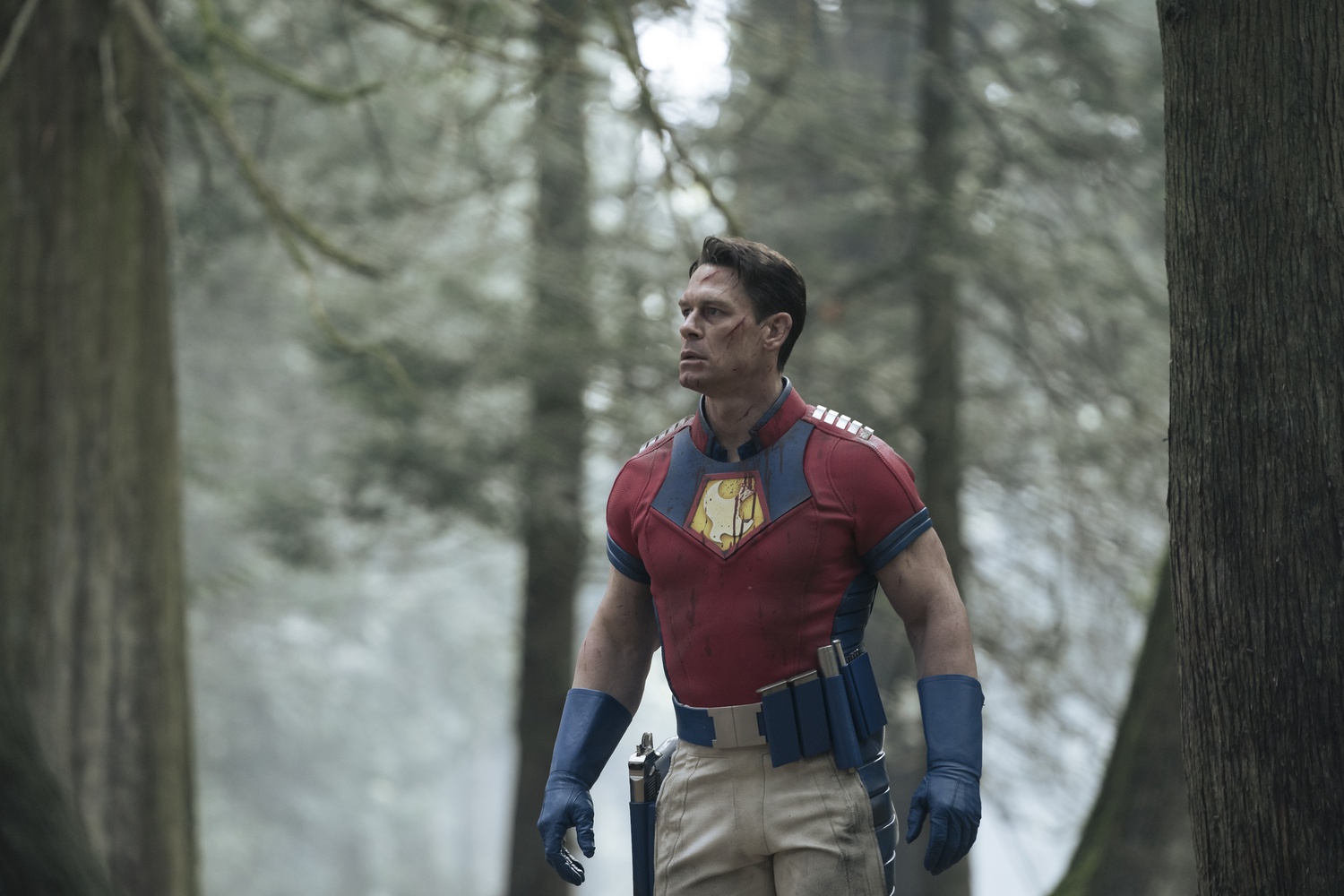 This review contains spoilers for Season One of “Peacemaker” on HBO Max.

Such is the epiphany of Leota Adebayo (Danielle Brooks) a little more than halfway through the season finale of “Peacemaker,” entitled “It’s Cow Or Never”. Earlier in the season, it is revealed that issues in Adebayo’s personal life have left her no option but to join the family business. There’s only one problem: Her mother is the stone-cold intelligence agent Amanda Waller, and the family business happens to involve espionage, superhero shenanigans, and otherworldly threats. While this job doesn’t initially seem to align with the lifestyle of the mild-mannered Adebayo — who previously worked at a dog shelter — her experiences in the field with Peacemaker (John Cena) and the rest of their secret ops team in season one help her settle into her newfound role. And while Adebayo’s burgeoning confidence fully comes to fruition in the season finale, it’s interesting to see that the brash-on-the-surface Peacemaker is as vulnerable as ever, and hence that he is perhaps not “made for this sh*t.” In any case, these inverted character arcs — as well as the careful execution of crucial character moments in general — are what really make this finale shine.

Peacemaker, whose real name is Chris Smith, claims to be a superhero, but his reputation is rather more like a no-nonsense assassin. The character, first introduced on the big screen in 2021’s “The Suicide Squad,” operates by the following logic, as he states in the film: “I cherish peace with all my heart. I don’t care how many men, women, and children I need to kill to get it.” While this line is largely played off as satire in the film, “Peacemaker” adds nuance to the character’s driving philosophy; it is revealed that Chris accidentally killed his older brother Keith as a child, during a fight they were forced into by their abusive father, Auggie. Chris hence swears that he would only ever kill for peace, and as such, he eventually does kill Auggie after being ambushed by him in the season’s penultimate episode.

However, just because Auggie is gone doesn’t mean he’ll be gone from Chris’s mind. During a harrowing sequence in the finale when Chris is by himself in the woods, he hallucinates that Auggie is there with him, and the two begin to energetically curse each other out. Balancing comedy and intensity in this way is something the show’s writers excel at, and its effect is enhanced in this scene when we see Chris through the eyes of Harcourt (Jennifer Holland), another member of the team. From her point of view, Chris is engaged in a heated argument with a tree; there is hence an uncomfortable tonal shift that poignantly portrays Chris’s haunting reality, and this scene’s powerful use of perspective shows us how Harcourt gains a deeper understanding of his oft-hidden trauma.

Fortunately, things aren’t always so complicated for Chris. In a brutal but captivating action sequence, Chris, Harcourt, and Vigilante (Freddie Stroma) surge into battle with the villainous “Butterflies,” parasitic alien beings who use human hosts and are trying desperately to protect their species’ food source: A gargantuan cosmic cow. The sequence, which is set to the show’s hard rock theme song, Wig Wam’s “Do Ya Wanna Taste It,” is decidedly epic. It’s definitely a highlight for Vigilante, who, while being something of a merger between Chris’s best friend and biggest fan, does not share his moral qualms; he instead blazes a berserk trail of blood and guts, providing comic relief all the while. Vigilante and Harcourt are eventually incapacitated, though, which paves the way for Adebayo to join Chris in an effort to kill the cow.

At the episode’s climax, the leader of the Butterflies pleads with Chris to support their cause. She claims that rather than aiming to rule Earth, the Butterflies hope to save the human race from itself, even if that means killing humans along the way. This assumption of authority appears to resonate with Chris’s perennial quest for peace-by-murder, thus providing a parallel that effectively crystallizes his moral dilemma. He eventually decides against helping the Butterflies, a decision which is followed by Adebayo’s murder of the cow — thus further solidifying her place in her new line of work. Nevertheless, towards the end of the episode, Chris asks Adebayo, “Did I just kill the world?”, making his anxiety and self-doubt more apparent than ever. Adebayo reassures him of his choice, though, and the stark difference between her resolve and Chris’s distress in this scene is another indicator of the show’s success in developing these characters in opposite directions.

In the season’s final scene, Chris sits down on his porch, undoubtedly wondering what trajectory his life will take from here. As if this tense moment of reflection isn’t enough, after a couple of seconds, Auggie takes a seat next to him, sporting a sinister grin. Perhaps more stirring than the scene in the woods, this one doesn’t need any dialogue to show that the wounds of Chris’s past are not going to leave him alone any time soon. Evidently, before he can gain clarity on how he wants to bring about peace in the world, Chris must figure out what it means to find peace for himself. This is likely where we’ll pick up in the recently-announced season two.