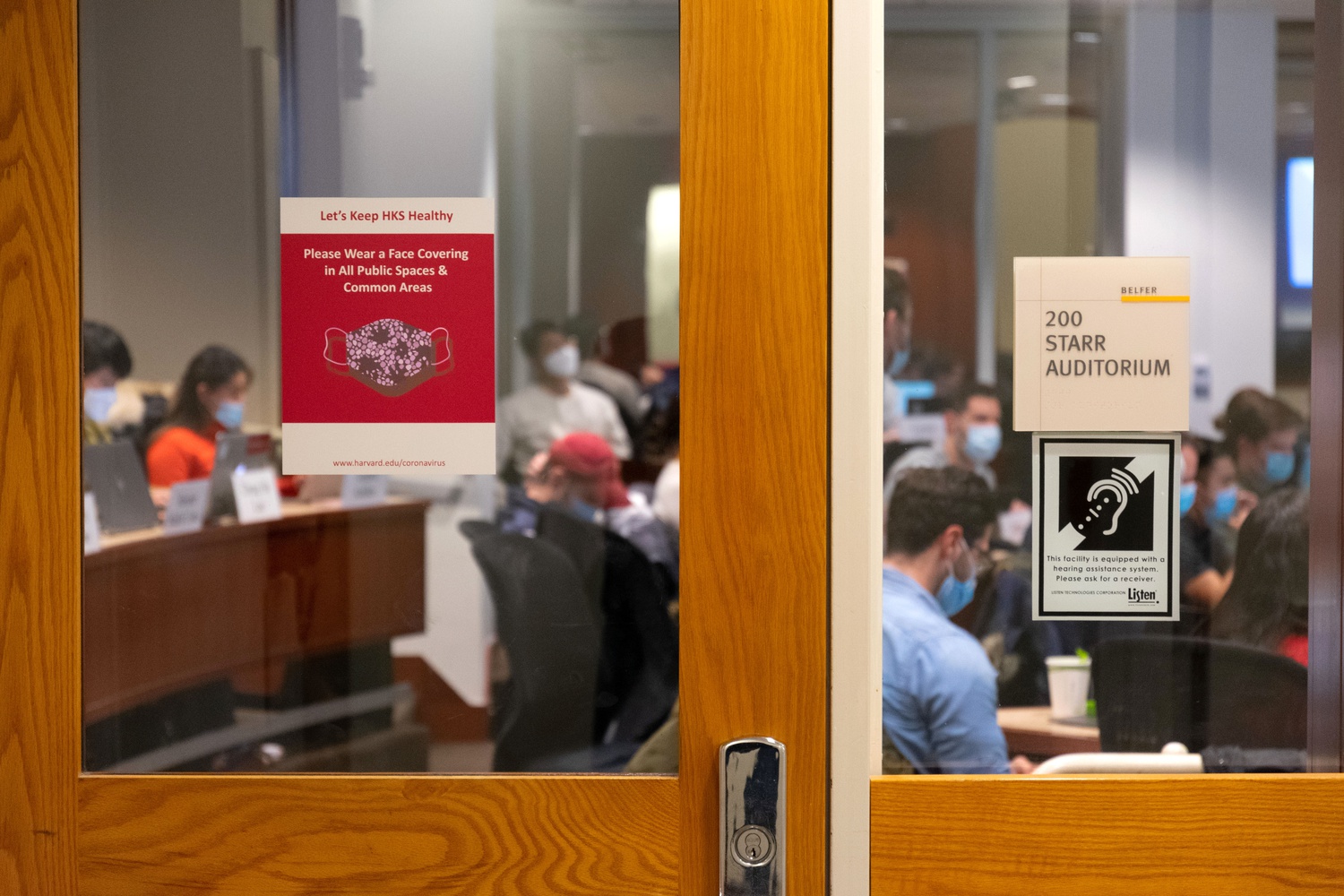 A required Race and Racism course at HKS has faced a shortage of resources and teaching staff. By Julian J. Giordano
By Miles J. Herszenhorn, Crimson Staff Writer

Following years of activism calling for more instruction on race at the Harvard Kennedy School and the murder of George Floyd, HKS added a race and racism requirement to its Master’s of Public Policy program in 2020.

The new requirement has been a “huge step forward,” according to HKS professor Khalil G. Muhammad. In the fall, HKS expanded the requirement from a two-week-long intensive module to two half-semester courses.

But students say the Kennedy School has failed to provide sufficient institutional support for one of the requirement’s two flagship courses, “Race and Racism in the Making of the United States as a Global Power,” taught by Muhammad.

The second course included in the requirement — a six-week class focused on policy — splits students into four sections, each taught by a different professor. Muhammad teaches the first 240-person course alone.

Ketaki S. Zodgekar, a first-year MPP student, said the class was “pretty under-resourced” compared to other mandatory courses at the Kennedy School.

“It was pretty notable that one professor — Professor Muhammad — was responsible for 240 students taking this course for the first time,” she said. “My perception was that there wasn’t enough support for the course from HKS administration.”

Adam D. Schutzman, a course assistant, said being responsible for an entire cohort of students was challenging for Muhammad.

“It’s a large burden to put on one professor for a course that’s supposed to be fully part of the curriculum,” he said.

Unlike other courses in the program's core curriculum, Muhammad’s course met in person only once a week, with its lectures held virtually.

“Given both the importance of starting a new class on this topic that was gravely needed at the Kennedy School, but also recognizing the sensitivity of the material, I think you really need to get support for both students to process it [and] have conversations,” she said. “And that was something that we had little of.”

Erick Boone, another course assistant, said he thinks if the class held lectures in-person, it could have brought in other professors.

“I think that would be a good space or opportunity for maybe additional faculty to come in, just so that the onus doesn’t fall squarely and uniquely on Professor Muhammad,” Boone said.

Muhammad said part of the reason the course seemed under-resourced to students was a dearth of other faculty members who are qualified to teach it.

“The problem is really a faculty problem,” Muhammad said.

Kennedy School spokesperson James F. Smith wrote in a statement Monday that HKS “has worked hard over the past two years to establish an effective required course on race and public policy for our MPP students.”

“We pay close attention to student feedback, and we look forward to continuing to strengthen this and related offerings as part of our stated commitment to take concerted action on diversity, equity, and anti-racism,” he wrote.

Muhammad said HKS has made “huge progress” over the six years he has taught at the school.

“The fact that the entire MPP cohort, for two years now, has had this course — in whatever form it’s taken — is a huge step forward and a huge benefit to their education,” he said.

Still, Muhammad said it is “obvious” more faculty need to be hired who have the expertise to teach the class.

“If I go on leave, then they’ll have to find someone to teach the first part of it," he said.

“They might disagree and say they think someone else can teach it,” he added. “I beg to differ.”