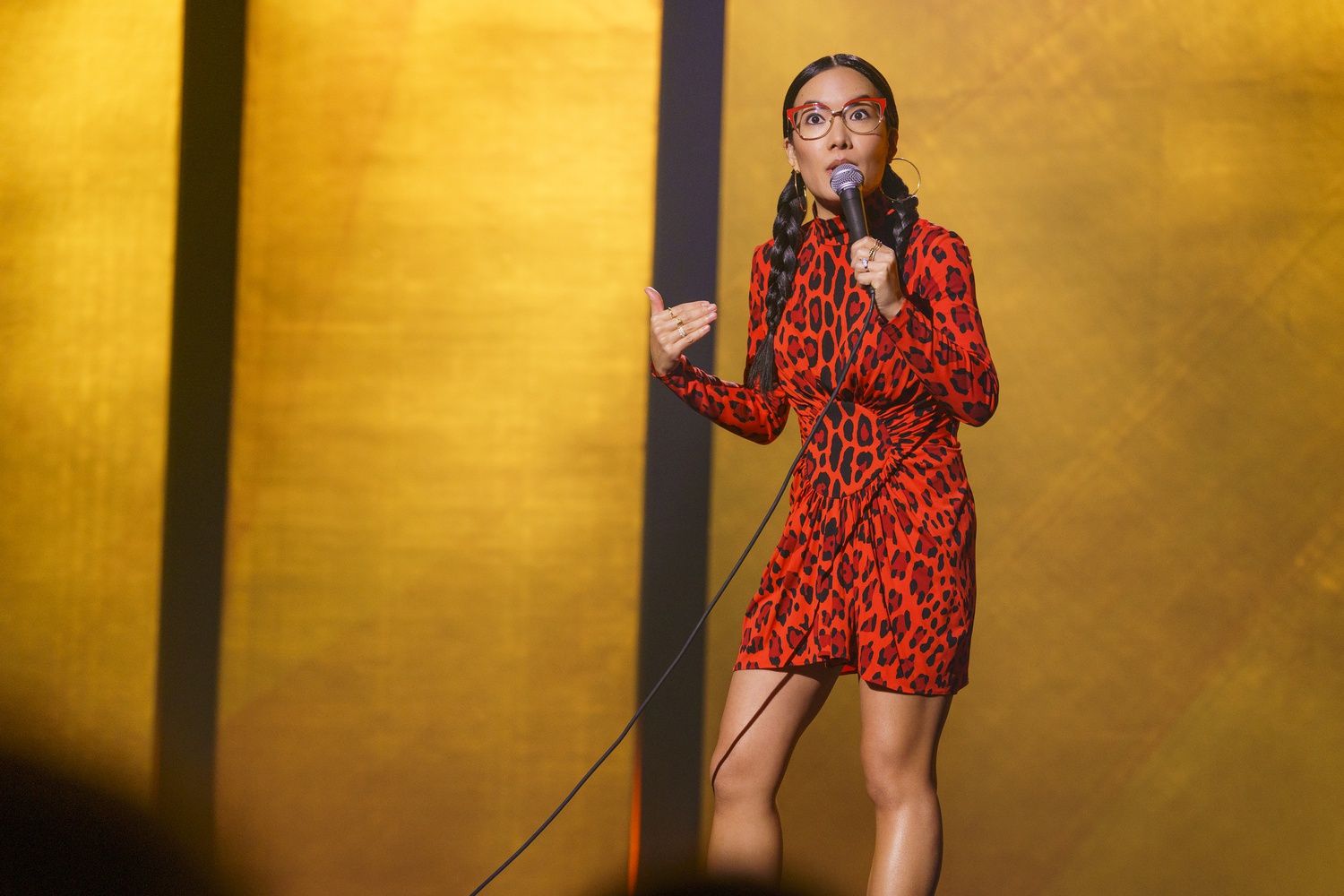 Ali Wong saunters onto the stage in flats and a red cheetah print dress. The message is clear: Ali Wong has arrived –– not just to the event, but to the peak of her career. The don is here.

In her third Netflix comedy special “Don Wong,” Ali Wong is sure of herself. She isn’t still establishing herself in the world of comedy nor is she pregnant like she was in her previous Netflix specials. By now, we know she owns this stage — and in this special, she takes us through what we’ve missed since her last special “Hard Knock Wife” in 2018: from her colonoscopy after shooting the rom-com “Always Be My Maybe” to her moral disagreements with the viability of “fan pussy” versus “fan dick.” This is, of course, in the context of the glorification that male comics receive versus their female peers: Men get to reap obscene rewards from their fan base whereas women are often put in stalker-esque situations by theirs. Indeed, “fan dick” should therefore be avoided at all costs. In the end, Wong does what she does best. She’s able to intertwine hilarious stories from her own life with a common thread, getting us all to agree that yeah, women do deserve better, even without being especially exceptional. Throughout an hour of slight absurdity, she drives this point home.

In keeping with her usual comedic style, Wong ties her set together with one overarching idea. Tonight's theme? How badly Wong wants to cheat on her husband. (Spoiler: it’s like, really badly.) Isn’t she right though? Wong points out how if a male celebrity cheats on his partner, his actions will likely have little effect on his career. Female comics, however, aren’t afforded the same luxury.

Wong’s smart mix of humor and social commentary is what truly makes the special shine. What Wong is doing in making this point is much bigger than the constant thought of “I wish I could cheat,” but points to legitimate inequities in the professional sphere. Wong manages to hide real and legitimate commentary on gender within her main, very sexual, bit. These overarching themes are what make her such a smart comic aside from her on-the-nose sex-related jokes and skilled delivery.

However, the special does have some moments where Wong waivers a bit. Firstly, as with any performance that is based on a personal narrative, Wong’s comedy is not always as inclusive as it could be. For example, Wong’s discussion of a woman’s right to “have it all” remains within the binary of her heterosexual relationship. Wong critiques the pitfalls of straight men and straight men alone, which is fair enough but ultimately limiting. Of course, we can’t expect her to solve all of these issues in one hour-long set –– still, it’s not hard to want a little more.

Still, Wong makes her point and does so fabulously, anchoring her jokes in reality by talking about her real relationship with her husband. In all honesty, she seems really grateful for him and wants us to know it — her desire to cheat was rather obviously never the main point of her set. Wong continues to fight for women to not have to be excellent or stand out in order to be afforded the same rights as men. Essentially, Ali Wong wants to “have it all” — the family, the career, and the sex hat her male counterparts are afforded –– without having to be exceptional. While she may make this argument within the binary of her own life, it’s a point that can be translated to just about any scenario of injustice. Even while faking an orgasm on stage, Ali Wong keeps her audience engaged and even enlightened.