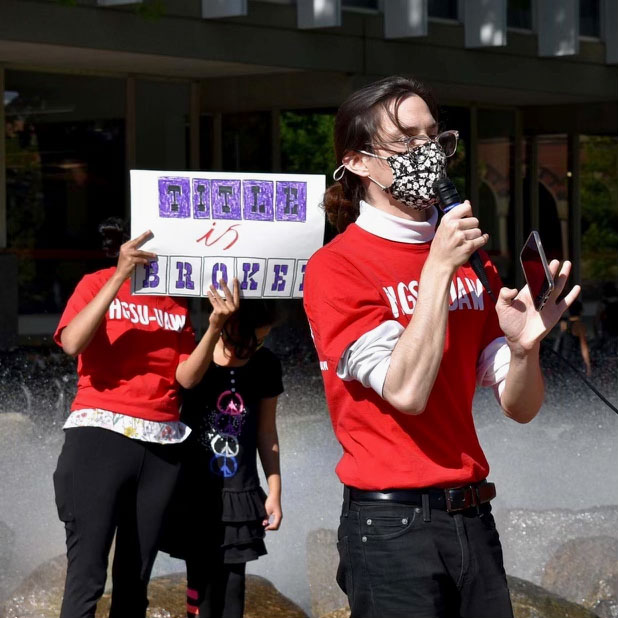 The new leaders said they hope to focus on long-term structural goals after the union agreed to its first contract with the University last November.

Ljunggren, who ran uncontested, will serve a three-year term.

“What you’re going to see a lot in this next year is us coming together and trying to find rank-and-file ways and solutions to push for a lot of these changes at the extra-contractual level,” Ljunggren said.

The union is led by a president and vice president, who are overseen by a group of three trustees who are also elected by general membership. Two trustees from last year will stay on.

Amulya Mandava, the new vice president, said the board hopes to institute a “membership growth plan.”

“It’s important to know we mean more than just having more people sign union cards,” she said. “It also means having those people who are card-holders — who are members — be more actively engaged in the organizing efforts of the union.”

HGSU-UAW went on strike in 2019 after negotiations for its first contract with Harvard stalled. The union went on strike for three days this March before securing its first-ever contract.

“It’s still kind of tumultuous and I think we’re still trying to hopefully one day build trust with the University,” Ljunggren said. “I just don’t think we’re quite there yet.”

Ash E. Tomaszewski, a second-year at Harvard Law School who previously served on the union’s bargaining committee, wrote in an emailed statement they are “extremely excited for our next e-board and to see what they do.”

“I’ve worked with many of the new e-board members in the past and have the utmost confidence in their abilities and devotion to our union, to improving working conditions for student workers, and to ensuring we stay dedicated to fighting for protections from sexual harassment and discrimination,” Tomaszewski wrote.