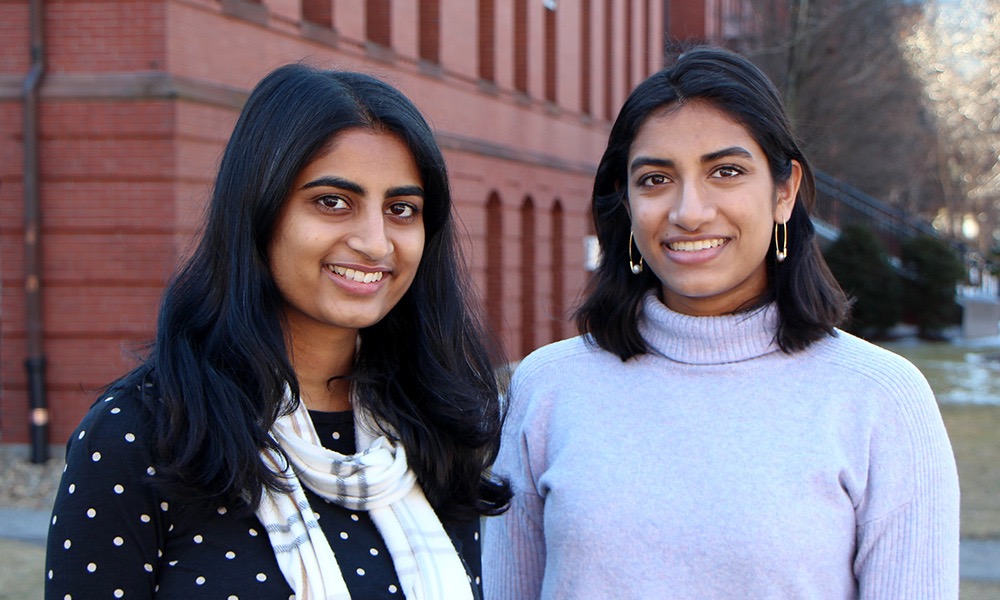 Patel — who is joint-concentrating in Neuroscience and Government — will pursue a M.Phil in Development Studies, while Sumathipala plans to receive her Ph.D in Neuroscience through Gates Cambridge.

The Gates Cambridge Scholarship program was established in 2000 when Bill and Melinda Gates donated $210 million to the University of Cambridge. Each year, the trust pays for the full cost of postgraduate studies — which includes tuition, airfare, and a living stipend — for around 80 recipients worldwide.

Sumathipala said she always knew she wanted to be a scientist, and she began conducting her own experiments when she was in middle school.

“When I was 13 I started growing flies in my bedroom and did little science experiments on them and have spent most of my time ever since then working towards this goal of becoming a scientist,” Sumathipala said.

After suffering a severe concussion as a serious figure skater in high school, Sumathipala developed an interest in studying neurological diseases, which will be the focus of her research at Cambridge.

“After the concussion, I was going to doctors and none of them really had answers for why I was still having symptoms years after the concussion, and how they could help me,” Sumathipala said. “That sort of frustration about how little modern medicine had to offer to people with brain injuries and disease sparked an enduring passion for neuroscience research.”

Sumathipala will conduct research to help develop treatments for diseases like ALS and frontotemporal dementia at Cambridge’s Homerton College.

At Lucy Cavendish College, Patel will pursue a M.Phil in Development Studies exploring the neurological and political effects of witnessing violence.

Patel said her undergraduate concentration in Government and Neuroscience has fueled her interest in the interdisciplinary study of the two fields.

“I’ve been studying political science and thinking about how violence affects our identities as citizens and also just broadly, the sorts of political, social, and economic forces that shape our lives,” Patel said. “On the neuroscience end, I got really excited about experience-based brain development and how environmental influences can affect our mental health.”

Sumithipala and Patel both expressed gratitude toward their mentors at Harvard.

Sumathipala said she was especially grateful to her mentors at the McCarroll Lab for “helping [her] to grow as a neuroscientist and preparing [her] for a Ph.D.”

Patel said she attributes her success to the support of her network at Harvard.

“I definitely could not have done it without the support of just a lot of professors, mentors, teaching fellows, Elliot house community members,” Patel said. “It was really a team effort.”