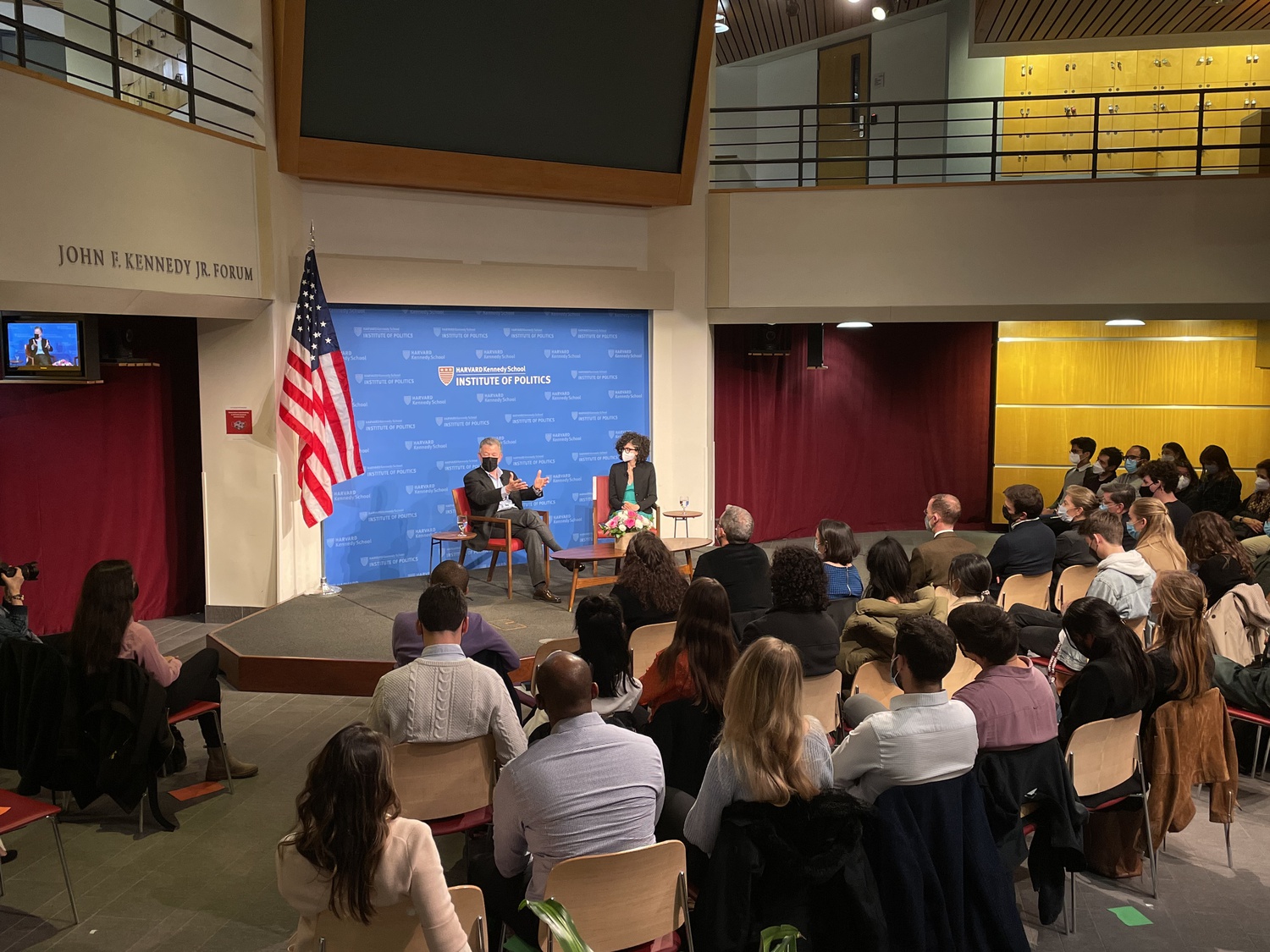 Former Colombian President Juan Manuel Santos welcomed his country’s recent move to decriminalize abortion in his first public remarks since the ruling at a Harvard Institute of Politics forum on Wednesday.

Colombia’s Constitutional Court released a historic decision on Monday that decriminalized abortions during the first 24 weeks of pregnancy, following in the footsteps of Mexico and Argentina. Previously, abortion was only allowed in Colombia under very specific circumstances, and receiving an illegal abortion was punishable by several years in prison.

Santos called the court’s ruling “very controversial,” but said he supported the move.

“I agree with what the Constitutional Court did in Colombia, expanding the weeks where abortion is allowed,” Santos said. “I think it was a correct move, and I support it.”

“If you ask me, I think they did the right thing,” he added.

In an interview before the event, Santos declined to explicitly give his support for further legalizing abortion rights.

“We are a very conservative society and conservative country,” he said. “I think this gradualism is a correct way to proceed.”

Santos said he believes this is part of a global trend toward abortion legalization.

“Eventually, I think all the countries are moving in that direction,” he said. “We have to measure the convenience of doing things at the correct pace.”

Santos, who won the Nobel Peace Prize in 2016, was greeted by a packed house at the forum, where he was joined by Kennedy School professor Yanilda María González. In addition to the decriminalization of abortion, they discussed climate change and challenges facing democracy in the U.S. and Latin America.

At the forum, Santos also explained how the impact of the pandemic on countries’ economies has made it more difficult to transition to green energy. He noted that Colombia’s primary export is oil, and the country is also a major exporter of coal.

“We go and we promised in Glasgow that we are going to do many things,” he said, referring to the United Nations Climate Change Conference held in the fall. “But we go back, or the government goes back, and does exactly the opposite because of the lack of political capacity to take the decisions that are many times difficult to take.”

Santos said Latin America has an “extremely important” role to play in combating climate change because of its ecosystems and biodiversity, but political issues have prevented the region from doing more.

“We are a fundamental part of this challenge to make this world a cleaner world and environmentally sustainable world,” Santos said. “But unfortunately, the political situation and the democracy is making that possibility more and more difficult.”

Santos also addressed the United States’ deteriorating standing on the world stage, saying that the U.S. is failing to lead in the Americas.

Recent political scandals in the United States have had a strong effect on Latin America, according to Santos. He pointed to the Capitol insurrection last January as an event that could inspire other attacks on the legitimacy of democratic processes.

“Nobody really thinks that the U.S. can exercise the type of leadership that should be present,” Santos said.