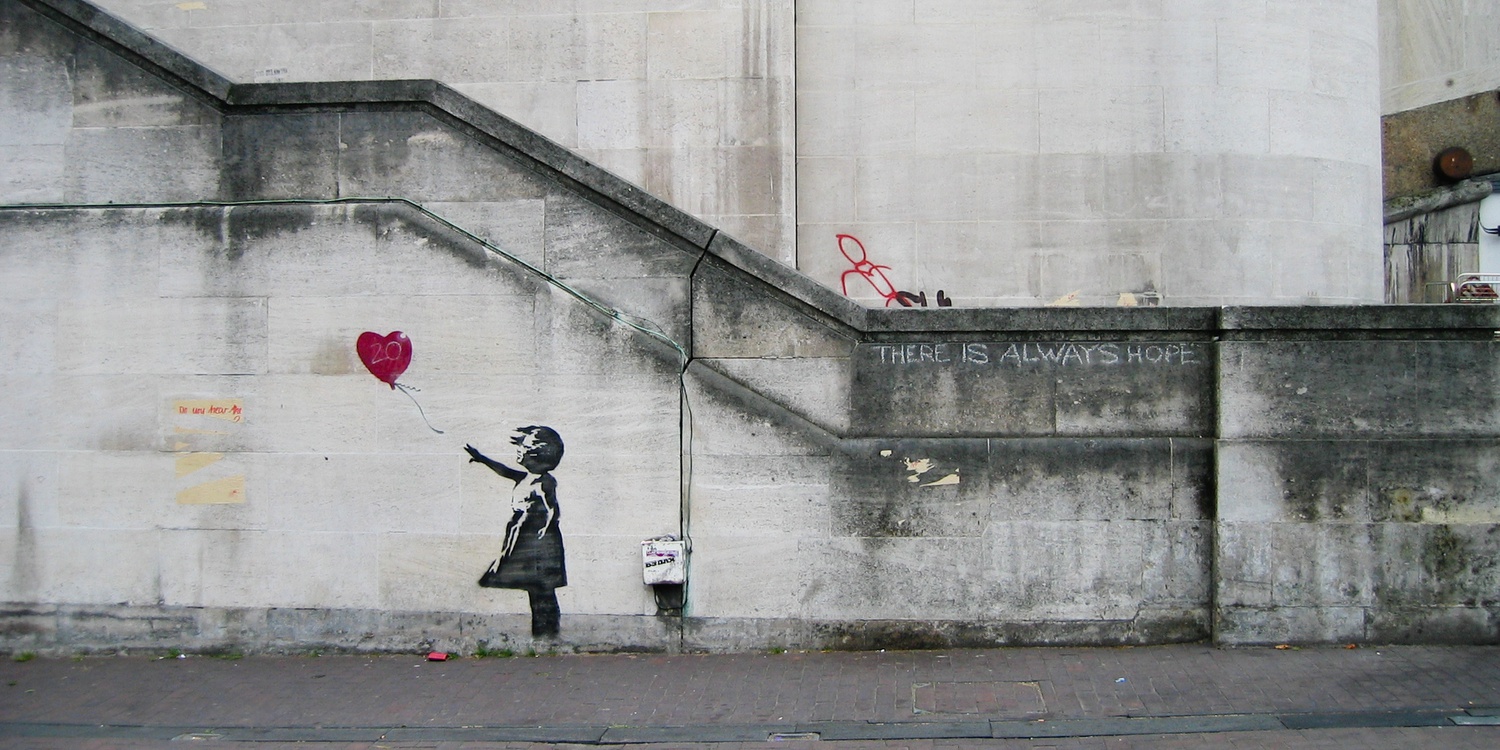 A stream of eager visitors lined up at the Harvard Coop the night of Feb. 16, not to shop for university merchandise, but rather to catch a first glimpse of $35 million worth of art by world-renowned artist Banksy.

To mark the start of its 60-day presentation, “The Art of Banksy,” held an exclusive preview for press and invitees, presented by StarVox Exhibits. The show, which features iconic images such as “Girl with Balloon” and “Flower Thrower,” has drawn from collections across the globe to amass the largest assembly of privately-owned Banksy art yet.

“This is really a once-in-a-lifetime opportunity to see these pieces that otherwise would be in warehouses, in private collections, in the homes of rich and famous people,” Producer Corey Ross said during his opening remarks at the event.

After touring in cities around the world, the exhibit has come to Boston and set up shop in the Coop. According to Ross, transforming a space intended for retail into one for display has been a difficult task.

“One of the big things we do is…repurposing spaces that are not traditional art galleries,” Ross said. “One of the reasons we do that is I think the art shows better, and it meets new patrons.”

Acacia A. Gibson, who works for Carol Fox and Associates, the firm promoting the show’s arrival in Boston, said that Harvard Square is a prime location for reaching diverse audiences. Ross also commended the site, mentioning that Banky’s defiant message complements the locale.

“I just thought to do a political artist here right in the heart of where all the students are and where a lot of the politics happen in Boston made it the right spot,” Ross said.

Event attendee Derek P. Zagami said that Cambridge is lucky to host a show that has traveled the world. “This is something different and I feel as though different is what people need right now,” Zagami said.

Ross described “Girl with Balloon” and “Flower Thrower” as the “Mona Lisas of Banksy,” but he believes that everyone will find a piece that speaks to them.

“There's just a lot of fun different pieces up there that make you laugh, make you think, and are really amazing to see all in one place,” Ross said. “It's amazing how he's managed to create these kinda sticky, memorable images that are both comedic and political.”

Indeed, different displays stuck out to different guests as they perused the exhibit. Zagami’s favorite was Banksy’s infamous prank in 2006 that planted altered, satirical versions of Paris Hilton’s debut album in music stores across the U.K. Gibson liked “Have a Nice Day,” a print of military personnel with smiley faces superimposed on their heads.

“I just thought the juxtaposition of the smiley faces with masked troops was so startling and really made you think, like it raises lots of different feelings — this is clearly not a happy moment,” Gibson said.

Ross commented on the paradoxical nature of Banksy’s art, which opposes capitalism while selling for millions of dollars.

“I think the irony on irony of it is, when you go through this exhibit and you think about Banksy, who's had this incredible anti-commercial message, there is like $40 million that he's sold upstairs. So he is one of the wealthiest anti-commercialists in the world, and so part of the irony is to see that,” Ross said.

“The Art of Banksy” announced on Feb. 14 that it will be extending its stay from the original end date of April 3 to May 15 due to popular demand. After attending the preview, Zagami recommends visiting the show for a date night or just for something fun to do.

“It's something that you're not going to see all the time, and I think people need to step out of their comfort zones a little bit and take an adventure and…explore. And you learn a lot in the way,” Zagami said. “I just think people should take a risk. Come out. I love it.”