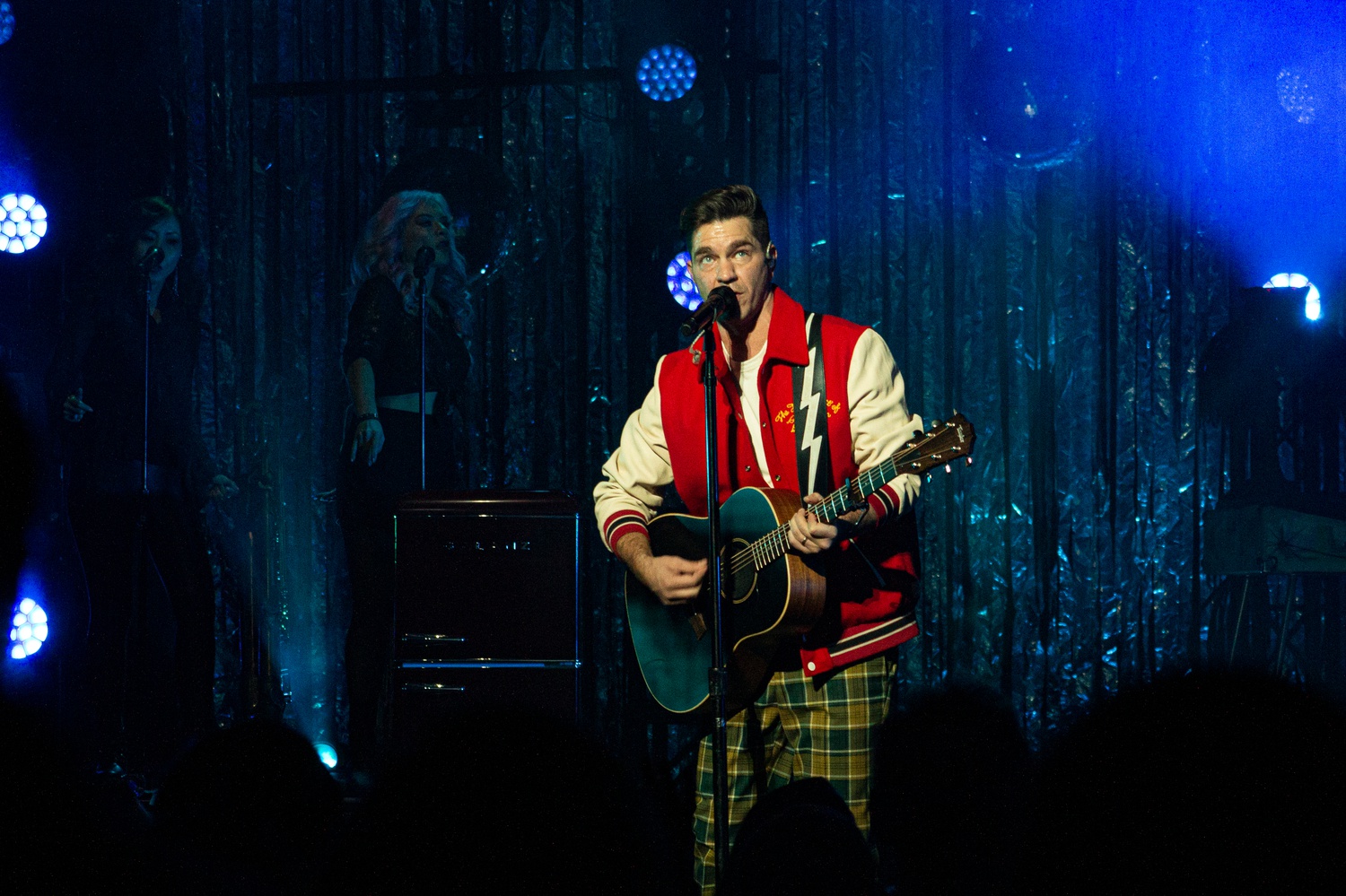 Under almost any circumstances, a title like the “Art of Joy Tour'' would come across as corny and over-the-top. Andy Grammer, performing in Boston’s Orpheum Theatre on Feb. 9, somehow managed to live up to his magnanimous tour name, delivering enough earnestness to melt even the coldest cynic’s heart. Even in a venue better equipped for a musical than a pop-rock concert, Grammer managed to immediately raise the crowd to their feet, running through a setlist that was equal parts energizing and heartfelt. Commanding the stage with an unwavering optimism, Grammer seemed positively determined to make sure every audience member walked out of the Orpheum with their heads held a little higher, their hearts a little more open, and maybe even with a new “lease on life.”

The opener, Alt Bloom, immediately set the tone for the entire concert with an array of upbeat and catchy pop tracks. When Grammer finally took the stage, dressed in a varsity jacket and a pair of plaid pants, he launched not into a song but a passionately-delivered poem. The audience listened with rapt attention to this first spoken word piece, making his sudden shift to his new single “Damn It Feels Good To Be Me,” complete with trumpet blasts and a riveting saxophone, all the more magical. 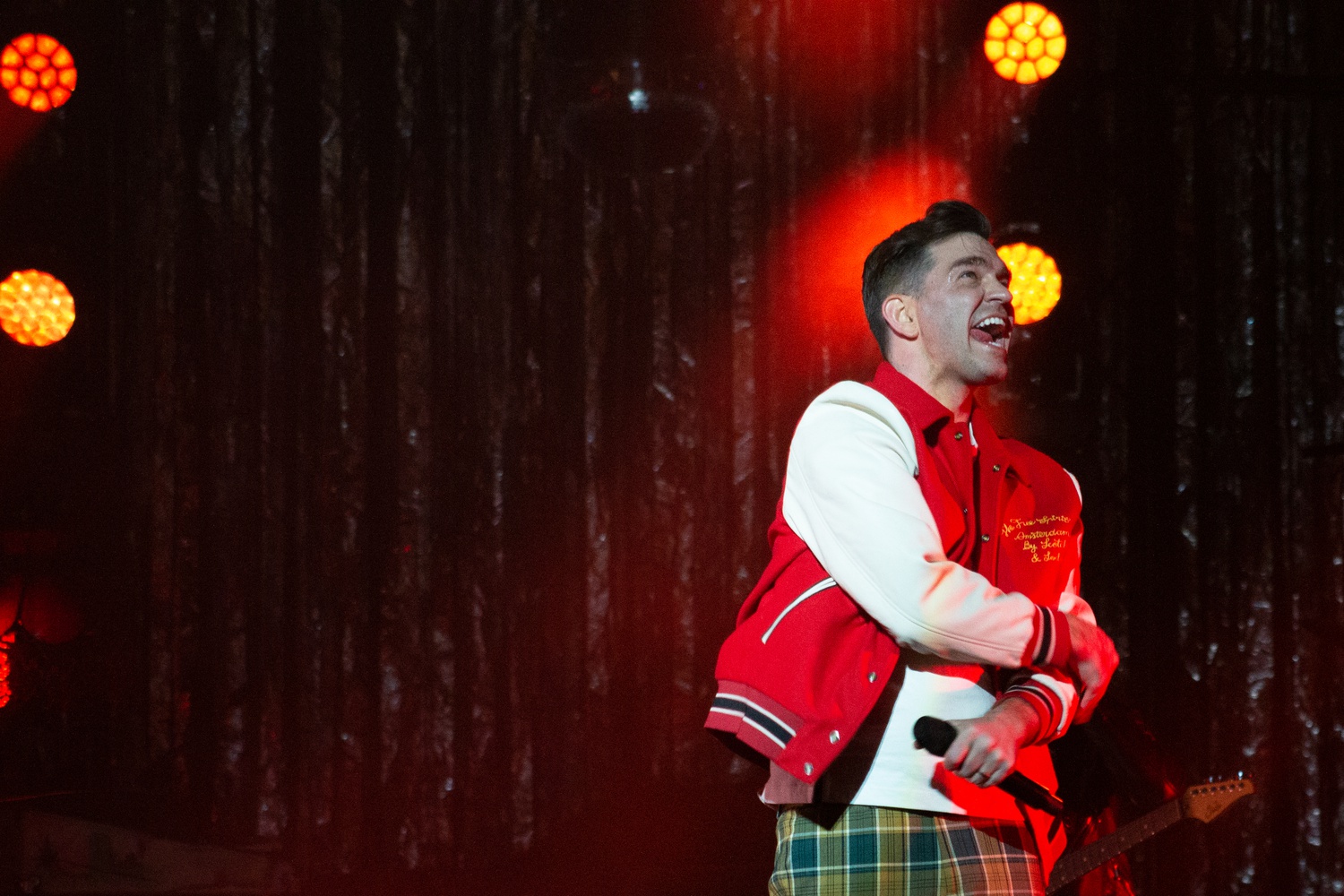 Striking a proper balance between the old and the new, the singer-songwriter alternated between fan-favorites like his career-launching “Keep Your Head Up” and “Fresh Eyes” as well as new tunes he wrote over quarantine — including a supposed love song to himself (“Love Myself”) and one addressed to his newborn daughter (“Good Man”). Already known for his career-defining hits, equal parts pop, rock, country, and R&B, Grammer managed to blend these various styles even further with some cleverly designed mashups. While his incredibly popular “Honey, I’m Good” might have been played to death on the radio in 2014, Grammer breathed new life into the chart-topper by remixing it with Earth, Wind & Fire’s classic “September” — an idea he said he got from a TikTok user. This groovy moment wasn’t the only one inspired by the video-sharing app: Grammer also performed a dynamic cover of Louis Prima’s “Pennies from Heaven,” a 1930s jazz tune that blew up on the platform around Christmas time in 2020, claiming it was impossible to listen to the song and not feel happy.

A testament to the reciprocal relationship between artist and audience, Grammer seemed to derive as much energy and giddiness from the crowd as his fans were feeling from his set. Beyond the standard “Boston, we love you!” proclamations, Andy got his fans directly involved in his music-making, teaching them the chorus of a new song — “Love, it’s the new money” — and recording the audience’s singing as part of the ongoing project.

While joy and celebration were the motifs tying together Grammer’s charismatic performance, he also proved to be an incredibly vulnerable artist. As Grammer made the effort to get to know his audience a little better, he likewise let his guard down and shared deeply personal and rather dark moments from his own life. Instead of bringing down the overall happy mood, these serious moments made the joyful ones all the more cathartic. For instance, midway through the show, he performed, “She’d Say,” a touching tribute to his late mother where he explains to his daughter all the advice her grandmother might have given her if she were still here. Grammer shared with the audience that his mother died of breast cancer when he was 25. Towards the end of her life, she had told him that everytime he heard a Billy Joel song, it meant she was saying “hi” to him from beyond the grave. Flash forward to the day of the Boston concert, when Grammer noticed the caterer for the Orpheum Theater wearing a Billy Joel sweatshirt, a coincidence he interpreted as a loving sign from his mom. To top it all off, Grammer learned that the caterer’s name was also Joy, just like the title of his tour, and invited her on stage for a proper serenade.

Nothing quite compares to watching a talented performer completely in their element, sharing their art with an undeniable, infectious passion. Yes, Grammer knows how to write catchy songs that will get his crowds up on their feet dancing, but more importantly, he also knows how to make these same people feel deeply loved and appreciated, with a warm, fuzzy feeling that lingers long after the stage lights have gone out.

—Staff writer Samantha J. O’Connell can be reached at sam.o’connell@thecrimson.com.