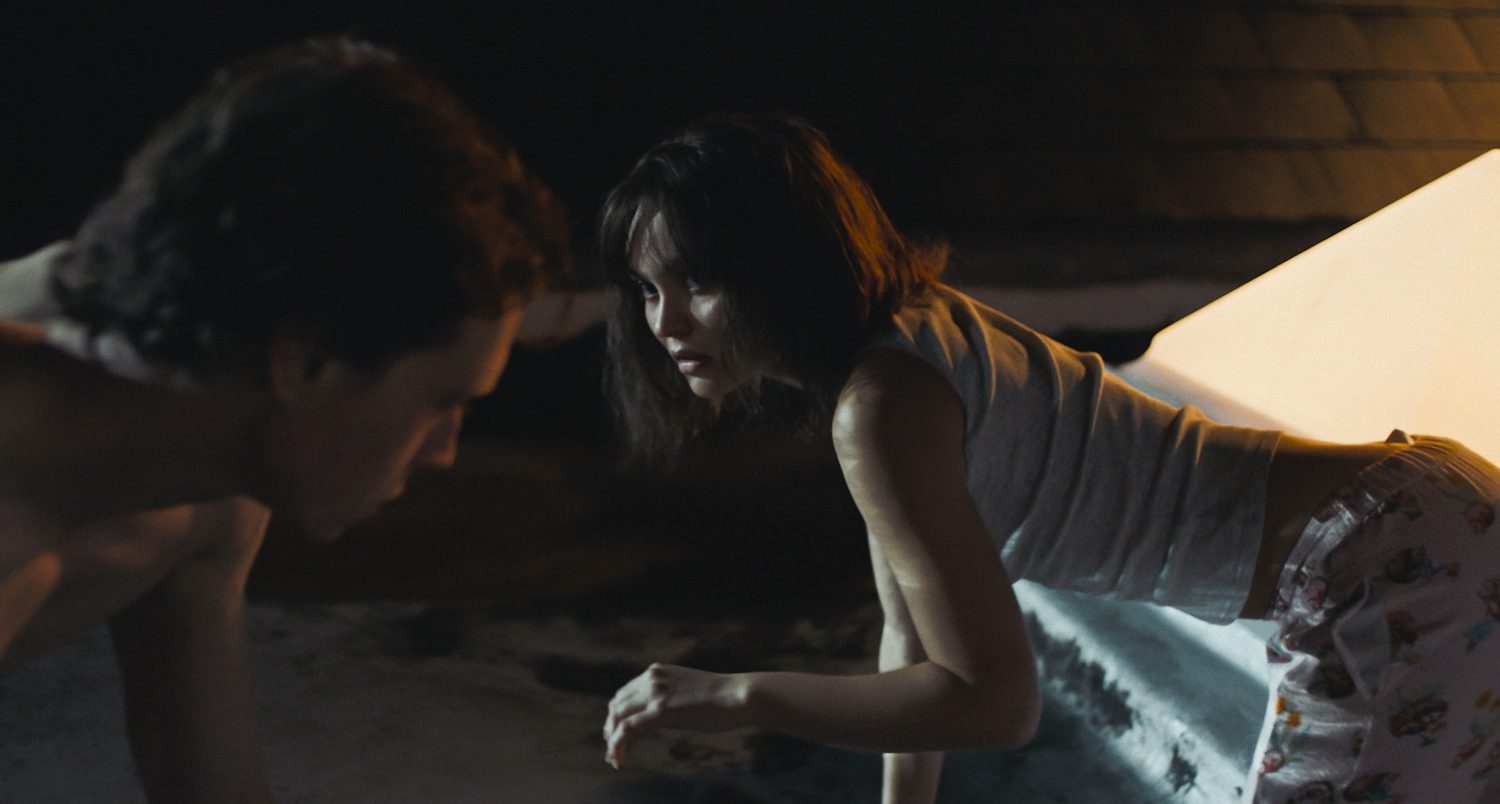 In Nathalie Biancheri’s “Wolf,” animals and great acting are aplenty, while narrative consistency is nowhere to be found. The picture spends 98 minutes trying to make statements on topics as varied as technology, love, and the meaning of normality, but ultimately fails to say anything worthwhile.

“Wolf” follows Jacob (George MacKay), a young man who suffers from species dysphoria and believes himself to be a wolf. Confined by his parents to a mental health institution specializing in treating the condition, he and his fellow patients are subject to the Zookeeper’s (Paddy Considine) abusive treatments. During a full moon, he sneaks out of his room and meets Wildcat (Lily-Rose Depp), a fellow patient. The two soon develop feelings for each other that lead them to embrace their animal side.

To Biancheri’s credit, at no point does the film devolve into comedy despite its tricky subject matter. A fight at the beginning between characters introduced as Bear and Squirrel could turn into farce, but instead serves the purpose of establishing the ambivalence of the institution toward the well-being of its patients. The Parrot — constantly wearing an outlandish, fiery bird costume complete with a huge beak — is remembered not as the butt of a joke, but a character deeply traumatized after the Zookeeper dared her to fly out the window as a part of her therapy.

The film maintains a perpetually serious tone, revealing how the institution is a place of suffering and mental anguish — they are clearly dead set on results, with no regard for consequences. What the film seeks to achieve within that framing is less clear.

The film tries to engage in a profound conversation on the human experience. The Zookeeper, for example, believes that “technology reconnects us with our human side,” and that any measure used to reach what he views as normalcy is justified because humans are inherently “superior” to animals. His attempts fail, however, suggesting that what society and the medical authorities deem a mental illness might make for a valid and fulfilling alternative to modern life. But the narrative developments undermine the conclusion. Distinctly human romantic love, conversation, and intellectual ingenuity are framed as crucial to the protagonists’ eventual success and shown to be a source of their happiness.

An issue even graver is that Biancheri’s picture feels like a series of vaguely connected vignettes, with a very loose sense of narrative and temporal progression. Even the film’s most climactic moments between its two protagonists are characterized by few verbal exchanges or emotions that would ground them at a given point in the narrative. The characters’ continuous cycle of improvements and relapses make for what seems to be an accurate depiction of mental illness, but takes away the last opportunity to clearly establish the order of events through character growth — be it progress or regression. The result is a bizarrely indistinct yet perplexing and multifaceted story that, like a deck of cards or a Kafka novel, would make just as much sense if it were reshuffled.

The supporting performances only add to the confusion. It’s difficult to portray mental illness and erratic behaviors empathetically and convincingly. It’s even more difficult with employees of an asylum. Their job is full of interactions that seem unnatural and exaggerated. “Wolf” cannot surmount the challenges and simply misses the mark. The stiltedness of the portrayals of patients and especially the staff, more reminiscent of telemarketers or motivational speakers than real humans, breaks the immersion.

MacKay stands out, but his skill ultimately doesn’t lend itself enough toward narrative development. Granted, Jacob’s inspection of his face — the subtle touching of his nose, as if to make sure it’s real — conveys the peculiarity of the young man’s condition much more aptly than any conversation would. His struggle against the moonlight, the drawn out sequences of his stealthy movement on all fours, and the howling are brilliant and make for a convincing depiction. But even inspired portrayal becomes tedious. After half an hour, the film’s emphasis on body movements and facial expressions turns into little more than self-serving, if captivating, acting exercises without clear purpose.

“Wolf” can best be described as having no clear purpose. Self-contradictory and nonsensical, it could have been a mesmerizing short film. But as is, the picture offers 98 minutes of head-scratching accompanied by George MacKay’s fantastic, if largely futile, acting.