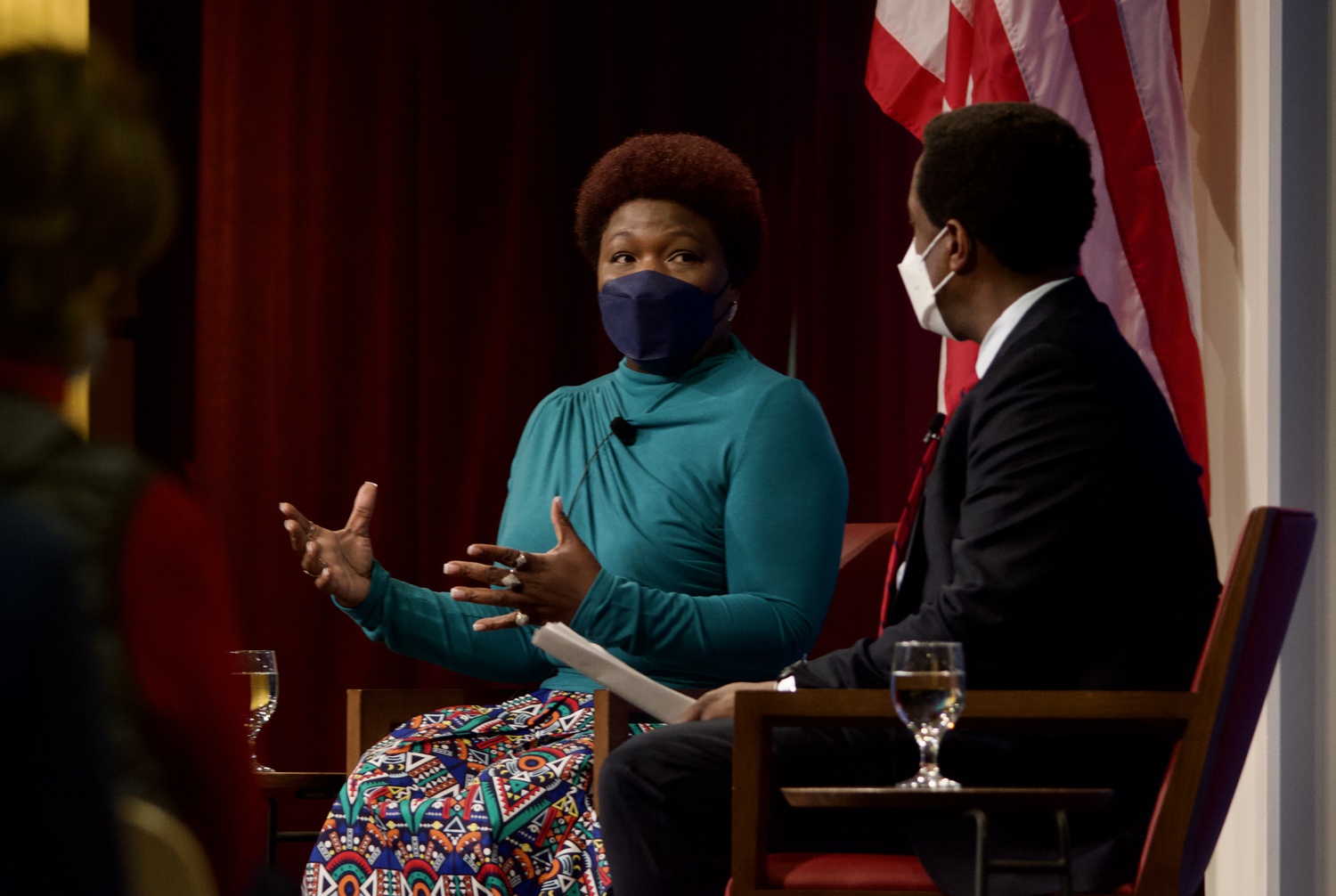 The event, titled “Public Service and Sacrifice: A Conversation with Shoshana Johnson, America’s First Black Female Prisoner of War,” was a part of the Veterans Impact Initiative, a partnership that includes the IOP. The discussion was moderated by IOP Executive Director Setti D. Warren, who is also an Iraq War veteran.

Warren said the initiative “seeks to bridge the military and civilian divide” by exposing Harvard students to veterans’ stories.

Johnson discussed her experience as a prisoner of war, including the events leading up to her capture in 2003. After crossing the border into Iraq on an assigned mission, her unit was taken by surprise, she said.

“We went into a city, the port was secure, because we had fallen so far behind the main convoy, and we were ambushed,” she said.

Nine members of Johnson’s unit were killed in combat, and she was taken captive, along with others.

Johnson was shot in both legs, suffering a torn Achilles tendon and a fractured bone during the ambush. She was then held in captivity for 22 days before being freed by a Marine Corps rescue mission.

“I did a lot of praying,” she said of her experience in captivity.

“I had six guys that were there to support me,” she added. “When we could, we gave words of support to each other.”

“The struggle is real,” she said. “Even with a wonderful family, even getting all the mental health care that I get being a former prisoner of war and a purple heart recipient … I still have been hospitalized three times since being home.”

Attendee John S. Cooke ’25 asked Johnson about the rise in mental health crises among veterans, posing a question about what policymakers should do.

After the event, Cooke said the issue was of personal importance to him given his family members’ experiences.

“As someone from a military family and someone whose mom served 20 years in the Air Force as a Black woman, I really wanted to come out to get that experience and get her experience, especially as a prisoner of war,” he said.