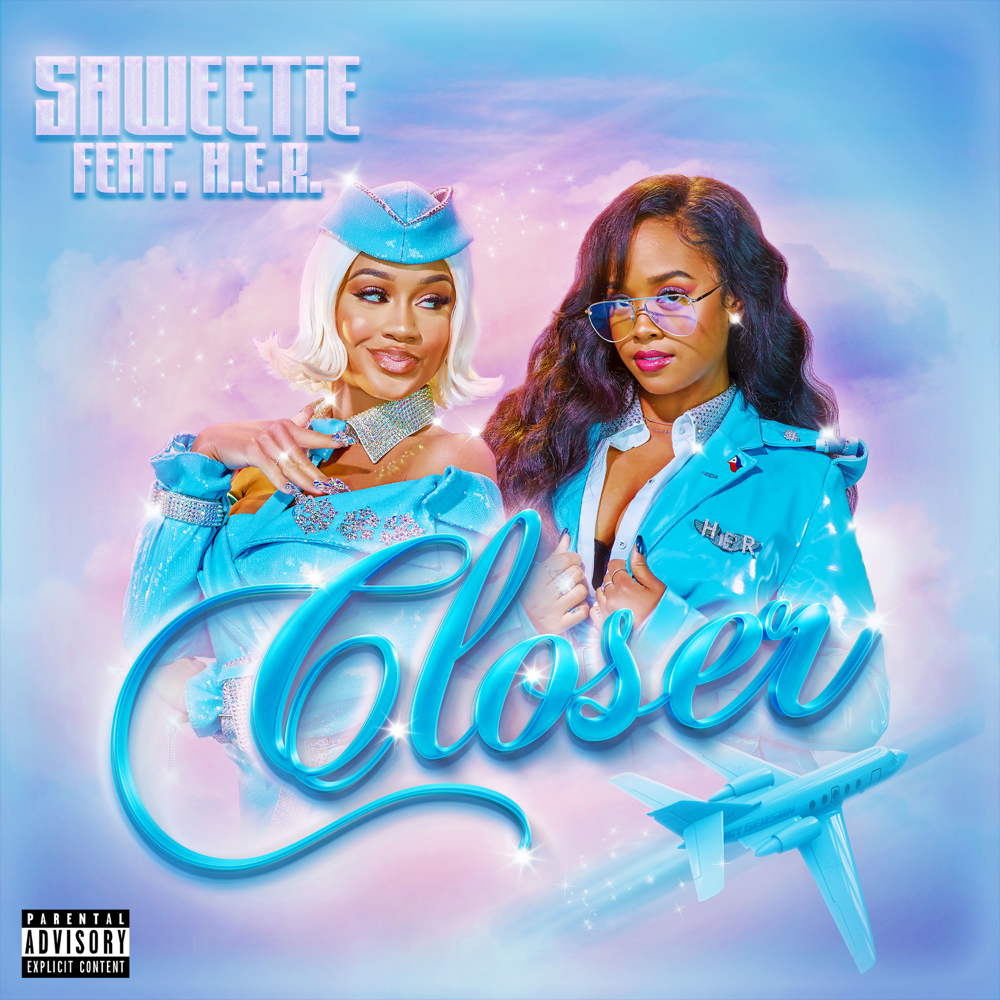 On new single “Closer,” released on Feb. 10, California rapper Saweetie delivers a sensual and opulent endorsement of the rapper high life. The track is the fifth single off her upcoming album “Pretty Bitch Music,” which was originally slated to drop last June. However, the project was delayed following a meet-up between the rapper and legendary pop artist Cher. Apparently, during this encounter, Saweetie realized that her songs needed more “soul” and “spirit.”

In the meantime, though, fans are receiving plenty of consolation, as Saweetie has been dropping hit after hit. “Tap In” spawned a viral TikTok dance, “Back to the Streets” was a smooth R&B jam, and “Best Friend” got Saweetie nominated for Best Rap Song at the Grammys.

Now, on “Closer,” Saweetie teams up with Grammy-winning singer H.E.R. It was only a matter of time before these artists united: Both have roots in the Bay Area, both are half-Filipino, and both are currently titans in the female R&B/rap lane. Given their extensive rap sheets, one sees no reason that a collaboration wouldn’t be a surefire hit. And the results are indeed strong.

On the chorus, H.E.R.’s airy falsetto glides effortlessly over glistening, disco-inspired production. Heads are compelled to bop. Bodies sway instinctually. And Saweetie shows off her flow over two verses, sounding confident and relaxed. After a highly-publicized breakup with boyfriend of three years and rap superstar Quavo, Saweetie wastes no time letting listeners know she now has “three boyfriends.” The rest of the lyrics are, accordingly, silky and sexy, referencing Saweetie’s wealth and exploits. This makes way for some one-liners that are at least moderately amusing, like “You don't eat the booty, you lyin’.”

Stylistically, the track borrows heavily from the recent wave of ‘70s/‘80s pop revival pioneered by the likes of Dua Lipa and The Weeknd. Certainly, there’s nothing inherently wrong with hopping on trends, but Saweetie’s effort leaves something to be desired.

For one, there’s a resemblance to Doja Cat and SZA’s smash hit “Kiss Me More” that is more than just passing. Both songs are disco-inspired, making the drum patterns very similarly hitting. Both songs, consequently, occupy a similar grooviness. And both songs see a chart-topping female rapper connecting with a chart-topping female R&B singer. The motivation for such imitation is obvious. “Kiss Me More” was the sixth most played track of the past year, according to Billboard’s top 100 songs of 2021. It’s clear that Saweetie also hopes to capitalize on some of that success.

Inspirations aside, “Closer” is undeniably a catchy single that continues to show off Saweetie’s dexterity, as she nimbly jumps from trap to chill R&B to disco-pop. Fans will certainly be appeased as they eagerly await Saweetie’s debut studio album.