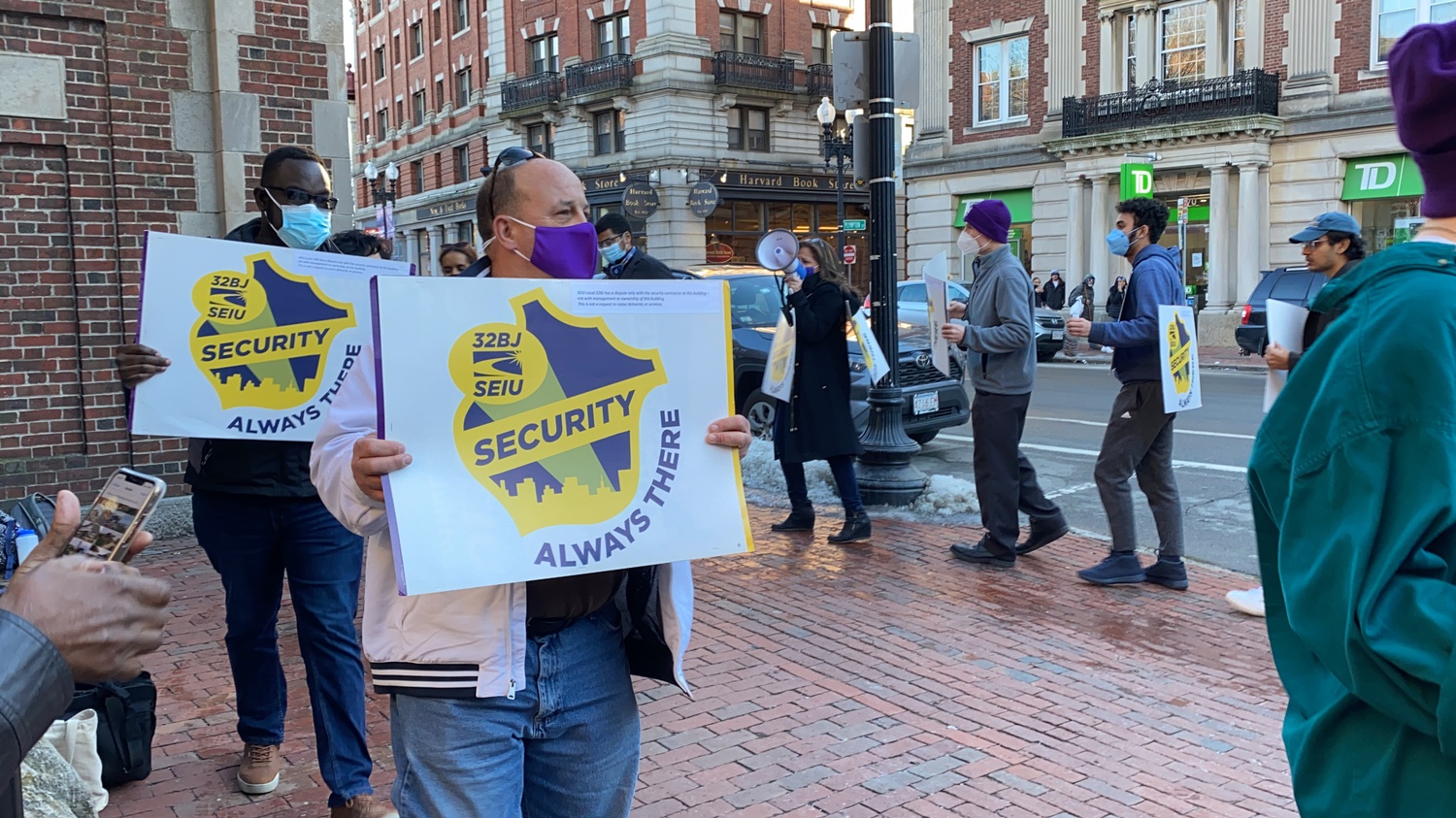 Dozens of Harvard security guards stood posted at the Science and Engineering Complex and Widener Gate for hours last week — but they weren’t on duty. Instead, they were there to educate undergraduates about their push for a new union contract ahead of Harvard's Commencement ceremonies in May.

Negotiations between the guards and Securitas reached a standstill in January when members of 32BJ SEIU voted down a final contract offer, alleging that their own union leaders were working against their interests. Now, the guards are ready to go back to the bargaining table on March 3.

In coordination with the Harvard College Student Labor Action Movement and local union members, 32BJ SEIU staged three rounds of informational pickets across campus. On Wednesday afternoon, they rallied at the SEC building in Allston. On Friday, they held morning and afternoon protests at Widener Gate, each lasting for more than an hour.

“As the union representing contracted security officers at Harvard, we are committed to negotiating an agreement that keeps up with the cost-of-living and offers the best protections for these essential workers and their families,” Rivera wrote in an email.

Arun K. Malik, a member of 32BJ's bargaining committee, said he felt it was “very clear” that Harvard holds indirect sway over the contract negotiations.

“Harvard really was our employer,” he said. “Securitas is just the cutout.”

Rivera wrote that the goal of the rallies was to communicate to the University the security guards’ discontent with the state of negotiations and determination to achieve a contract amenable to their demands.

“As we gear up to go back to the bargaining table on March 3, we and the officers felt it was important to show the Harvard community that Security is still here, still essential, and still fighting for a contract that keeps up with the rising costs of inflation,” she added.

According to Malik, the union intends to increase pressure for a more favorable contract offer by holding rallies during Harvard’s Commencement Exercises in May. He said that given the unique nature of this year’s ceremonies celebrating three classes, union members hope the threat of more rallies during the exercises will “get the ball rolling.”

“People who didn’t get Commencements for the last two years will be showing up, and I think it will be very embarrassing for Harvard if there are informational pickets as people came in,” he said.