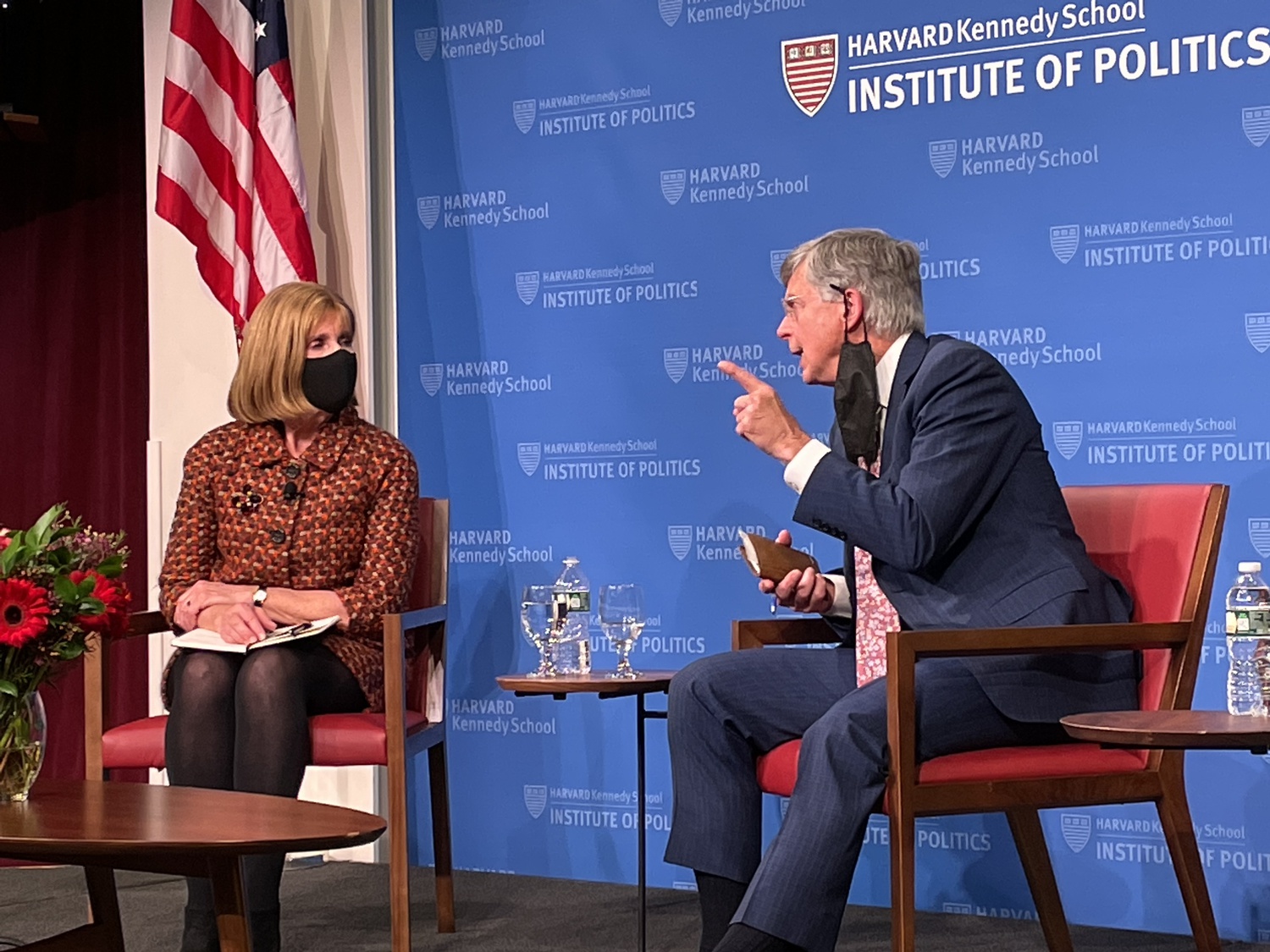 Dobriansky and audience members grilled Taylor about the rising tensions at the Ukrainian border, to which the Russian military has deployed more than 100,000 troops. The deployment has escalated the simmering Russia-Ukraine conflict, which started in 2014 with Russia’s annexation of Crimea, and is now threatening to boil over.

According to Taylor, Ukraine just wants to be a “normal European country” that gets to independently choose its own leaders and make national security decisions free from any foreign meddling.

“They just want to be able to make decisions that normal sovereign countries get to make,” he said. “And that’s what the United States is trying to support.”

“When I was there last week, President Zelenskiy was eager to demonstrate calmness, leadership, resolve, in the face of this big threat that the Russians are posing to him,” he said. “I was impressed.”

Taylor noted that Zelenskiy said at the meeting he is pleased with his relationship with President Joe Biden but wants the two governments to be better aligned on the question of how soon Russian President Vladimir Putin might invade Ukraine.

“The United States government has been saying it’s imminent,” Taylor said, relaying his conversation with Zelenskiy. “And President Zelenskiy is saying it’s possible, but it’s not imminent.”

“I would say that every day that goes by and every week that we continue to have discussions of negotiations about negotiations is a win,” he said.

Taylor added that he believes former HKS Dean Graham T. Allison Jr. ’62 is “wrong” in his approach to the Russian-Ukrainian conflict. Allison argued in his 2017 book “Destined for War: Can America and China Escape Thucydides’s Trap?” that the West should focus its attention on China, rather than Russia and Ukraine.

He also argued that NATO should not bow down to Russian demands, which urge the organization to never accept Ukraine as a member state. Taylor pointed to the support NATO provided to Eastern European countries that joined as member states following the collapse of the Soviet Union.

Dobriansky said in an interview before the event that she thinks Russia poses more than just a military threat to Ukraine.

“Part of this is not just the issue of the military on the ground, the cyber attack that also has been waged before on Ukraine and then most recently on Ukraine — but also disinformation,” she said.

Throughout the forum, Taylor participated unmasked. He said he would use his glass of water “as an excuse” to not wear a mask while speaking. The Kennedy School’s current Covid-19 guidelines require masks in all public indoor spaces, except when actively eating or drinking.