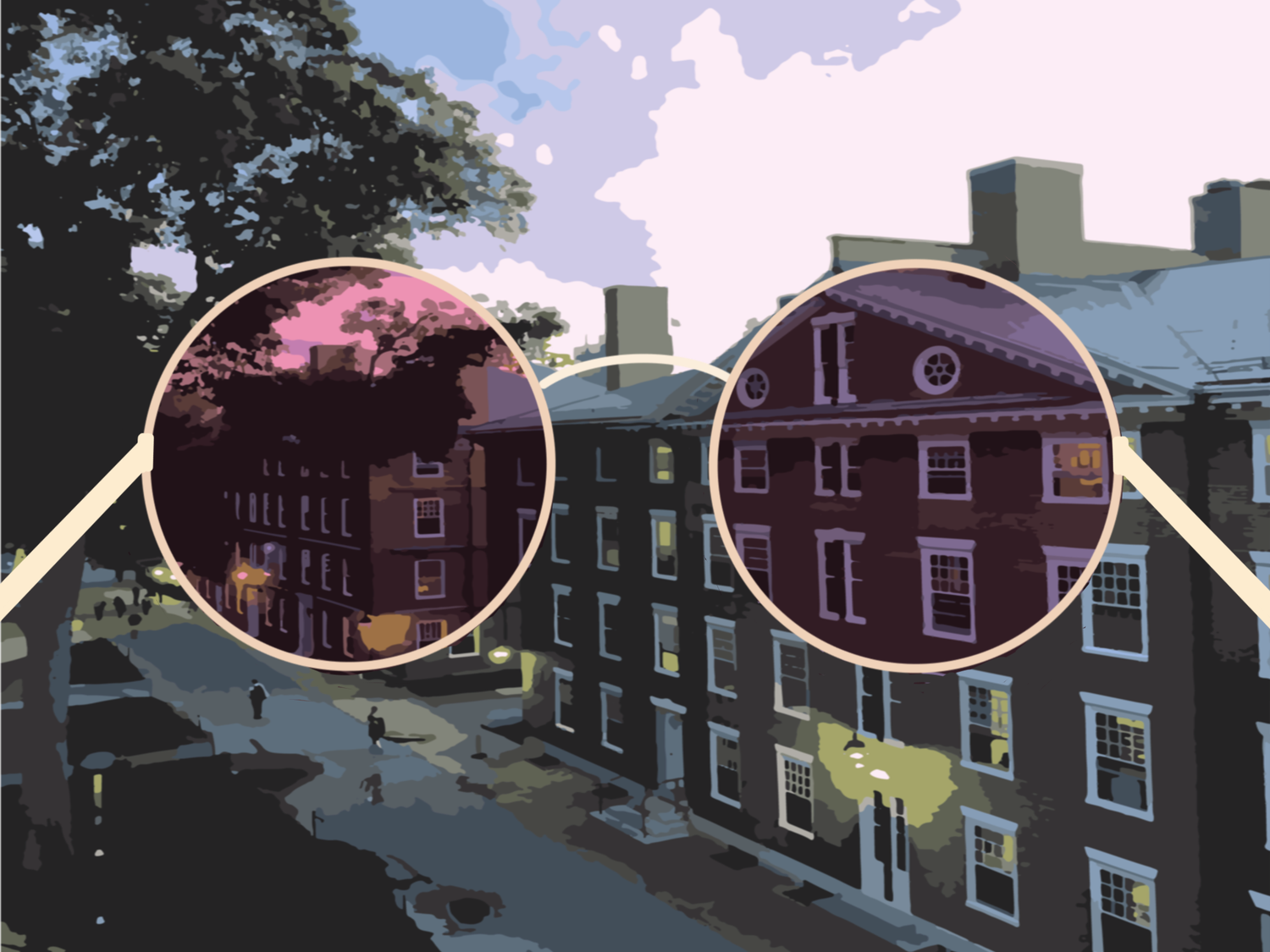 The Endless Cycle of Nostalgia

On the first day of freshman year, I printed out and hung up an Andy Bernard quote from “The Office” that read: “I wish there was a way to know you’re in the good old days before you’ve actually left them.”
By Scott P. Mahon

My mom’s favorite story to tell of me is when I was nine years old and on a college tour with my older brother at the University of Notre Dame. At the time, my brother had what we called “Peter Pan syndrome” — he simply did not want to grow up. When my brother was eight, he told my mom, “I like being eight. I think I could stay here for a while.”

I, on the other hand, could not wait to grow up. Along the tour, I was more energetic than my brother; I was mesmerized by the golden shimmer of the landmark dome and the reflections of the weeping cedar trees along the lake. I made sure to ask what the dining hall food was like and tried to peek into buildings as students exited them. In those moments, I could see myself as a college student, making my way through the campus as though I belonged there.

At the end of the tour, I told the guide, “I’ll see you in nine years!” My mom chuckled, and my brother sighed.

College had the allure of adulthood — of independence and maturity, of new faces and fresh experiences. And I wanted all that — but I hadn’t meant to skim through my childhood in the process.

It wasn’t until I reached the end of high school that I began to understand my brother’s reluctance to grow up. During my senior year, I started to realize I hadn’t appreciated the carefreeness and creativity that you can only have when you’re young.

With this mindset shift came a subtle yet undeniable feeling of nostalgia.

Slowly but surely, memories became more distant, regrets loomed larger, emotions intertwined with each other as I thought back on what I could only remember as happier days. In order to combat this during my senior year of high school, I began to adopt a new sentimentality toward things — toward everything. 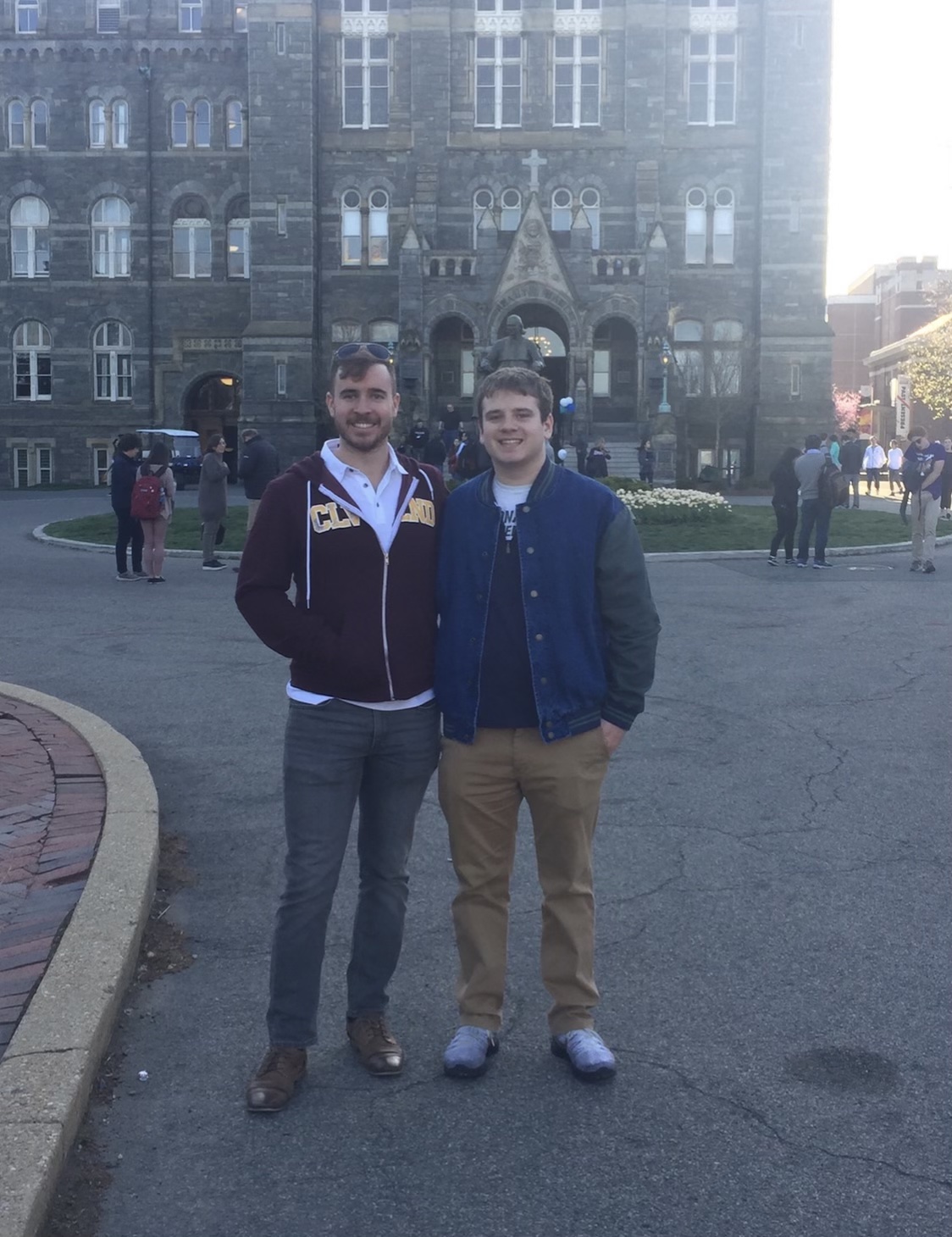 The writer and his brother at Georgetown University. By Courtesy of Scott P. Mahon

On graduation day, I told myself I should be excited. I even had a mirror pep talk that morning reminding myself to take it all in — and I did, to a certain extent — but I couldn’t shake the feeling that I was missing something. I didn’t cherish the memories enough. I didn’t spend enough time with my friends or family. I didn’t put myself out there enough or meet enough new people. I didn’t do enough.

I fell into this endless cycle — trying to soak up every moment and every memory to avoid nostalgia. But intentionally hyperfocusing on what I did led to regret. And that regret led to more nostalgia.

On the first day of freshman year, I printed out and hung up an Andy Bernard quote from “The Office” that read: “I wish there was a way to know you’re in the good old days before you’ve actually left them.” I wanted to look at that quote and remind myself to appreciate these four years, this milestone I had been so longingly waiting for since the age of nine.

But pretty early on, especially at a school like Harvard, it became easy to fall back into the cycle of nostalgia.

I scrolled through Instagram staring at glamorous, probably edited, photos of friends who seemed to be thriving. I talked with a classmate who told me about how she had already found a mentor in one of her professors. I called a friend back home who sent me directly to voicemail and responded with a “Can I call you later?” text. He never called.

It didn’t feel like I was having the college experience I’d always imagined. Reading that quote before bed each night somehow just made me feel worse. I took it down within the first month.

Over time, things improved, and I began to fall in love with my college experience — but my fear of regret left me perpetually indecisive.

After freshman year, I couldn’t decide if I wanted to spend all 12 weeks of summer in San Francisco. Twelve might be too many, but what if I have to go home right when I start to have fun? I might miss out on memories at home if I’m in California for too long, but I also might not push myself out of my comfort zone if I don’t stay long enough.

The pandemic, obviously, made it worse.

Do I take a gap year? I would get another year of college to make memories, but I might not be doing it with my friends. I could take time away from the classroom, but I don’t have a job lined up.

A sense of nostalgia can sometimes be good, but recently, I’ve realized I’m stuck. Stuck in this cycle, switching between nostalgic and regretful.

When I came back to campus after being gone for more than 16 months, I couldn’t help but look back on my time at Harvard with rose-colored glasses. After a virtual junior year, I felt the need to pack as much as I could into senior year to avoid regret: every weekend needed to be filled with activities, outings, and memories. I told myself to never say “no.”

To combat this tendency, I now consciously try not to think about whether I should have gapped this year or the fun I could’ve had if I went to Crimson Jam sophomore year or what could happen in the future if I had only made a different decision.

I know whatever I occupy my time with is important to me at the moment, and although I’m still working on my indecisiveness, I know that the grass wasn’t any greener two years ago.

— Former Magazine Editor-at-Large Scott P. Mahon can be reached at scott.mahon@thecrimson.com. Follow him on Twitter at @scott_mahon.