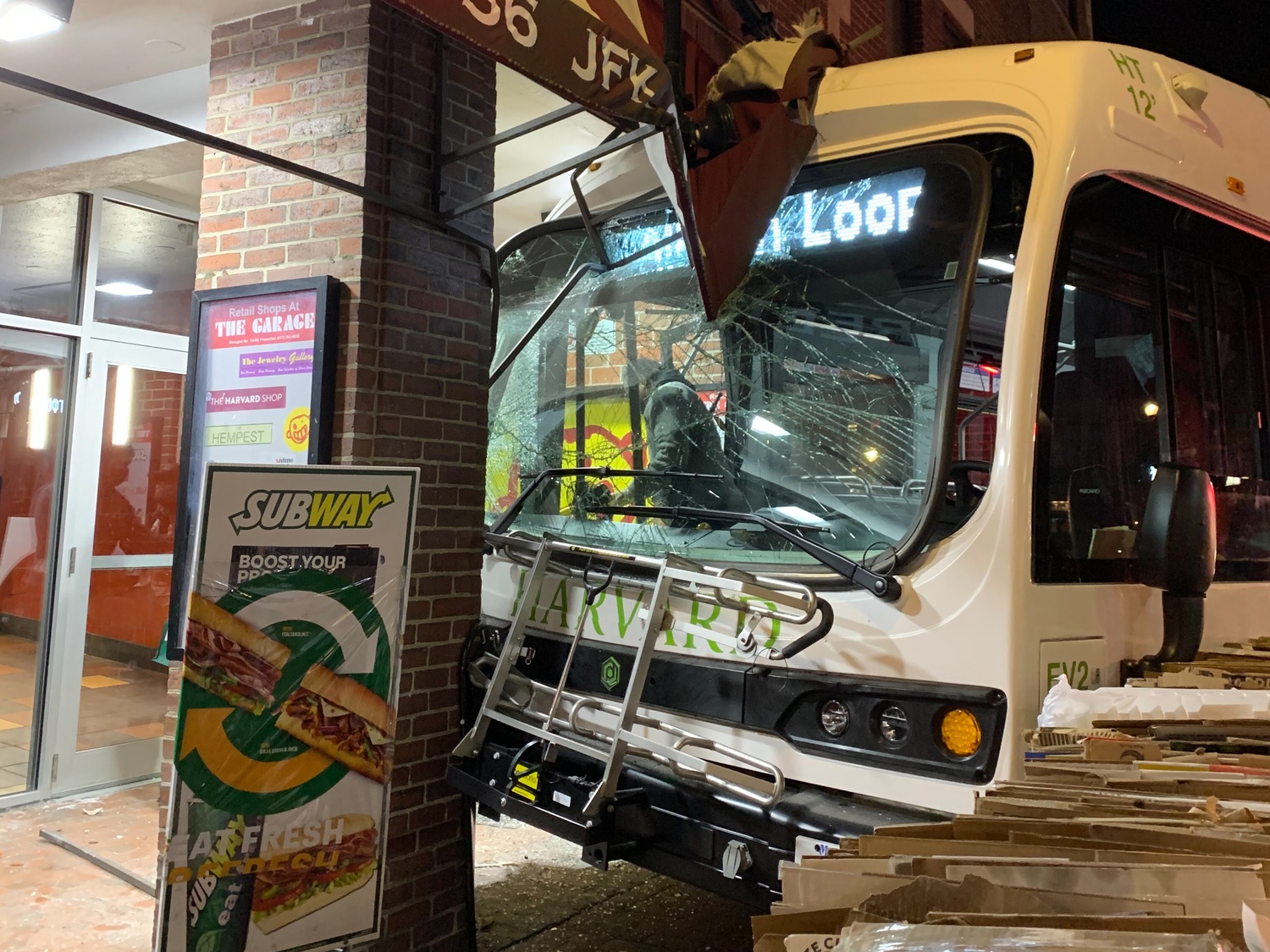 An electric Harvard shuttle crashed onto the sidewalk in front of Tasty Burger and the Garage on John F. Kennedy Street at approximately 6:43 p.m. Wednesday.

Four students and a driver were aboard the Allston Loop shuttle at the time of the crash but all were unharmed, according to Harvard University Campus Services spokesperson Michael D. Conner. Conner wrote that the University is cooperating with investigators to uncover the circumstances that led to the incident.

The Cambridge Police Department is investigating the cause of the crash, which was undetermined as of Wednesday evening. Paramedics, firefighters, and Harvard University police officers also responded to the incident.

There was no structural damage to businesses located at the site of the crash, Warnick wrote in an email. The shuttle veered onto the sidewalk near the corner of JFK Street and Mount Auburn Street, shattering the vehicle’s front windshield in a collision with the Garage, a local shopping mall. 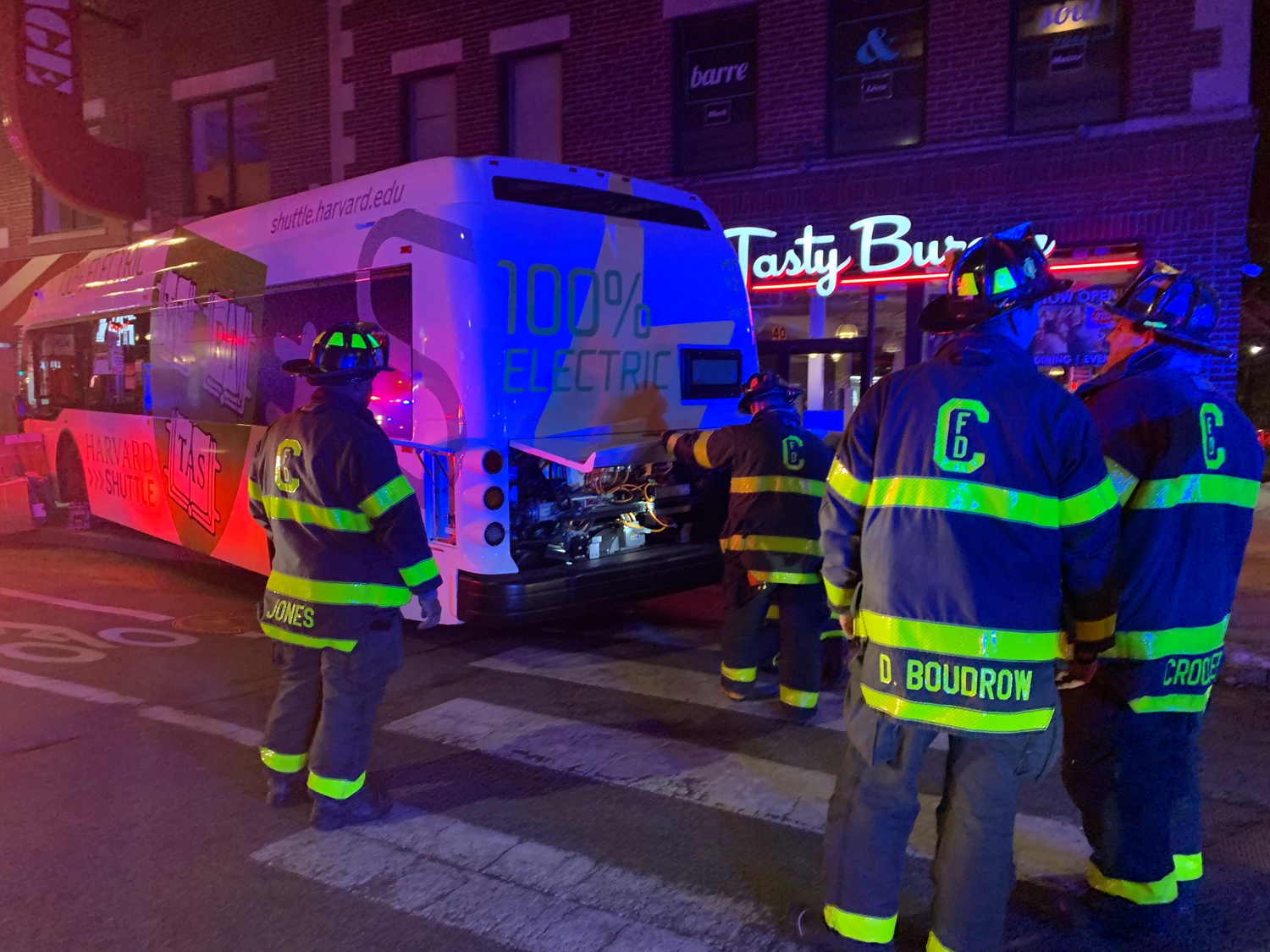 Firefighters from the Cambridge Fire Department examine a compartment at the back of the shuttle. By Sarah Girma

The shuttle is one of four new all-electric vehicles the University purchased last February as part of its goal to become fossil-fuel neutral by 2026.

Amina T. Salahou ’25, who works at the Harvard Shop located near the site of the crash, said she was immediately concerned about whether the employee working during the incident was safe.

Ryan H. Doan Nguyen ’25 – who witnessed the aftermath of the crash alongside his roommate Abhi S. Patel ’25 – described the incident as a “surreal experience” in an email.

Doan Nguyen, a Crimson multimedia editor, said he regularly took the shuttle to class last semester and was alarmed when he saw one involved in a collision.

“I thought, ‘What if somebody I knew was on that bus?’” he said. “I really hope everyone is okay.”

“It was shocking to see a bus, not even a random car, but a bus — a shuttle — which is supposed to be driven by really skilled drivers,” Doan Nguyen added.