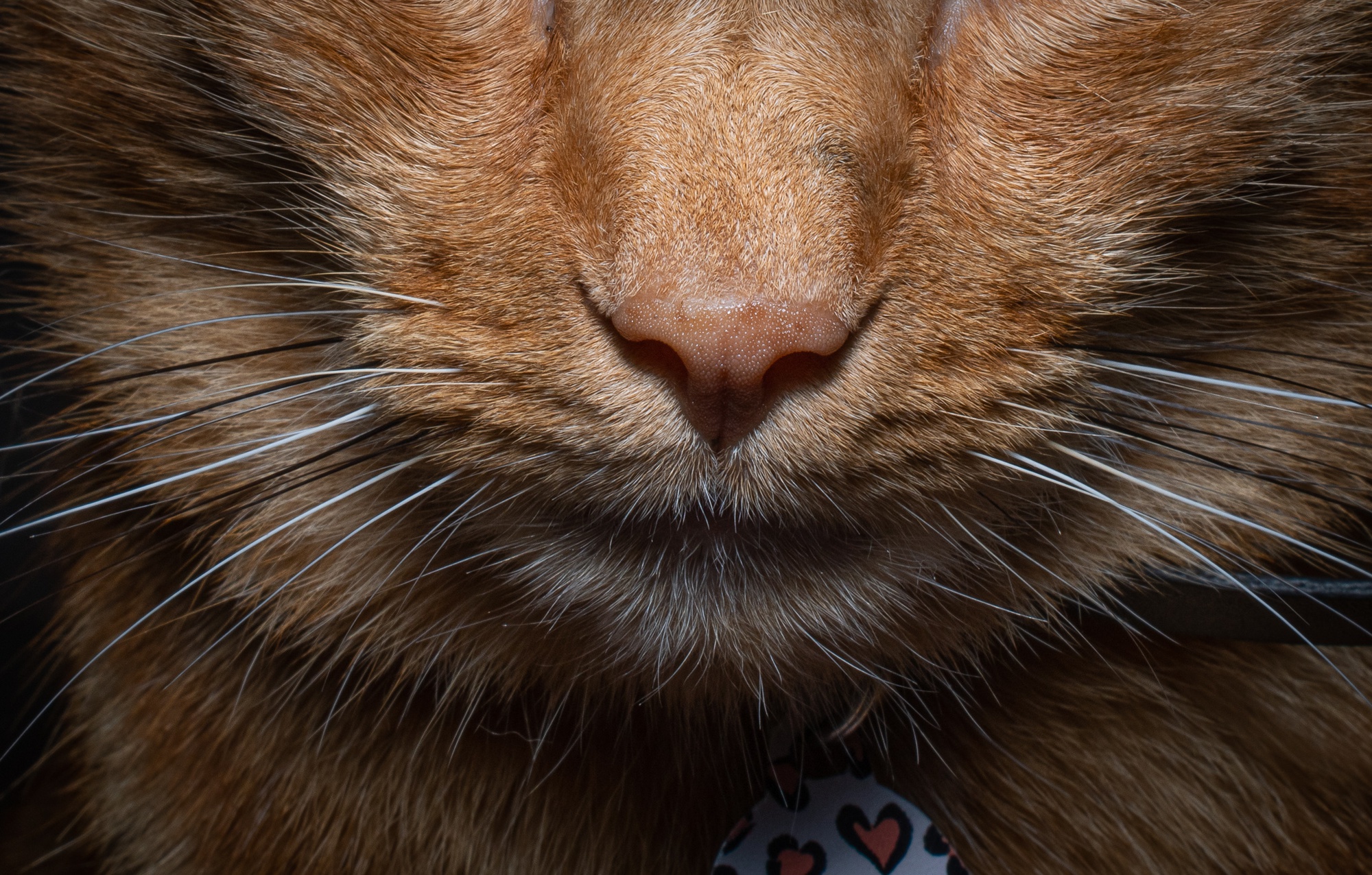 Up Close With Remy the Cat

Remy the Cat is one of Harvard’s biggest purr-sonalities. This eight-year-old orange tabby roams in search of sunny windowsills, plush armchairs, and fawning admirers all over campus, particularly near the (rather inaptly named) Barker Center. We asked his owner, Sarah Watton, to reflect on Remy’s hero origin story and his adventures over the years. Remy himself did not respond to a request for comment, so you’ll have to settle for these paparazzi photos instead. 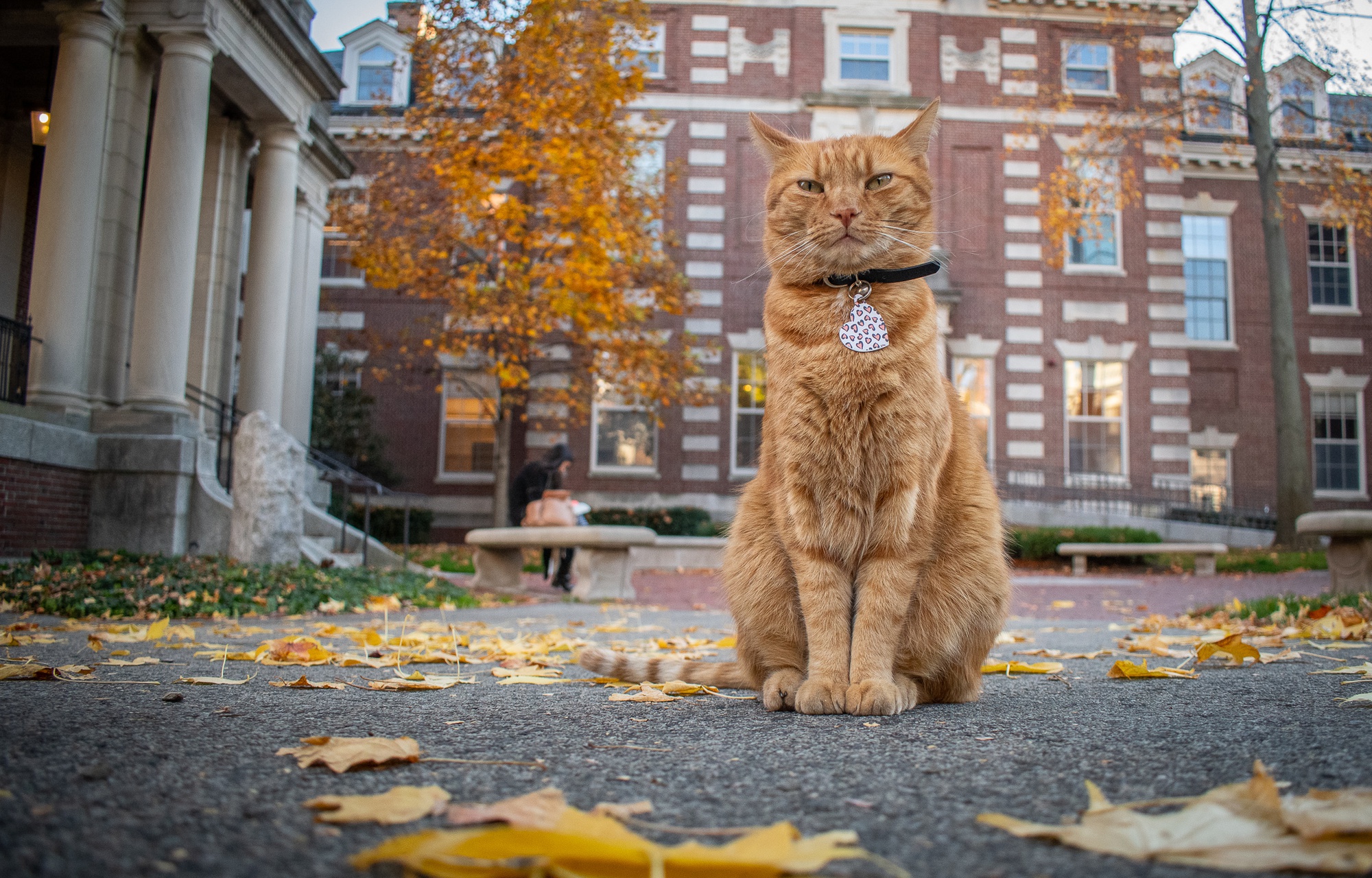 As a kitten, Remy was found behind a dumpster in Medfield with his mom and five littermates. Sarah Watton thought a pet could help her two young sons overcome their fear of animals, and she had a particular fondness for orange tabbies. She adopted Remy and his brother Gus from the shelter in September 2014. Today, Remy and Gus live with their (human) family on Sacramento St., less than a mile from campus. 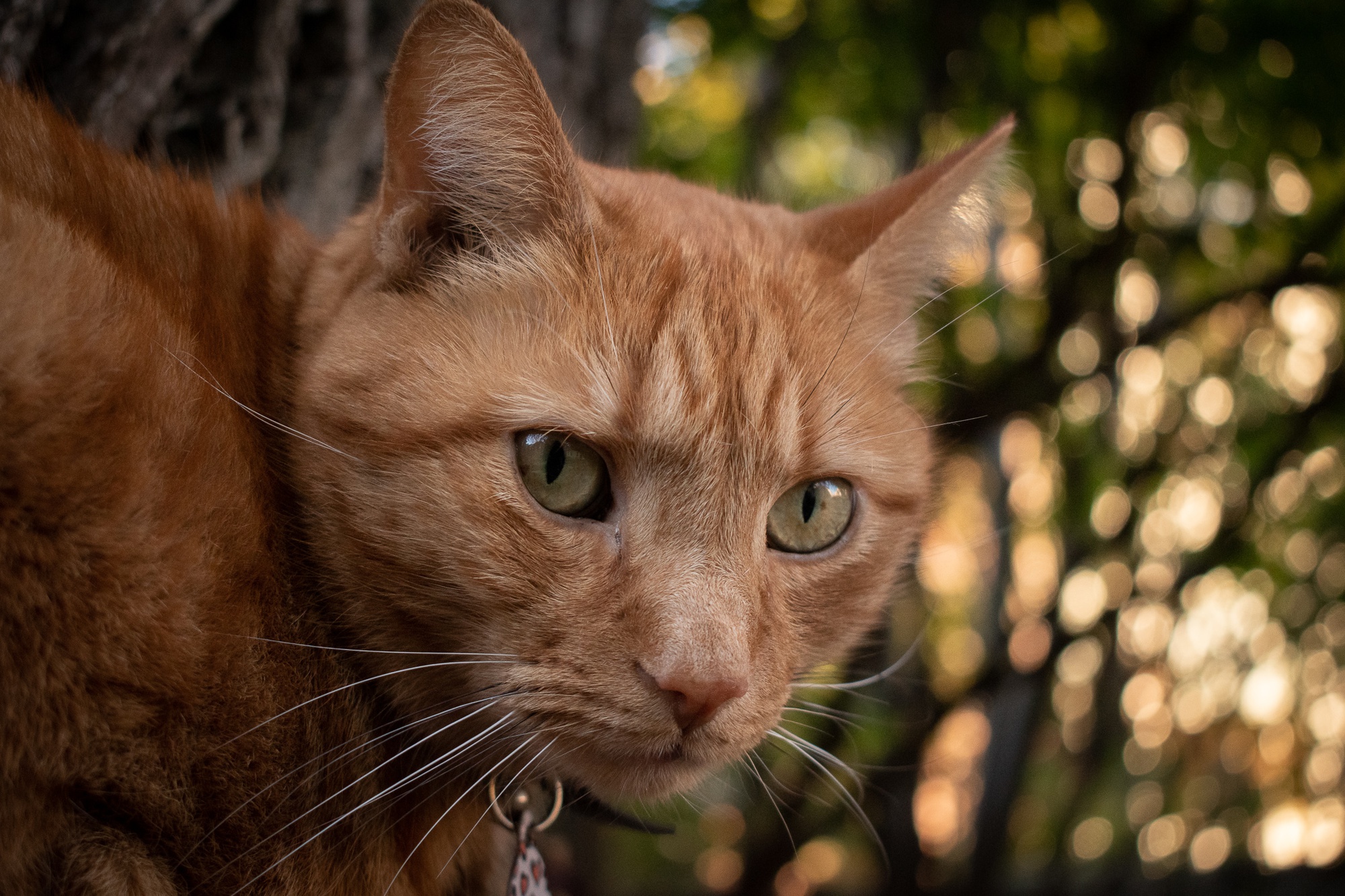 When Watton first brought the kittens home, she tried to confine them to one bedroom while they acclimated to their new surroundings. Remy, however, managed to escape from the baby gate. He soon began dashing out from doors left ajar, leaving his owners to chase him down snow-piled streets in the middle of winter. His family even tried to walk him on a leash around the yard, but after six months, they gave up and acknowledged that Remy was meant to be an outdoor cat. “He just had that wandering free spirit which was extremely apparent from the beginning,” Watton says. “From the get-go, he was a cat you couldn’t contain.” 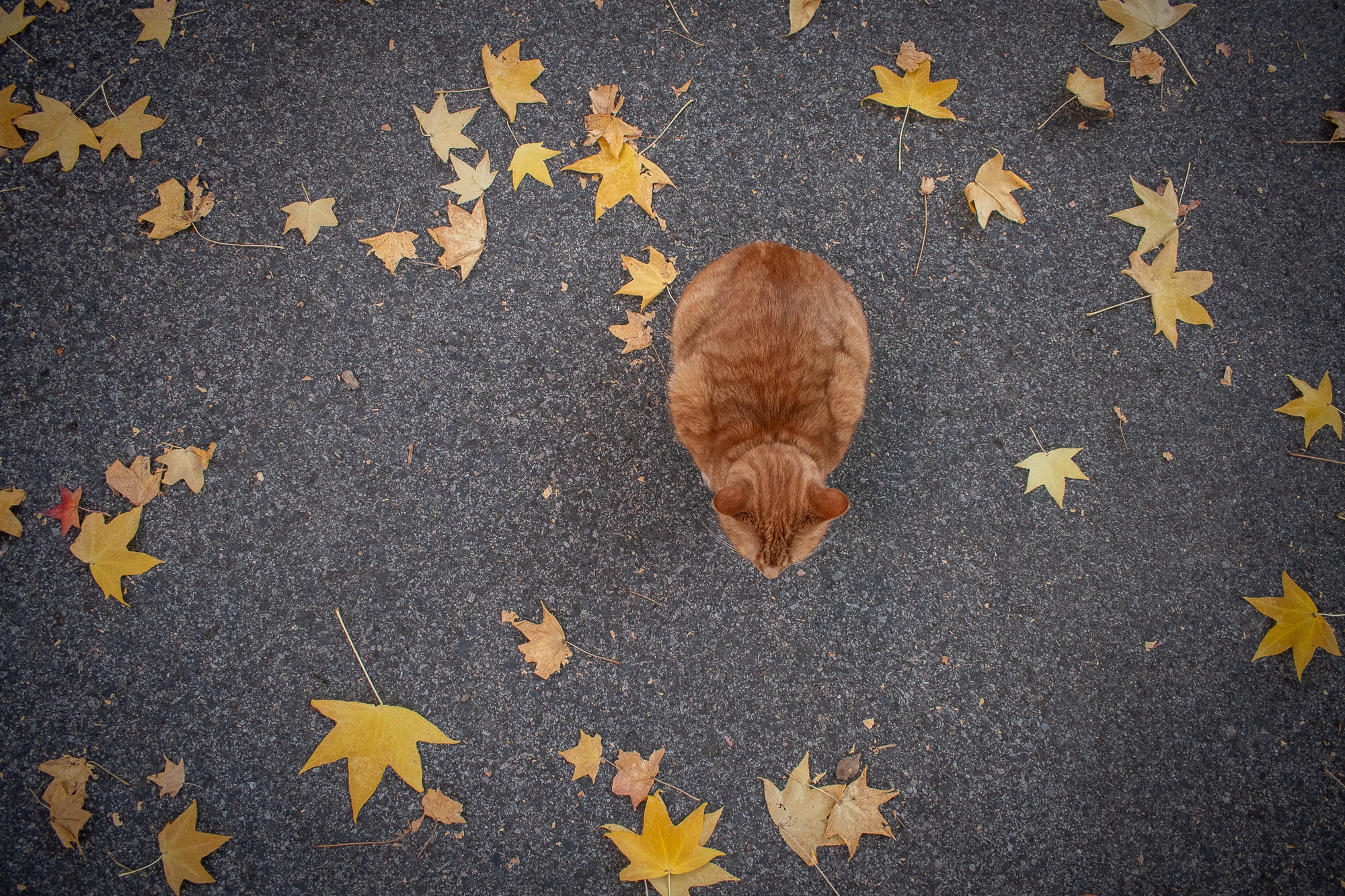 When Remy began venturing into Harvard Yard, Watton and her family were inundated with calls from passersby worried that he was lost. “We could get 50 calls in a day — morning, noon, night, 2 a.m.,” Watton says. The calls have subsided now that Remy has become a recognizable figure on campus, and Watton has recorded a voicemail message for people calling about him. But “even now, we can’t clear all the messages on our home phone,” she says. 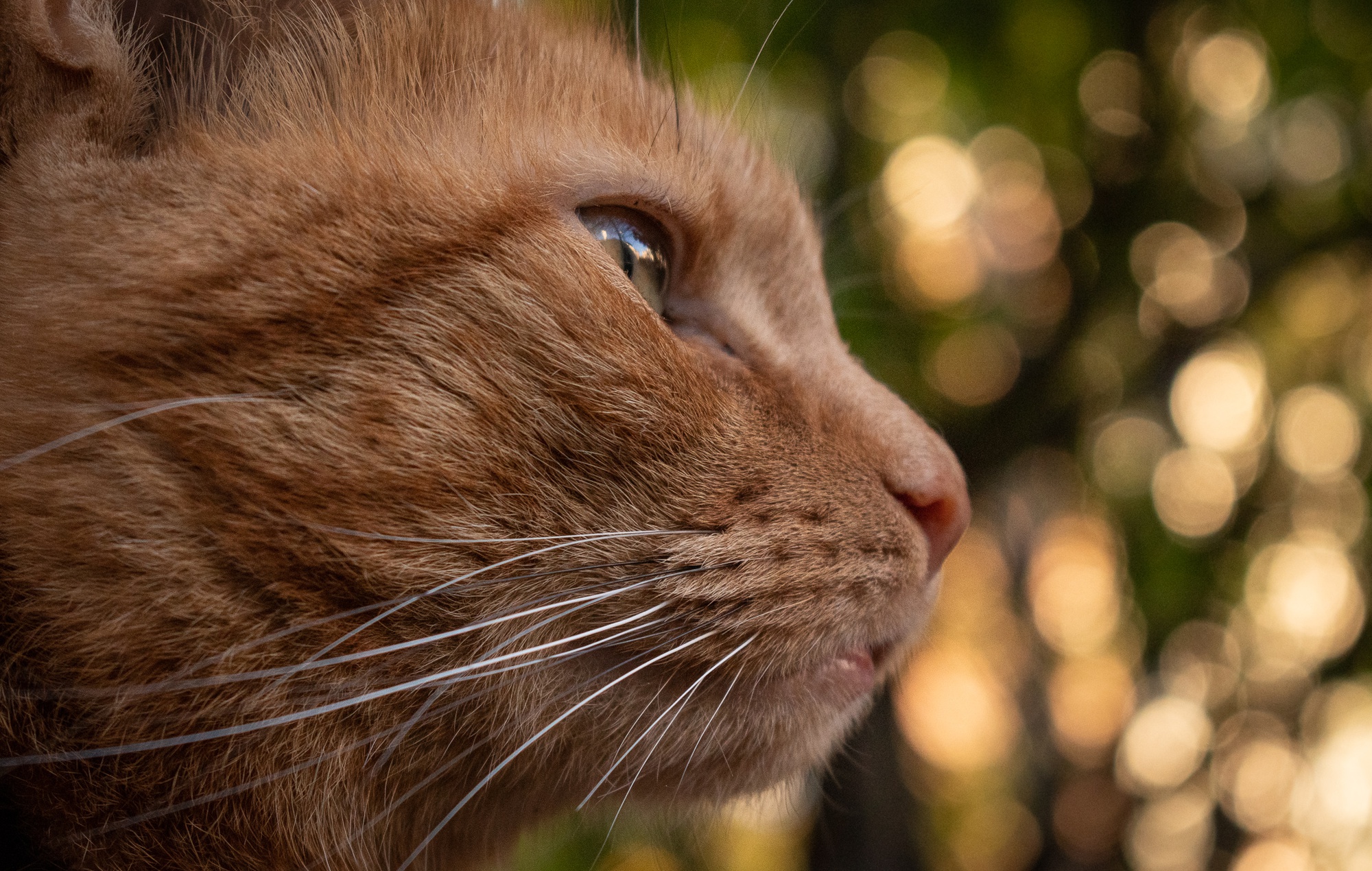 Remy frequently leaves home for days or weeks at a time. “When he is home, he basically comes in, eats a giant bowl of food, goes into one of [my sons’] beds or a couch, sleeps for like 18 hours, and then might hang around for a bit,” Watton says. “But after about three days is his maximum before he’s sitting at the door, waiting to go.” Watton’s sons are delighted to own a famous Harvard cat, but they get to spend more time with his “more conventional” brother Gus, who returns home with greater frequency. (Although, Watton adds, Gus often roams around the Divinity School and has “a small but growing fanbase” of his own.) 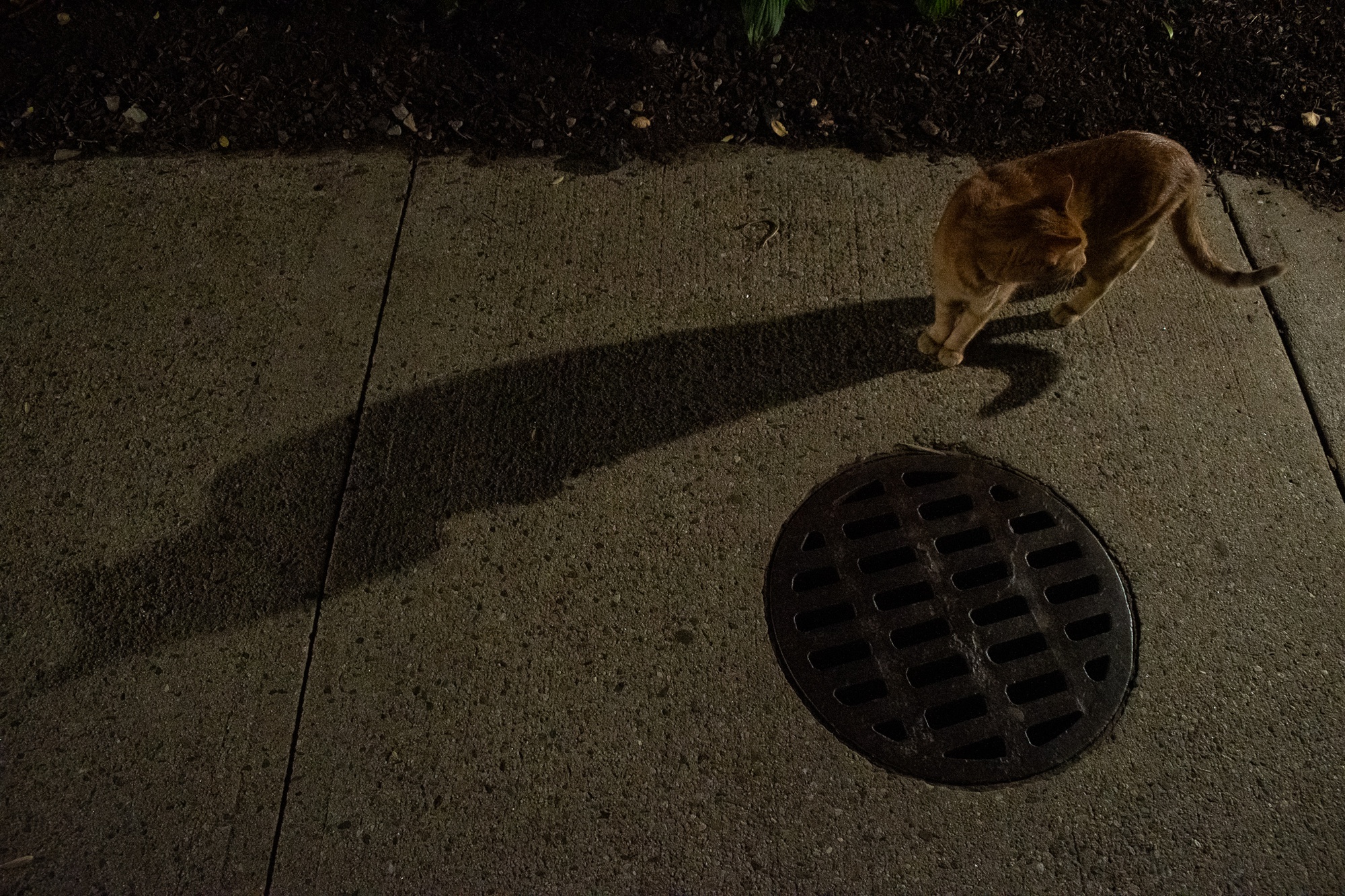 Watton describes “a couple of epic cat-napping incidents” that Remy has endured. One time, a man picked Remy up from Oxford St. and drove him away to Roxbury, intending to give him to his girlfriend before they realized they couldn’t keep him inside. When Watton’s husband went to pick Remy back up, he found the cat equipment already set up in their apartment.

In the summer of 2018, Watton grew concerned when she hadn’t seen or heard from Remy in over a month. She posted fliers all over campus and even consulted a “cat whisperer” who tried to track him down. Eventually, she found that a business located about a 10-minute walk from their home had taken Remy in as their office pet. In order to prove she was his real owner, she needed to drive one of the employees to the vet’s office and get Remy’s microchip scanned. “He didn’t actually want to give Remy back,” Watton says. “It’s just an indication of how Remy is able to ingratiate himself.”

Remy, too, spent more time at home during the pandemic. When the University drastically scaled down its on-campus operations, Watton says, “he was wandering around Harvard and couldn’t get into any buildings. He really suffered his own mental anxieties, because in an instant his community disappeared, and it took him a while to find his ground.” 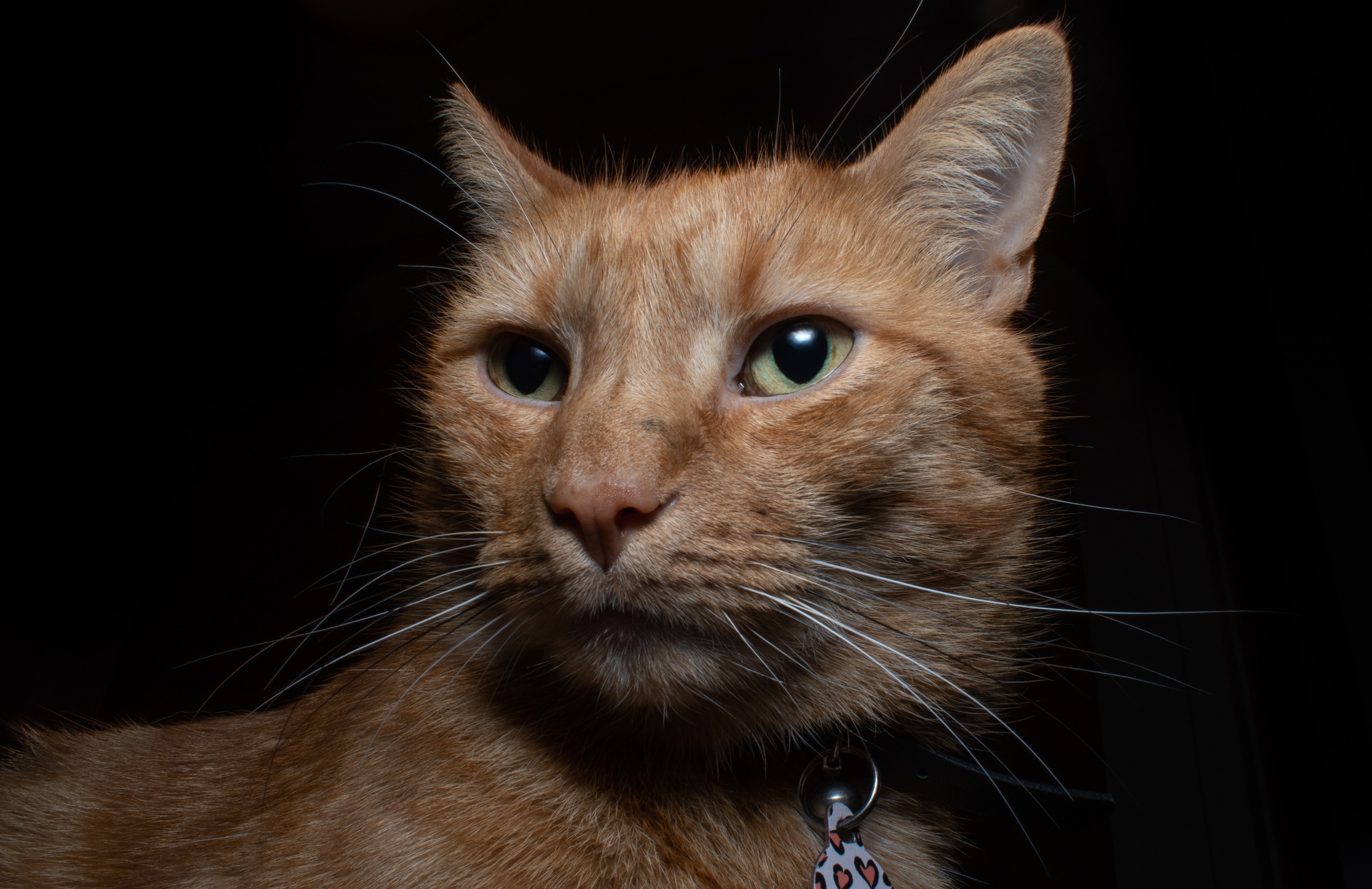 The “Remy the Humanities Cat” Facebook page is managed by Jessica Shires, the History and Literature department administrator. Watton does not know who runs Remy’s Instagram account, though she often checks it to keep track of his whereabouts. She is surprised to hear he has a Twitter and LinkedIn as well. She is even more surprised to hear about the rumors of Remy’s death that swirled around Sidechat last semester: “That’s crazy!” “If he was ever taken ill, I would definitely get the message out to his community,” she reassures. 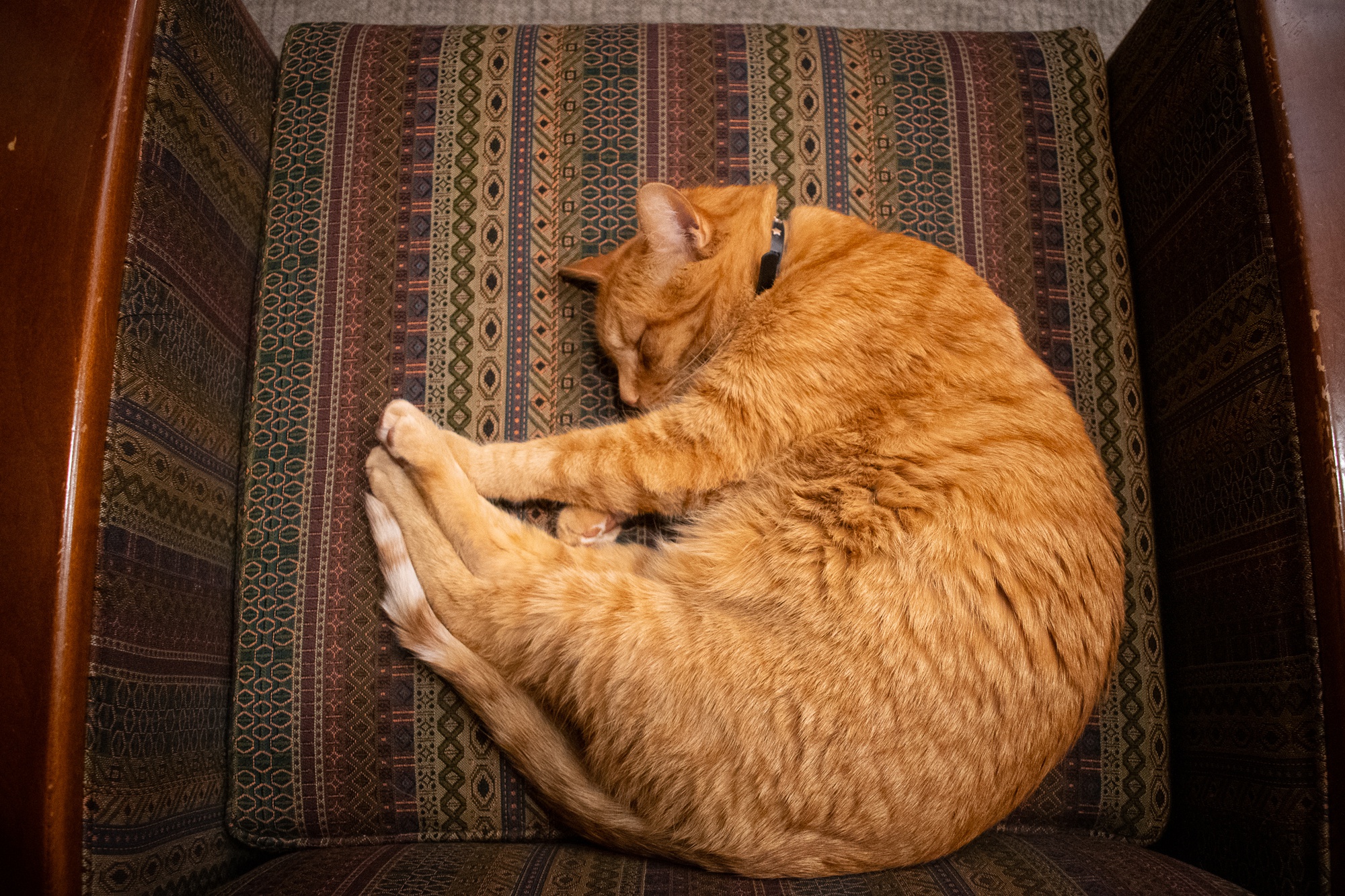 “I’ve seen inside of many Harvard buildings and met many, many people over the years through his wanderings,” Watton says. She’s talked to students, faculty, administrators, and staff who’ve all encountered and adored Remy. He’s visited dorm rooms, sneaked into basements, and attended multiple thesis defenses. People have returned him back to Watton in their backpacks and the basket of their bicycles. He was once featured in a wedding photo taken on campus — “he’s sitting in focus in front, and the bride and the groom are in the distance, sort of blurred out.”

Watton says she’s amazed by the number of people who meet Remy and instantly connect with him. “He’s our cat, but he’s every bit a cat that belongs to the Harvard community as well,” she says. “And I think we’re down with that. It just took us a while to come around. But there was no way — you know, this was really Remy’s will, not ours.”