Artist Profile: Ingrid Jensen on Falling in Love with Jazz, and Performing with the Harvard Monday Jazz Band 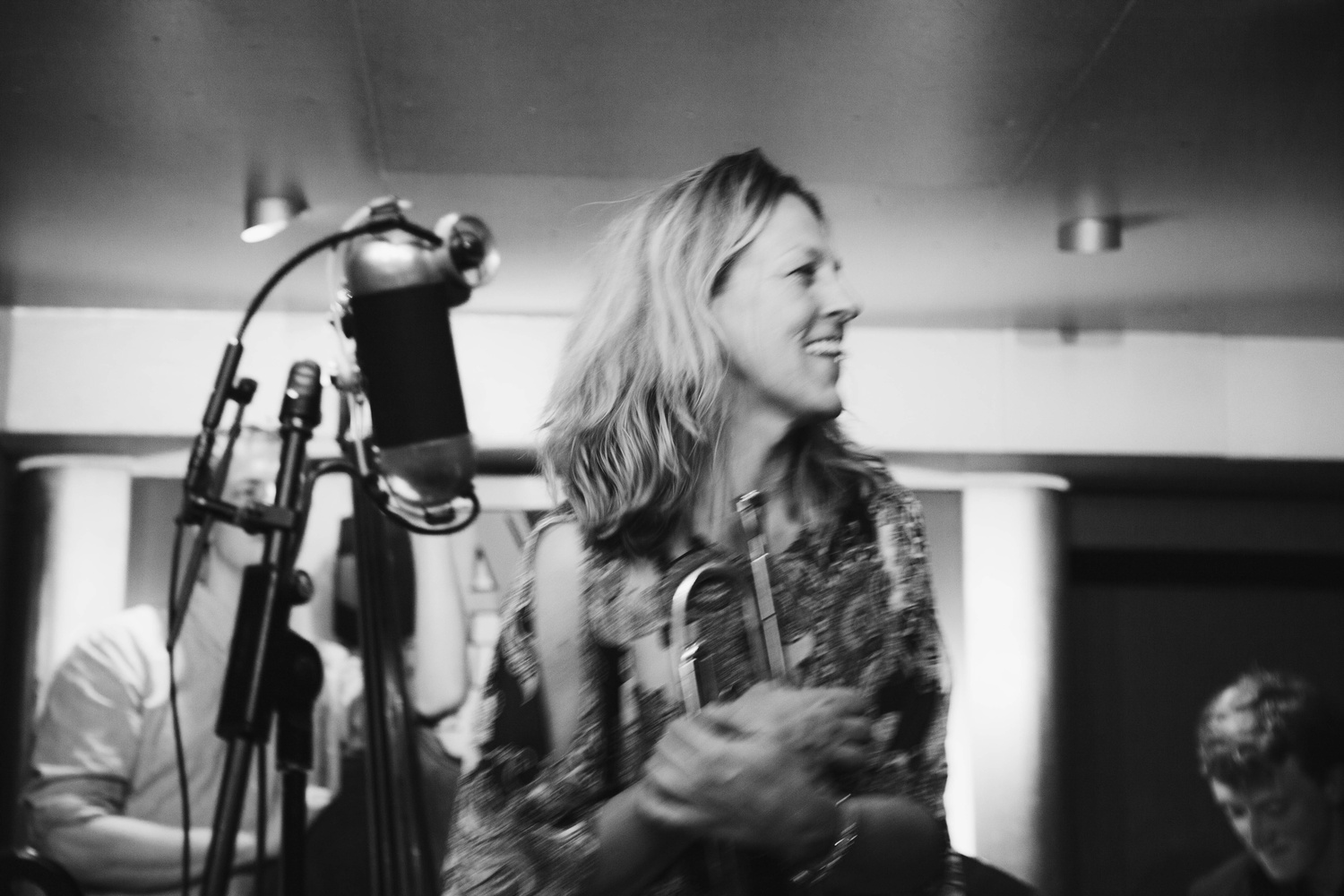 Jazz trumpet player, Ingrid Jensen, sat down for an interview with The Harvard Crimson to talk about the experience, as well her career in jazz more broadly. By Courtesy of Mariana Meraz
By Sofia M. Giannuzzi, Contributing Writer

On Nov. 5, Harvard was lucky enough to host famed jazz trumpet player and composer Ingrid Jensen in a performance with the Harvard Monday Jazz Band. Jensen, alongside Yaure Muniz, the Interim Director of Jazz Ensembles, led the Harvard band in their “Landscapes from Venus: Large Ensemble Works by Women Concert,” which included some pieces composed by or featuring Jensen.

In the days following the performance, Jensen sat down for an interview with The Harvard Crimson to talk about the experience, as well her career in jazz more broadly.

As Jensen puts it, she “knew that [she] was going to do music since probably before [she] was born.” Her lifelong journey paid off. Since her graduation from the Berklee College of Music in 1989, Jensen has been taking the jazz world by storm. Some of her more notable accomplishments include becoming the youngest professor at the Bruckner Conservatory in Austria, performing with Corrine Bailey Rae on Saturday Night Live, winning the Carmine Caruso Trumpet Competition in 1995, and receiving the Jazz Journalists Trumpeter-of-the-Year award in 2019.

When asked what led her to become a musician, Jensen cited her mother’s record collection.

“My mom loved swinging jazz piano, so her record collection turned out to be majoritively African American artists — Oscar Peterson, Art Tatum, Fats Waller and all of the real deep historical legends of this music,” Jenson said. “Their message was the music and the camaraderie and community that it creates. So between that, and growing up in an environment where we had a deep respect for language, I think swinging music was in my cells.”

“Swinging” ran so deep in her blood, in fact, that it prevented her from other avenues of music. Jensen recounted her brief stint with classical music, which came to a halt when her teacher told her that she was “too jazzy” to play in the “straight” manner required for classical music.

“At the time, I was hurt,” Jensen said. “Now I look back at it and think it’s kind of a compliment.”

On stage, Jensen’s “swinging” is evident in the best way. Jensen was outgoing as both a person and a musician, as she led the Harvard Monday Jazz Band. She danced her way through the performance, cheering on other band members in between her phenomenal trumpet playing.

“Think of it as a painting,” she said in reference to her performance. “The dancing and moving of my body comes from the emotional connection I feel to all these different textures we're playing with — sometimes a bright blue or other times foggy, earthy tones. When I start playing with the band, it's really their energy I'm buying off of. The more they connect with me and the more I can connect with them, the easier it is for me to do what I do.”

Jensen praised the Harvard Monday Jazz Band in this regard. “I know those students are doing a million other things. Their lives are so full and their brains are so saturated with so much information. For them to come on stage and play the way they played on that level is extraordinary in itself,” she said.

Musicians, Jensen went on to describe, need to be “in their body” when it’s time to play — something she feels the Monday Jazz Band did well. She spoke specifically about her piece “At Sea,” which she composed to tell the story of her honeymoon, where she and her husband sailed through southeast Alaska.

“They had done their homework, having checked out the song and listened to it. It made it easier for me — I didn’t have to explain the essence of each section,” she said. “It became more about what their impressions were and how they decided to put the story through their instruments. Every time I do that piece, it’s completely different – that’s why it’s so fun.”

Though the concert was specifically dedicated to large ensemble works by women, Jensen was notably one of the only women on stage with the Monday Jazz Band. Specifically, Jensen was the only female trumpet player.

When asked how she felt about it, Jensen shared that the issue of diversity comes from the popular vision of what a trumpet player looks like, especially as it affects younger students.

“The real problem is in the lower grades in school where they don’t see an image of a trumpet player, and if they do, it’s always the stock image of a man with a hat and cool sunglasses from New Orleans.”

However, Jensen thinks this can be changed.

“I can imagine that after this experience they’ll reach out to female trumpet players they may know. That's where we have to really nurture all those relationships — to encourage one another to come out and play. To get the representation of all people undernourished in this genre, mostly just because of the visual.”

Jensen will return to Boston in early February for two concerts with the ensemble Artemis at the Berklee Performance Center. To hear Jensen’s recorded music, check out her album “Infinitude,” co-released with her sister Christine Jensen and her more recent recording “Invisible Sound.”