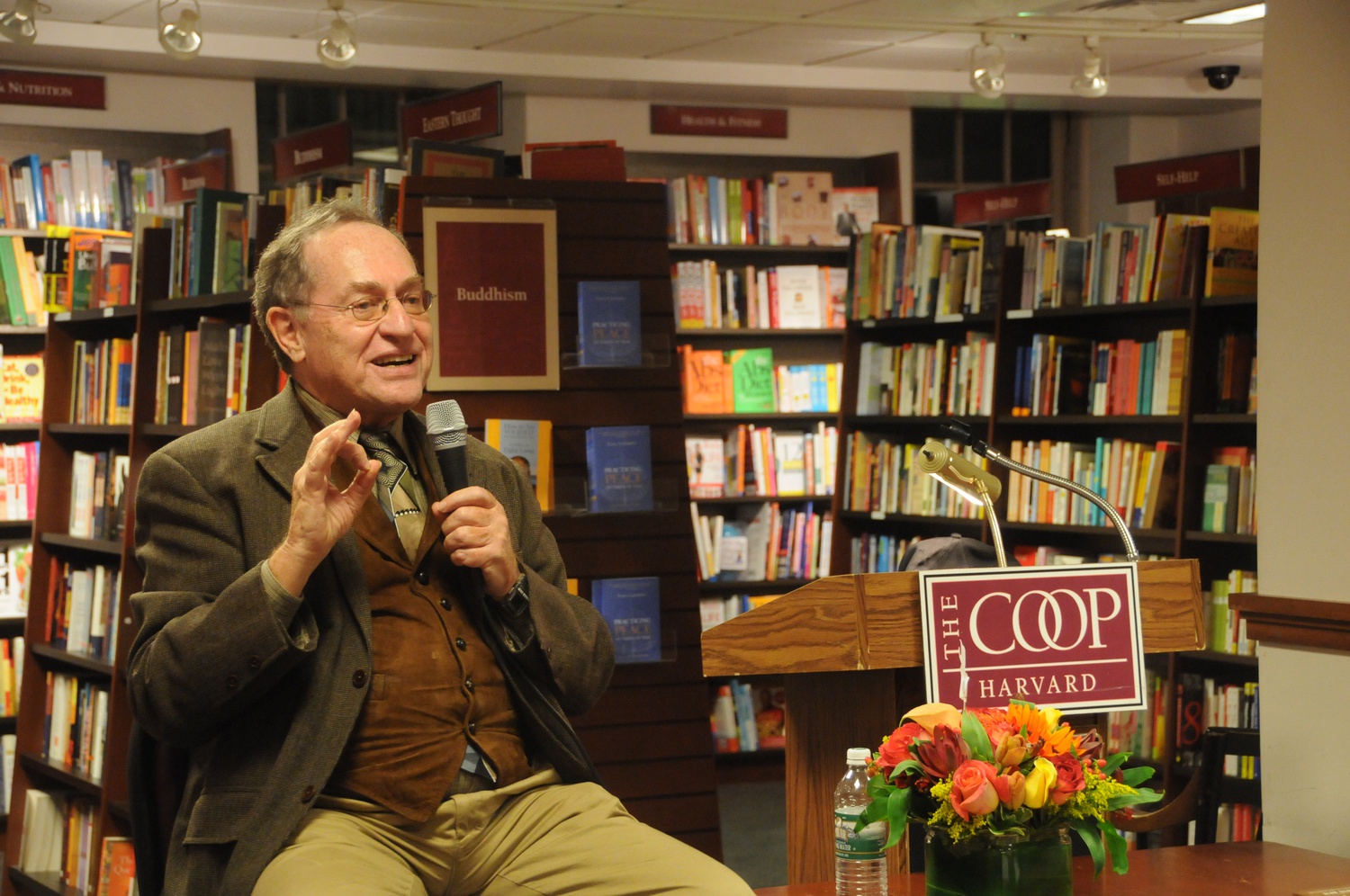 A victim of Jeffrey E. Epstein who claimed she was sexually abused by Harvard Law professor emeritus Alan M. Dershowitz settled on Tuesday a lawsuit she had filed against him, saying she “may have made a mistake” in accusing the prominent lawyer of wrongdoing.

The woman, Virginia L. Giuffre, sued Dershowitz for defamation in 2019 after he denied her claims that she was trafficked and forced to have sex with him between 2000 and 2002. Her former attorney, David Boies, also sued the longtime HLS professor for defamation.

The three parties announced a non-monetary settlement on Tuesday and filed papers asking the federal judge in the case to dismiss their claims.

“I long believed that I was trafficked by Jeffrey Epstein to Alan Dershowitz,” Giuffre said in a joint statement released on Tuesday. “However, I was very young at the time, it was a very stressful and traumatic environment, and Mr. Dershowitz has from the beginning consistently denied these allegations. I now recognize I may have made a mistake in identifying Mr. Dershowitz.”

Dershowitz has long denied having a sexual relationship with Giuffre. In an interview Thursday, he said “there wasn’t a word of truth” to her accusations.

“I have never touched, flirted with, had sex with another woman other than my wife during the entire relevant time period, so this was a black and white case, not a case of gray,” Dershowitz said. “I don’t know who she is. Never met her in my life. And she finally recognized that she may very well have confused me with someone else.”

“I now feel totally vindicated,” he said. “I think that the people who canceled me as the result of this accusation should now apologize.”

Giuffre has accused several prominent men, including Prince Andrew, the Duke of York, of the British royal family, of sexually abusing her after she was trafficked by Epstein.

Boies, who filed a defamation suit against Dershowitz in 2019, said in the joint statement that “the time has come to end this litigation and move on.”

“I know that Alan Dershowitz has suffered greatly from the allegation of sexual abuse made against him—an allegation that he has consistently, and vehemently, denied,” Boies said in the statement. “I also know that this litigation has imposed, and continues to impose, a significant burden on Ms. Giuffre.”

Dershowitz was a longtime friend of Epstein, who died by suicide in a New York jail cell in 2019 while awaiting trial for sex trafficking charges. In 2008, Dershowitz represented Epstein in federal court, brokering a plea deal after Epstein first faced arrest for sex trafficking.

Epstein donated around $9.1 million to Harvard between 1998 and 2008, according to a review Harvard released in 2020. His largest gift, totaling $6.5 million, established the University’s Program for Evolutionary Dynamics in 2003. Though he continued donating to the school following his 2006 arrest for solicitation of prostitution, Harvard did not accept any funds from Epstein after his conviction in 2008.

Epstein also served as a visiting fellow in Harvard’s Psychology Department during the 2005-2006 academic year. In 2020, University President Lawrence S. Bacow announced the school would divide the remaining $200,937 from Epstein’s donations between two non-profits supporting victims of human trafficking and sexual assault.