'Her Loss' Review: 21 Savage Does Something For Drake 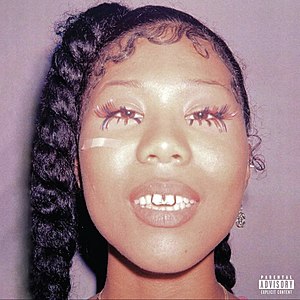 Released on Nov. 4, Drake and 21 Savage’s new album “Her Loss” is “the most relatable album ever,” according to Michael B. Jordan. Serving as the epitome of that post-breakup acceptance phase, the album sees a long-overdue comeback from the Toronto and Atlanta rappers. The two first paired up in 2016 on “Sneakin,” when 21 Savage was still up-and-coming and Drake was basking in the limelight of yet another successful album, “Views.” Much has changed since then — 21 is now a well-established frontman of the Atlanta rap scene while Drake remains as relevant as ever thanks to his many subsequent, albeit less successful albums. However, if one thing remains the same, it is undoubtedly that Drake and 21 remain a force to be reckoned with.

The album’s first track, “Rich Flex,” offers a fitting introduction to the album. It reflects the duo’s longtime collaboration and mutual love. Drake’s iconic viral line, “21, can you do somethin' for me?” works to hype up 21 Savage and reflects Drake’s guidance and support in his career. Track three, “On BS,” features some clever wordplay in the second verse, with Drake’s acapella leading into the monorhyme scheme.

Throwback tracks like “Privileged Rappers” and “Broke Boys” are a nod back to their early days, when “Sneakin” saw Drake and 21 first join forces to hash out beef with “reachin and dissin” rappers. The nostalgia thickens with the re-sampled vocals from Drake’s 2013 song “Come Thru” on “Hours In Silence,” the somber refrain making it sound like it came straight from “Nothing Was the Same.” The lyrical continuity aids the familiar sound, with 21’s sappy lovesick line “Tryna be the one for you, but my nickname true.”

“Her Loss” is a masterclass in seamless transitions. On “Rich Flex,” the melody constantly switches between the 90’s nostalgia heard in the intro, to the R&B in Drake’s crooning segue, and the borderline drill-like hi-hats in the chorus and the track’s second half. The flow is equally as transient; from Young Nudy’s conversational lines in the intro and outro, to 21 Savage’s raunchy lyrics: “I'm a savage / Smack her booty in Magic” — a nod to Megan Thee Stallion’s beat on “Savage.”

The very next track, “Major Distribution,” follows that thread, doing a 180 on the beat with the slapstick line “You say I'm persuasive, girl, but you can't spell that shit, for real.” The subs don’t stop there, with the controversial lyrics on “Circo Loco” that take a swipe at artists like Kanye and Megan Thee Stallion over a Daft Punk sample.

The samples play a big part in bridging these gaps, like in “Spin Bout U.” With choraling vocals pulled from B.G.O.T.I.’s “Give Me Your Lov-N,” Drake breaks the fourth wall between the samples and production with the line, “But just like that R&B group from the '90s.” This self-awareness is a good look for post-“Certified Lover Boy” Drake, who learned to lean into the cheesiness of his rapping.

This lighthearted approach doesn’t prevent him from getting into the more thoughtful topics — on the contrary, it makes them stand out on the track even more: “Damn, just turned on the news and seen that men who never got pussy in school / Are makin' laws about what women can do.” Or in “Treacherous Twins,” where Drake and 21 characterize their close, yet problematic, friendship over the 1996 sample of Ginuwine’s “Lonely Daze.” The toxic dependency on a loved one connects the two songs thematically and makes the track whole.

Some of the sonic genius packed into the album is courtesy of Atlanta rapper and producer Lil Yachty. Lil Boat produced six of the tracks on the album, but his presence is all-encompassing. It is most immediately felt on “BackOutsideBoyz” and “Jumbotron Shit Poppin,” where he directly contributes in the chorus and raps in the verses. Yachty’s signature ad libs echo in “Pussy & Millions,” and Travis Scott plays his part in flooding the beat with reverb washes, creating a larger than life sound that was made to be a hit with the clubs and festivals alike. Clearly, Yachty is taking his producer era in stride.

No song is more of a sonic standout on “Her Loss” than “Broke Boys.” The producer Avengers assemble (including Wheezy and Tay Keith) for a heavy-hitting, 808-booming, OVO classic. The beat is intentionally overbearing, but the rapping does not get lost in translation. 21 Savage’s energetic verse begins with the call: “Woah, I got more stripes than Adidas,” which is met with Drake response: “Yeah, I got the stripes, but fuck Adidas,” reminiscent of 21 Savage’s whisper verse on Metro Boomin’s “Don’t Come Out The House.” The intensity of the song’s first half is replaced with a fast-paced, keyboard trill after the beat switch, the change-up mirrored by Drake’s high-tempo bars. The opening beat sees Drake’s signature vocals echo in the earworm repetition of “You know where this shit 'bout to go,” and the switch helps to pick up where Part I left off with the repetitive line “I can't talk to broke boys.” Hands-down, “Nobody touchin the flow” on this track.

It would be fatal not to mention “Her Loss’”s role in the context of Drake’s immediately previous albums. It’s hard not to compare the album’s overall production to 2022 tracks like “Jimmy Cooks” — which stuck out like a sore thumb in the midst of “Honestly, Nevermind,” and was by far the standout hit on the album. In the hindsight of “Her Loss,” it is clear to see that “Jimmy Cooks” was more of a prelude that offered a glimpse into his next project. Some fans may stand their ground that “Honestly Nevermind” was a filler album of unnecessary experimentation, while others yet see it as a testament to Drake’s adaptability and willingness to abstract from his sound. Wherever one may fall on the spectrum of discourse, it is clear that “Her Loss” sees Drake in a new yet familiar light, and proves him to be a stylistic chameleon who is learning from his discography.

In just over an hour, Drake proves himself in many ways. He cements his role as wingman MC to 21, reinforcing their already close bond. He confirms his artistic continuity, the ability to learn and grow from album to album. And he honors the legacy of his discography in the songwriting, which seamlessly threads in previous themes of love, enemies, and fame.