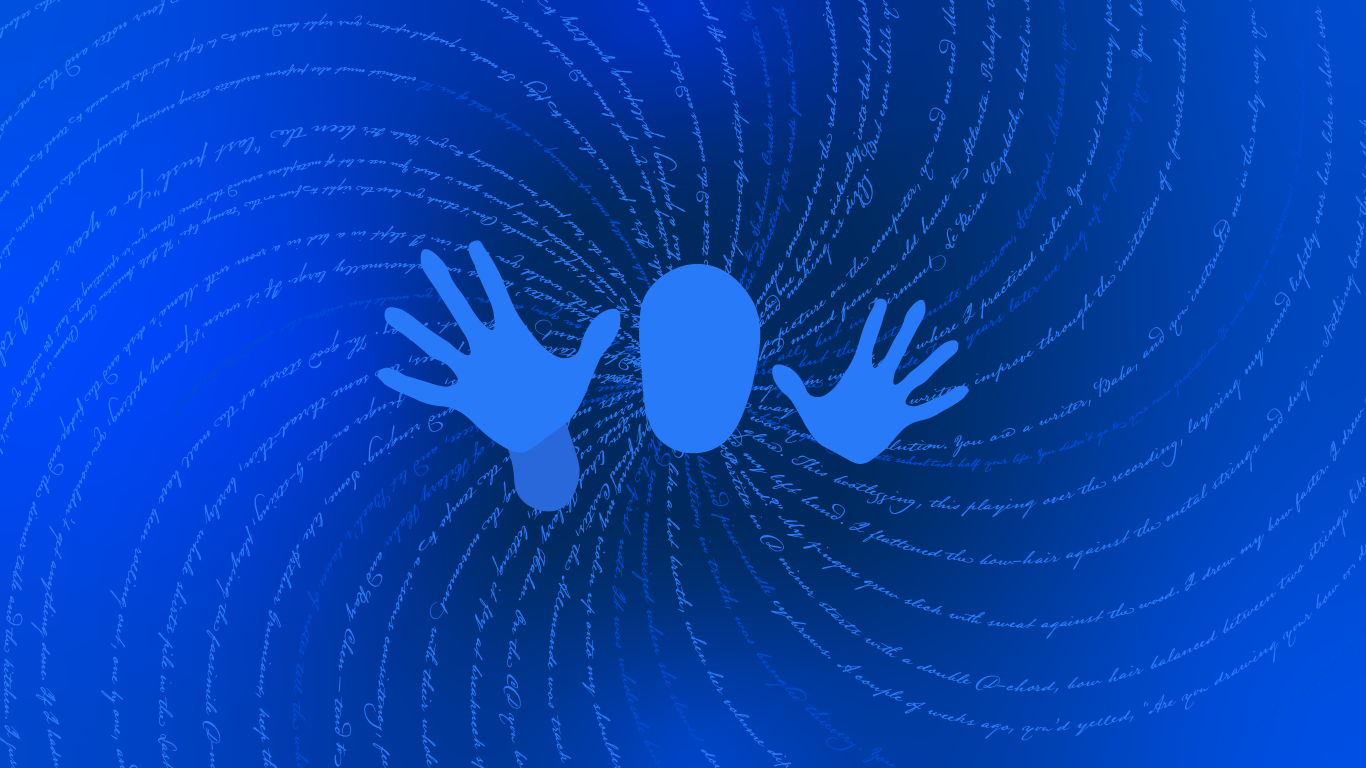 I’m not sure how to write this piece. I don’t do much creative writing anymore.

It isn’t easy to get into a flow state. When I think of writing poetry and personal essays, I think of shutting the door to my childhood room in Atlanta and settling deep into the box I created for myself: my desk, my chair, the earphones that tethered me to my computer, and the same song for hours on repeat. There, I faced the window and watched the sky lose color.

What I remember best is the feeling of floating in a lake, dark and pulsing. I induced it by surrounding myself with music that was undulating, obsessively rhythmic, numbing, yet gut-piercing at the same time — “A L I E N S” by Coldplay, “Cornfield Chase” from “Interstellar,” “Middle of the World” from “Moonlight,” and “Arrival of the Birds” by The Cinematic Orchestra.

The lake isolated. Among the deadlines and busyness, there, time hung in suspense. It comforted like a womb. It hypnotized. The more I floated in it, the less I wanted to leave.

My most distinct memories of high school occurred in the four walls of that room. It was where I chained down my petulant mind, wrote my papers, and read my textbooks. It was also where I fled to make sense of my errant emotions, doubted my worth, and speculated about my own death — and where, most importantly, I wrote about it all.

I rarely published happy things. Happy writing lacked depth, I thought, and if I couldn’t develop close friendships, be sociable, explore the world, and have classic coming-of-age experiences, I could at least have depth. It was so much easier, handing someone a piece of paper that contained my voice without them having to face the physical, imperfect me.

Five years ago, I shared a piece about my family life during a workshop. It was the first time my writing made someone cry.

All I wanted was to do it again, so I forced my head below the waters.

Now, my mind rarely lets me get into the headspace required for deep, generative, personal writing. It’s 2 a.m., and I’m typing this sitting next to two friends. At midnight, I was doing work at my other friends’ dorm. From 3 p.m. to 9 p.m. (punctuated by dinner with other friends), I was editing and writing in our busy newsroom. That morning before seminar, I did my readings in our dining hall.

Anything to avoid being alone again.

Since coming to college, I talk a lot more, laugh a lot more, go on more outings with more people. I’ve become rambunctious, sometimes so much so it appalls me. I can spend a whole day with people and still want to seek more company at the end of the day.

The first summer I lived in Cambridge, I walked to Somerville, Brookline, Allston, Newbury Street, Chinatown, North End for hours and hours, alone. North End made me notice the hollow in my chest. People crowded the sidewalk and spilled onto the road. Couples smiled at each other over wine and candlelight. Ironed, wavy heads of hair wore black skirts, heels, and wallet-sized purses, while wafts of cologne followed button-downs, slacks, and sleek black loafers. Envy made me ache. I was too introverted to turn strangers into friends, but I felt their absence.

Loneliness had followed me around all my life, but I had not, until then, recognized it as a tragic thing — like a family member whose behavior you don’t recognize as strange and painful until you glimpse a normal life. The state of being alone, I assumed, was an inevitable feature of life. There was no one to miss.

In the two years since I started college, the only poems I’ve written have been about missing people. The only personal essays I’ve written came from emotional emergencies or reflections on significant personal growth.

The few times my mind has slipped back into the lake’s edge have made me see how deeply I once entrenched myself. The writing I did in high school largely started and continued from a need to make sense of immense pain, find closure by myself, and grow up. Once I started earning validation for losing myself in my pessimism, though, I couldn’t stop. I took up workshops, submitted pieces to magazines, and entered writing competitions.

Sometimes I wonder why there wasn’t an intervention. Why did no one read between the lines and pull me up, urge me to seek help from somewhere more complete than a sheet of paper? Had everyone gotten used to being underwater, breathless?

But even if they had reached out to me, I know I would have rejected their hand.

Their praise turned my words into something I finally recognized as beautiful and worthy, and more importantly, as my own. I carried around a notebook and rushed to document a dwindling sunset, a sickly orange streetlight, a misty forest. Writing made me more observant of the world, but the paper only caught the most painful parts of it. Would I be a good writer if I were happy? Would I know myself if I were happy?

I know now that I desperately wanted to connect. But I had no late nights spent sitting on our bedroom floors, no road trips, no movie nights, no asking each other if we were scared of the future. This was the only way — passing out my papers to peer evaluators, judges, teachers, editors, pulling strangers into the most personal parts of my life, and receiving sparse feedback.

The lake was mostly cold, but sometimes I felt warm currents. “This touched me,” they’d say. “Thank you for sharing this. This was deeply moving, Meimei.”

So I wrote myself into a corner and felt the four walls of my room close in.

My compulsion for walking began when the world locked itself up two and a half years ago. I walked over the bridge near Cumberland, past what was the construction site, along the stretch of road to Home Depot and Panera, and back across the I-285. I walked to places where we normally drove. I did laps around and around the mountain. I walked along the Chattahoochee and back. I walked until I reached the next town over.

Though I don’t write much anymore, I still walk. I can’t help but frame the world in language. On these long walks, I often imagine a person to my side, matching me stride-by-stride, like a shadow. We say nothing.

But they see the clouds how I see the clouds. They see the long stretch of interstate how I see it, feeling the bridge shake as the cars slice below our feet. They see the treetops the way I do, as frames for the sky, as dark blots from a matted brush. They see hills as tremendous, sweeping expressions of land. They hear music when they walk the earth — my terrible but beautiful music.

When I do walk with friends, though, the conversation blurs my vision. When we speak, my voice sometimes feels as if it is not my own. I know they can’t hear the story in my head, and being around them makes the words foggier.

I want to hear myself and others. I want to be happy in my solitude and feel at home in company. But sometimes, I feel I’ll always have to choose.

After everything, I can’t help but miss the sinking.