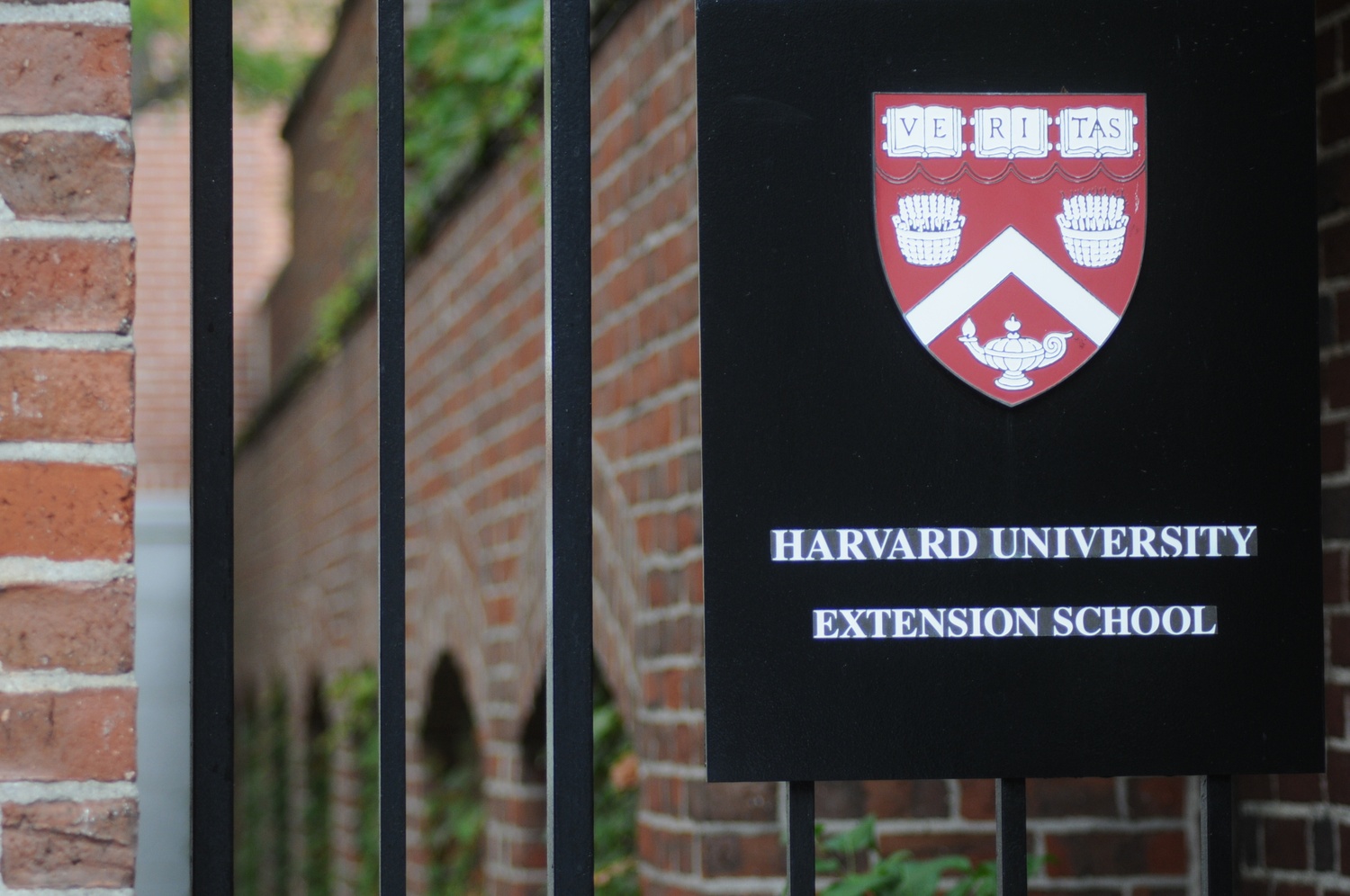 A group of about 20 Harvard Extension School students rallied in Harvard Yard on Sunday morning to call on the school to change the names of the degrees it offers.

The protest came one day after the Extension School hosted its first in-person Convocation ceremony since 2019.

Extension School students have called on Harvard for years to remove “in Extension Studies” from degrees offered by the school, saying the label does not accurately reflect students’ fields of study.

Degree-granting programs currently offered by the Extension School include a Bachelor of Liberal Arts and Master of Liberal Arts. Regardless of students’ fields of study, all graduates of the school receive degrees “in Extension Studies.”

Jennifer R. Nessle, a Bachelor’s degree candidate studying psychology at the Extension School, said changing the degree names would allow degrees from the school to command “dignity and respect.”

“Out in the world, we face discrimination for being a part of the Harvard Extension School,” she said. “I’ve personally had someone tell me to give up on my dreams because I don’t study at the ‘real Harvard.’”

“Our degrees should at least reflect the hard life-changing work that we have poured our blood, sweat, and tears into,” Nessle added.

The dean of Harvard’s Division of Continuing Education, Nancy Coleman, wrote in a statement that the DCE “will continue to explore the question of degree naming in appropriate governance venues.”

“We acknowledge that the degrees awarded through Harvard Extension School follow a naming convention that is dissimilar from those awarded by continuing education programs at peer institutions,” she wrote.

At the rally on Sunday, Robert E. Manning, a Master’s degree candidate studying international relations at the Extension School, said having “in Extension Studies” on the degrees hampers students’ job prospects.

“The purpose of the rally was to have ‘in Extension Studies’ removed from our degree so that we could have an equal degree with the rest of Harvard,” he said.

Kody Christiansen, president of the Harvard Extension Student Association, said he is working to get a statement of support for the degree name change from the Harvard Undergraduate Association.

“I think we need our administration and our fellow students and our professors to speak up,” Christiansen said.

Former Division of Continuing Education Dean Huntington D. Lambert expressed support for the degree name change prior to his departure, saying in 2019 he had raised the issue with the Harvard Corporation, the University’s highest governing board.

The 2021 student satisfaction survey report, published by the DCE in June, indicated that many respondents were concerned about the degree name.

In response to the survey, Coleman wrote in a statement posted on the DCE’s website that she wants “to ensure that we have a degree name that is academically correct and accurately represents the interdisciplinary learning as well as high academic achievement of our post-traditional degree candidates.”

“As a unique entity within Harvard, our degree name must be distinctive, yet recognizable to future employers and in line with our peer institutions,” she said in the statement. “A degree name is a once-in-a-century decision. The request must be fully informed with eye toward the future.”