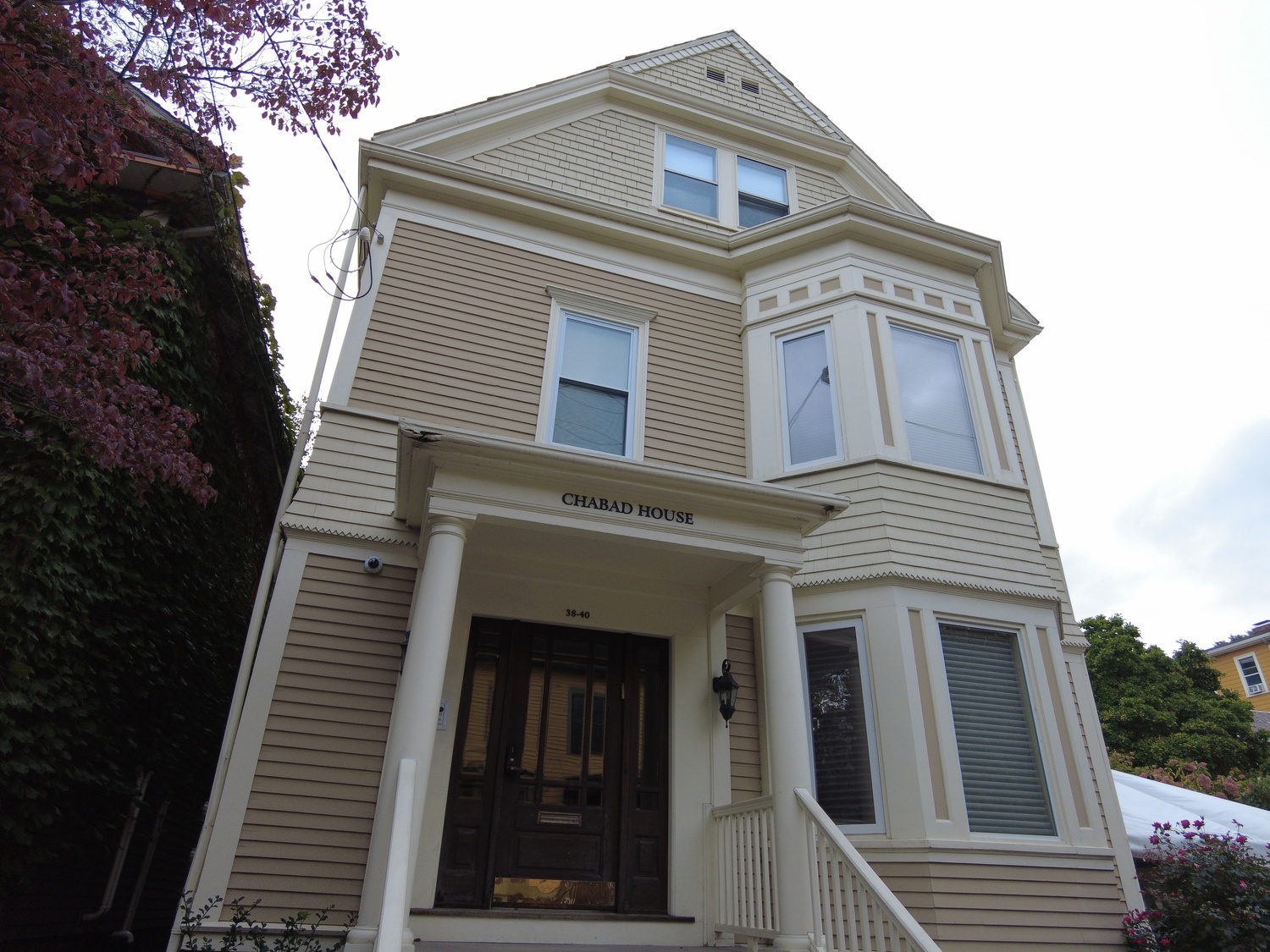 The Chabad House at Harvard is located at 38 Banks Street. By Truong L. Nguyen
By Rohan Rajeev, Crimson Staff Writer

Marking 25 years since its founding, Harvard Chabad announced last month the establishment of a $5 million dollar gift toward the Harvard Chabad Endowment for Jewish Leadership.

Jackie and Omri Dahan donated the $5 million gift, which endows Harvard Chabad founder and president Rabbi Hirschy Zarchi’s position and establishes the Dahan Fellowship for Jewish Leadership. Harvard Chabad is a center for Jewish life located on Banks St., which hosts programming tied to Jewish tradition and regularly provides Shabbat and other holiday meals to students.

Zarchi described the gift as an “extraordinary act of generosity and investment really in the future of the Jewish community at Harvard and beyond.”

“One piece of the gift is to endow the position to ensure that the resources are there at this work and this work can be sustained for generations to come, that’s one component,” Zarchi said. “The other is the launching of a fellowship and fellowship program that will shape an educated generation of leaders who will lead, anchored from Jewish wisdom and Jewish texts and Jewish models of leadership throughout history.”

Zarchi added that many students who engage in Chabad programming do not come from traditional Jewish backgrounds.

“For many, Harvard Chabad is their first independent opportunity to engage Jewishly and often their first compelling Jewish experience,” he said.

Zarchi said his role, following the endowment, will not inherently change, nor will the organization’s identity. Rather, the endowment will allow students to “connect, to be educated and to be exposed and enriched by the great ideas of Judaism and its texts."

The endowment will additionally help fund a fellowship program for students, who Zarchi said will be a “future generation of leaders.”

“This gift concretizes in a very substantial way a focus that manifests in a very defined and organized, structured program to specifically identify students who are talented but also driven and focused and dedicated to making a difference in the world,” Zarchi said. “And to see to it that their form of leadership will be very much anchored in and influenced by the values and models of leadership as articulated in the Torah.”

Zarchi said the program will have implications beyond Harvard.

“Harvard, as you know, is a community that sees itself as educating future leaders,” he said. “For us, the question is, ‘Will they be Jewish leaders at a time where leadership is so lacking broadly, including within the Jewish community?’”

—Staff writer Rohan Rajeev can be reached at rohan.rajeev@thecrimson.com.