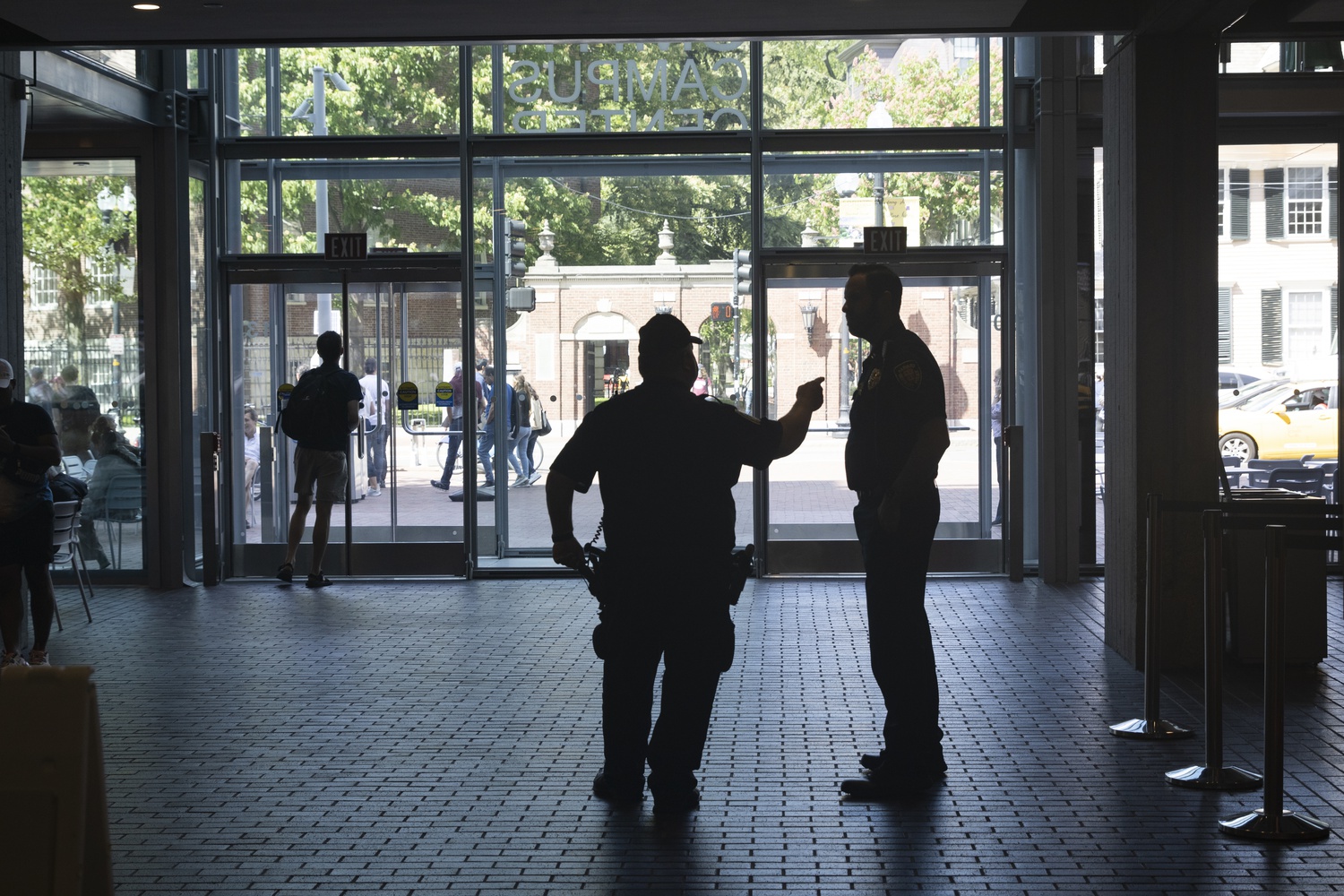 The number of crimes reported on Harvard's campus fell to 142 in 2021, according to data disclosed by the University under the Clery Act. By Angela Dela Cruz
By Sarah Girma and Brandon L. Kingdollar, Crimson Staff Writers

Crime on Harvard’s campus dropped to its lowest level in over a decade last year, with 37 fewer crimes reported than in 2020, according to a report released by the University on Friday.

The number of crimes reported on campus fell to 142 in 2021, according to data disclosed by the University under the Clery Act — down from 179 in 2020. The drop marks the fourth straight year crime has fallen at Harvard.

The crime data was released Friday in the Harvard University Police Department’s annual security report, which included 2021 campus crime statistics and other general safety information. Colleges and universities that receive federal funding are mandated by the Clery Act to distribute an annual security report to affiliates by October each year. The figures in the report only cover crimes the University is required to disclose by the Clery Act, which was signed into law in 1990.

Reported motor vehicle thefts on campus spiked to a total of 37 reported incidents last year, more than three times as many as 2020.

Twenty-two rapes were reported on Harvard’s campuses in 2021 — up from 16 the previous year. All but one took place on campus property.

HUPD officers made just four arrests around Harvard’s campuses in 2021, including one near its Longwood campus in Boston and three in Cambridge. Three arrests were related to weapons violations, while one was for a drug violation, according to the report. The department also issued nine “disciplinary actions” — eight for liquor violations and one for a drug law violation. The 2021 arrest total was down from six in 2020.

The department’s crime analysis covers the first five months of police chief Victor A. Clay’s tenure. Clay assumed HUPD’s top post in July 2021, promising to reform a police force that has been rocked by allegations of workplace toxicity, sexism, and racism in recent years.

While preparing the annual report, HUPD requests crime information from the Massachusetts State Police and some municipal departments, including Cambridge, Somerville, and Boston.

The Harvard Environmental Health and Safety Department also released its annual report on fire safety on Friday, in accordance with the Higher Education Opportunities Act. One fire was reported in 2021, up from none the previous year.