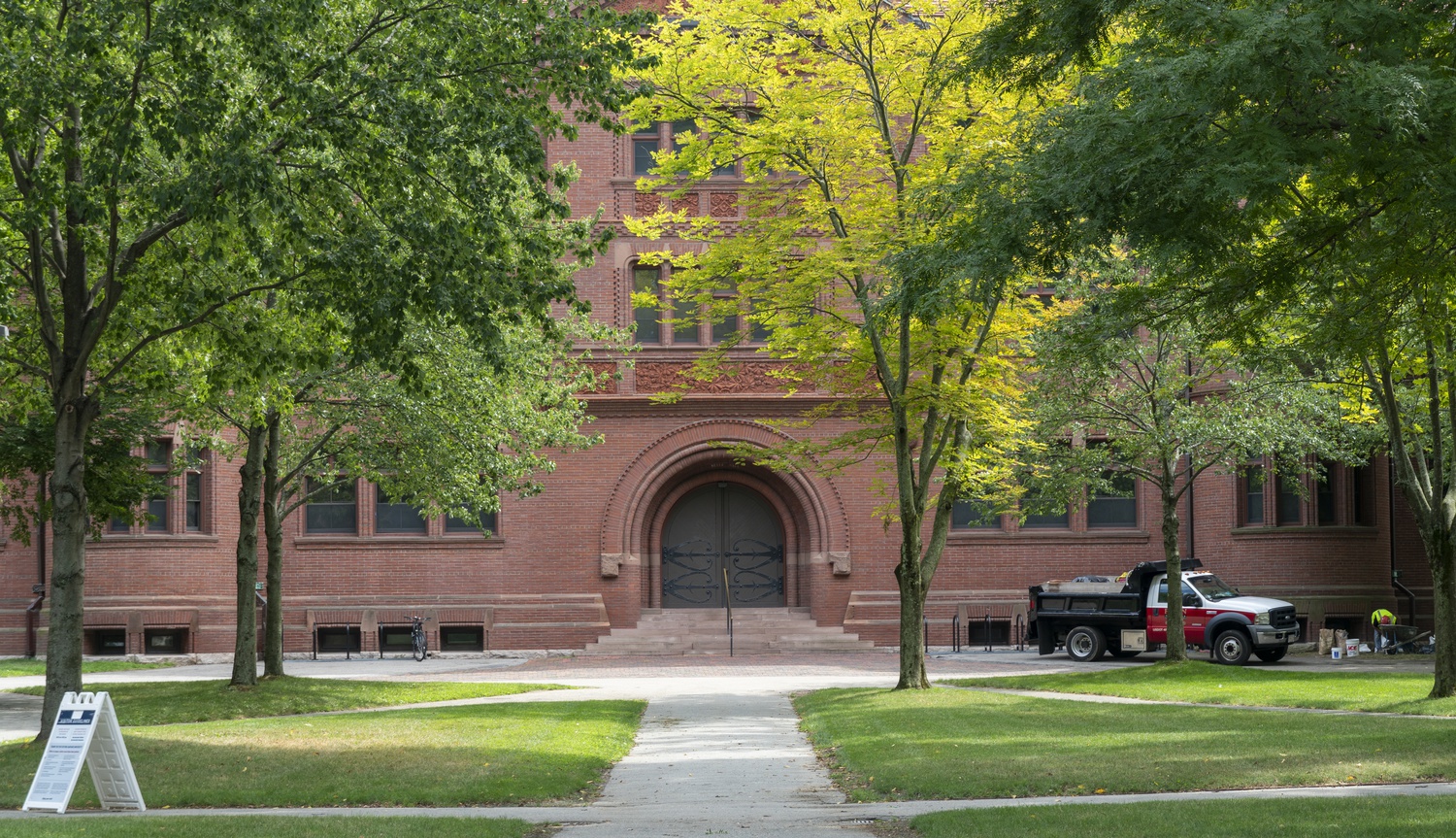 Harvard affiliates called on the U.S. government to further reprimand the Iranian regime at a Thursday discussion with U.S. Special Envoy for Iran Robert Malley.

The event — hosted by the Harvard Undergraduate Foreign Policy Initiative in Sever Hall — included a conversation with Malley. Before the talk began, around fifteen protesters stood outside the building, holding signs and a banner that read “Iranians Want Regime Change! Be Their Voice!”

Once the event started, protesters joined the event and conversation with Malley. Demonstrators who were interviewed said their display was not in protest of the event itself, but rather U.S. foreign policy toward Iran.

Protests have erupted in Iran following the Sept. 16 death of 22-year-old Zhina Mahsa Amini in police custody after she allegedly broke the country’s rules on headscarves. Since protests began, more than 230 people, including at least 29 children, have been killed during demonstrations, according to Iran Human Rights.

One organizer of Thursday’s protest — who spoke on the condition of anonymity due to concerns about safety — said a goal of the display was to demand the U.S. delegitimize the Iranian regime.

HUFPI President Sama E. N. Kubba ’24 said in an interview after the event that the original format — a moderated conversation — transformed into an open dialogue.

“The envoy is engaging directly with Iranians and Iranian Americans, and that’s a very diplomatic conversation happening right now that honestly, I didn’t even think was possible,” Kubba said.

“We started this event just because we have an intellectual interest in Iran and the U.S.’s relationship with Iran, and obviously he is one of the players in that arena,” she added. "But this turned into a much more important dialogue"

During the event, which was off the record, Malley fielded questions directly from the audience, many of which came from the demonstrators.

Kubba said the candor of the conversation was “quite unprecedented for the State Department and quite unusual.”

“The fact that this even happened,” she said. “I’m really impressed.”

Thursday’s event marks at least the third demonstration in solidarity with Iranian protesters organized by Harvard affiliates in recent weeks. Last month, around 50 affiliates gathered on the steps of Widener Library, and last week, Harvard students staged a “die-in” before the John Harvard Statue.