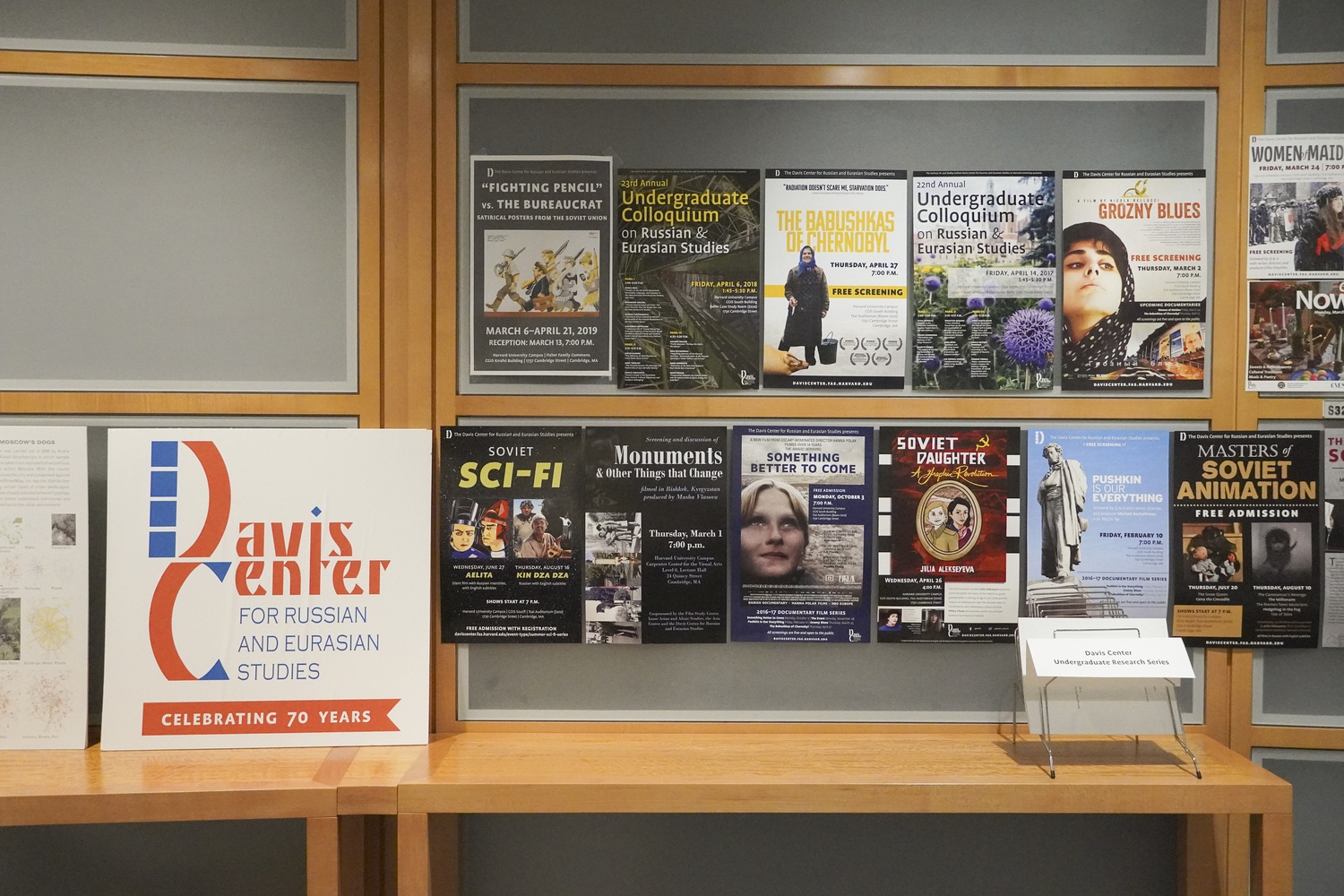 The Davis Center for Russian and Eurasian Studies has hosted dozens of panels and discussions on the war in Ukraine since Russia's invasion in February. By Josie W. Chen
By Michelle Bulin, Emma H. Haidar, and Tyler J. H. Ory, Contributing Writers

A panel of international relations experts discussed the implications of Russia’s war in Ukraine on the South Caucasus region at an event hosted by the Davis Center for Russian and Eurasian Studies on Thursday.

The panel — moderated by the center’s Director on Georgian Studies Stephen F. Jones — covered the changing political dynamics of the war, including Georgia’s relationship with Russia and the European Union, as well as regional reliance on Russia.

Russia launched a full-scale invasion of Ukraine in February 2022, eight years after annexing the Ukrainian region of Crimea. After a series of referenda globally panned as shams held in September 2022, Russia declared its annexation of an additional four regions — Donetsk, Kherson, Zaporizhzhia, and Luhansk — though control of the territories remains contested.

Kurt D. Volker, former U.S. ambassador to the North Atlantic Treaty Organization, said Putin’s actions reflect the belief that the Soviet Union’s collapse was “the greatest tragedy of the 20th century” and that there is “a need to rebuild Russian greatness.”

Volker, who was U.S. special representative for Ukraine negotiations under the Trump administration, added that the Russian government believes it has a right to the annexed territories, and that Putin has portrayed Ukrainians as “Russians who are confused about their identity.”

Beka Kobakhidze, a professor at Ilia State University in Georgia, said he spent two years in Ukraine’s Donbas region and described the desire of some Ukrainians to return to Russia as an “invitation to the past.”

“They mean going back to the Soviet Union,” Kobakhidze said. “They want to be again part of this greater thing, which was Soviet Union and which Putin wants to reassemble.”

Timothy J. Colton, a professor of Government and Russian Studies at Harvard, said Putin’s failures in the war have affected Russia’s reputation among countries in the Caucasus.

“When the leaders of Georgia, Azerbaijan, and Armenia think about their predicaments before they turn off the lights, they’re bound to think that Russia is less capable of achieving its objectives and less capable of helping them realize theirs than they thought was the case a year ago,” Colton said.

The war has put Georgia in a difficult position, according to Colton. While much of the population supports Ukraine, he explained, the government is still hesitant to take any action that might create tension with Russia.

Natalie Sabanadze, former head of the Georgian mission to the EU, said Georgia has adopted a position of “benevolent neutrality” toward Ukraine.

Despite the Georgian government’s hesitancy to jeopardize relations with Russia, Sabanadze said, the distraction to Russia and attention from the West caused by the war has created a unique opportunity for Georgia to become closer to the EU — though Sabanadze said she believes Georgia’s government has not taken full advantage of it.

Colton said it was unlikely either side could fully prevail in the war.

“[Russia] is mortgaging its future in an entirely negative way to pay for this military venture, and it’s hard to see anything favorable about that,” Colton said. “But whether it quote-unquote wins or not, I don’t think that total victory is possible for either side.”