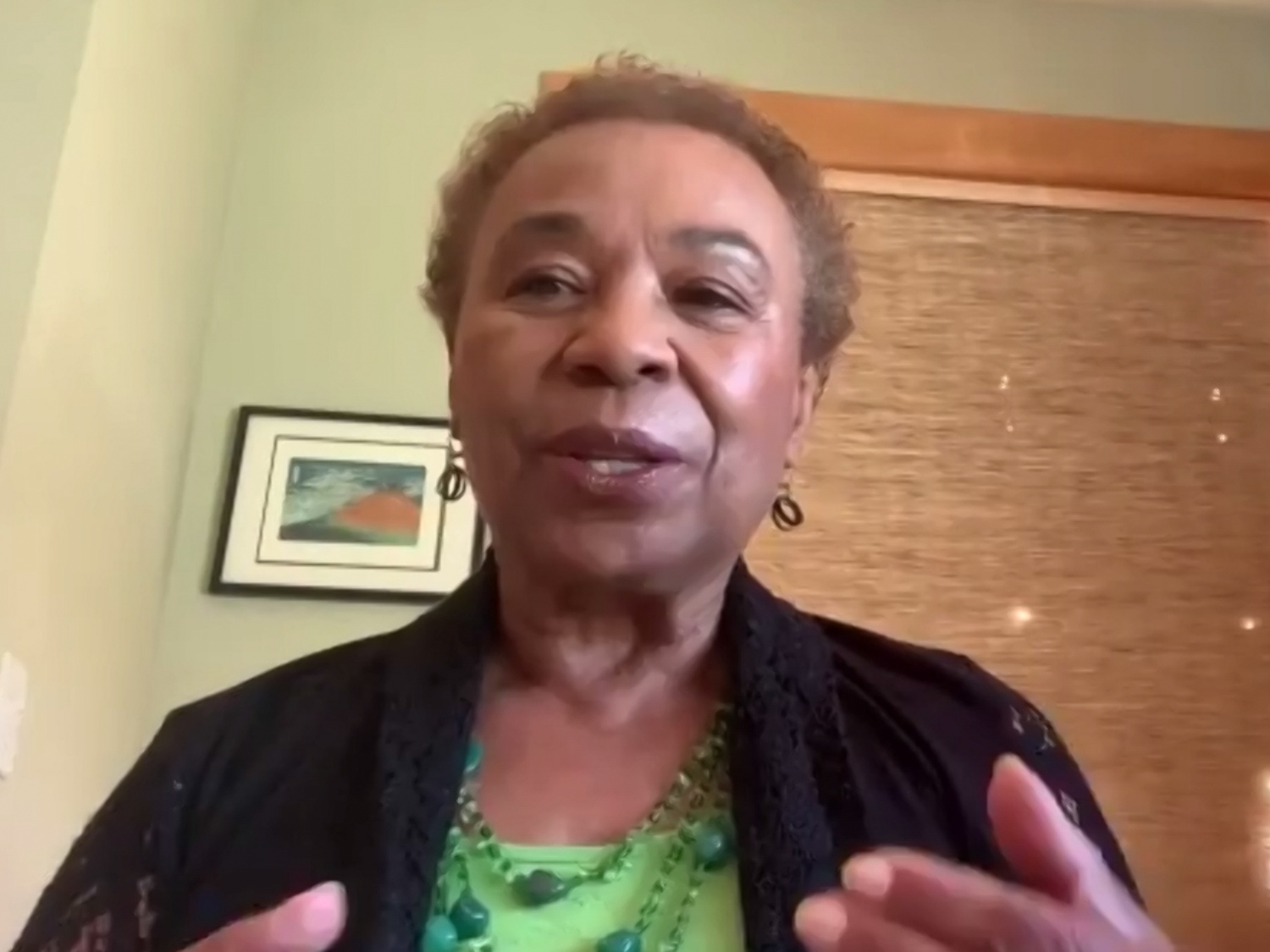 United States Representative Barbara J. Lee (D-Calif.) called for the federal government to establish a “commission on truth, racial healing, and transformation” during a Harvard Institute of Politics forum on Thursday.

Thursday’s forum served as the keynote event for the Institutional Antiracism and Accountability Project’s annual Truth and Transformation conference, hosted by the Harvard Kennedy School’s Ash Center this week.

In conversation with Melissa V. Harris-Perry, a professor at Wake Forest University and former MSNBC host, Lee discussed racial justice in the United States and called for policymakers to consider reparations.

“This country has never had its truth-telling moment as it relates to the Middle Passage and the impacts of enslaving so many people for so many years,” Lee said. “After genocides, crimes against humanity, slavery, you can’t heal without people coming forth.”

Lee also discussed the contemporary impact of slavery in the U.S.

“We’ve seen the manifestations of the enslavement of Africans through the murder of Mr. George Floyd, for example; through the disparities in healthcare, through Black and brown people dying disproportionately from Covid,” she said. “You can’t separate that from the trajectory of enslaving Africans to today.”

Lee said a truth commission would need to be both “intergenerational” and “intersectional.”

“It’s got to have people who are impacted by the legacy of slavery,” she said. “We’ve got to have young people to vision what the future looks like without these barriers of systemic racism, we have to have academics and historians, and we have to have a couple of politicians on it, because they have to help shepherd the reparations and the final conclusion of this process through the United States Congress.”

She added that descendants of people who benefited from slavery should be included in a commission “so they, too, can understand their connection — but not from a guilt perspective, but to tell the truth about what took place.”

“It has to be an environment that’s conducive to them coming forward,” Lee said.

Lee and Senator Cory A. Booker (D-N.J.) officially introduced the legislation in Congress that would establish a United States Commission on Truth, Racial Healing, and Transformation back in Feb. 2021.

Asked by Harris-Perry about what reparations would look like in practice, Lee said the commission should be tasked with determining specifics, pointing to a state-established reparations task force in California as an example.

“They’re very close in trying to create a system of government that mirrors autocratic rule and fascism,” Lee said.

“Elected officials, you elect them and you need to hold them accountable, “ Lee added. “That’s what democracy is supposed to be about.”