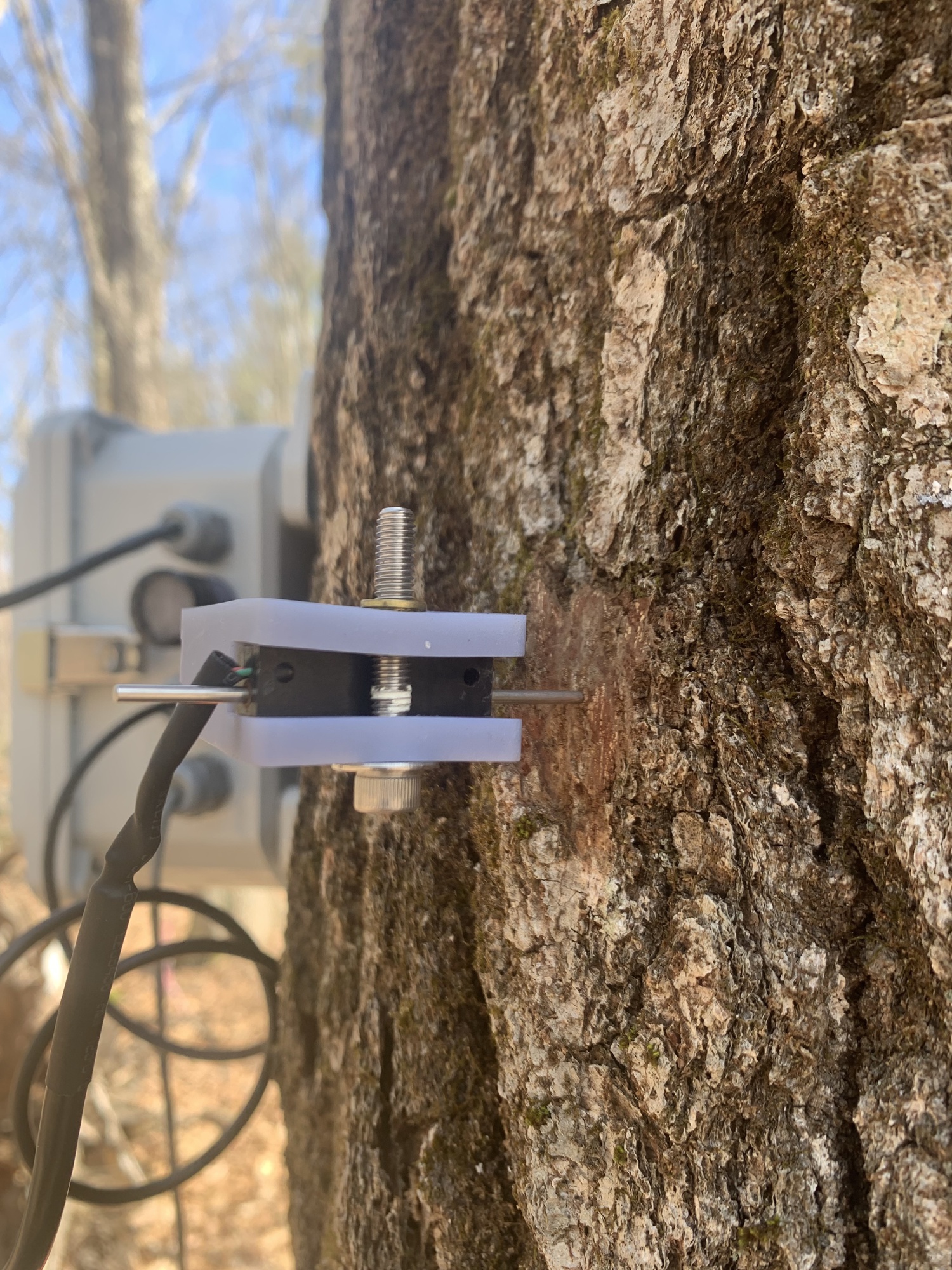 This isn’t just any aged tree — this is what is known as a witness tree. Witness trees are, by definition, any tree that has experienced historical events through its significant age and location. Many well-known witness trees were present for major Civil War battles. In the case of the one at the Harvard Forest, these historical events have less to do with military and politics and more to do with the climate and ecology of the forest.
By Anika L. Christensen and Tess C. Wayland

Hidden in the Harvard Forest, located in Petersham, Massachusetts, grows a 110-year-old red oak tree. Through trunk swells and leaf fall, it stays rooted, watching from eight stories above the forest floor.

This isn’t just any aged tree — this is what is known as a witness tree. Witness trees are, by definition, any tree that has experienced historical events through its significant age and location. Many well-known witness trees were present for major Civil War battles. In the case of the one at the Harvard Forest, these historical events have less to do with military and politics and more to do with the climate and ecology of the forest.

This particular witness tree has a research team composed of Harvard’s Tim Rademacher and Clarisse M. Hart, along with Boston University’s Taylor Jones. The three of them have outfitted the tree with sensors tracking its growth, leaf changes, and sap flow. This information is important to indicate the overall health of the forest, but it also has a second purpose: filling the tree’s Twitter account, @awitnesstree, which automatically posts friendly updates about the tree for an audience of almost 11,000 followers.

Rademacher, who started the project, was inspired by TreeWatch, an initiative based at the University of Ghent that tweets out technical data about trees throughout Europe. He wanted the witness tree’s account to take data and make it personal and digestible for people with little scientific experience. He says that facts and data are “super interesting for specialists like me who understand what a sub flex of 3.5 centimeters per hour means,” but they are “not that meaningful for a larger audience.” Rademacher says the intent is “making the tree the protagonist of the story.”

From Ents in The Lord of the Rings to Yggdrasil, a tree that serves as the world’s foundation in Norse mythology, Rademacher believes that trees naturally attract human connection. Both Rademacher and Hart appreciate the importance of assigning an identity to the tree while supporting it with objective data. “There is an inherent human urge to communicate with nature, and with trees in particular,” Rademacher sayssaid. “Trees are always seen as wise, trustworthy, and honest.”

Combining ecology and communication is where Hart comes in. She holds degrees in both environmental studies and nonfiction writing, and she did a project during her PhD studies on “nature-based Twitter communication” at UMass Amherst. “We actually thought a lot about the voice of the tree,” Hart says. “It’s, like, friendly, but still really kind of science-y.”

Her strategy is to publish three types of posts: audience-building posts which publicize the account via hashtags, data-driven posts which share particular information about the tree, and interactive posts where the tree will “answer” questions or send “selfies.” These posts are automated via a code designed by Rademacher and his student, Kyle Wyche, using recently gathered data and photos to fill in the team’s pre-written messages.

The tree is connected to an archive of climate data that Harvard Forest has collected since 1964, showing the audience the extent of what the tree has witnessed. “When it says it’s a hot day, it’s not just saying it’s a hot day,” Hart says. “It’s comparing it to 50, 60 years ago, in a way that we as humans can’'t do.” The team uses this information to help the public become more passionate and engaged with issues of climate change. Hart notes that the posts that receive the most comments are the ones that are climate-themed.

Hart and Rademacher agree that there is a “dystopian” undertone in using social media to encourage people to care about nature. But as Hart says, “I also recognize that you need entry points for people, and if this is an entry point, great. If this keeps nature top of mind for people, great.” Rademacher says that “any tool is good” if it motivates people to combat the world’s current climate and biodiversity crises.

The witness tree team is currently working on expanding the project with three new trees housed at Drumlin Farms in Lincoln, Massachusetts, Harvard’s Arnold Arboretum, and Cambridge Common. The most urban tree to date, the Washington Elm located in Cambridge Common, claims to have borne witness to Washington taking command of the American army and Cabotians walking to the Quad. The gray headstone to its left marks Boston history, while a small gray box attached to the trunk with wires running through the tree’s yellow leaves collects present-day data.

Because of pandemic- and technology-related delays, the Washington Elm will not start speaking to us until after its dormant season — but it’s still speaking. “You can’t look at a tree and see that it grows, but it grows,” Rademacher says.

With the addition of new trees comes the need for updated technology. Using grant money from the Harvard Climate Change Solutions Fund, Jones is developing more cost-effective, compact, and precise sensors that can be used in urban environments.

Rademacher and team hope these new trees can serve as educational tools for K-12 students, creating a gradient of trees from rural to urban so students can compare data across different ecologies. The project is running teacher workshops, developing lesson plans, and building a website so that the tree’s data is accessible in schools.

On November 6, the Harvard Forest will take visitors to the location of that original witness tree for the first time, which has been kept secret to avoid foot traffic and equipment damage in a key study area. Another motivation for this secrecy is the lack of anything particularly noteworthy about this tree. “I don’'t think it’'s useful to create hype around this particular one tree and then people want to visit,” Rademacher says. “What’'s much more useful is to think about the tree just outside of your window.”

Rademacher is taking his own advice: the next tree he hopes to add to the witness tree network is a “French-speaking” sugar maple right on his own sidewalk in Canada.