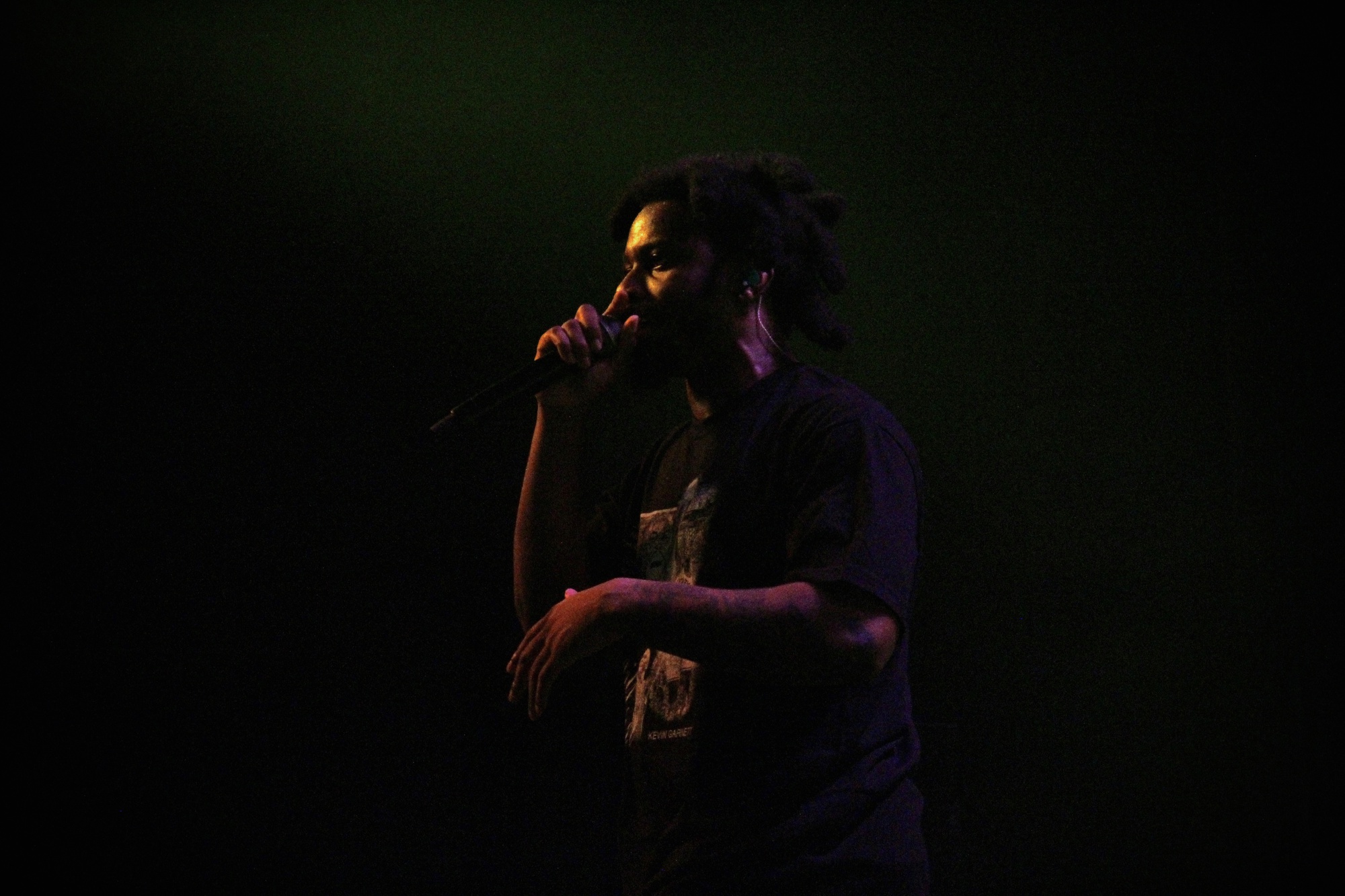 By Alisa S. Regassa, Crimson Staff Writer
Seeing Curry in his element made it an unforgettable experience for every concert-goer. By Courtesy of Teal Migliaccio

Since the release of his first mixtape in 2011, “King Remembered Underground Tape 1991–1995,” Florida-native and rapper Denzel Curry has been constantly reinventing himself and his musical direction — a side effect of delivering project after project over the years. With the release of his second studio album “Melt My Eyez, See Your Future” in 2022, Curry told the Miami New Times that he is out with the old and in with the new: “Y'all are not going to hear the same type of Denzel anymore." Perhaps the end of an entire era in his career, the rapper wrapped up his 2022 tour with a legendary — one could even call it an “Ultimate” — show at Boston’s Roadrunner. 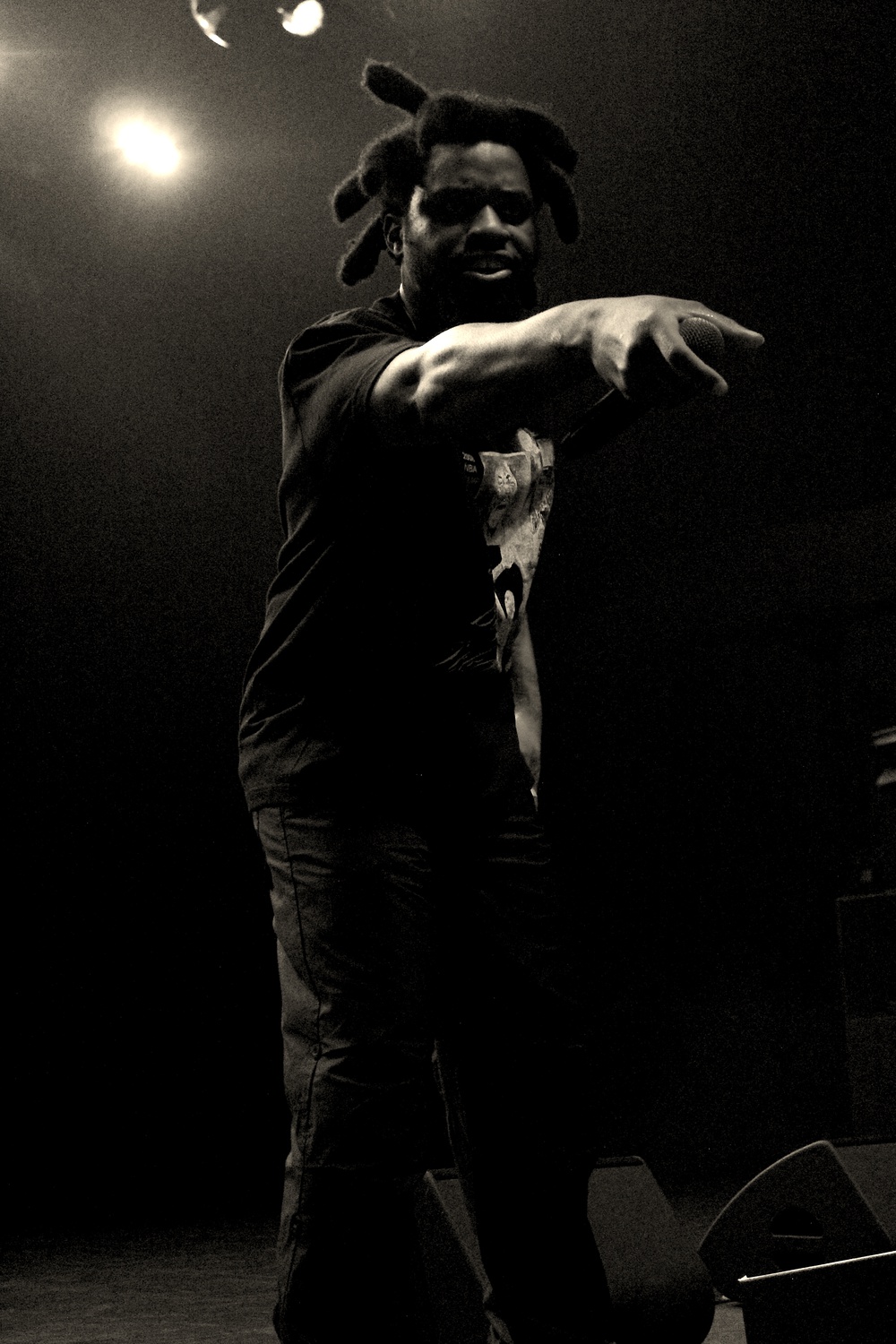 Florida-native rapper Denzel Curry thrived off the wild energy coursing through the crowd. By Courtesy of Teal Migliaccio

The intense energy coursing through the venue was palpable before Curry even took the stage. Opener PlayThatBoiZay made sure of that by delivering a performance so hype that multiple mosh pits erupted throughout his set. The undying screams from the moshers were loud enough to elicit a wild appearance by none other than Curry himself. He skirted across the stage with a knowing smirk that foreshadowed a great show was bound to come. PlayThatBoiZay was followed up by two other openers, AG Club and redveil, who brought their own finesse to their performances but matched Curry’s energy to a T.

Curry didn’t let his opening acts outshine him. On the contrary, they enhanced his performance by getting the crowd loose and rowdy so that his performance could feed and thrive off that wild energy. He kicked off the show with “Melt Session #1” and “Walkin,” which echo each other in the vulnerable and emotional narrative behind the lyrics “I keep walkin’” that are featured on both tracks. Although the two are thematically coherent, the sonics could not be more different. While “Melt Session #1” features Robert Glasper’s introspective piano in the background, the trap beats on “Walkin” are catalysts for head-banging — especially when Boston fans heard the lyrics “make the team green like the Celtics.” When followed up with the political “Worst Comes to Worst” and “The Last”’s commentary on institutional racism released during the Black Lives Matter movement, the beginning of the setlist was a constant ebb and flow between lyrical and sonic contrasts. 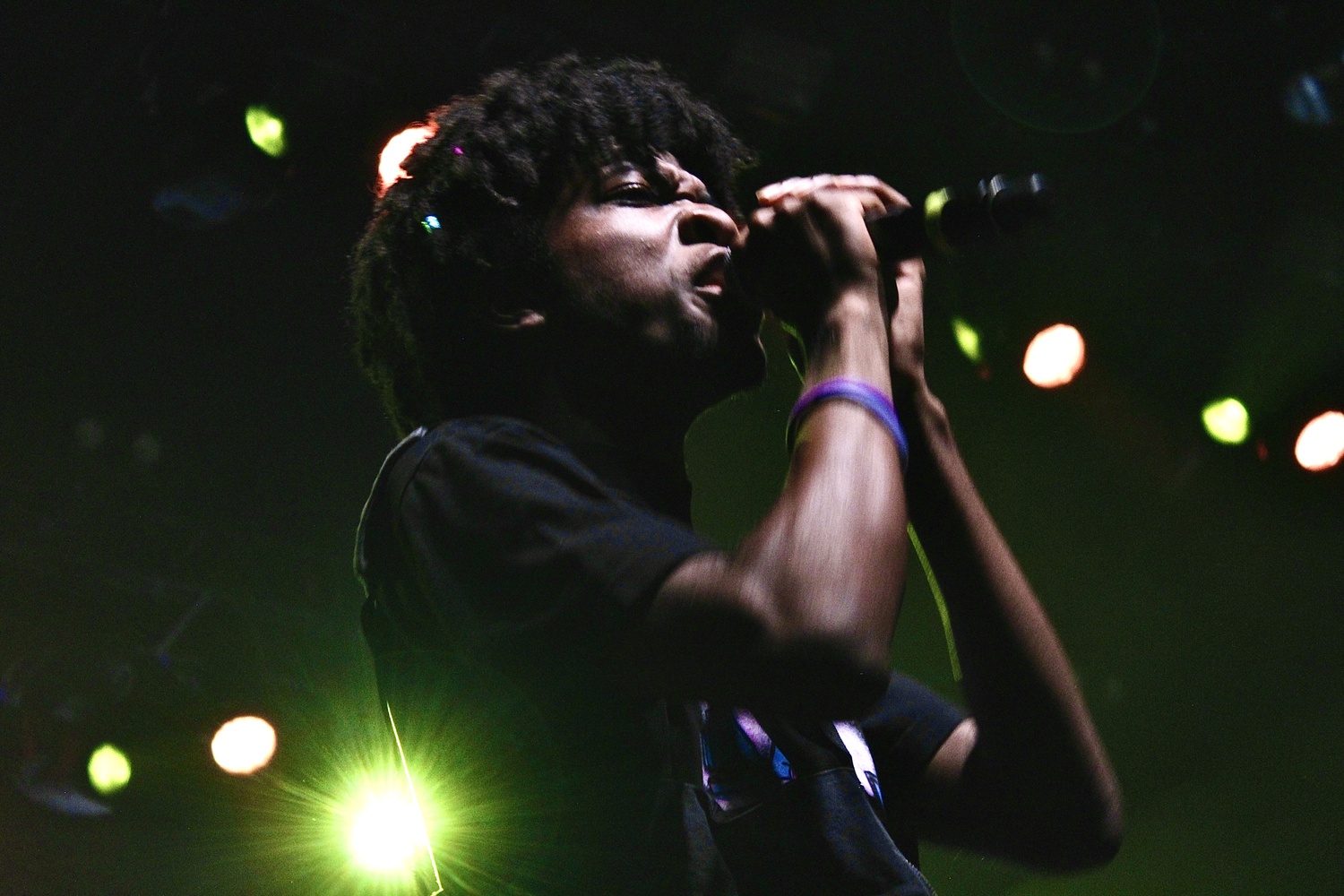 Maryland rapper redveil, brought his own finesse to his opening performance, matching Curry’s energy to a T. By Courtesy of Teal Migliaccio

The driving force behind the narratives in Curry’s verses was the thematic display on the screen behind him. Just like Curry’s performance, there was never an underwhelming moment. Whether it was the trippy flash of hallucinogenic colors, the striking red ink of Japanese imperial-era courts, the sweltering yellows of a desert, grainy footage of sumo wrestlers going at it, or the shocking white faces of creepy clowns, the stage was always dynamic. Both the thrum of the bass and the buzz of electric colors charged the room and worked to energize the crowd.

Quite the multitasker, Curry was also a master at engaging the audience in his show. He painstakingly taught the Boston crowd how to make a wall-of-death in preparation of the beat drop in “Ain’t No Way.” He didn’t stop there. As if getting the entire standing area to part down the middle wasn’t impressive enough, Curry got the entire venue to get low before the opening beats of “Ultimate.” He also went above and beyond to get the moshers-going during “Dog Food” but made sure to help people up-front out with shouts of warning telling everyone to “step the fuck back!” When the crowd got too rowdy he didn’t panic: “Let me see that shoe,” he said after a shoe was thrown at him from an over enthusiastic fan. “Fuck that shoe!” he yelled and chucked it back into the laughing crowd.

Curry also conversed with the audience on more serious topics, like how any day could be the last in the post-pandemic reality before he performed “The Last.” As a result of his commitment to making the night one to remember for the fans, the recently opened Roadrunner came to life and genuinely felt like the largest indoor general admission venue in New England. 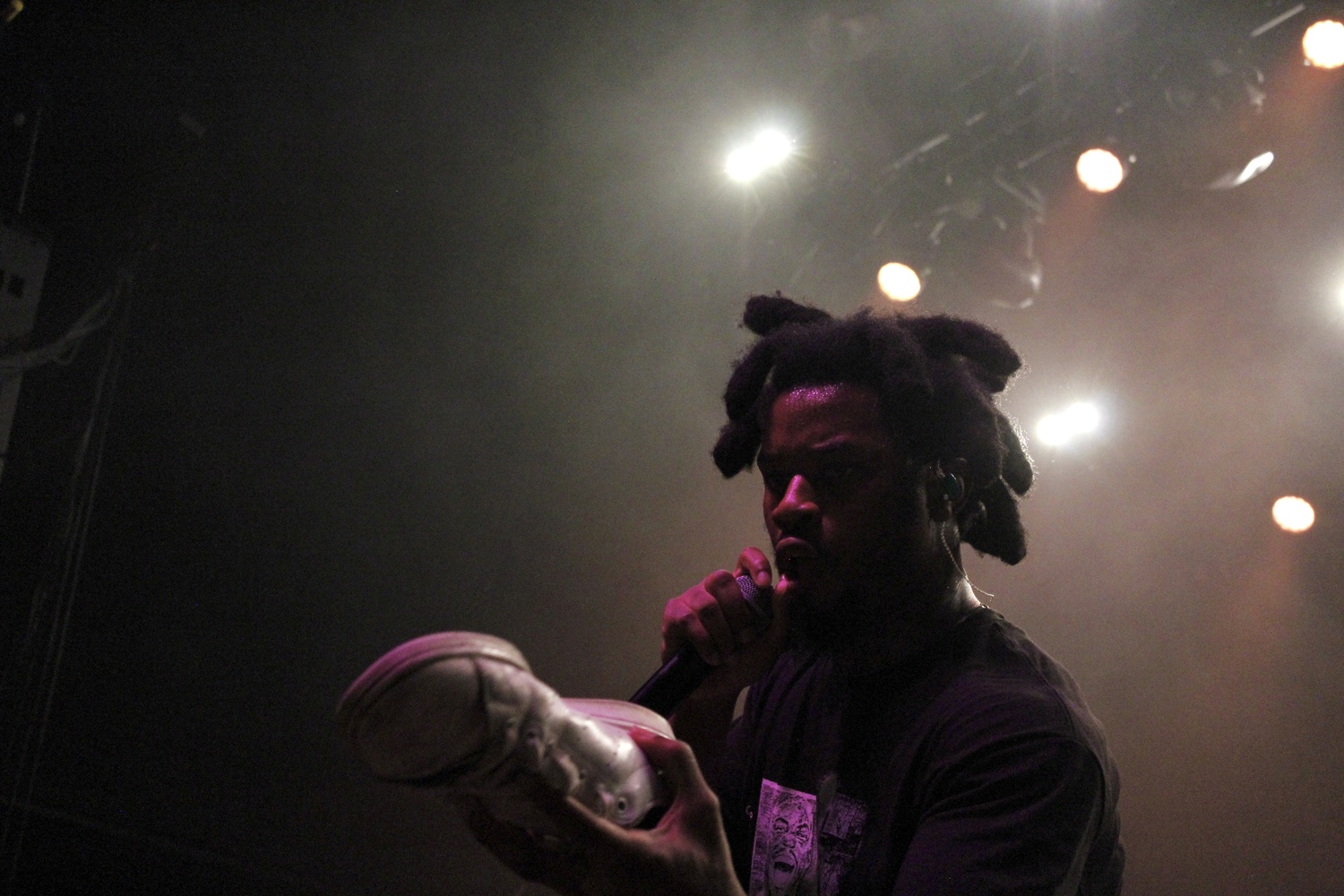 “Let me see that shoe,” Curry said after a shoe was thrown at him from an over enthusiastic fan. “Fuck that shoe!” By Courtesy of Teal Migliaccio
Advertisement

After more than a decade in the industry, Denzel Curry’s growth is evident. Not only in the evolution of his musical style, but in the impressive stage presence and larger than life personality on stage. He thrives in the at-times chaotic but undeniably epic atmosphere that he creates for himself while performing, and seeing the rapper in his element makes it an unforgettable experience for every concertgoer. 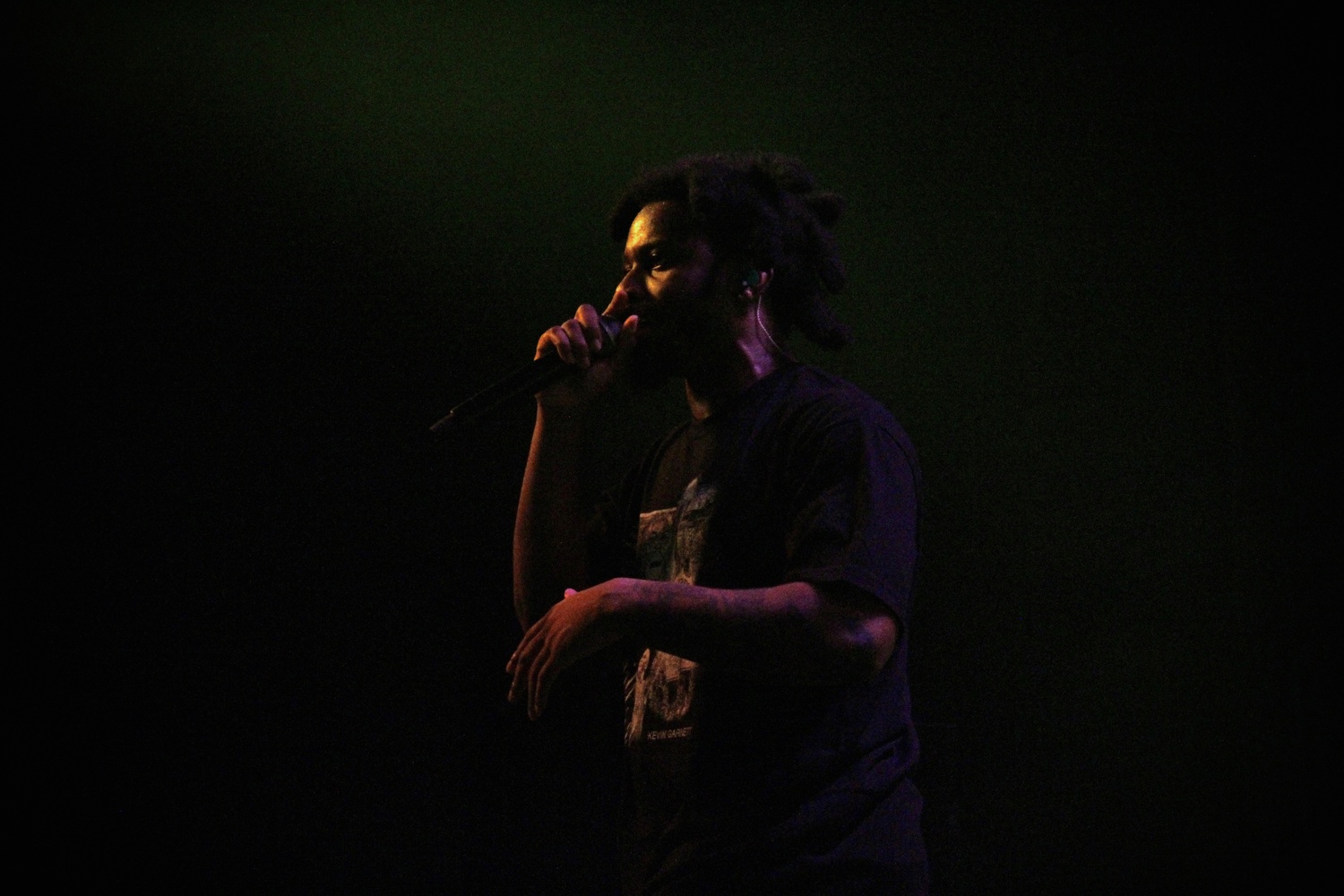 Seeing Curry in his element made it an unforgettable experience for every concert-goer. By Courtesy of Teal Migliaccio