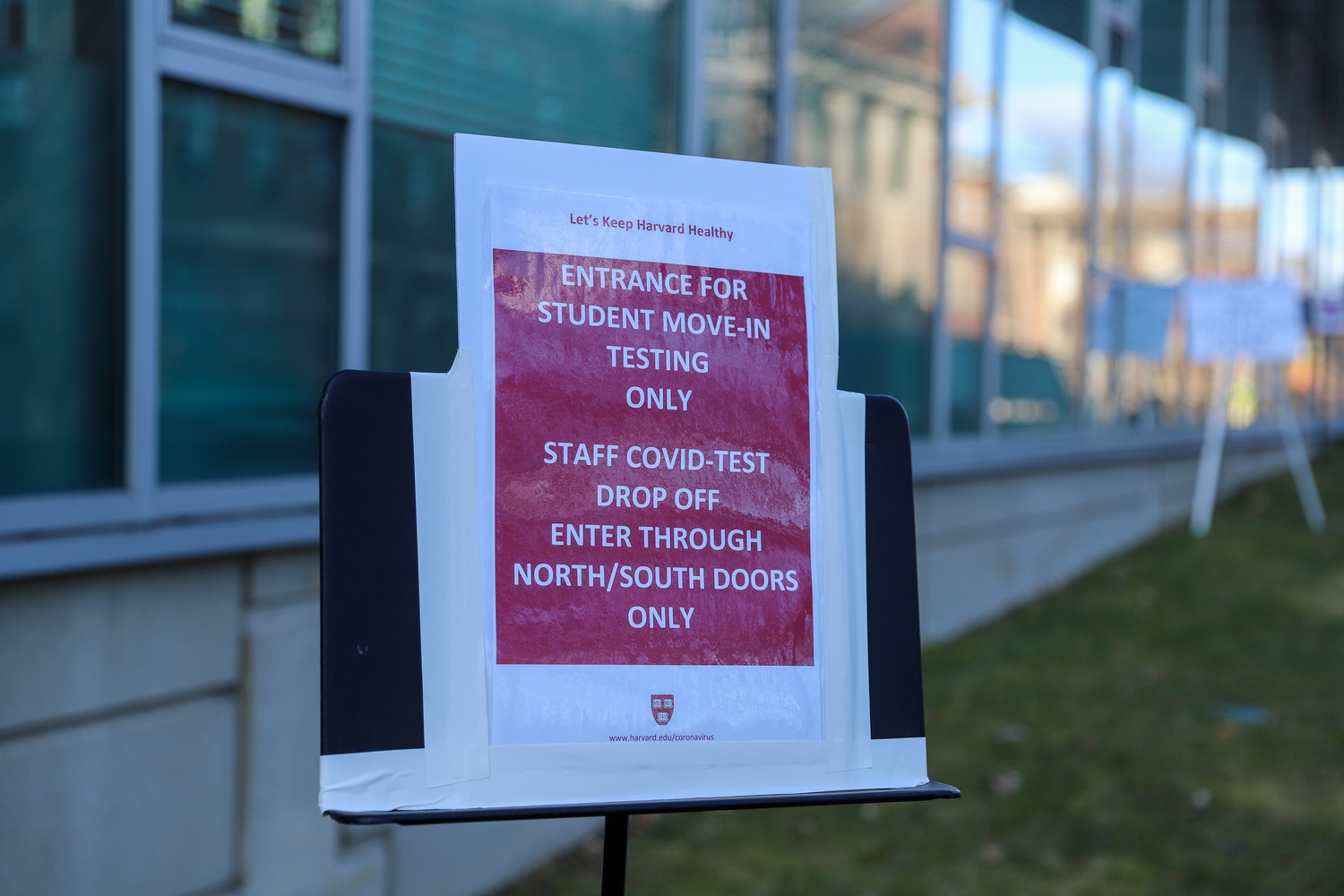 More than 160 Harvard affiliates have signed onto an open letter asking the University to share Covid-19 testing kits with Harvard-affiliated health care workers for the remainder of winter break.

“We are asking Harvard to use any surplus testing capacity to offer COVID-19 testing to Harvard-affiliated healthcare workers until January 24th, and if practical, to other healthcare workers and high risk populations as well,” the letter, addressed to University President Lawrence S. Bacow and top administrators, reads.

Harvard is affiliated with some of the region’s largest hospitals and health care centers, including Boston Children’s Hospital and Massachusetts General Hospital.

The push comes amid a surge in Covid-19 cases in the Boston area. Between Dec. 29 and Jan. 4, Boston saw more than 14,000 new cases. Cambridge recorded 1,800 new cases in that same time frame. In the past week, Harvard has documented more than 880 new positive cases on its campus.

M.D.-Ph.D. student Leah L. Pierson, who authored the letter, said she drafted it after noticing a substantial drop in the number of Covid-19 tests processed by Harvard. The open letter notes that the school processed more than 40,000 tests per week during the fall semester, but has run less than 10,000 tests during some weeks of winter break, when most students are away from campus.

Pierson said the drop in processed tests means Harvard may have excess testing capacity that could be reallocated during winter break.

“One solution Harvard could consider would be having healthcare workers with Harvard email addresses create Color accounts to register tests,” she wrote in the letter. “Harvard could then provide these workers with pick-up and drop-off stations to retrieve and return testing kits. Although there would be logistical challenges involved, we believe Harvard could overcome these challenges.”

Harvard spokesperson Jason A. Newton wrote in an emailed statement that the Harvard University Clinical Laboratory, which processes the majority of the school’s Covid tests, has already experienced an increase in tests ahead of the spring semester.

“The Harvard University Clinical Lab (HUCL) continues to see testing volume increase as we move closer to a resumption of most on-campus activities in the coming weeks, including many residential students returning to campus beginning January 14,” Newton wrote.

Harvard processed more than 16,000 thousand tests between Dec. 31 and Jan. 6 — a spike compared to prior weeks of winter break.

Still, signatories of the letter hope to see Harvard expand its testing network to affiliated health care workers for the remainder of the recess.

“As we’ve seen the explosion in cases at Harvard, even during this supposedly remote circuit breaker period, our health is really intertwined with that of the non-affiliated local community,” Ezekiel P. “Zeke” Benshirim ’19, a Ph.D. candidate in Biological and Biomedical Sciences, said. “So helping people who live in and work around us monitor their health seems like a good thing to do.”

“If you have the infrastructure in the pandemic and crisis that we’re in with it right now, no resources should go unused,” she said. “I think that is a good move, to push Harvard to make better use of its resources.”

Cruz noted that many Harvard-affiliated health care workers already have some access to testing. She said the letter does not acknowledge that it “is a lot of power and privilege to even be able to get tested.”

Newton, the Harvard spokesperson, wrote that the University is exploring ways to help affiliated hospitals, although the school is limited in its ability to share testing capacity.

“While HUCL is limited in its ability to take on additional testing volume with the affiliated hospitals, University leaders have been in communication with affiliate hospital leadership to see if there are ways we can help,” he wrote.