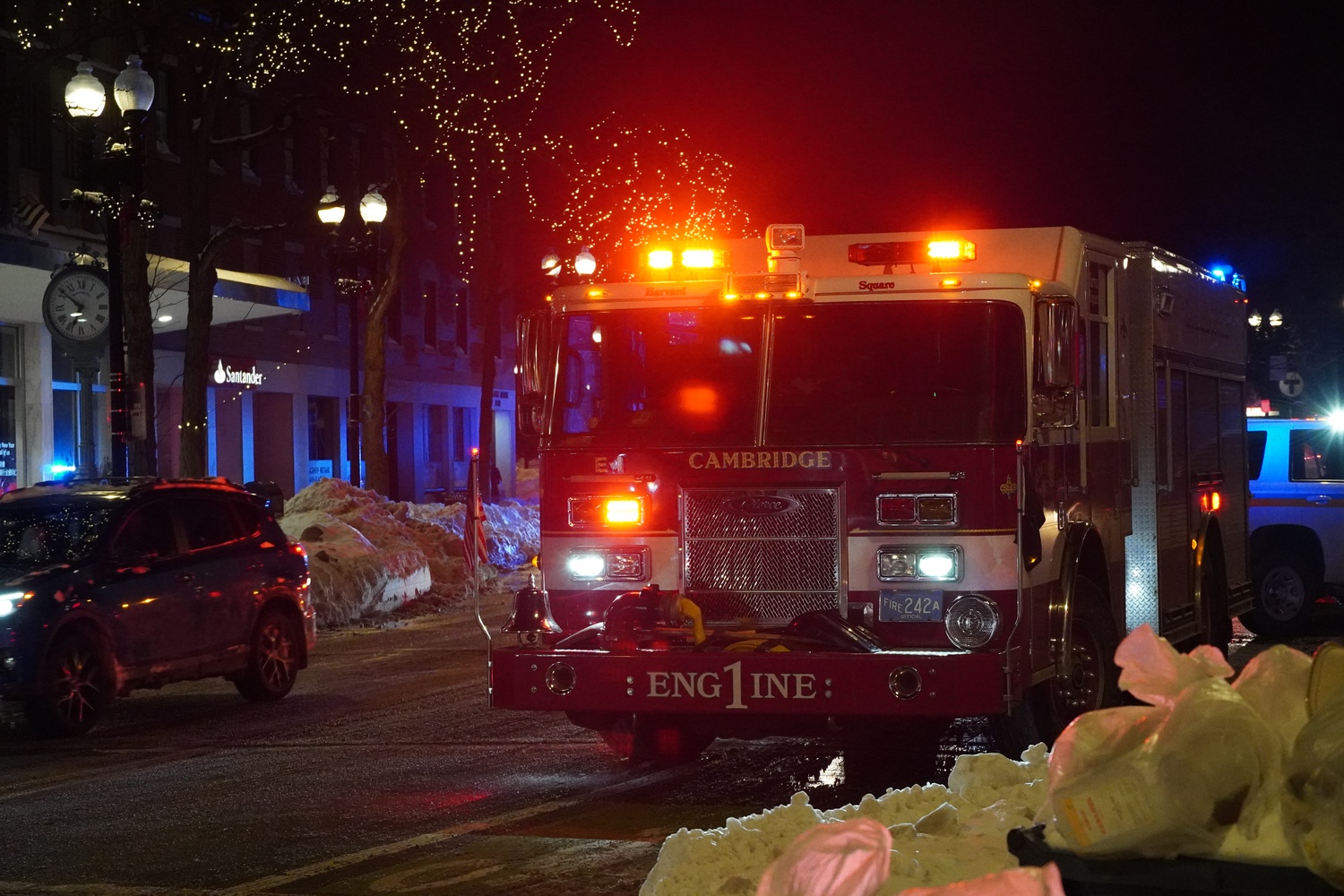 Rail service along the Massachusetts Bay Transit Authority’s Red Line was suspended for over five hours Sunday following a “medical emergency” at the Harvard T station involving “a person under a train,” the MBTA tweeted.

Shortly after 5 p.m. Sunday, first responders swarmed the Harvard T station and the MBTA halted trains in both directions. During the closure, shuttles replaced regular rail service between the Alewife and Park Street stations.

According to MBTA spokesperson Joe Pesaturo, Red Line service was restored at 10:35 p.m. after investigators departed, having cleared the scene.

The status and identity of the individual under the train remained unclear as of Sunday evening.

Passengers reported delays resulting from incident. Finn M. Gardiner, a disability advocate, said he was stranded at the Harvard Square station for over an hour waiting for shuttle service after the incident halted his train.

“We were being ushered outside to the streets in the bitter cold onto sidewalks that were not completely shoveled because of yesterday's blizzard, and that’s not ADA compliant,” Gardiner, who himself is disabled, said. “I should not have had to lift my walker up the curb to look for buses that haven’t even arrived yet.”

Carol J. Simon was riding the outbound train when officials told her to vacate the station. Due to the cold weather, Simon — who is disabled — remained in the lobby just outside the turnstiles into the station. She was told that the next train would arrive in “a couple of hours.”

Roommates Ryan H. Doan-Nguyen ’25 and Abhi S. Patel ’25 planned to take the T to Boston’s Chinatown to dine at their favorite Thai restaurant, but were surprised to find caution tape blocking their path to the inbound rail.

Doan-Nguyen, a Crimson multimedia editor, said he almost could not believe the announcement in the station that the Red Line had been closed due to a person under the train.

Patel said his first thoughts were of the Jan. 15 murder of Michelle A. Go, who was pushed to her death in front of a New York City subway train.

“I was thinking, you know, is this like a copycat attack or something?” Patel said.

“I was really worried that it was a hate crime as well,” Doan-Nguyen added. “Just the uptick in attacks against Asian Americans and in cities like New York and Boston — you never really know what might have happened.”

John L. Pulice, a Ph.D candidate at Harvard Medical School, wrote in an email that when he arrived at Kendall Square station shortly after 6 p.m., the station was closed with over thirty people waiting outside to travel in each direction.

“People shouted that they had been waiting for [90 minutes] in the freezing cold for a shuttle bus to no avail,” Pulice wrote. “We received no information otherwise about when or if a shuttle bus would eventually come.”

Spokespeople for the Cambridge Police Department and Massachusetts State Police deferred to the Transit Police and District Attorney’s office, respectively. Neither responded to requests for comment Sunday evening.