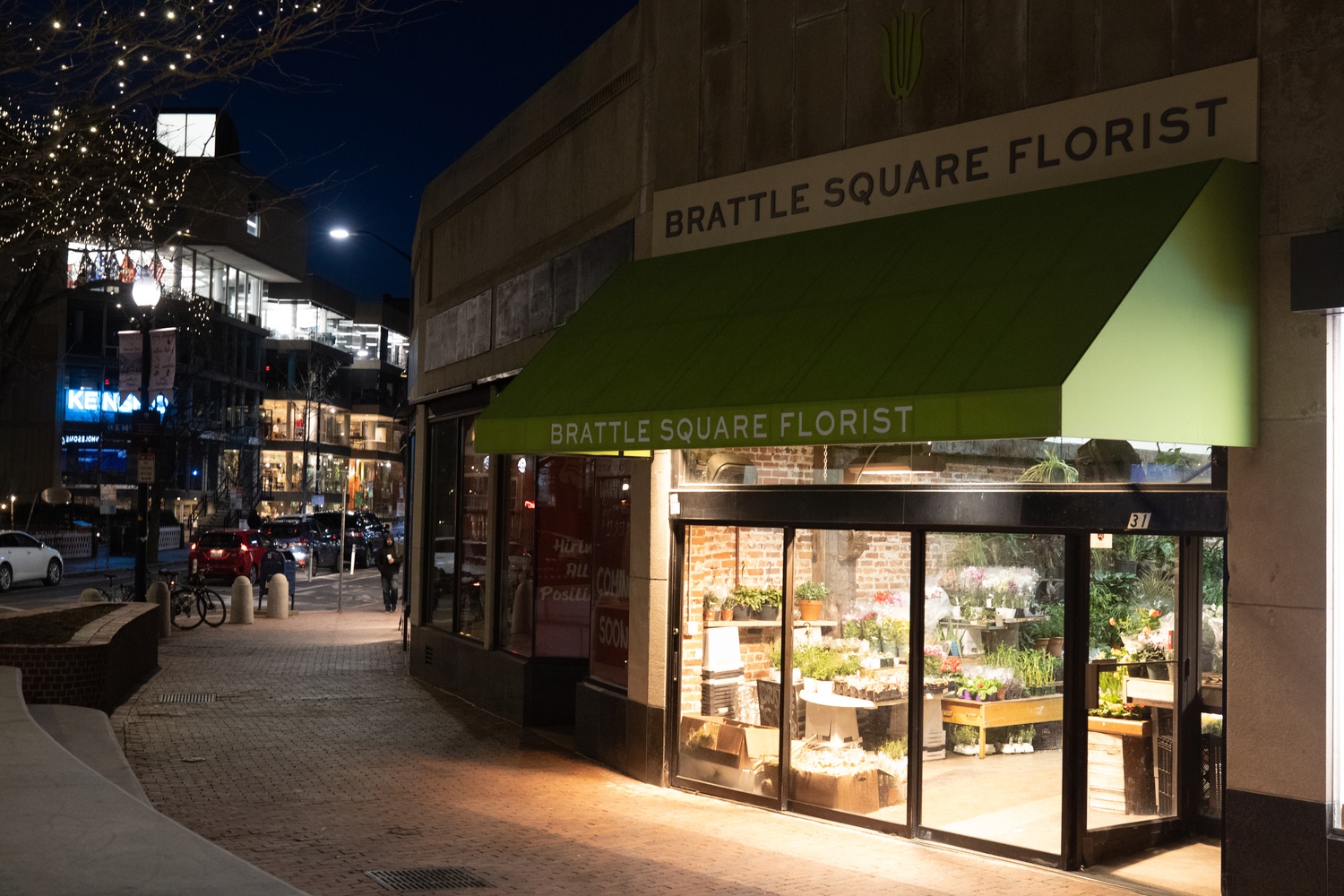 Brattle Square Florist will remain open under the ownership of longtime store manager Stephen Zedros, a member of the Gomatos family who founded the shop. By Pei Chao Zhuo
By Katherine M. Burstein and Sage S. Lattman, Crimson Staff Writers

Brattle Square Florist will remain open under the ownership of longtime store manager Stephen Zedros, a member of the Gomatos family who founded the shop, its current owner announced just days away from the shop's scheduled Jan. 31 closure.

The shop, which has operated in Harvard Square for 105 years, will continue operations at its current location until March before moving down the block to 52 Brattle St. Current owner Randy Ricker announced in December that he planned to retire and close the store, citing staff shortages, rising costs, and the continuing pandemic.

But he anticipates the store will recover under Zedros’ ownership.

“I think he’s gonna surmount those challenges — where, from my perspective, it was just daunting,” he said.

Zedros shared a similar optimism about the shop’s future now that Harvard has returned to in-person operations.

“The traffic is starting to come back a little bit,” he said. “With the kids back at Harvard, and with the faculty back, it’s stronger — much stronger — than it was.”

With Covid-19 continuing to impact storefront operations, Zedros said Brattle Square Florist’s delivery service makes up a substantial part of the store’s operations, citing this month as “the busiest January for deliveries ever.”

Zedros said news of the store’s plan to shut its doors triggered a substantial reaction from its customers.

“I’ve gotten enough letters and cards, I could wallpaper a room,” he said.

Denise A. Jillson, director of the Harvard Square Business Association, attested to the “overwhelming” response following the announced closing.

“I even received emails from people who just wanted to share their story about how Brattle Square Florist did the floral arrangements for their wedding 40 years ago,” she said.

“You meet him once and he’ll say, ‘Oh, good to see you again. How are you?’” she said. “I think that that’s one of the reasons why people were so sad to see it go.”

“I wanted to find out if there was a way that we could still keep the name alive,” he said.

He credited Asana Partners, the store’s current landlord, for enabling a smooth transfer of ownership by extending its lease through March.

“They’ve been incredibly fair, and they’ve done everything we need to make the transition,” Zedros said.

When Ricker first announced the store's closing, Jillson said she hoped for a “miracle” to save it.

“We were surely hoping for some news like this, so it’s positively delightful,” she said.

—Staff writer Sage Lattman can be reached at sage.lattman@thecrimson.com.