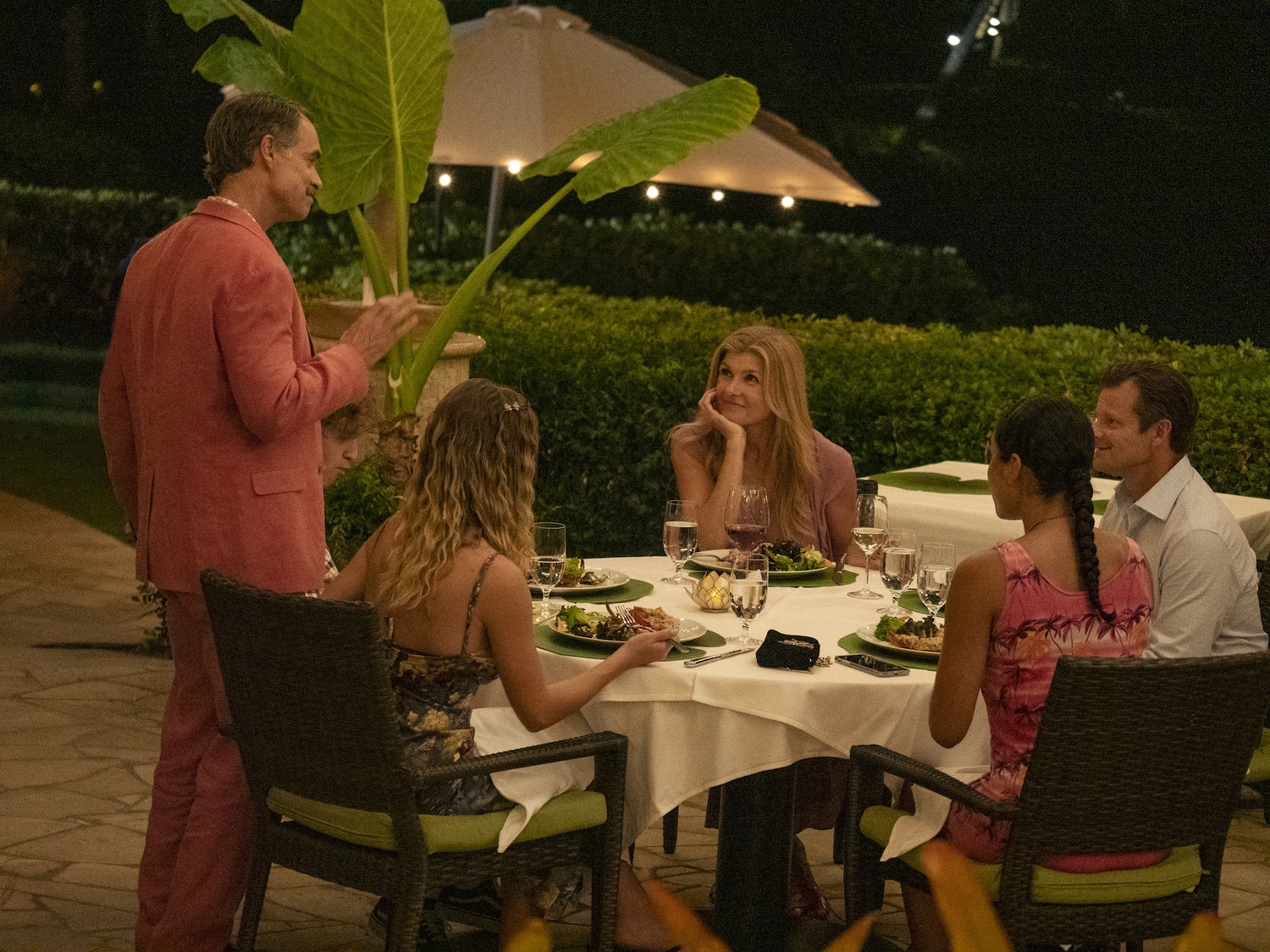 This article contains spoilers for Season One of "The White Lotus."

Most individuals turn to television for a distraction — for a momentary escape from the capitalist grind, awkward social interactions, and financial or familial woes which sprinkle exhaustion onto the end of every day. While some franchises feed this impulse — nothing alters reality like “Keeping up with the Kardashians” or “Game of Thrones” — others leave viewers with narratives and characters which feel utterly too familiar.

Premiering on HBO Max on July 11, the satirical comedy-drama miniseries “The White Lotus” follows the lives of wealthy guests and attentive staff during their week-long vacation at an extravagant Hawaiian resort. While the show depicts a variety of character dynamics amongst its 11-person main cast, the most clear reflection of both the implicit and explicit privileges enjoyed by whiteness and wealth comes through in the show’s depiction of the Mossbacher family.

The Mossbachers are a combination of four conflicting personalities: Nicole (Connie Britton), a girl-bossing, passive-aggressive mother; Mark (Steve Zahn), her less successful husband; Quinn (Fred Hechinger), their screen-addict son; and Olivia (Sydney Sweeney), their performatively-woke daughter. While each shoulders their own unique brand of ignorance, they are united by a lack of understanding of the greater social backdrop against which their blissfully simple lives have played out.

While Nicole gains impressive traction as a CFO in a male-dominated industry, her lean-in style feminism sways too hard towards patriarchal apologist. Despite preaching that she “climbed a hellish ladder… working [her] ass off” to reach her position, she fails to confront the role that her privilege played in the process. Instead, she remains concerned about “how tough things are” for straight white men, like her husband and son, who she says are being “alienated from the culture right now.”

But this lessening of white male privilege she references shouldn’t be a bad thing. As someone who believes she had to work against extreme adversity to find success, it seems unfathomable that she doesn’t advocate for the advancement of other women in the workforce. She believes she paved the way, yet refuses to break down structures which barricade others.

In this sense, Nicole shares the performative nature of Olivia, her daughter. While Olivia rotates between activist buzzwords and pretends to read political theory, the way she treats those around her shows a lack of empathy — the core value of advocacy. It is not progressive to seek out relationships with your best friend’s boyfriend or criticize a stranger’s appearance.

Despite frequently attacking her family’s conservatism, her tendency to seek out relationships with her best friend’s love interests and disregard others’ emotions shows she is much more like them than she believes, sharing their selfish disregard for others.

Like in the real world, it falls upon the BIPOC characters in “The White Lotus” to educate members of the Mossbacher family on their shortcomings.

It is Paula (Brittany O’Grady), Olivia’s non-white college friend who tagged along on the family vacation, who pushes back against the family’s problematic behavior.

Through a budding relationship with Kai (Kekoa Kekumano), a native Hawaiian staff member at the hotel, Paula recognizes the exploitative relationship between the resort and the Hawaiian culture it capitalizes off of. By buying the land out from under the indigenous people, The White Lotus resort actively harms the people it benefits from.

However, for the Mossbacher family and others who stay in resorts like this, it is difficult to see themselves as perpetuating these colonial structures. Instead, it is simpler to remove responsibility and view themselves as passive participants.

“What do you stand for?” Paula asks the Mossbacher family at dinner. Met with blank faces and deflection, Nicole answers, “Most activists don’t really want to dismantle the systems of economic exploitation — not the ones that benefit them...They just want a better seat at the table of tyranny.”

While Nicole intends to take a jab at reformers, she is really commenting on her own family’s approach to social change. Why would the Mossbacher family or the wealthy white demographic they represent change their actions when they continue to benefit from their stagnancy?

Although it would be untrue to claim that the Mossbachers never faced conflict — they did have a set of $75,000 bracelets stolen in a robbery gone awry — they always emerge relatively unscathed. While Kai, who poached the bracelets in order to provide for his family, is presumed to be either hiding or facing impending punishments, the Mossbachers recover the bracelets, Mark and Nicole’s marriage emerges from the weeds, and all they are left with is Mark’s healing black eye. Why would they want to change the structures which pushed Kai towards theft, when they inevitably benefitted from that very exploitation?

Call it unjust or unfair — “The White Lotus” is simply a reflection of real life. There are millions of people who view themselves as proponents of social change, yet are unwilling to take steps which may lessen their hegemony. Rather than shy away from this fact, “The White Lotus” successfully forces viewers to confront their complacency in these systems, and hopefully determine meaningful ways of enacting change.

— Staff writer Anya Henry can be reached at anya.henry@thecrimson.com.