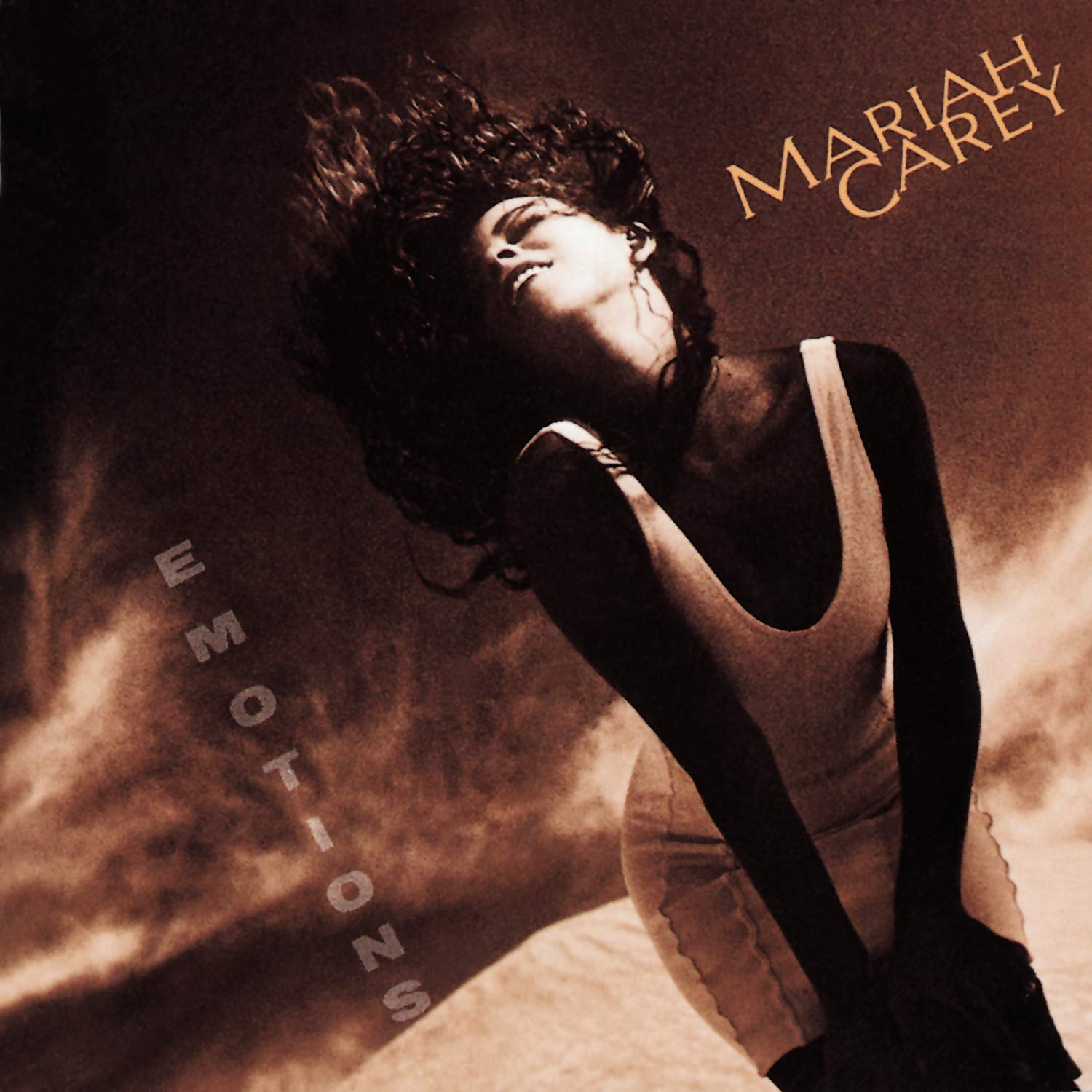 Mariah Carey is, and has always been, an artist with a well-defined ethos. This ethos, though, shifted at a distinct moment in her career: After her split from record label executive Tommy Mattola, both Carey’s image and sonics transformed from the Christian-infused soul and turtlenecks of her early years to hip-hop samples and sultry choreography.

As above, so below: From the stratospheric transcendence of Carey’s high register to the earthy soulfulness of her chest voice, Carey’s vocals exhibit a trademark dualism. Her voice takes on qualities of the sublime and Godly (the high runs as if speaking in tongues, the low register as if a gospel soloist at a Black church) when juxtaposed with the first-blush modesty of her early period, and qualities of bodily ecstasy and rapture when juxtaposed with the overt sex appeal of her newfound freedom after her split from Mottola.

Carey’s second album, “Emotions,” lies firmly in her early period. The pyrotechnics of her virtuosic vocals are balanced by more conservative elements in her songwriting. As radical as her vocal range is, all of the songs on this album seem to be grounded by a musical grammar of the old guard — of gospel, soul, R&B, and, in the evenness and control of her technique, even classical (perhaps this was in her blood — her mother studied opera at Juilliard). This basis in tradition, coupled with the freshness of her wild virtuosity, makes “Emotions” as seminal as its auteur. And because Carey insisted on having such an involved hand in every facet of her music — she wrote and produced nearly every song — she can comfortably claim this title. Like the great pianist-composers of the 19th century, Carey wrote music that perfectly suited her instrument; every song seems to refract Mariah Carey in all her colors. Because of a combination of this primacy of the instrument and her early conservative bent, the album is far more interesting musically than lyrically.

“Emotions,” released in 1991, is Carey’s second album, and it more than sustained the star power catalyzed by her first single “Visions of Love.” Just as Carey herself was the star of her self-titled album, the title song “Emotions” was — and still is — the clear star of this one. The counterpoint between the funk aesthetics of the bass and synthesizer and the classic R&B ethos of the piano and percussion is certainly attractive and masterful in its own compositional right. That said, what sustains this song’s popularity today (including its mythologization via meme) is the same as what drove it to the top of the charts in 1991: the crazy high note climb just before the chorus. This is a gesture that repeats throughout the album, and one that defines Carey’s artistry.

Other elements of the album, while potentially nostalgic for some, read as outmoded. In “And Don’t You Remember,” the tone color of the synthesizer, the use of the tambourine, and the wet reverb all provide for an atmosphere whose forced nostalgia is hard to take in earnest. This said, the control she exhibits in pushing the fullness of her chest voice throughout her entire range to leap, in a breathtaking moment, to a string of increasingly high notes, lends the song a convincing feeling of catharsis, if not merely a jaw-dropping technical feat. A similar atmosphere characterizes “Can’t Let Go.” Perhaps this is a result of Pavlovian conditioning via the ubiquity of ’90s pop music in grocery stores, but it’s hard to get past the initial aesthetic impression of music both commodified and commoditized; even on first listen, it feels almost too familiar to enjoy.

On the album’s fourth track, “...Make it Happen,” Carey sings “And if you get down on your knees at night / And pray to the Lord / He's gonna make it happen.” This religiosity is echoed, albeit latently, in the musical atmosphere of the next track, “If It’s Over”: The combination of piano, high hat, and choir gives the song a prayerful, gospel flavor. “You’re So Cold” is the most interesting song on the album in terms of its narrative arc: The drama of the opening piano gesture and Carey’s powerhouse low register breaks into an upbeat dance, like a cavatina and cabaletta in the bel canto tradition, or the Mozartian recitative and aria pair “In quali eccessi” and “Mi tradi.” The latter comparison is apt with regard to content: Both Carey and Mozart’s songs are about the cruelty and coldness of the singer’s romantic partners. “So Blessed” expresses an opposite experience: It opens with “Lying beside you / This joy is so deep.” That such diametric views about love exist in the same album implies, perhaps, that Carey’s inventory is composed of stock emotions and not lived experience, but perhaps this simply betrays the non-confessional conservatism that characterized much of the content of her music while involved with Mottola.

In the next track, “To Be Around You,” the powerful chest voice Carey employed throughout the rest of the album takes a 30-second hiatus as she opens the song in a gauzy, breathy tone, which she alternates effortlessly with her denser, huskier chest voice. Like layers of an exquisite trifle adorned with gold leaf, both vocal textures are punctuated by the otherworldly sparkle of her flute-like whistle tones, which she leaps to effortlessly. Carey’s breathy tone softens itself further — an extraordinary vocal feat — in “Till the End of Time,” where it takes on an incredibly intimate, quasi-erotic quality; we can feel her breath on our skin as if she is whispering in our ears. The final track, “The Wind,” opens with an improvisatory, high-jazz flourish in the piano. A full orchestra of strings and a lilting high hat emerge to support a multiplicity of colors in Carey’s iconic vocals. An original re-composition of a jazz instrumental written 40 years earlier, Carey pairs the lush orchestration with lyrics about a friend killed in an accident. It is both the most musically sophisticated song on the album and the most personal, though perhaps too sophisticated to some mainstream pop sensibilities. Not every song in the album was a hit — none as much as the eponymous first track — but Carey, to be sure, shines on each one.

Acknowledgement: special thanks to performer, musicologist, and close friend Jamison Hillian, of the Curtis Institute of Music, for providing historical guidance.