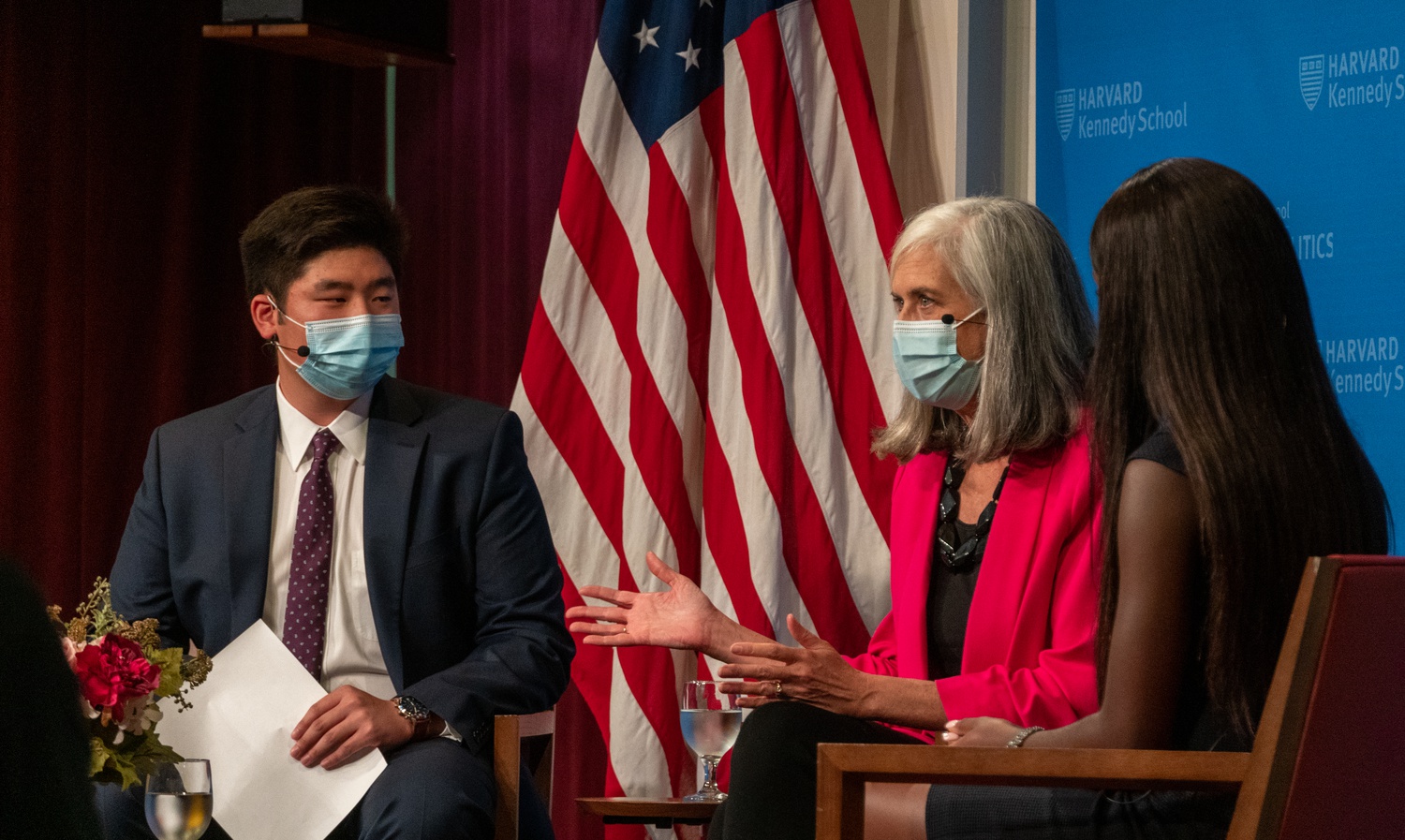 The forum came amid a push by Democrats in Congress to pass landmark legislation, including a voting rights bill to counter Republican-led voting restrictions in various states as well as a $3.5 trillion reconciliation bill that would expand the social safety net and make investments in renewable energy. Alexis A. Elliot ’22, chair of the Women’s Initiative in Leadership at the IOP, and Alexander K. Park ’23, co-chair of the Harvard Votes Challenge, moderated the event.

Clark, who represents Harvard’s district and serves as the Assistant Speaker of the House of Representatives, focused on the issue of child care, highlighting the racial and economic inequalities exacerbated by the Covid-19 pandemic.

“Child care is provided by women and predominantly women of color, and their work has always been underpaid or not paid, and undervalued,” Clark said. “When everything shut down, this became very hard for child care providers to keep existing.”

“We are on the verge in the next few weeks, if we keep pushing, to have universal preschool for all three and four year olds – to be able to put $25 billion dollars of infrastructure dollars into childcare providers, centers, family homes, so they can expand,” she said.

Park asked Clark to respond to criticisms of the reconciliation bill, including Harvard Economics professor N. Gregory Mankiw’s recent assertions that the bill was “too big and too risky” and that “more incremental steps” would be wiser.

Clark argued the bill was necessary to address problems facing the U.S. as a result of “chronic underinvestment.” 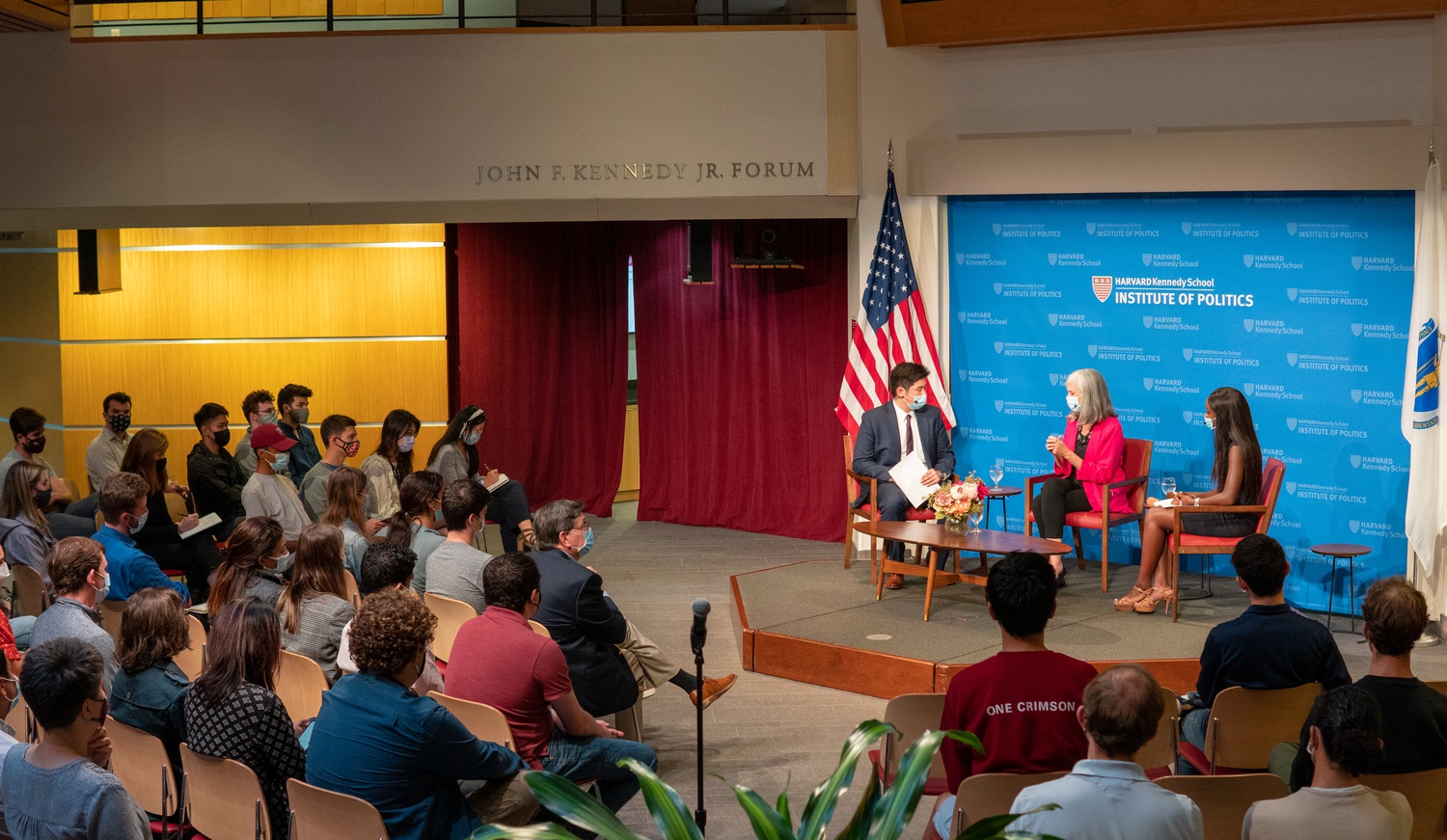 Representative Katherine M. Clark of Massachusetts' 5th Congressional District speaks in front of a crowd of students on Thursday. By Zadoc I. N. Gee

Clark also addressed her efforts to protect voting rights. While two voting rights bills – the For the People Act and the John R. Lewis Voting Rights Advancement Act – have passed the House of Representatives, the bills have been blocked by Republicans in the Senate.

Clark said Democrats would continue to urge passage of the legislation and encouraged audience members to become engaged.

“We are still working to get these voting rights over the line,” Clark said. “This is where the power of communities is. It is where those cries for justice lead to action in protecting that right to vote.”

Responding to an audience question regarding the effects of her political career on her experience as a mother, Clark said that the challenges women face in society make their perspectives important in government.

“When I was working for the state, I realized that my entire salary was going to childcare,” Clark said. “It’s so crucial that we make a path.”

“I’ve been really committed to making sure that I’m always reaching back and helping women come up with us,” Clark added.