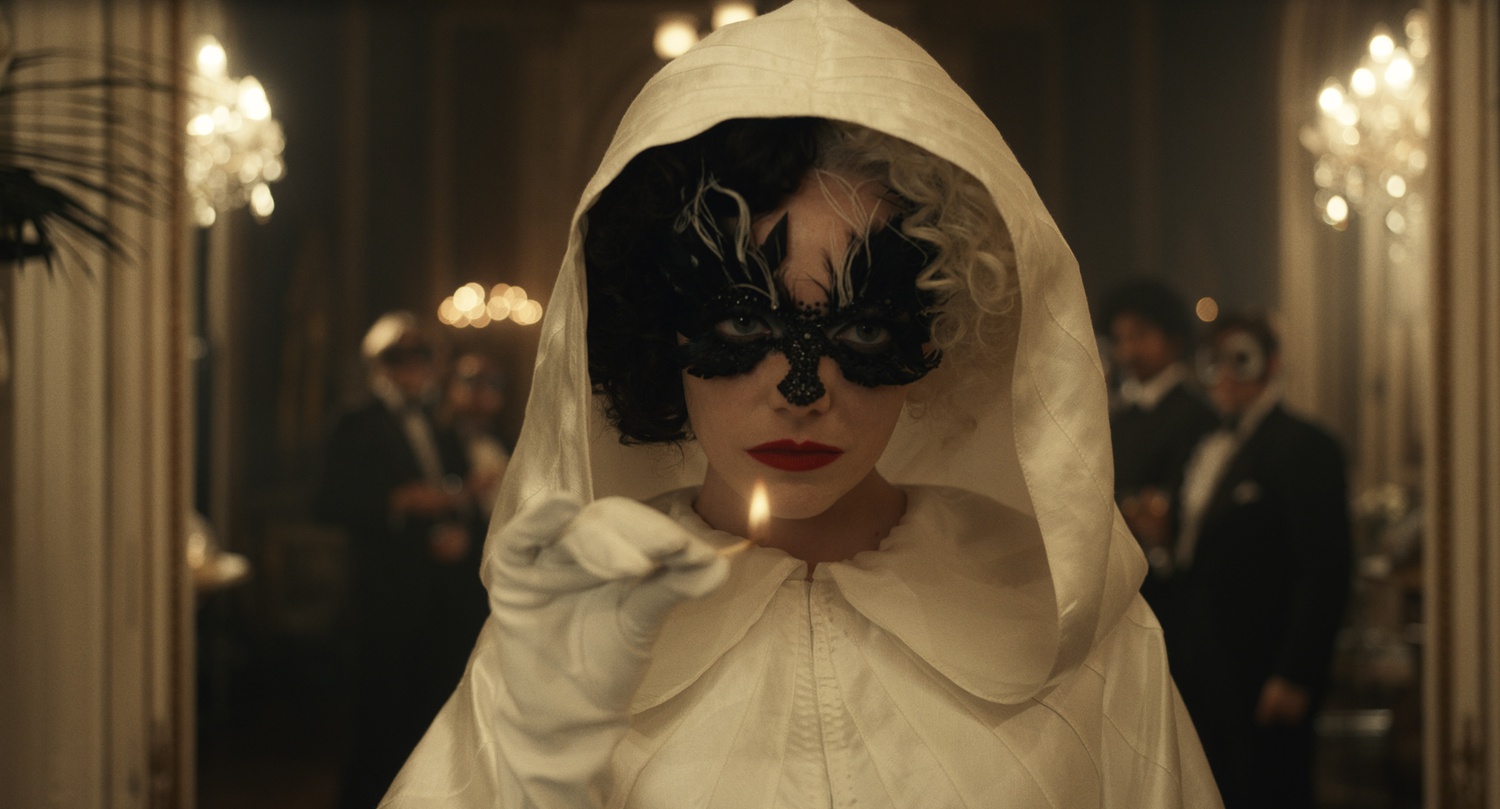 Are you in the mood to watch a film with so-so dialogue and TikTok-style transitions? Something with a few too many dramatic shots of dress trains and cloaks flowing in the wind, à la Severus Snape? Solid performances from two Emmas (Stone and Thompson) and some adorable pups that save the whole movie? Look no further than Disney’s “Cruella.”

“Cruella” offers a more sympathetic version of the Disney villain that haunted the dreams of every child who grew up watching “One Hundred and One Dalmatians.” She is first introduced as Estella (Emma Stone), a child born with naturally split-dyed hair that Gen Z would kill for. Cruella is the name given to her mischievous alter ego by her mother, who, in true Disney fashion, is killed off within the first 10 minutes of the film.

The first 45 minutes are underwhelming. Estella’s rise through the ranks of the fashion industry occurs at an unnecessarily slow pace, with a full ten minutes dedicated to her doing menial tasks at the Liberty department store. Her relationship with fashion designer Baroness Von Hellman (Emma Thompson) develops painfully slowly as well. The slapstick comedy — a garbage bag erupting over Estella’s head, or the Baroness’ goofy lawyer stumbling into the room with an exclamation of “Woah!” — feels out of place. It isn’t until the resurrection of Cruella that things start to get interesting — and dark.

A plot twist good enough to inspire an audible gasp reveals a dark secret about the Baroness, who Estella had come to admire. And so begins Estella’s descent into madness, stepping into the role of Cruella. Her journey of revenge comes with many hilarious scenes of sabotage, as she recruits the assistance of amateur thieves Jasper (Joel Fry) and Horace (Paul Walter Hauser), whom she’s lived with since her mother’s death. She also requires the help of their dogs, Buddy and Wink, whose acting is arguably just as good as any other human in the film.

Emma Thompson was built for the role of the Baroness. She is the embodiment of dignity, ordering around everyone she encounters with her posh and powerful English accent. Nobody else could deliver a line like “Get your dried-up, desiccated little brain working” with as much gusto as Thompson. She masters the look of indifference, striking fear into the hearts of others with nothing more than a single glance.

Emma Stone also plays Cruella brilliantly. Stone brings an undertone of innocence to the caricatured villain’s craziness. She is easy to root for, especially when the history of the Baroness becomes even more evil and more intertwined with Estella’s life. Some of Stone’s best scenes take place at the fountain where she goes to talk to her late mother. Before executing her final plan of revenge, Estella tells her mother, “But I do love you. Always.” with an expression so full of heartbreak that anyone who’s experienced grief can relate to it.

One must also acknowledge the astounding work done by “Cruella”’s hair and makeup and costume departments. The film’s exploration of Estella/Cruella’s dual personalities was made possible by the swift transitions between the red-haired, timid Estella and the split-dyed, bold Cruella. As she succumbs to insanity, her appearance becomes more disheveled. A film that revolves around the fashion industry also needs to showcase stunning designs, and this team certainly delivered. Gala scenes are a feast for the eyes, with a bounty of color and innovation. Adorned in jaw-dropping looks, Cruella and the Baroness are two of the most stylish villains in cinematic history.

Despite a rocky start, the latter half of “Cruella” is definitely more exciting . The theme of chosen family tugs at our heartstrings, strong female friendships bring about change, and the prioritization of mental health allows Cruella to leave her state of madness behind. The off-putting beginning and the gratifying end yield a film that’s just okay, but still worth watching for the infallible acting of Thompson and Stone.