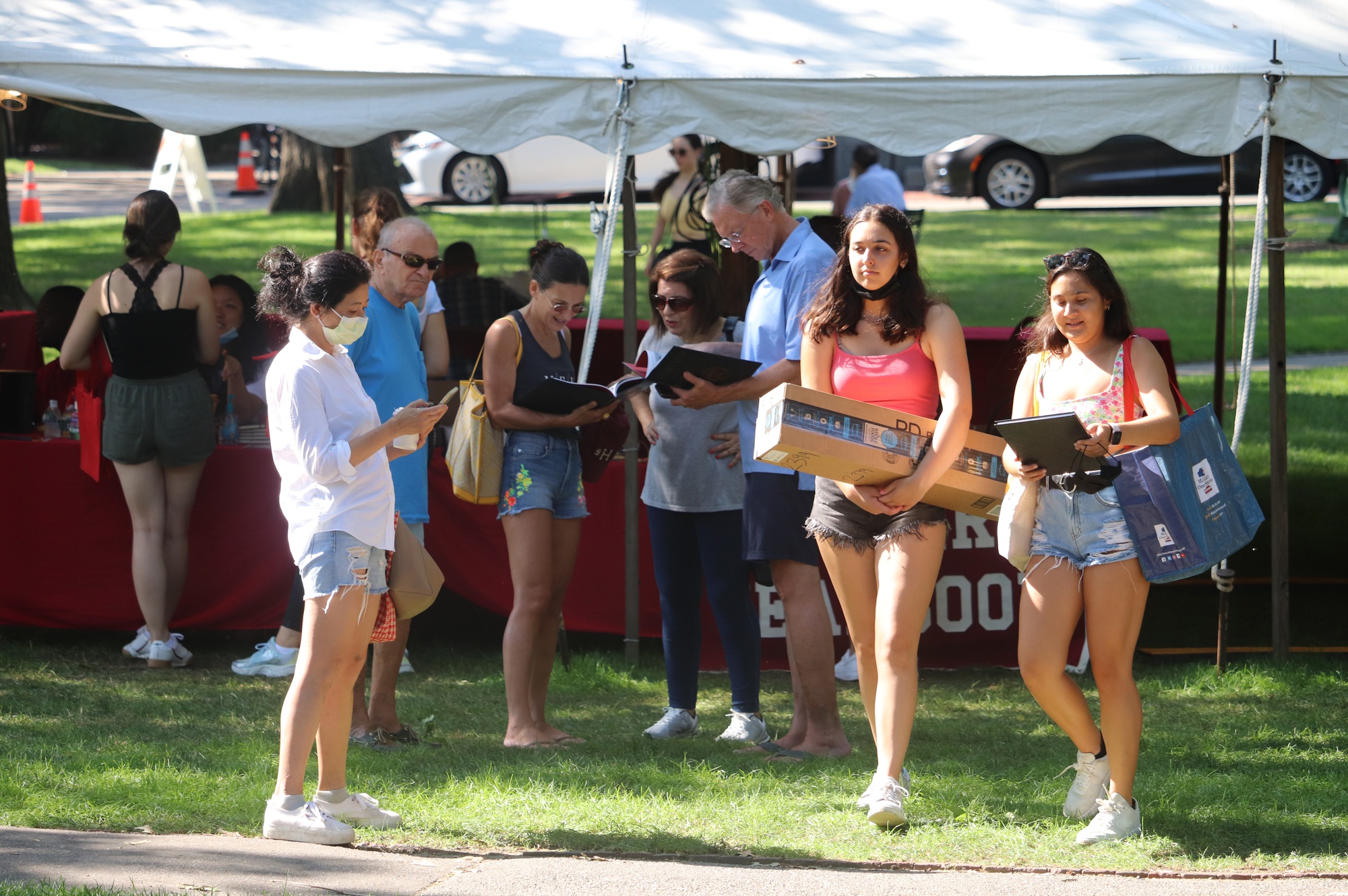 In Photos: Harvard Students Move In As Campus Returns to Full Capacity For First Time Since March 2020

Beginning Aug. 20, Harvard welcomed back undergraduate students over the span of a staggered move-in, which saw the campus return to full capacity for the first time since March 2020. 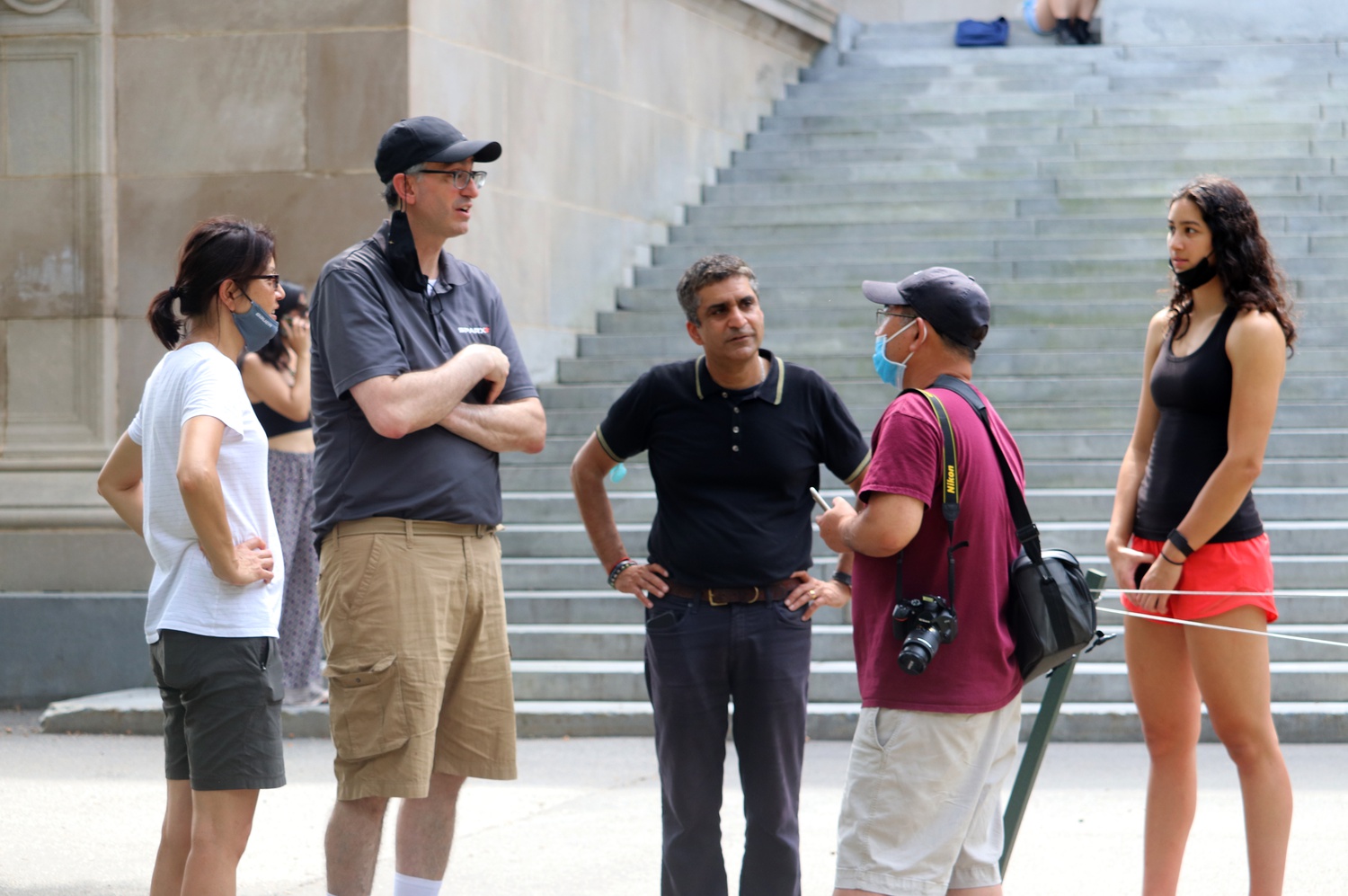 Dean of Harvard College Rakesh Khurana greets a freshman and their family in front of Widener Library on Friday, the third and final day of the staggered move-in for freshmen. While most freshmen were assigned to a dorm in Harvard Yard, which houses only freshmen, high enrollment in the Class of 2025 prompted the College to expand its housing capacity by reassigning what is usually upperclassmen overflow housing to freshmen. 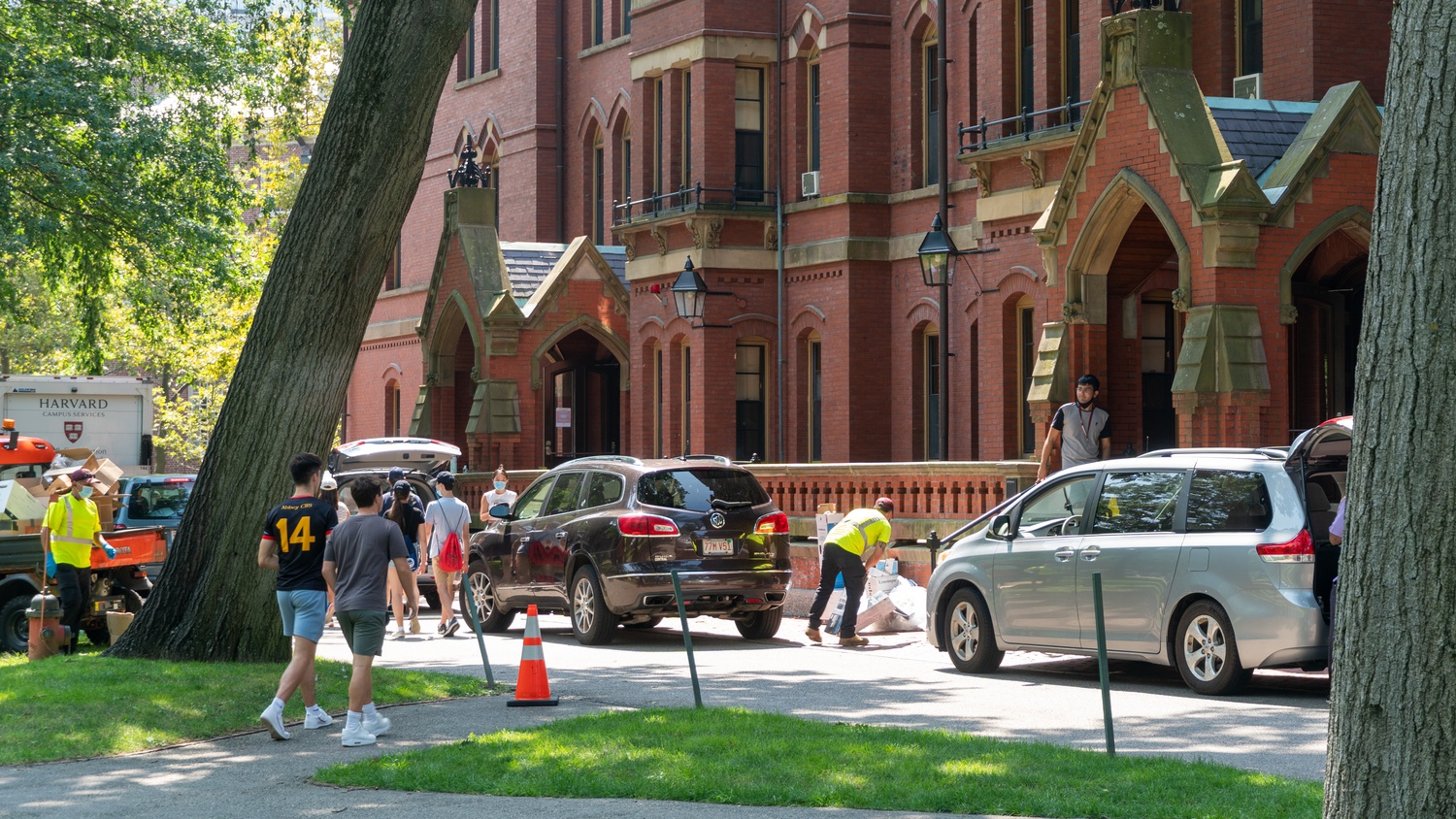 Cars line up in front of Matthews Hall as freshmen unpack their belongings and enter their dorms for the first time. Move-in is one of the few occasions in which Harvard Yard is open to traffic — and one of the only opportunities to “park the car in Harvard Yard.” 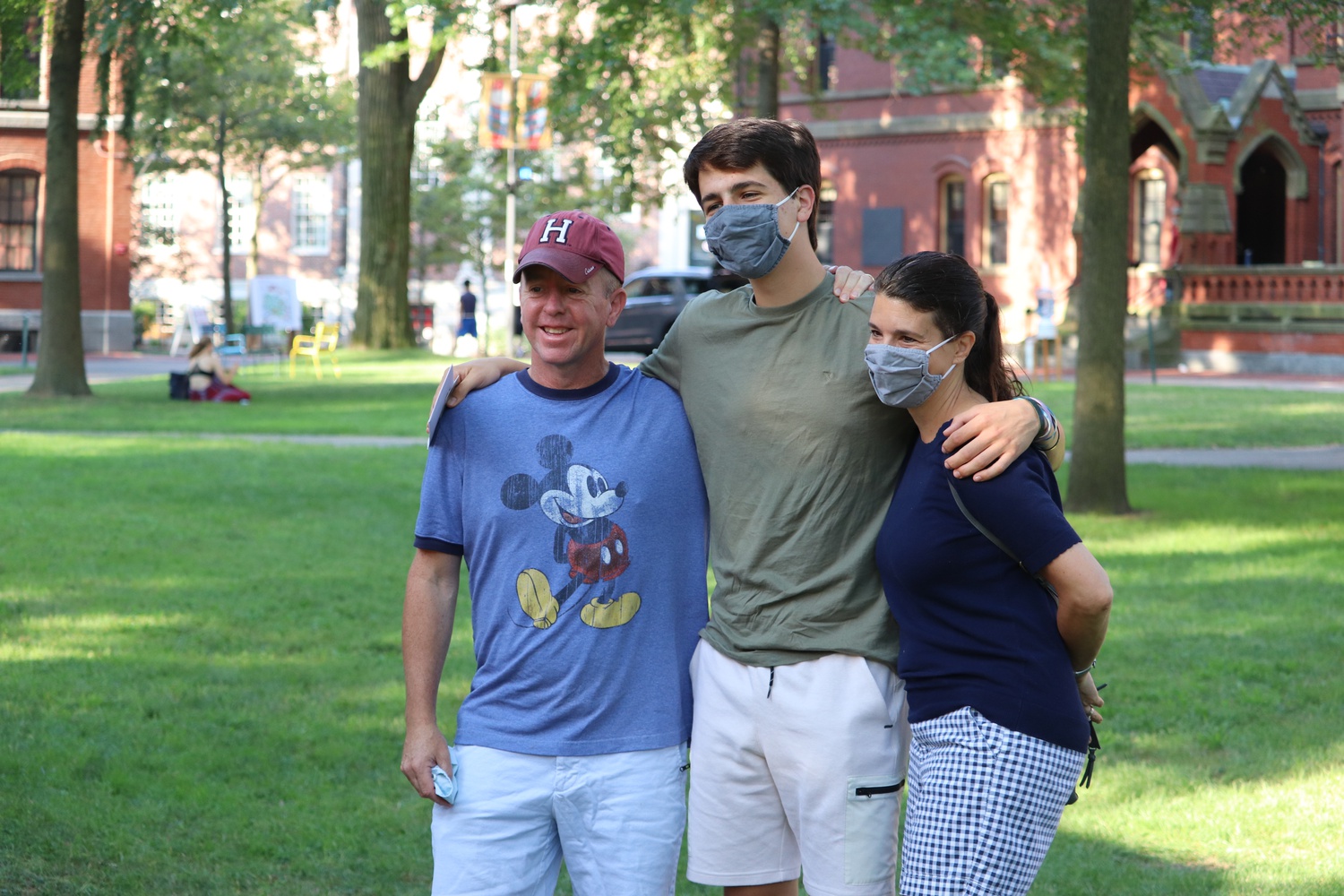 A freshman and his parents pose for a photo with Grays Hall and Matthews Hall in the background. During or following a short unpacking period, families embrace before eventually parting ways for the start of the semester. 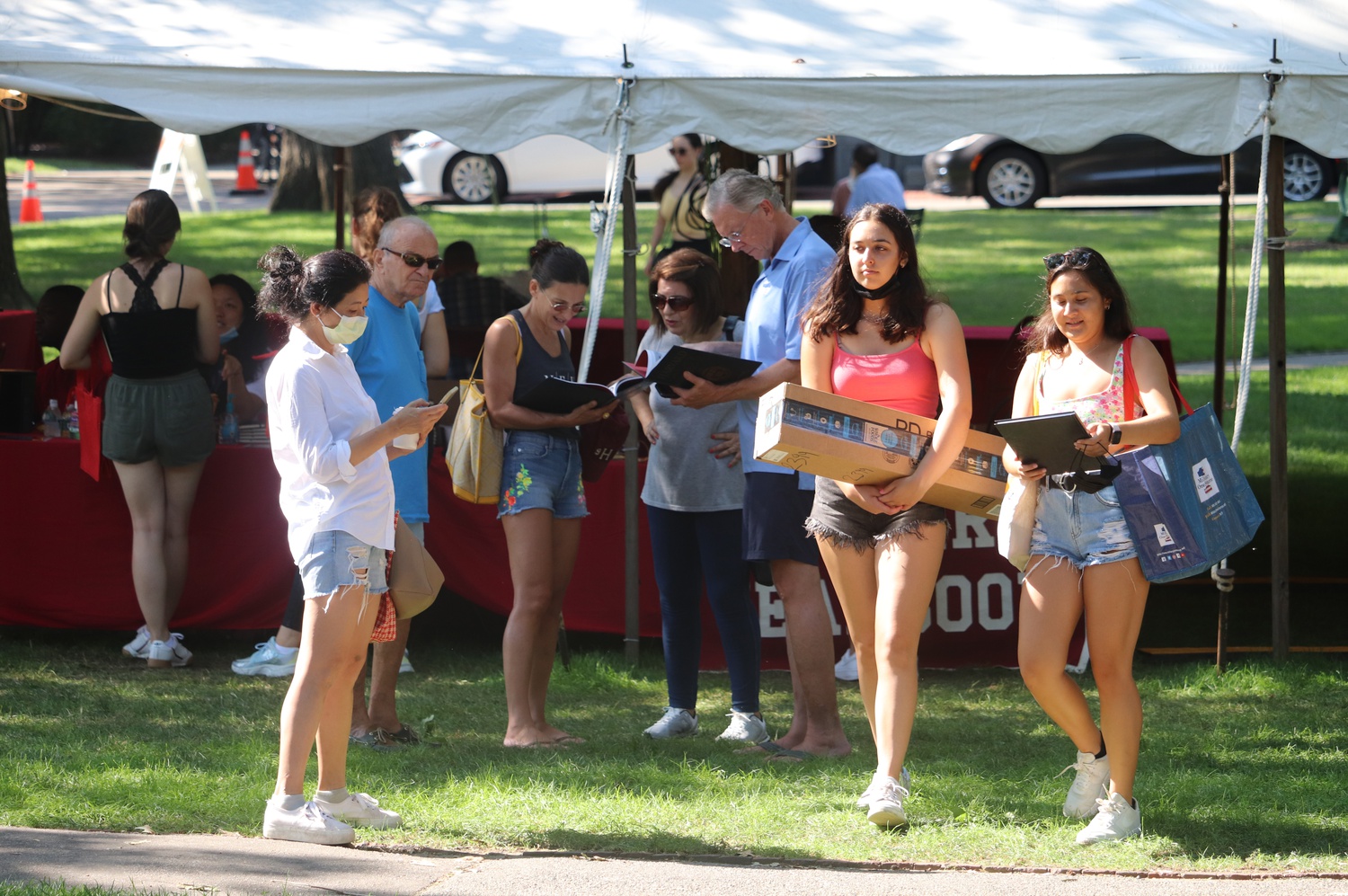 Students walk past the welcome tent set up in the middle of Harvard Yard where freshmen check-in, receive their keys, and pick up their Harvard Register, a yearbook of their class. 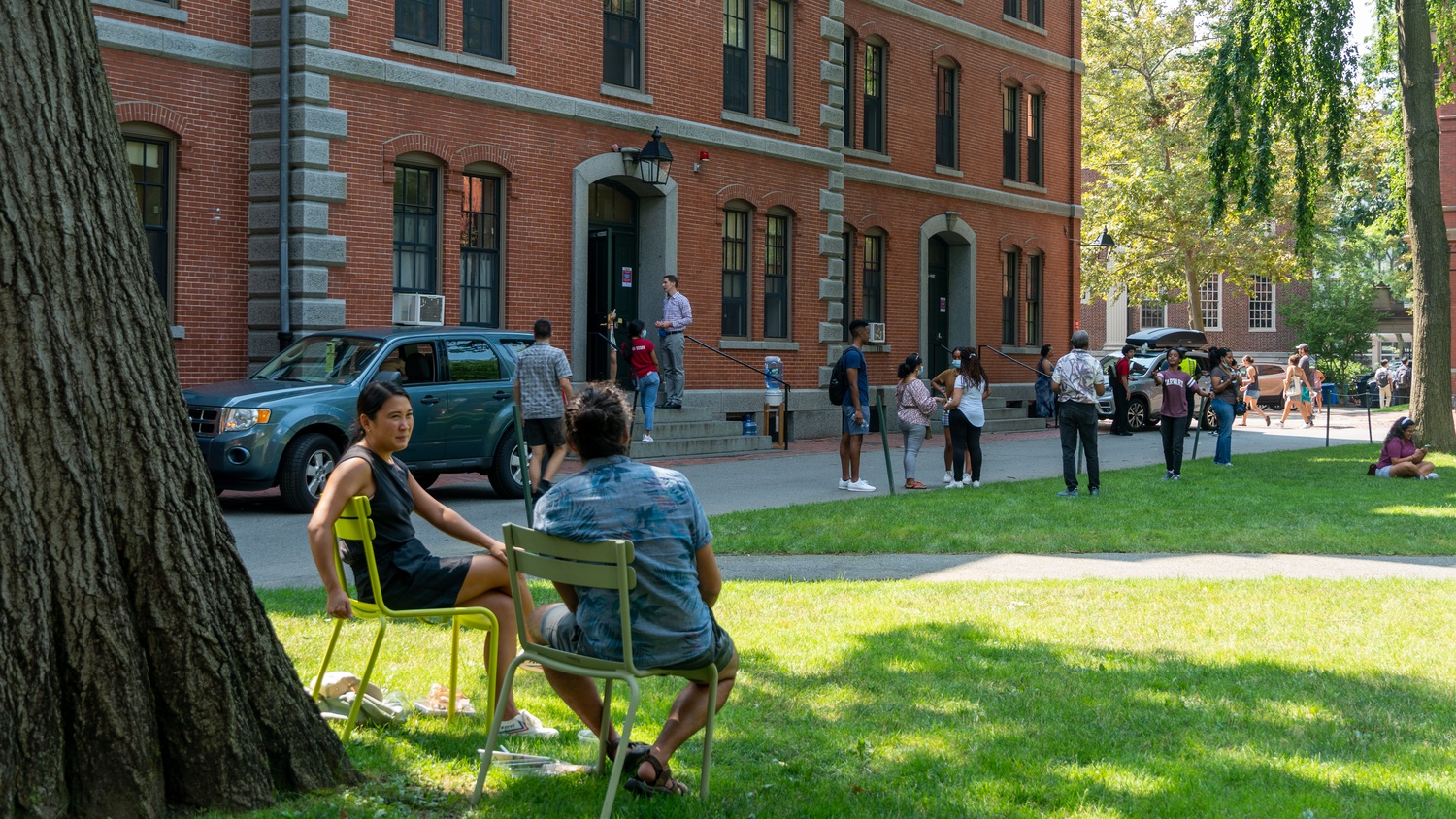 Amid the chaos of move-in, students, parents, and staff stop for a moment in front of Grays Hall to meet and chat on Aug. 25, a sunny first day of freshman move-in. 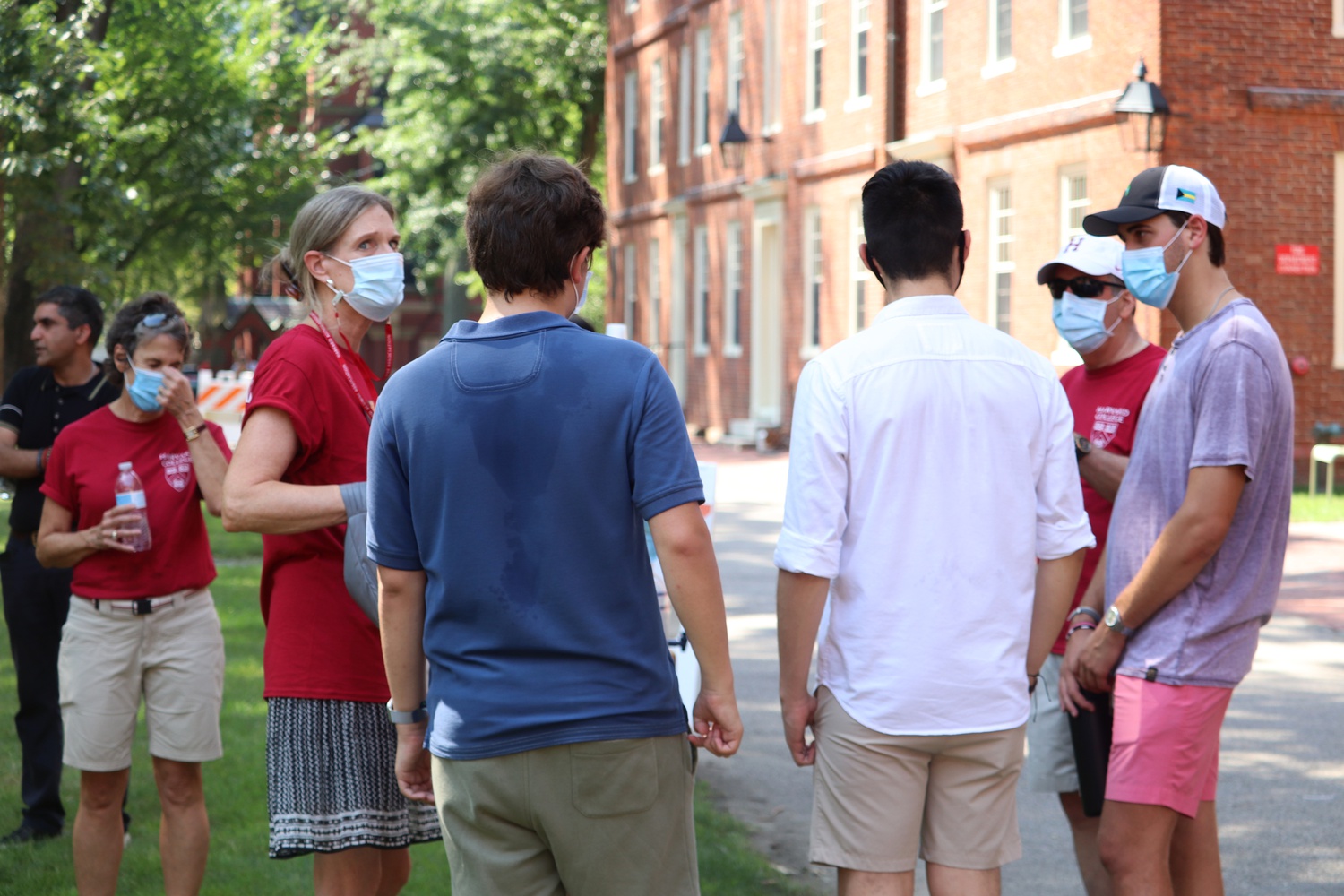 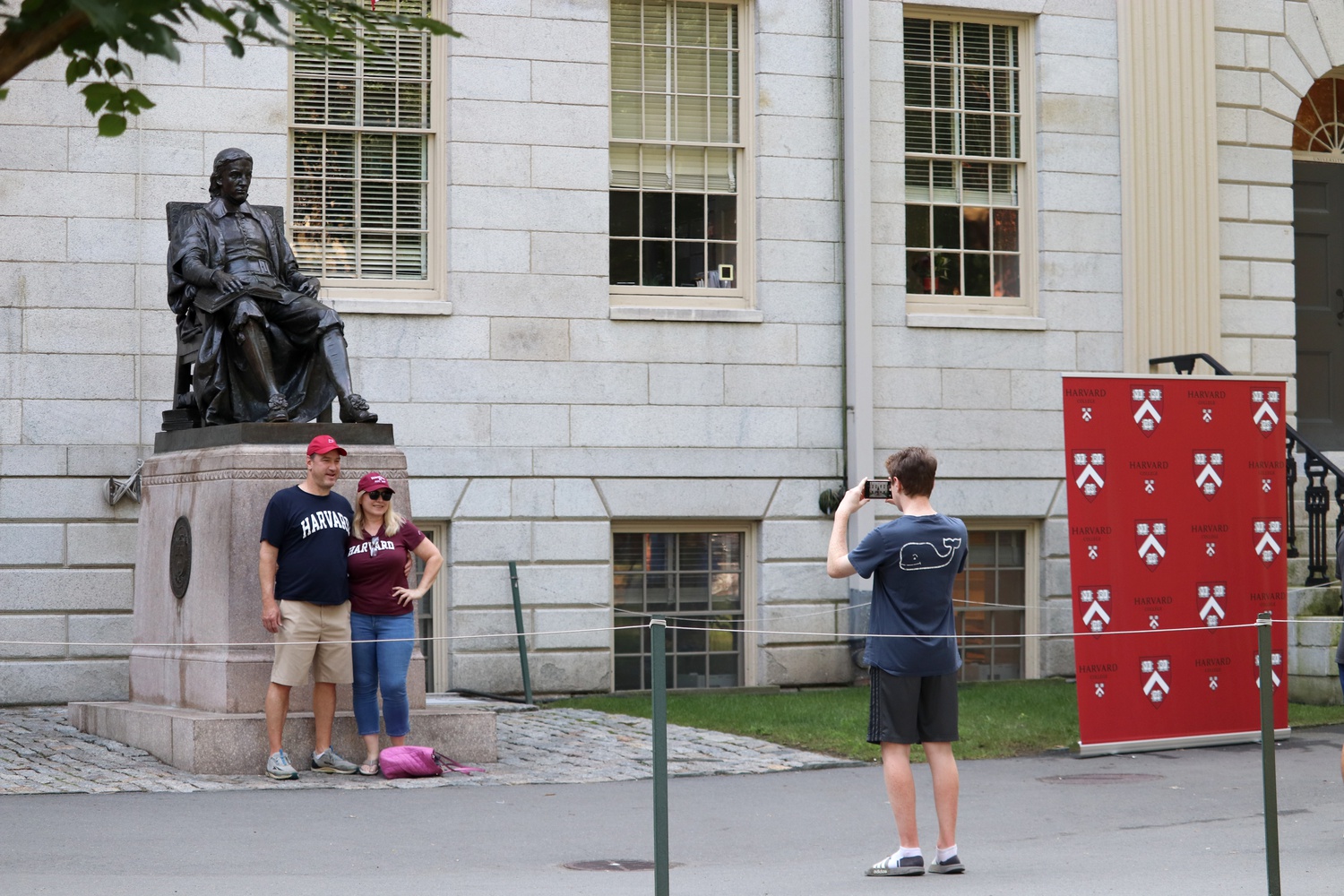 Parents of a new Harvard student pose for a photo in front of the John Harvard Statue last Friday during move-in. 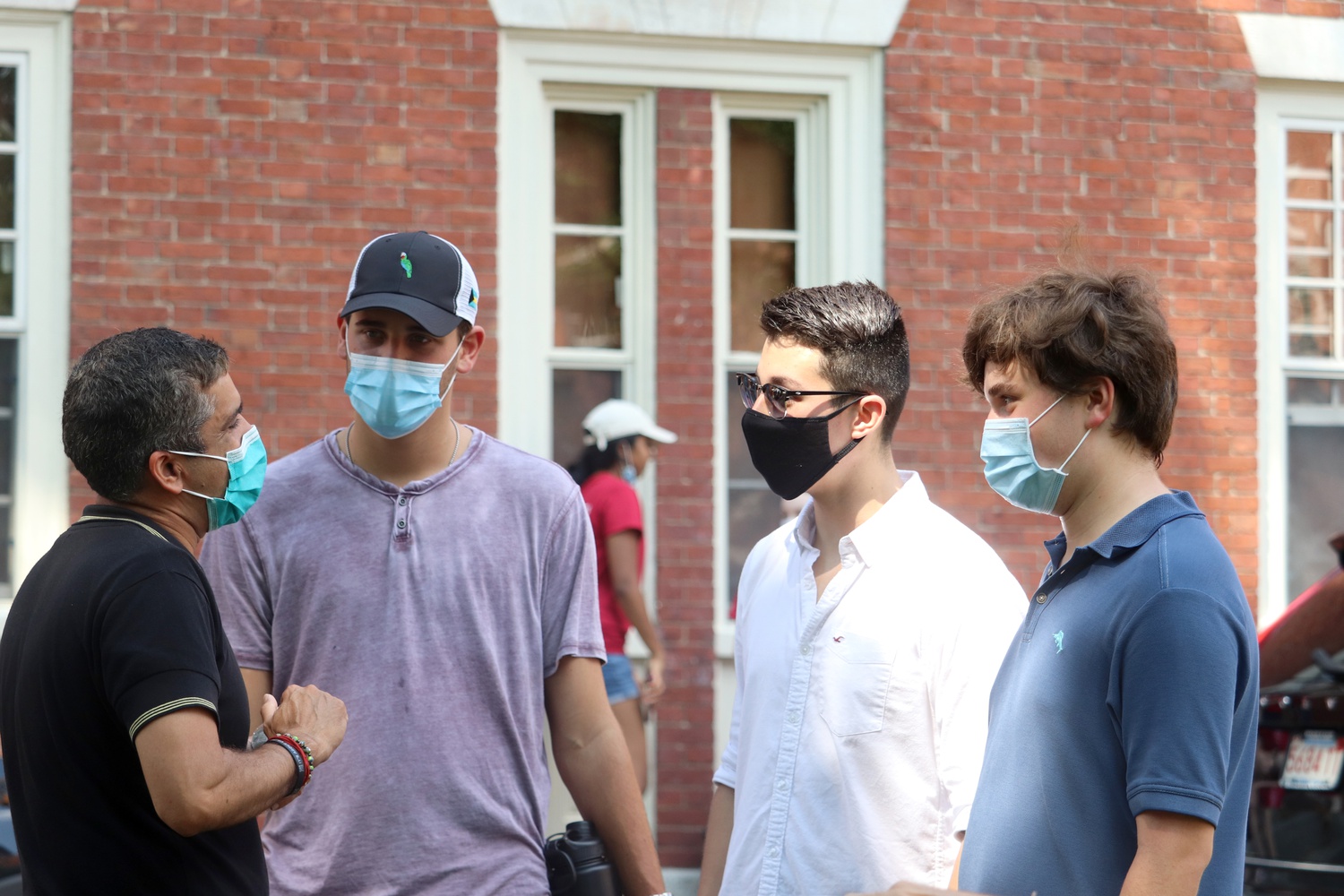 Freshmen speak with Khurana on the final day of freshman move-in. 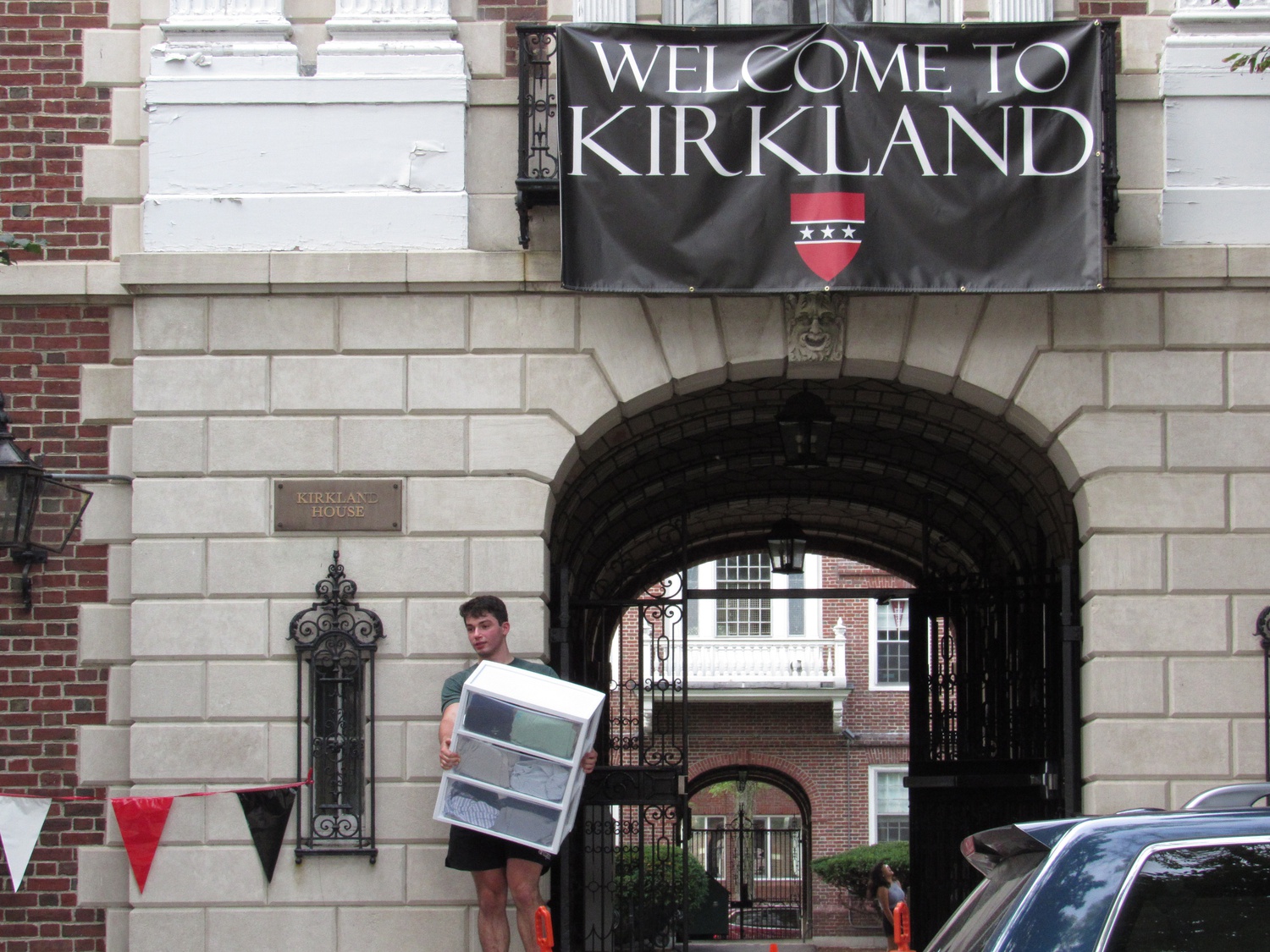 An upperclassman carries a dresser outside Kirkland House during move-in on Aug. 21, the second day upperclassmen were eligible to return to campus. The Class of 2023 was eligible to move-in as early as Aug. 20 and 21, while seniors did not move back until about a week later, on Aug. 27 and 28. 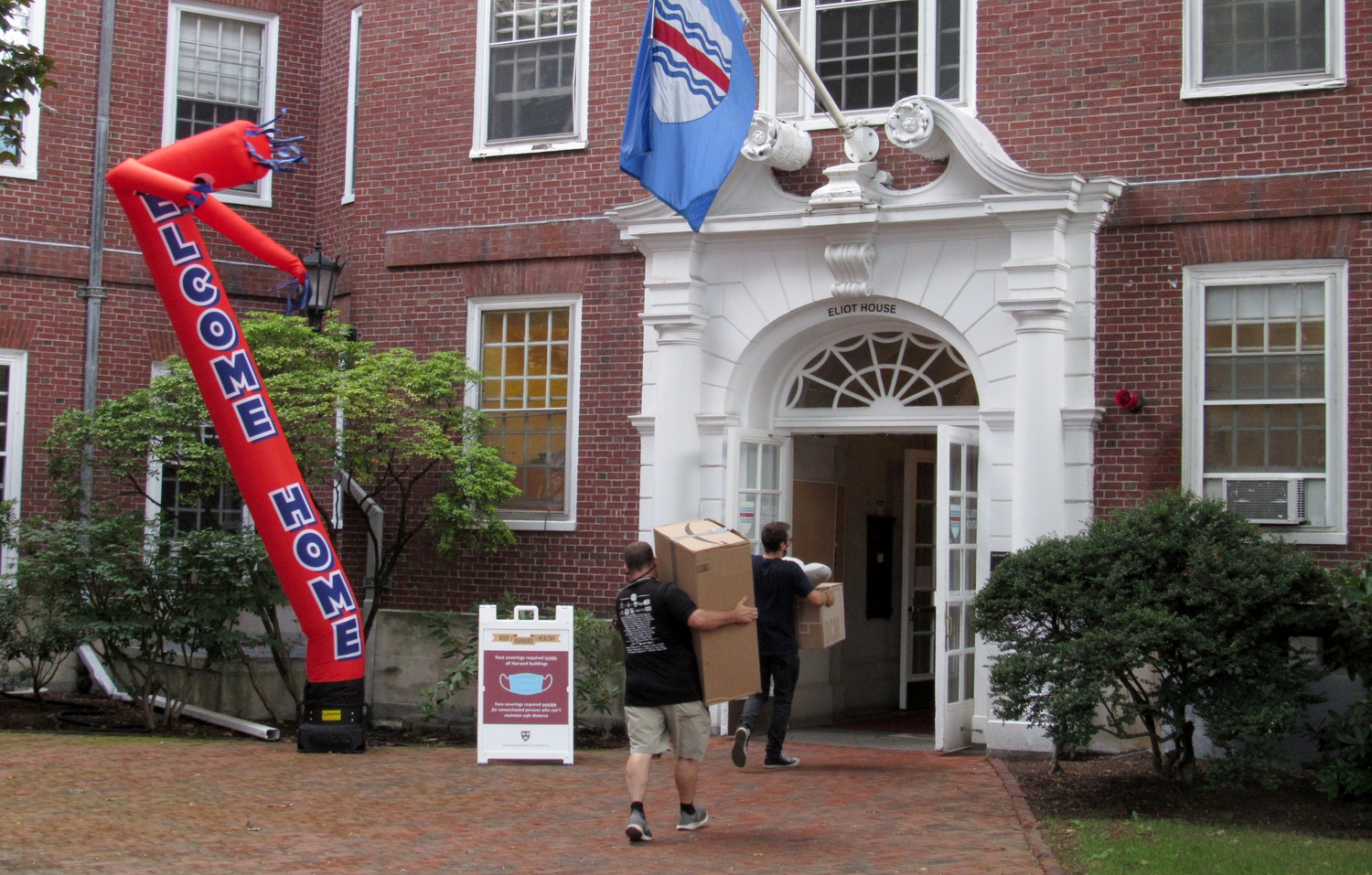 People carry boxes into Eliot House, also on Aug. 21, the second day of move-in. For most sophomores and juniors, this is their first time living in upperclassmen houses.