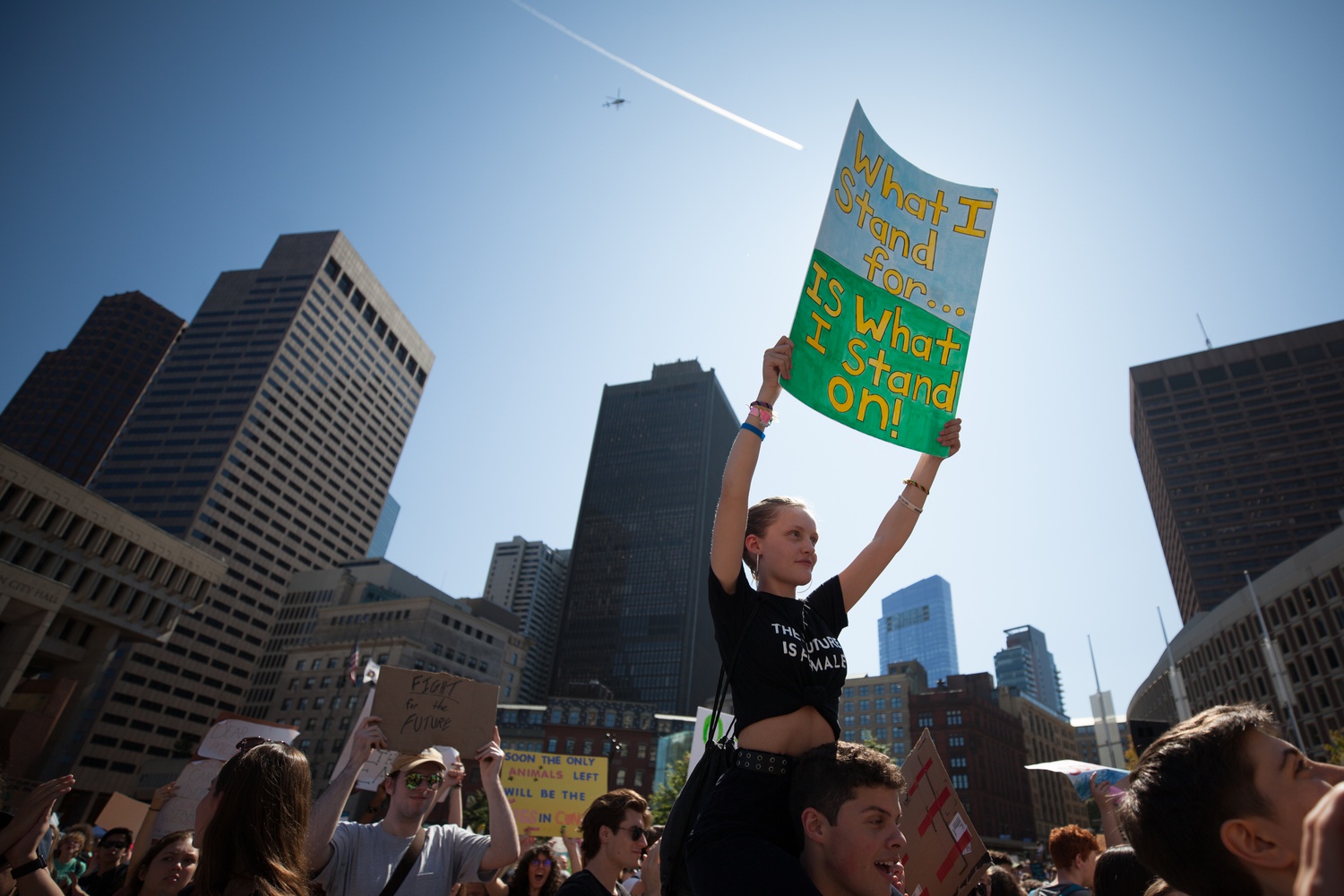 A woman holds a sign during a 2019 demonstration in Boston to call attention to climate change. By Kai R. McNamee
By Ariel H. Kim and Anjeli R. Macaranas, Crimson Staff Writers

Environmental efforts, such as forest preservation and wildlife trade regulation, are essential to preventing future pandemics, Harvard and international experts found in a report released Wednesday.

The report is a culmination of research and discussions among a group of scholars called the Scientific Task Force to Prevent Pandemics at the Source, convened in May by the Center for Climate, Health, and the Global Environment at the Harvard School of Public Health and the Harvard Global Health Institute. The task force worked to create recommendations for preventing spillover of pathogens from animals to people.

According to the report, transmission of viruses from wildlife to people is the predominant source of infectious pandemic risk. Land use change, wildlife hunting and trade, and animal farming are the primary drivers of viral spillover from animals.

“We have to invest in preventing spillover because we know that even with the best vaccines, we can still have upheaval, as the present moment makes clear,” Bernstein said in an interview. “We had a vaccine ready in record time for this pandemic and now, six months later, much of the world still has no access to it.”

According to the report, governments should prioritize investment in forest conservation, biosecurity around livestock, and intergovernmental partnerships to reduce spillover risk. The report also recommends that One Health programs — collaborative efforts headed by the Centers for Disease Control and Prevention to investigate the intersection of human, animal, and environmental health — be strengthened within low- and middle-income countries.

Despite the sizable risk of viral spillover, there is still much more to investigate, as millions of viral species remain unknown. The Task Force recommends that future pandemic prevention research not only assess the long-term effectiveness of spillover-reducing interventions, but also continue viral discovery in wildlife to enhance our understanding of the ways in which future pandemics may emerge.

Findings from the Task Force’s inaugural report will serve as international policy recommendations during the G20 summit in October and the 26th United Nations Climate Change Conference in November.

“I hope that this report can help make sure that when we invest in response to Covid, that our investments reflect what science shows — which is that pandemic risk is not about vaccines. It’s not about drugs,” Bernstein said. “It has everything to do with our relationship with nature.”