From Cannes: Portrait of an Artist: Christina Rose 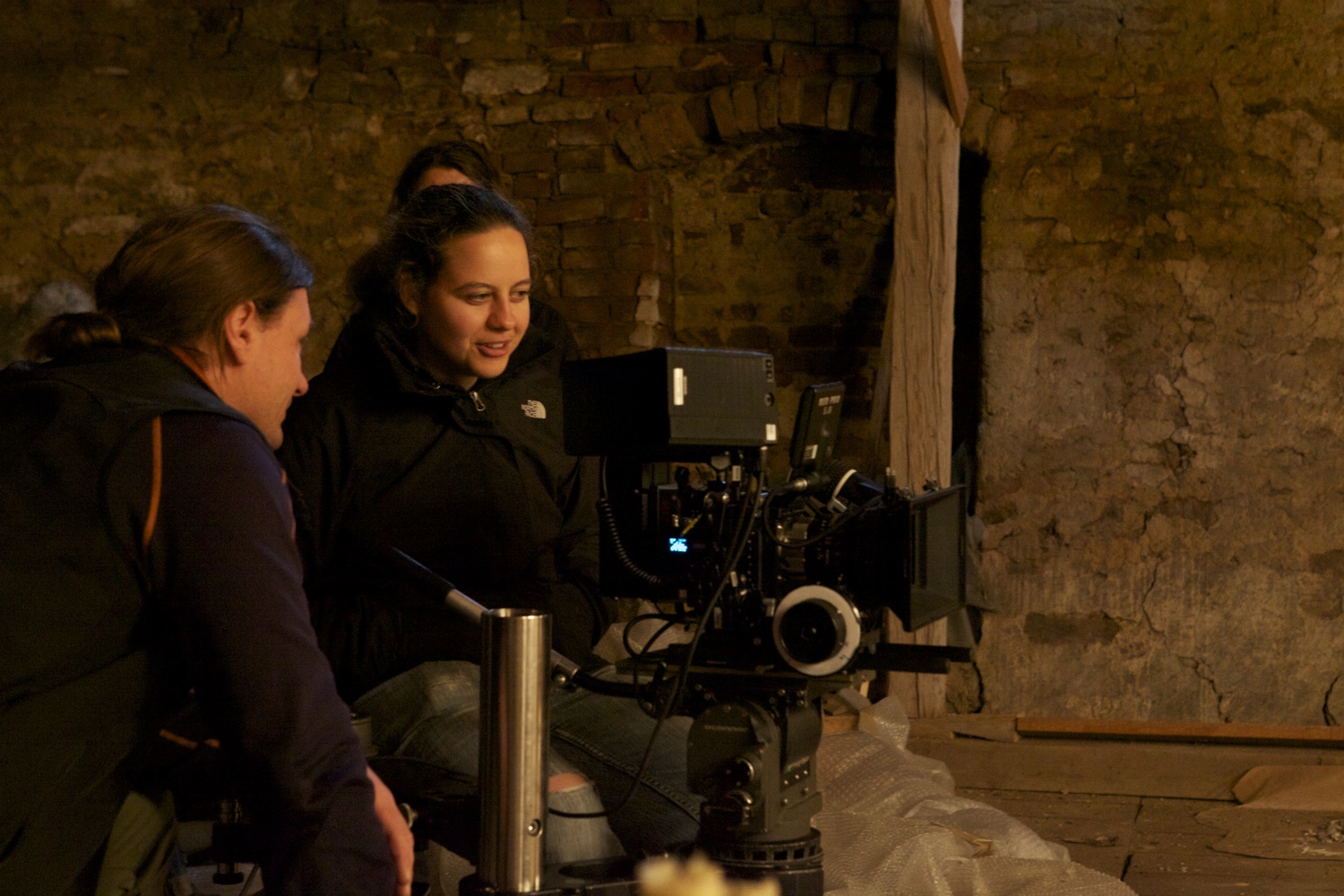 For many filmmakers, inspiration comes from home. Childhood memories and hometown experiences are transformed into cinematic marvels, their central themes found across decades of projects in storytelling. For German American filmmaker Christina Rose — who has spent most of her life, and all of her childhood, moving from place to place — that inspiration often has more complicated roots. As the CEO and co-founder of the production company MirrorWater Entertainment, Rose finds a home for her international outlook in creating films and limited series that focus on social issues from a global perspective. Series like “Wonder Women,” for example, feature individuals from all over the world to showcase their many interconnections. In doing so, Rose says she hopes she is helping to promote acceptance and internationality for her audiences.

The Harvard Crimson sat down with Rose while she was at the 2021 Cannes Film Festival to chat about identity, inspiration, hope, and what’s next for her career. This conversation has been edited and condensed for clarity.

The Harvard Crimson: You’ve had plenty of experience in TV and media across countries. What made you interested in cinema/television?

Christina Rose: I’ve honestly always wanted to work in the film business. As a young kid, I even told my parents. At the time, my mom was like, “No, you’ll never become an actress.” And I was just like, “I don’t want to become an actress. I can work behind the camera.” … I just loved storytelling. I learn through visuals, and I realized that visuals is [also] my medium for [expressing] myself. I wasn’t good at school … language wasn’t my thing, but I loved the arts. And I was able to express myself through images.

I ended up working a little bit in Hollywood, but I really wanted to spend more time on international projects because of [how] I grew up. My dad was in the military for 30 years and we would always move around between the U.S. and Europe. And so I always said, “There’s a lot of content in the international sphere.”

THC: When you say you wanted to express yourself, what specifically did you want to express?

CR: What I’ve heard and seen from really brilliant filmmakers is that it’s about finding your inner voice and the one or two facts about you that [hold] the story that you have to tell within you. Sometimes it’s a specific subject matter or some particular problem you had in your own life. I think, for me, to be very personal and very honest, I’ve always had to fight very hard in order to accomplish something. Either because I’m not the smartest and I had to learn very hard, or because I just had all the cards stacked against me. I’ve failed often, and I have been devastated and depressed. But I’ve also succeeded. … If I can help other people realize that if they don’t give up and if they continue on with their dreams and what it is that they’re inspired to do. Then anything is possible.

I think that’s the type of character that I’m focusing on no matter what it [the project] is.

THC: How has your experience living in so many different countries informed the work you do?

CR: For some reason, I always tend to find global projects. The truth is, I always have to find a [story we can relate to]. My standard rule is we [the filmmakers] have to be able to find something within ourselves to be able to tell a story, because if there’s nothing in it, then why are we telling that story? Somebody else needs to tell that story. If there is something I see of myself in it, or [that my colleagues see], then we go out and search for that. I’ve been lucky enough because I’ve been working in all these different places and meeting all these people that I try to be like, “What’s your talent? How can I help you?” I think I’ve just loved this global environment that I’ve been in. It keeps on nourishing me.

THC: Where do you find the ideas for the stories you’re going to tell?

CR: Sometimes they just morph into it. Speaking specifically of the documentary we just finished, which is called “Wonder Women,” that idea started with my cousin who was from Alaska, visiting my brother who’s my business partner, and telling him about the fact that fisherwomen haven’t really been featured on TV [the way fishermen have]. … The next day, my brother would call me and be like, “I think we have something.” And sure enough, we found out that women in the fishing industry were underrepresented worldwide. And so we decided to develop that more … and as we were going through all these questions that we had, we were just like “Wait, there’s so many other industries where women are underrepresented all over the world. How about we go big on this?” So we started small, and then it became this huge, global, six-part documentary series of women from all over the world, from all different backgrounds in different industries. … We have the fisher woman, we have an astronaut trainee from Germany, we have a racer driver from Hungary, we have a Puerto Rican baseball player in the men’s league, a musical conductor originally from Shanghai, and an Indian pilot.

THC: A lot of the media you’ve worked to produce now with MirrorWater — like “Wonder Women,” “Isolation,” and “InGenius” — has a social justice lens to it. What do you think is the role of film and television in engaging with these topics?

CR: When I set up the company with my brother, we were really trying to figure out what’s at the heart of our company and what makes us different from everybody else. And I was so lucky to meet Tom Hanks once at the University of California and he said that for him, the three key elements of good filmmaking is following the three Es: E for entertainment, for educational, and for enlightenment. And the key is enlightenment. It’s the hardest to accomplish because you want to be able to reach your whole audience so that they can still think about what they saw for weeks and months.

I’m of the mindset that we in the entertainment industry have a really advantageous power to impact people in a very positive way. … I think it’s up to us to be able to flip the switch and show positive, inspiring, motivational types of stories. Stories where we see people doing good things, when we see people who are facing all of the challenges, but are trying to do the right thing in life.

I think once we see that, we’re going to see society coming together. I think we’re going to find our common ground. … Because at the end of the day, we as human beings, no matter where you’re from, how you look, what religion you follow, what sexual orientation [you are], we’re all humans. We all laugh, we all cry. We’re all afraid one day, and we’re all happy another. I feel like we have to find that common ground again, to come together so that one day we’re gonna sit at a table and it’s gonna be people from everywhere in the world, and we’re all loving each other.

THC: Much of your work is also focused on specific people tackling big global issues. Why do you think you’re so drawn to individuals?

CR: I think it’s being able to show that one character who was facing the challenges and hardships is learning from it. I think it’s that individual person who takes that journey. …It’s sad because I think we all as human beings have something within ourselves that either is haunting us or that we’re trying to overcome. We’re being challenged over and over again from year to year that we have to learn our life lessons. I think that’s why I gravitate to that individual journey and individual life experience.

THC: You’ve also said you’re going to be the first production company to make a film in space?

CR: It’s a huge challenge because I know Tom Cruise has said that. He’s probably working on it right now. There’s also a Russian company doing that too who want to probably outpace him. I always set my mindset to dream big. And I’m not saying it’s going to happen, but I definitely want to make sure that I can either be a challenge or a collaborator.

THC: What’s the next thing you’ll be working on at MirrorWater?

CR: “InGenius” is a project that we’re working really hard on right now and that we hope to be able to start filming soon. It is basically about the problems of the 21st century that the whole world is facing right now, and about solutions that are more ancient, maybe culture-specific, and more of the unusual thinking-outside-the-box type of solution [that are often overlooked in Western countries]. … That’s what we’ll be exploring, and we feel it’s really timely. We’ll be able to show something to the world that they don’t realize, and hopefully inspire people in the West, in Europe and North America, to think outside the box.