From Cannes: ‘Titane’’s Horror Will Dazzle and Liberate You 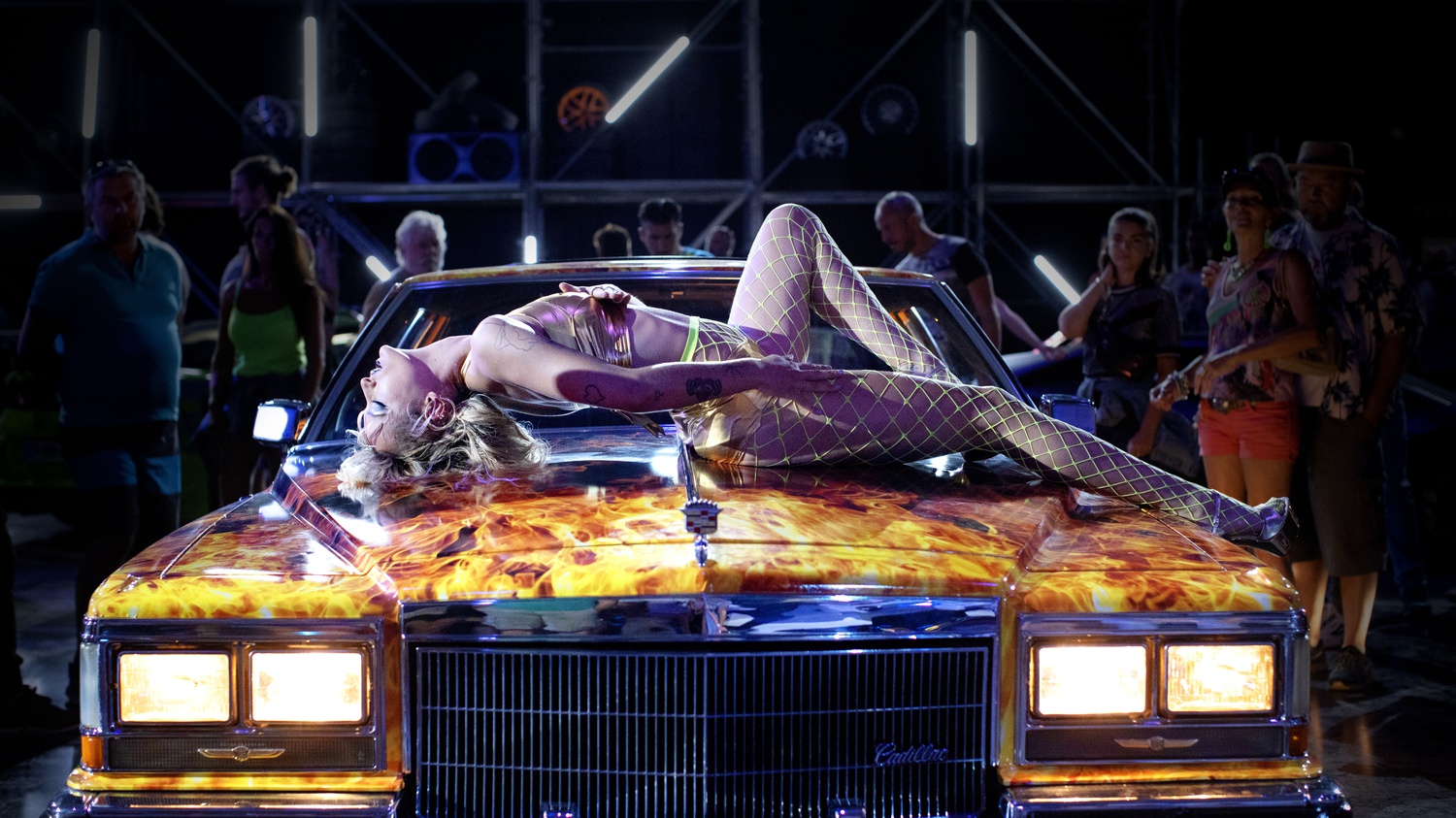 Julia Ducournau is OK with people fainting while watching her movies. At the Toronto International Film Festival screening of her first feature film “Raw” (which also screened at the Cannes Critics Circle), several audience members reportedly left in an ambulance. Ducournau’s films uncover the disturbing and the grotesque in everyday, angry womanhood — in the revenge of a recovering woman with bulimia on her high school bully, or a hazed college freshman with cannibalistic tendencies. Her vengeful anti-heroines do not internalize the pain they experience; they externalize it, in bloody, impossible-to-look-away-from fashion.

Ducournau doesn’t aim to scare per se, but to “shake you to the core,” as she told The Independent. And in pursuit of that goal, her second feature film and Palme d’Or contender “Titane” succeeds in every possible way.

“Titane” follows the metamorphosis of Alexia (played by a mesmerizing Agathe Rousselle), who begins as a child with a titanium plate in their head, only to transform into a sex worker, the long-lost son of a fireman, and, on the side, a serial killer. The film’s cocktail of wild yet emotionally-resonant plot twists are half the fun, so this review will refrain from spoiling anything. Suffice it to say, this film includes a fascinating, ambiguous, and gory exploration of gender fluidity, a murder via the leg of a chair, and one of the creepiest renditions of the “Macarena” of all time.

A deliciously-eerie, hyper-stylized visual landscape lends glamour and cohesion to “Titane”’s many shocking twists and turns. Like its trigger-happy protagonist, the film revels in exaggeration; its contrast and saturation are both turned up to the extreme, and many scenes are intentionally shot in brightly-colored, neon hues. A raging orange consumes the frame during a fire; glowing pink bathroom lights expose a litany of self-inflicted violence against the female body. In a similar vein, much of the film’s score is operatic: Baritones bellow over a sex scene with (yes, with) a car, sopranos scream over a tortured birth. “Titane” is a movie that makes more sense emotionally than it does literally, and its dazzling, almost-glamourous style is a key part of the visceral bodily experience it creates for viewers.

However, “Titane” isn’t just much better-looking than your average horror-thriller. Its wild scenes of violence and gore emerge from a subversive refusal to “play nice” with expectations of gender or male violence. Alexia refuses to let anyone touch them in a non-consensual, disrespectful, or derogatory way; most people who dare don’t live very long. The first time they kill someone, it’s a man attempting to rape them as they leave work — an experience that far too many sex workers and gender fluid people share. Alexia doesn’t put up with smaller acts of disrespect, either: they flinch at any unwanted touch, stay silent and refuse to speak or answer questions unless they want to, and drug a man for patting their head in a condescending way.

This year’s Cannes has been saturated in male violence against women. The film industry is rife with sex scenes where the woman says “no” (that then continue, undisturbed) or gets shoved into a wall. Not to advocate for impaling all would-be rapists with hairpins, but it is a breath of fresh air to see someone who doesn’t entertain, “humanize,” or make excuses for violent men.

“Titane” also undertakes a broader-reaching type of social commentary on gender: challenging not just assumptions about how female-bodied people should respond to men, but about what it means to exist in a female body in general. While Alexia’s gender identity is left unclear, the film’s most extreme violence and gore is very clearly directed against the “feminine” parts of their body. (They use painful binding tape that leaves scars across their breasts, try to cut off their pregnant belly, shave their head, and even break their own nose.) All of these are “perversions,” perhaps, of surgeries undergone by real people with assigned-female bodies: top surgery, sterilization, facial masculinization surgery. Whether these scenes of violence are about womanhood, gender dysphoria, or something in between is left up to the viewer; regardless, they create one of cinema’s most visceral representations of fighting your own female-coded body.

With “Titane,” Ducournau doesn’t just venture deeper into the disturbing and grotesque than most directors would dare. Rather, she breaks every possible rule about how to exist in a female body — and creates a glamorous, gory exploration of gender and gender fluidity that is unlike anything you’ve ever seen.