This team is built on generations of love, of grit, of sacrifice, and of passion, and I know that will never leave me. It has given me strength and confidence I didn’t know I was capable of, and a family I never knew I needed. 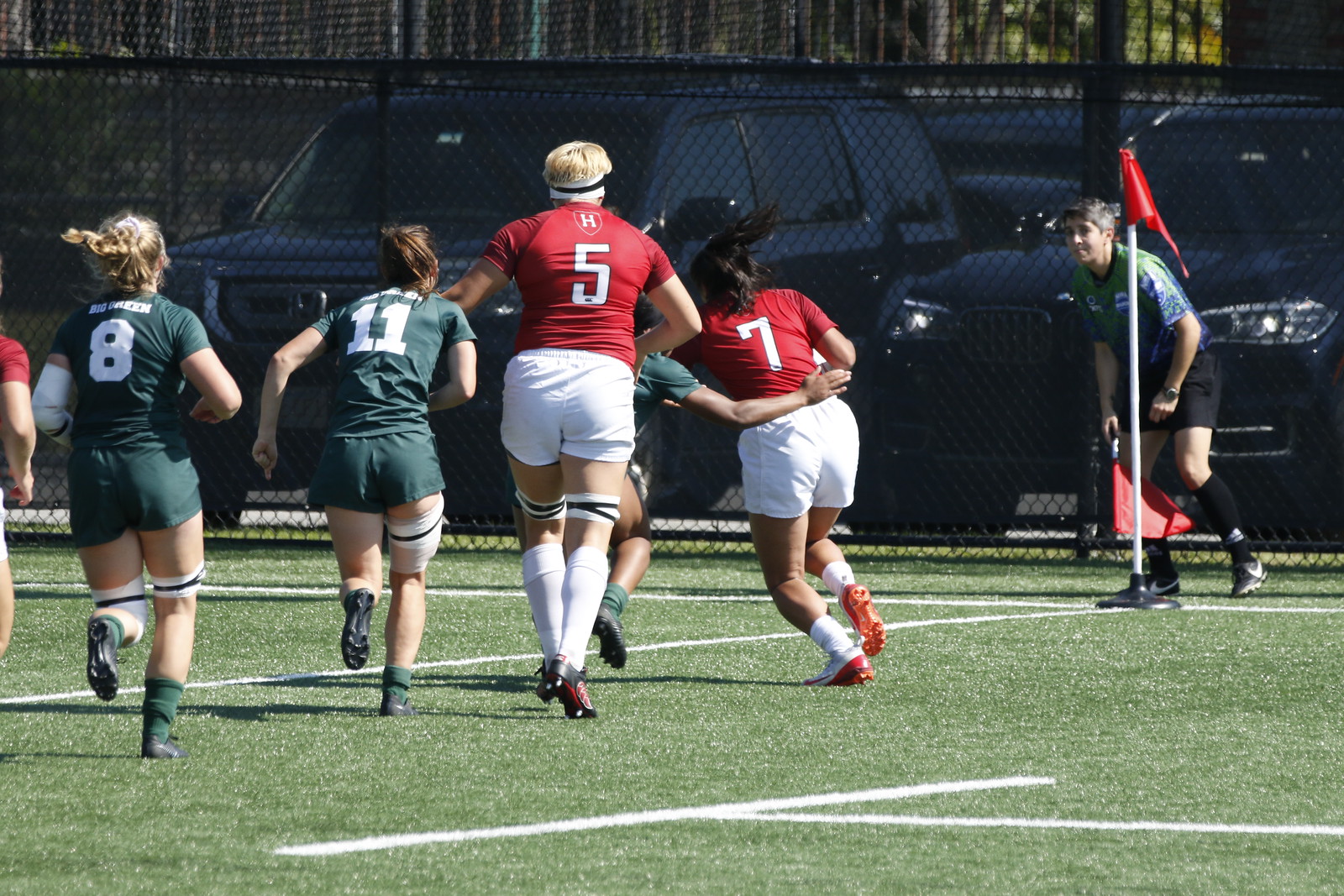 My time on Harvard Women’s Rugby could be a page out of a fairytale. I walked onto the team my sophomore fall, and we won Ivy Championships in both 15s and 7s, only to come back my junior fall to win a national championship. I never thought Sunday, Nov. 17, 2019, the day we won the NIRA National Championship game, would be the highest point of my athletic career and also my last competition for the Crimson. As of June 1, it’s been 562 days since we last competed. But I’ve felt the strength and lessons of my team more so in the last 562 days off the field than I could have imagined. Harvard Women’s Rugby, more than anything else at Harvard, taught me how to learn, how to be a teammate, and how to be brave.

Harvard students are rarely given the chance to be bad at something. We step into this university at the top of our fields already, and anything less than perfection is uncharacteristic. My time with rugby has been intentionally imperfect. I walked onto the team having never even seen a game of rugby before, but I was thrown right into a game against our biggest rivals just weeks later. Ask my teammates — I looked very much like a lost chicken on the run. But my team chose to coach, not criticize. It was a long process of constant questions, being knocked down (literally), rules I still don’t understand, and undying faith by my teammates that made me the confident player I am now. Not many people would take the time to support, teach, and cheer on a peer in both the good and the bad, but Harvard Women’s Rugby has always believed that anyone should be able to play rugby. We have grown into a championship team because of our commitment to the value and growth of every player on the roster, no matter how lost they are. From this team and process, I have learned true patience, humility, and kindness.

Being a teammate used to be clearly defined by actions of support we could express every day. It was about offering a hand up after a tackle, laughing on the walk across the bridge, and giving your teammate the last cookie at Dunster team dinners. This past year, those actions shifted to Zoom DMs during team meetings, phone calls over so many time zones, and emailed letters of appreciation to each other. Being an unwaveringly supportive and selfless teammate is your first and most important job on this team, and every person took that on with new strength this year. My teammates showed up for each others’ thesis presentations, CEB events, and Zoom yoga sessions without fail. I’m at a complete loss to explain how every day on this team has pushed me to be a stronger and kinder teammate, friend, and person.

One of my teammates recently interviewed a bunch of Harvard Rugby players and alumni about the wisdom they’ve gained from rugby, and we all repeated, “pressure is a privilege.” All student-athletes know that sometimes the weight of expectations, whether they be athletic, academic, personal, or all of the above, can be paralyzing. Even more paralyzing than the expectations, though, is when we cannot predict the outcomes. Bravery is defined as facing fear, hardship, and uncertainty and forging on anyway. Harvard Women’s Rugby made me brave because it taught me to face fear and uncertainty and choose to be grateful to get to feel so much. Every Friday, whether it be on our locker room whiteboard or in our team group chat, everyone had to write something they were grateful for no matter how small. Through this past year, our team has anchored itself in being grateful for the teammates, safety, and love we have, bravely facing each hurdle together.

Harvard Women’s Rugby nurtured, pushed, supported, and loved me unconditionally. This team is built on generations of love, of grit, of sacrifice, and of passion, and I know that will never leave me. It has given me strength and confidence I didn’t know I was capable of, and a family I never knew I needed. Thank you, millions of times over, to Harvard Women’s Rugby and Harvard Athletics for giving me the education of a lifetime.