‘Ziwe’ Premiere Review: Give Ziwe All The Talk Shows 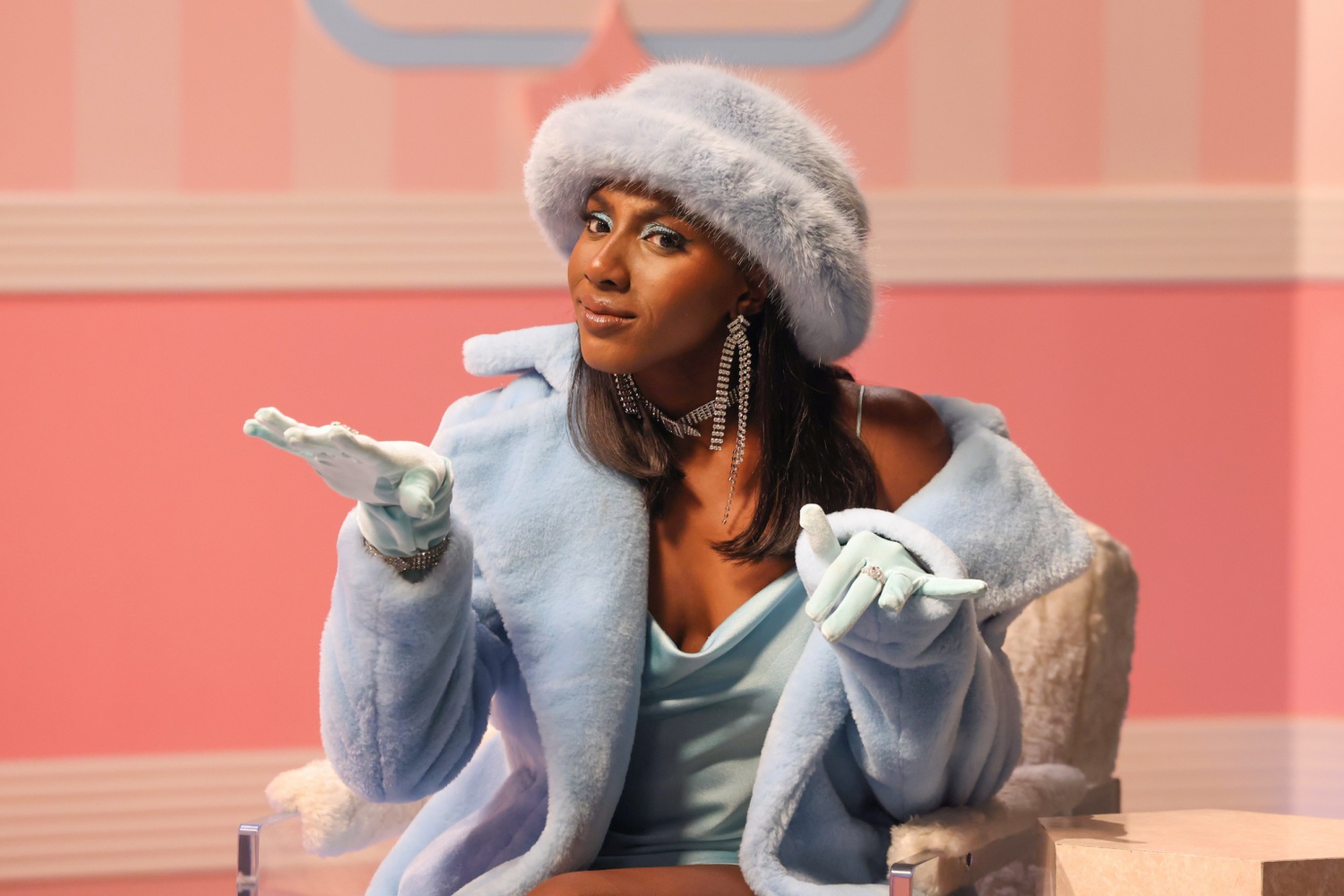 In the first episode of Showtime and A24’s new variety series “Ziwe,” which premiered on May 9, host and creator Ziwe Fumudoh’s sharp humor, poignant commentary, and glossy style give new life and relevance to the talk-show format, offering hope for a fresh phase in the late-night space. As the premiere bounces between Fumudoh’s interviews with author Fran Lebowitz and activist Gloria Steinem, a music video directed by Quinn Wilson, a discussion with several white women named Karen, and satirical commercial breaks, every element is tied together by wit and hilarity that should appeal to comedy fans, late-night viewers, and ultimately anyone interested in watching a brilliant comedic voice make her network TV debut.

Fumudoh gained widespread recognition for her dynamic, often cringe-inducing Instagram Live interview series, in which guests ranging from Caroline Calloway to Alison Roman stumbled to answer questions like “how many Black friends do you have?” and “qualitatively, what do you like about Black people?”. Fumudoh’s willingness to challenge her guests and audience with straightforward questions is on full display in her new show, but she’s also skillfully utilizing a variety of other media to delve into issues of identity, race, gender, class and privilege. For much of the premiere episode — titled “55%,” for the percentage of white women who voted for Donald Trump in the 2020 presidential election — “Ziwe” examines white women’s role in supporting and perpetuating racism. After a charming, “Daria”-esque animated title sequence, the episode jumps into Fumudoh’s interview with Lebowitz, which begins on a playfully antagonist note when Lebowitz refuses to make a standard entrance around the back of the stage and immediately sits down, noting that she’s not interested in “games.”

“Is that standard for white women to come onto a show and dictate how it’s supposed to go?” Fumudoh asks; with staggeringly little self-awareness, Lebowitz responds that “only Black women think white women are in charge of things.” As the episode progresses, it challenges this pervasive white-feminist idea that white women are not instrumental in white supremacy, from the campy music video for “Lisa Called the Cops” (a showtune-inflected original song about a white woman who frequently calls the police on Black people) to a fake commercial about white women buying American Girl dolls from the “Imperial Wives Collection.” While the show takes an unflinching look at an urgent reality that, as Lebowitz’s interview shows, white women still need to accept, it’s not focused on calling out individual guests’ racism. Rather, the show weaves interviews into a broader discussion of issues affecting today’s America, always imbued with humor by Fumudoh and co-writers Jamund Washington, Michelle Davis, Cole Escola and Jordan Mendoza. “It’s not about getting anyone cancelled,” Fumudoh told Janelle Monae during a premiere event for the show, “It’s about having lighthearted conversations about serious topics.”

She noted that viewers see her guests and herself grow and change their perspectives in real time, and that she worked closely with editors to find a distinct editing and graphic style for each interview. The two conversations in “55%” have completely different atmospheres, with Lebowitz’s longer interview taking place on a lush, pink-drenched set and Steinem’s moving quickly via video chat. Both are laugh-out-loud hilarious, though, from Fumudoh’s dramatic reading of Cardi B’s “WAP” for Steinem (“When you hear these lyrics, do you feel empowered as a lady?”) to her questions for Lebowitz about why she agreed to the show (“I don’t have the slightest idea who you are,” Lebowitz deadpans, “Someone who worked for you was incredibly persistent — incredibly persistent.”). Like any great late-night talk show host, Fumudoh is hyper-responsive to guests with her questions and creates a sense of spontaneity, even as they discuss a range of connected topics — and it’s to her credit as a comic and commentator that, despite her guests’ sometimes bizarre or tone-deaf answers, the conversations are as nuanced as they are interesting and leave viewers with multiple takeaways. For those who don’t usually watch talk shows, “Ziwe” will not only be a worthwhile watch, but one that flies by, making for great binge-watching when the episodes are all out.

Adding to the show’s immersiveness is its distinctive visual style, which is cohesive across the set design, music, editing, costuming, and cinematography. From the main interview stage — a bubblegum-pinked fake living room decorated with urns of giant feathers — to the glittery, Old-Hollywood style music video, “Ziwe” embraces a poppy, glamorous aesthetic that feels more “Euphoria” than “Jimmy Kimmel Live!” The show’s hyper-feminine design elements are also unique on the landscape of live TV: As Fumudoh noted to Monae, “A lot of time women have to tone down femininity to be taken seriously,” and she hoped to counter that norm with her vision for the show. The graphics and music cues hype of the drama of each moment, underscoring tense moments and amplifying funny back-and-forths. The show is also tightly edited to pack many different segments into a 25-minute spot, but never feels like it’s cutting away from any one segment too soon. “Ziwe” is a welcome relief from late night’s cityscape backgrounds and navy suits, and it’ll appeal to fans of A24’s distinctively-stylized feature projects.

Ultimately, “Ziwe”’s debut spells new promise for the talk-show genre, raising the bar through its seamless, mesmerizing combination of interviews, sketches, and music. It’s all pretty — as Fumudoh would say — iconic.

— Staff writer Harper R. Oreck can be reached at harper.oreck@thecrimson.com.