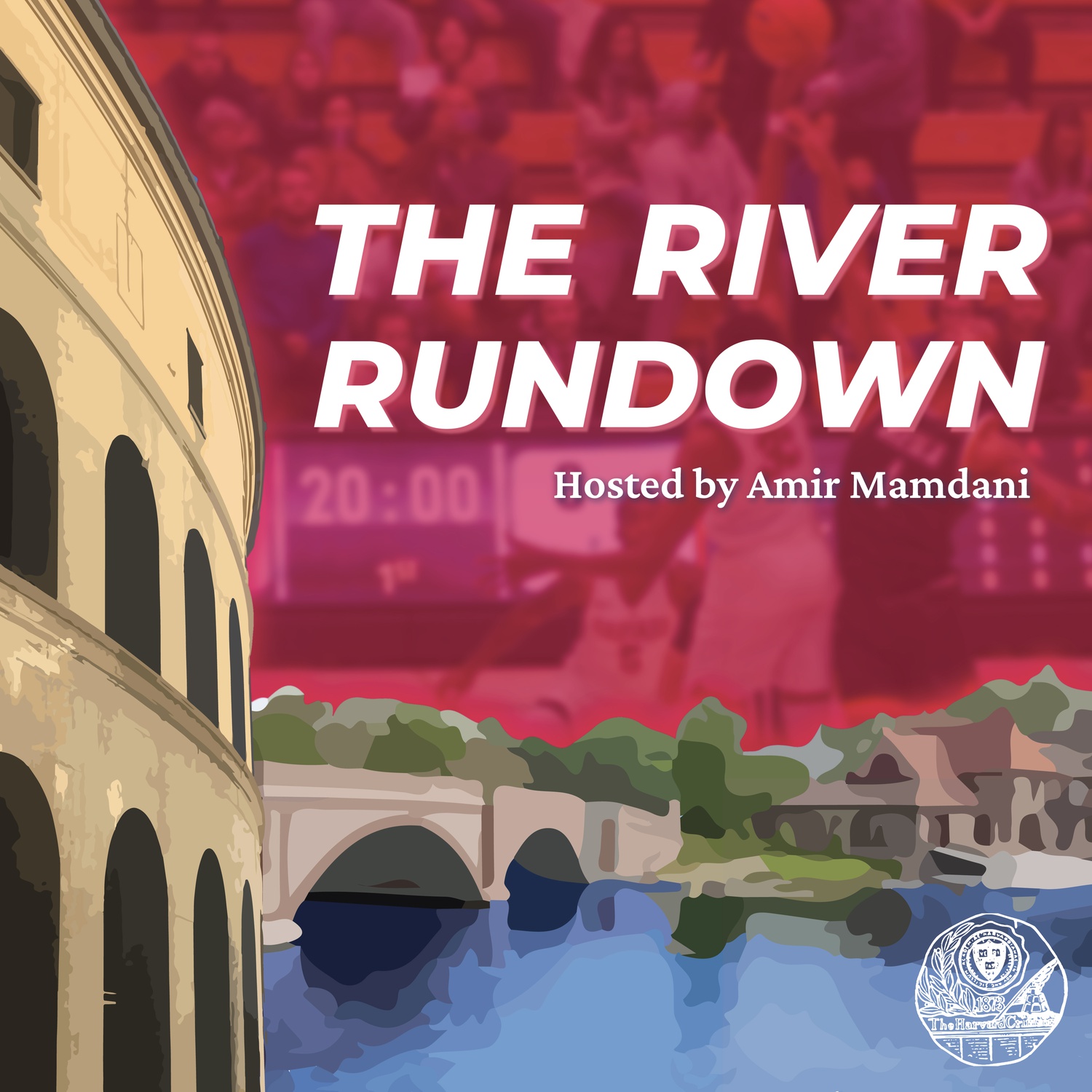 By Matthew J. Tyler
By Zadoc I. N. Gee and Amir Mamdani

The River Rundown is a podcast about Harvard Athletics amidst the pandemic — focusing on alumni and undergraduates alike, and how the pandemic has impacted their careers. Hosted by Amir Mamdani, this six-part series incorporates a variety of perspectives and athletic experiences, tying together some complementary views on life across the Charles River. Presented by The Harvard Crimson, published bi-weekly on Sundays. Produced by Zing Gee. Cover art by Matthew J. Tyler. Listen and subscribe on Spotify or wherever you get your podcasts.

The first episode of The River Rundown features Marshall Rifai and Jack Drury from Harvard men’s hockey, who touch on a variety of topics — from the team, to the NHL, to playing professionally in Sweden while still taking online classes. Hosted by Amir Mamdani and edited by Zing Gee.

Guests Christian Juzang ’20 and Robert Baker ’20 of Harvard hoops talk about playing professionally in Vietnam and Slovakia, the abrupt end to their senior season last March, and the miraculous March Madness run to the Final Four by Christian's brother, Johnny.

Milwaukee Brewers pitcher Brent Suter ’12 talks about his path from college, through the minors, to the major leagues, and his passion for environmental sustainability and Earth Day. After spending several seasons in a hybrid role as a starter and a reliever, Suter has thrived out of the bullpen this season, already registering two wins and pitching to a 2.87 ERA for Milwaukee—who are first in the division.

Tennessee Titans tight end Anthony Firkser '17 talks with us about his career in Cambridge, his difficult journey to make an NFL roster, and his success with the Titans so far these last three years. We touch on Firk's memorable individual performance against Tom Brady and the New England Patriots in the playoffs, and the Harvard football fraternity in the NFL.