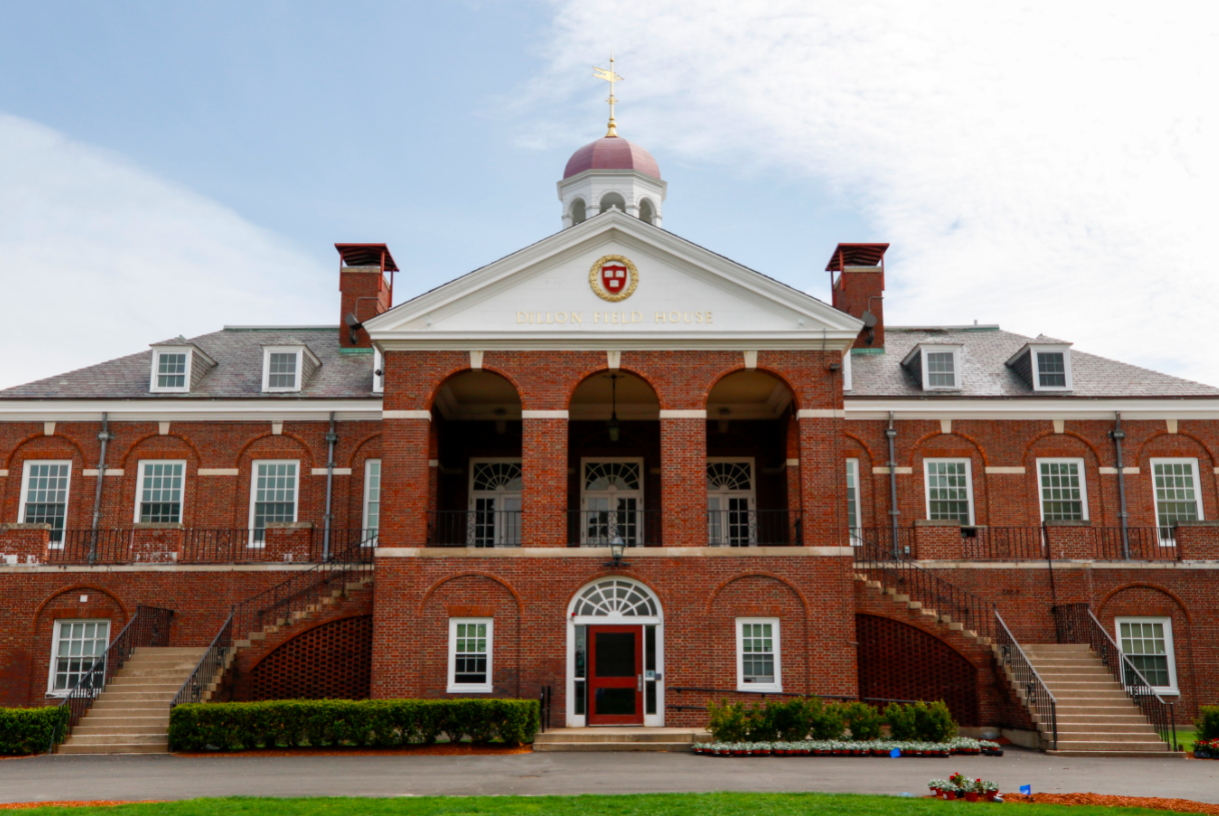 More than 14 months have passed since a Harvard Athletics program last competed. With Ivy League presidents announcing the cancellation of fall 2020, winter 2020-2021, and spring 2021 sports seasons due to Covid-19, the Crimson's 42 varsity teams have largely trained and communicated away from campus during the last academic year.

Given the absence of intercollegiate competition, Harvard's student-athletes faced important considerations when deciding whether or not to enroll in classes in 2020-2021. Other NCAA conferences may allow players that take classes but sit out athletic seasons to avoid counting that season towards their limited eligibility, thus preserving a season of athletic eligibility to use as a graduate student or fifth-year undergraduate. This process is known as “redshirting.”

The Ivy League does not allow redshirting, at least in the traditional sense (a note of clarification on this point to follow). Under Ivy League rules, if a student-athlete does enroll during a sports season, that student-athlete will use the year of eligibility, whether or not the individual plays in any games or not. Thus, to preserve eligibility in a season with no games or competitions, which became the new normal during the Covid-19 pandemic, deferring enrollment for a semester or a full year becomes a very viable option for many student-athletes. While the Ivy League did grant a one-time waiver in February 2021 for its seniors to compete as graduate students, for many Crimson student-athletes graduating this spring, the decision arrived too late to impact their post-graduate plans.

Without the ability to compete this year, did Crimson student-athletes decide to preserve a year of eligibility by not enrolling in classes? Or did student-athletes seeking access to Harvard's athletic facilities, which was limited to those enrolled and living on-campus, choose to enroll? How does the rate of student-athletes deferring enrollment this year compare to that of the College as a whole?

The Crimson then searched for first-year (original class of 2023), sophomore (2022), and junior (2021) student-athletes in the 2019-2020 data set to appear again on 2020-2021 GoCrimson rosters. In some cases, Harvard Athletics rosters from 2019-2020 also list student-athletes as “redshirts” as an additional category beyond the four class years. Although The Crimson was unable to clarify why some Harvard Athletics rosters used the term “redshirt” given the Ivy League’s unique policies on academic enrollment and athletic eligibility, to be consistent with terms used on 2019-2020 GoCrimson rosters, the term “redshirt” is included in the data set. If names from 2019-2020 were missing on 2020-2021 rosters, The Crimson confirmed through the Harvard College Facebook and internet searches that these student-athletes were taking time off from classes during fall 2020, spring 2021, or both.

In the results below, the rate of student-athletes taking a gap semester is categorized by gender, sports team, class year, and season. For programs that compete in two seasons, the sport is included in both seasonal categories. Track and field, for example, is counted as both a winter and spring sport.

Before comparing the rate of Harvard student-athletes taking gap semesters across different sports teams, genders, and class years in 2020-2021, the aggregate finding of this study is that, out of the entire population of Crimson student-athletes, approximately 40 percent opted to take time off from classes during each of the fall 2020 and spring 2021 semesters.

This rate is roughly twice that of College undergraduates at large (student-athletes and non-athletes alike) who opted for time off from classes in 2020-2021. According to College officials, 5,382 students and 5,177 students enrolled in classes for the fall 2020 and spring 2021 semesters, respectively. Given that 6,755 undergraduates enrolled during the 2019-2020 academic year, the total enrollment of the College’s student body in 2020-2021 decreased by roughly 1,400 students, or 20 percent.

While the data suggests that in each of the fall 2020 and spring 2021 semesters approximately one in five College students took a gap semester, it is important to note that these numbers represent all Harvard College undergraduates — including student-athletes. If student-athletes were extracted from the College-wide totals, an even larger difference would likely be found between the rate of student-athletes that took a gap semester and that rate in non-student athletes. The Crimson’s study does not account for statistical significance; however, there exists considerable evidence that Crimson student-athletes enrolled in classes during the 2020-2021 year at much lower rates than the College’s entire student body.

While many teams had similar gap-semester rates across fall 2020 and spring 2021, a number of teams also had significant differences between the semesters. Student-athletes on the football and women’s soccer teams — both fall sports — took time off in spring 2021 at a much lower rate than fall 2020. For football, the rate of players who took time off in the spring compared to the fall decreased by 23 percentage points; similarly, women’s soccer saw a 26-point decrease. Conversely, a number of spring sports had higher rates of players taking time off in the spring than the fall, such as baseball (20 percentage points higher), softball (19 points), and women’s water polo (18 points). Notably, baseball, softball, and women’s water polo seasons take place primarily in the spring.

In addition to the study on the rate of student-athletes taking time off during 2020-2021, The Crimson asked senior student-athletes, “How did you approach your senior season and questions about eligibility?” The survey, administered via email exclusively to senior student-athletes, garnered 69 responses. Twenty-nine percent of respondents indicated that they had already played their final season of intercollegiate athletics in the 2019-2020 school year. Forty percent of respondents indicated they chose to take time off in order to maintain their eligibility for another season; of these student-athletes, 27 percent indicated they would take an entire school year off, while the remaining 13 percent indicated they would only take a single semester off of classes. Another 20 percent of respondents answered that they would transfer as a graduate student to another academic institution in order to maintain their eligibility for another season and compete at that other institution.

Finally, 10 percent of respondents — seven people — chose “other” as a response and wrote in an answer. While some of the senior athletes that chose “other” actually explained their decisions in ways that fit the descriptions of possible survey responses, The Crimson decided to not alter the response data by placing “other” responses in a potentially more appropriate category after administering the survey.

The Ivy League’s initial refusal of an additional year of eligibility for senior student-athletes, coupled with their subsequent reversal of that policy, has incited mixed reactions from those affected by the policy.

Matt Thomas ’21, captain of the baseball team and co-president of the Student-Athlete Advisory Committee (SAAC), will be attending the Harvard Graduate School of Education this coming fall. Although he said he is thankful for the opportunity to potentially play another season of baseball, he acknowledged that the timing of the announcement made it difficult for student-athletes to take advantage of its implications.

“The decision came out really late, to the point where most people had already settled on what their plans were for the next year,” Thomas said. “The timing [of the decision] is unfortunate. I do appreciate the Ivy League; they have never made this exception before. Even though they were willing to compromise there, it shows they were trying to work with the athletes, which I think was appreciated. Though, of course, earlier would have been much better.”

“Initially, I was pretty upset that I didn’t get to compete with my teammates again,” Roberts said. “But I think especially for a sport like rugby that is extremely high contact, I had lowered my expectations of anything happening in the next year or so having anything to do with rugby, because, you know, your face is next to someone’s face or you’re grabbing someone else’s leg every other second, so I didn’t expect there to be a workaround for rugby season that would be Covid-friendly or Covid-safe.”

While potential consequences for Harvard athletics and Ivy League sports as a whole are still largely unknown, athletes are confident in a swift return to competing at the highest collegiate level within the conference and throughout the country.

“We took [the pandemic] in stride, and we’re looking forward, not looking back,” said Roberts while reflecting on the past year.

This forward-looking mindset is needed in what many have called a lost year for Ivy League sports. It is easy to ask the question of what could have been. Many teams — like Roberts’s rugby team who were looking to repeat as national champions this year — will have to live with the fact that they will never get this year back. Yet, as Roberts and others have noted, this year also provided ample opportunities to grow individually and as a team.

“I think that no member of the Harvard baseball team will ever take another game for granted, realizing how much of their careers they’ve already lost,” Thomas said. “So every game they have left, I think they will be able to appreciate. I hope that people see that perspective by realizing how much of a privilege it is to play on the team.”

— Staff writer David Aley can be reached at david.aley@thecrimson.com.

— Sports Chair A.J. Dilts can be reached at aj.dilts@thecrimson.com.

— Staff writer Eliot Min can be reached at eliot.min@thecrimson.com.