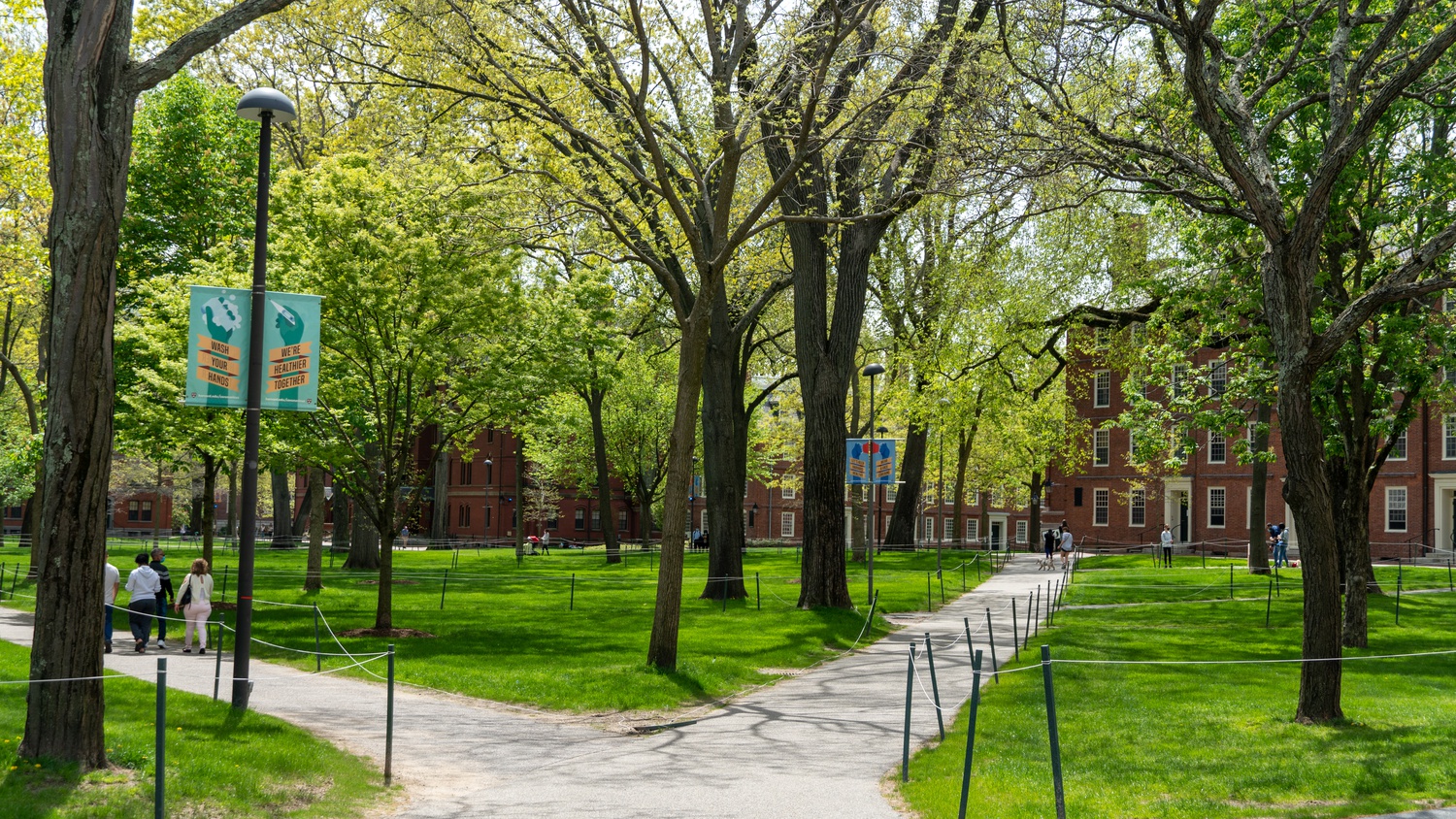 Eighty-nine Harvard student groups and nearly 900 students signed a statement condemning Israel’s use of force against Palestinians and calling on the University to “end its complicity with Israeli apartheid policies” by publicly rebuking Israel’s “excessive use of force against civilians” and removing the endowment’s investments in companies supporting the “Israeli settlement enterprise.”

The May 12 statement, which as of Wednesday had garnered 899 student signatures, also urges the student body to organize, speak out, and educate others on the ongoing violence in Gaza and the history behind it.

Eighty Harvard faculty members also signed a statement in support of Palestinian liberation that pointed out an alleged suppression of support for Palestine within academia. The statement similarly calls for an end to U.S. support for the “apartheid regime,” and for scholarly action and solidarity against Israeli aggression.

The conflict in Israel and Palestine reached the worst violence since 2014 this month after Palestinians protested the anticipated eviction of eight Palestinian families living in East Jerusalem. The confrontation escalated when Israeli police clashed with Palestinians at the Al-Aqsa Mosque, leaving 300 Palestinians injured. Islamic militant group Hamas, which controls the Gaza Strip, launched rockets into Israel, and Israeli forces responded with airstrikes into Gaza.

A cease-fire took effect Friday after 11 days of airstrikes, which killed 248 Palestinians, including 66 children, and left thousands injured or homeless. Twelve Israeli civilians and one Israeli soldier were killed in the fighting.

“As an occupying force, and against international law, Israel has erected a web of discriminatory laws that pervade every aspect of Palestinian life and exceeds the forms of direct violence we are witnessing these days to include structural and cultural forms of violence,” the statement reads.

The statement also argues that Harvard is “not an innocent bystander when it comes to the occupation of Palestine,” pointing to an analysis by The Crimson last year which found Harvard Management Company invests nearly $200 million in companies the United Nations has tied to Israeli settlements in Palestine.

Harvard spokesperson Jason A. Newton declined to comment on the statements Friday.

Harvard College Palestine Solidarity Committee, which co-signed the statement, wrote in an email to The Crimson that Americans “have only begun to notice the severity of Israeli occupation.”

“While PSC acknowledges the recent de-escalation within Gaza, a codified ‘ceasefire’ does not denote justice and equality within the occupied lands, the West Bank, and Gaza,” PSC wrote. “PSC will continue to build off of this momentum in the coming months to demand justice for all oppressed communities worldwide.”

The statement by Harvard faculty, a joint effort by five professors in the Anthropology, History, and Music departments — Ajantha Subramanian, Steven Caton, Vijay Iyer, Walter Johnson, and Kirsten Weld — also notes the “unwavering US financial, military, and political support” that “institutionalizes the domination and repression of Palestinians.”

The faculty statement argues that “scholarly criticism of Israeli human rights violations” has been suppressed over concerns of antisemitism; meanwhile, the Israeli government clamps down on academic freedom at Palestinian universities, the faculty alleged.

In a joint statement Sunday, the five faculty who authored the statement wrote that they believe it is important to incorporate Palestinian scholars, and activism into U.S. higher education.

“Our hope is that this leads to a more robust commitment to teaching about Palestine, to incorporating work by Palestinians into our syllabi, to inviting Palestinian scholars and community members to speak at university events, and to supporting campus activism for Palestinian liberation,” the five faculty wrote. “We also hope that more faculty sign on to the Palestinian-led Boycott, Divestment, and Sanctions movement, which urges non-violent pressure on Israel until it complies with international law by ending its occupation of Palestinian land, respecting the equal rights of Palestinian citizens of Israel, and promoting the right of return of Palestinian refugees.”

Independent of the faculty statement, Subramanian, Caton, Iyer, Johnson, and Weld demended the Harvard administration divest from “companies doing business with the apartheid state in Israel.”

“Although too late to be a moral exemplar, Harvard did eventually divest from companies doing business with apartheid South Africa,” they wrote. “For decades, Palestinians have been pointing to the parallels between legalized discrimination in South Africa and Israel. Now, Human Rights Watch and the Israeli human rights organization, B'tselem, have recognized the reality of apartheid under the fig leaf of democracy in Israel.”

“It is time for Harvard to take account of this reality and divest from companies that aid in Israeli colonization, occupation, and war crimes,” the professors wrote.

Samuel K. Meyerson ’22 said that while he supports Palestinian and Israeli statehood, he believes the statements by the student groups and the faculty echoed language from the Boycott, Divestment, and Sanctions movement, which Meyerson said is “explicitly anti-Israel statehood.”

“It’s really important to separate the government of Israel from the state of Israel and that while we can criticize one, we should not delegitimize the other, because I think that that creates a very hostile campus environment for the Jewish community,” Meyerson said.