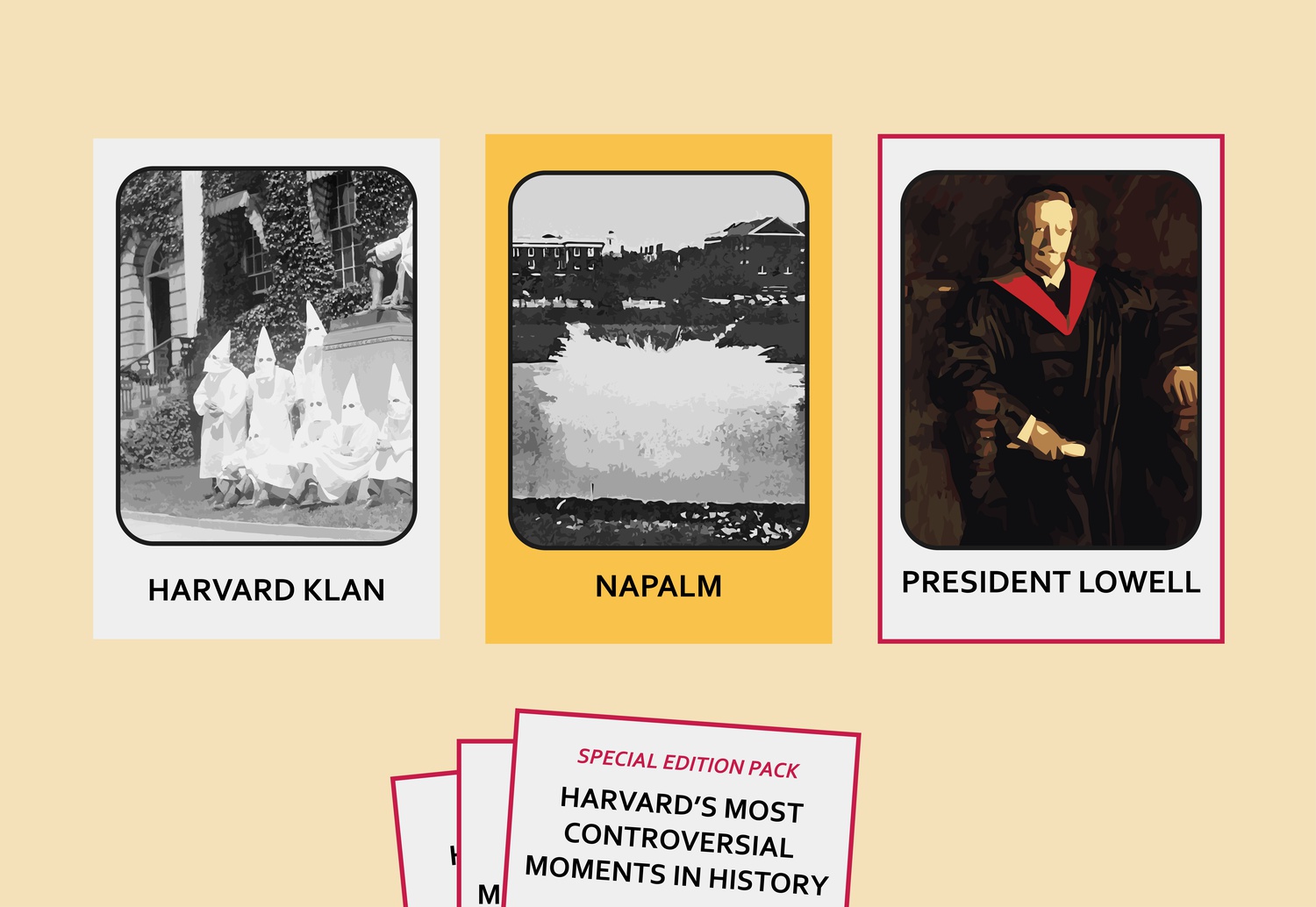 These Harvard NFTs Are Too Hot to Cancel

This all got me thinking — if I want to commodify clout, controversy, and kill the environment, then Harvard has about 380 years worth of history doing just that. So here is what I present to you: The Harvard NFT Collection.
By Harrison R. T. Ward

I am tired — tired of seeing other people make money selling NFTs. An NFT of Jack Dorsey’s first tweet sold for $2.5 million, an NFT of a Logan Paul pokemon card for $2 million, and an NFT art piece from an artist named Beeple for $69 million.

What is an NFT, exactly? I am not sure. It stands for a non-fungible token, and it’s basically an image verified with the blockchain. If that explanation confused you, don’t worry about it: An NFT is just a series of smoke and mirrors to distract you from the fact you just paid an ungodly amount of money for a JPEG.

When it comes down to it, NFTs are basically just a way to commodify clout. There is no better example of this than Azealia Banks selling an NFT audio sex tape for over $17,000 earlier this year. And yes, that is just for the audio.

As a part of making these NFTs, the computers running the blockchain consume massive amounts of electricity. Right now, Bitcoin’s carbon footprint is the size of New Zealand and with each new run of an NFT, crypto’s emissions get closer to the size of a slightly bigger, small nation. Maybe that $1,100 NFT of a balding NBA player running down the court will comfort you as rising sea levels swallow Miami-Dade County.

This all got me thinking — if I want to commodify clout and raise controversy, then Harvard has about 380 years worth of history doing just that. So here is what I present to you: The Harvard NFT Collection, a series of our most absurd, outrageous, and controversial moments because nothing sells like public outrage.

Harvard’s 10th president, Lowell has been memorialized with his namesake house: Lowell. What has been largely forgotten is that Lowell was anti-Black, anti-Italian, anti-semitic, anti-immigrant, anti-gay, anti-Irish, anti-labor — the list goes on and on. Lowell’s ire was directed at any non-Protestant white man.

Lowell oversaw a secret court of University administrators which quietly expelled almost a dozen students for their sexual orientation in 1920.

My guess is Lowell’s NFT will fetch a high price after the renaming of Lowell House, prompting conservative commentators to decry cancel culture, and creating an extensive backlash.

Few things on the internet are as surreal as watching Harvard professor Steven Pinker talk to Joe Rogan about “political correctness” in academia. Pinker made an impassioned case about how his past comments have been misunderstood, while he criticized the “speech police” for trying to constrain the realm of acceptable political thought.

I don’t really care about how free Pinker feels to debate innate differences in cognitive ability between sexes, but I do know anyone willing to tweet “Data: Police don't shoot blacks disproportionately. Problem: Not race, but too many police shootings,” is bound to stumble into exactly the media limelight that is going to send this NFT price through the roof. A National Review article from last summer claiming it would be “very very stupid” to cancel Pinker is already helping to prove my case.

Listen, as much as Harvard likes to talk about being a bastion of intellectual curiosity and good vibes, what it has never really reckoned with is that is the birthplace of napalm — a superweapon that irrevocably changed the 20th century. As with every other entrant on this list, Napalm’s connection to Harvard is going to have its day in the media spotlight, and when it does that NFT is going to be a hot commodity, no pun intended.

— Staff writer Harrison R. T. Ward can be reached at harrison.ward@thecrimson.com. Follow him on Twitter at @Hurrison_.