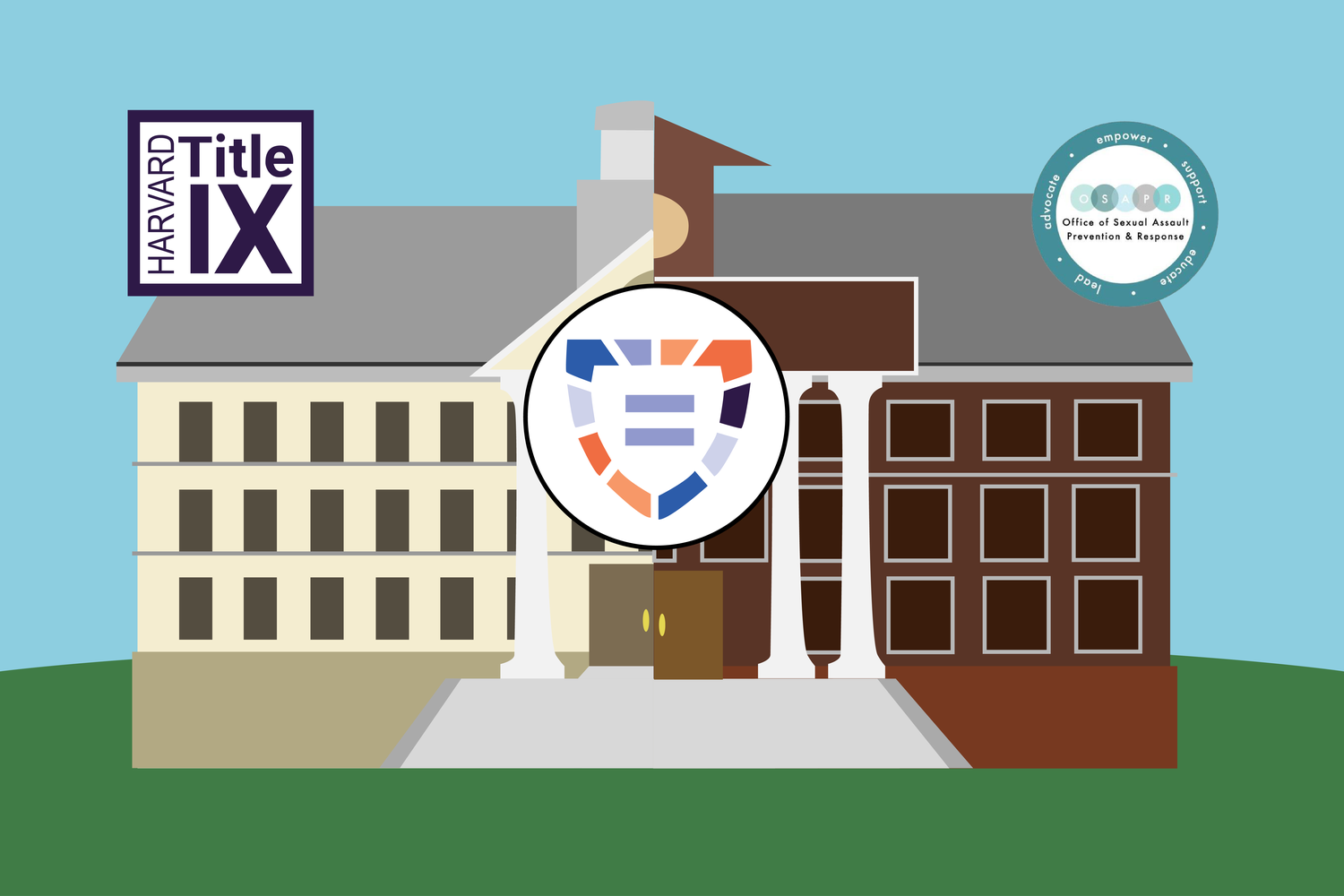 The University will merge its Title IX Office and Office of Sexual Assault and Prevention and Response under a new Office for Gender Equity. By Justin Y. Ye
By Jasper G. Goodman, Kelsey J. Griffin, and Alex Koller, Crimson Staff Writers

Anti-sexual assault student activists expressed concerns about the process behind Harvard’s decision to merge its Title IX Office and the Office of Sexual Assault Prevention and Response.

Harvard announced on March 24 it will join the two offices under a new Office for Gender Equity. University Provost Alan M. Garber ’76 wrote in an email to Harvard affiliates that plans for the new office and the dissolution of OSAPR emerged after “thoughtful comments from many students, postdoctoral fellows, staff, and faculty.”

In a March 24 article published in the Harvard Gazette, University Title IX Coordinator Nicole M. Merhill — who will helm the OGE — said input from student organizations, including anti-sexual assault advocacy group Our Harvard Can Do Better, was a factor in the University’s decision to merge existing offices.

But members of Our Harvard Can Do Better said though the consolidation has the potential to improve direct services for students, it is not a change they recommended.

“We never endorsed this and have some pretty grave concerns about what it could mean going forward,” member William M. Sutton ’23 said. “I wouldn’t say that we can necessarily stamp this as a bad decision — it’s certainly nothing we called for, and we would have probably rather had just seen way more investment in OSAPR.”

Sanika S. Mahajan ’21, another member of Our Harvard Can Do Better, said Harvard’s plan to implement restorative justice practices into the OGE’s services are a “testament” to years of student advocacy that pushed for such services. As part of those practices, the new office will include counseling for individuals who have caused harm.

Still, Mahajan said Harvard should continue to solicit suggestions from student activists and expand OGE services to include transformative justice practices ahead of the new office’s launch.

“Inclusion of that language is not of itself something that Harvard can just sit back and congratulate itself on,” Mahajan said. “They need to continue investing in prevention- and community-based responses that are part of restorative and transformative justice, and should continue to take students’ lead in terms of supporting the work that we’ve been doing on the ground and not just co-opting it.”

University spokesperson Nate Herpich wrote in an emailed statement that the changes were “driven by the extensive and thoughtful input provided by our community members.”

“Community feedback combined with the data from the 2019 AAU Harvard Student Survey on Sexual Assault and Misconduct, which showed a need to improve upon community knowledge of the resources and services available, as well as the Report of the External Review Committee, solidified our need to make significant changes to better meet the needs of our community members,” he wrote.

Some experts and advocates said the new office has promise, but cautioned that merging Title IX reporting processes with an office that includes confidential services could deter survivors from seeking out the OGE.

“I think it can be really helpful, theoretically, if Harvard goes through this in a very intentional way that is based on the needs of student survivors,” said Emma Grasso Levine, a campus organizer with the Title IX advocacy group Know Your IX.

“The benefit would be that these both are serving the same populations and ultimately address the same issues,” Simon said.

But she said merging such offices has the potential to deter survivors from seeking help.

“Having a separate sexual assault office is a place where people often go for confidential resources that are not the reporting side of things,” she said.

“It should be geographically separated so that you don’t pass people in the Title IX Office when you want to go talk to your counselor,” she said. “That’s kind of a privacy violation.”

Rosenfeld, who directs the Gender Violence Program at HLS, noted Harvard does not necessarily have a legal obligation to physically separate the resources within the OGE on the basis of their level of confidentiality, but said “it would just be a best practice.” In its current plan, the University will place confidential counselors and Title IX coordinators in different spaces at the OGE.

Still, Rosenfeld said she liked the University’s decision to impose more stringent qualifications in its search for new counselors. The Sexual Harassment/Assault Resource Education counselors in the OGE will require master’s degrees, clinical experience, and more extensive training than the 40-hour certification required for OSAPR counselors.

“They’ll be trauma-informed and not administrators, so I think there’s a real benefit to having them as clinicians because schools must prevent institutional trauma, and students so often say that their experiences with Harvard or other schools were worse than the initial assault — that the institutional betrayal, as it’s called, causes more trauma,” Rosenfeld said.

“While schools might not be able to prevent all rapes, they absolutely can and must prevent all second rapes, because they’re the ones who are causing the harm,” she added.