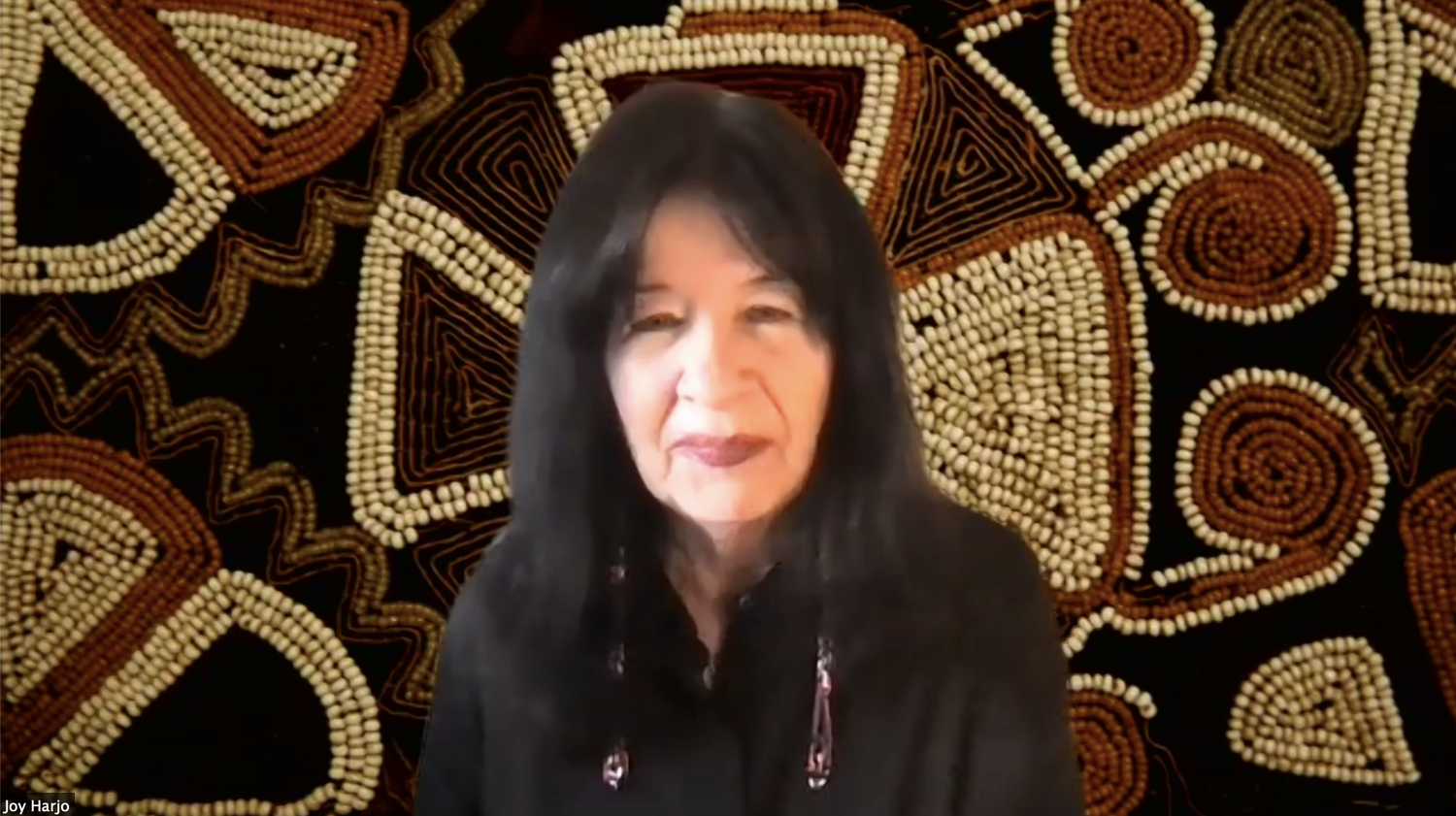 At the event, titled “Native Americans and the National Consciousness” and moderated by Harvard Professor of History Philip J. Deloria, Harjo interspersed her personal experiences as a Native woman with excerpts of her own work and poems from other Native Americans.

Though she read poetry growing up, Harjo said she only started creating her own works after she became involved with activism through the Native students club as an undergraduate at the University of New Mexico.

“I loved Emily Dickinson, I grew up asking for poetry books and reading, but there was always a disconnect between who the poets were and where they came from versus being a young Native person,” Harjo said. “Where were our poets?”

Harjo read a poem from novelist, poet, and writer N. Scott Momaday, a member of the Kiowa tribe and an inspiration of Harjo’s.

“Both Momaday and I have a love of those traditional rituals that place the speaker, singer into an intimate relationship with a place on Earth,” Harjo said. “I believe every poem is a ritual.”

The Poet Laureate also read from a Norton Anthology of native poetry she edited entitled, "When the Light of the World Was Subdued, Our Songs Came Through." The compilation features works from centuries of indigenous poets, including a poem she read by Eleazar, an Indigenous student who entered Harvard in the 1675 before passing away from smallpox prior to graduating.

“The book is constructed again around Earth and place,” Harjo said of the anthology. “There is no American poetry without Indigenous poets, without the roots of Indigenous poetry.”

Harjo’s said one theme in her upcoming memoir, "Poet Warrior," is the parallel between poetry and maps. She said just as maps can tell someone how to get from “where to where,” poetry can impart guidance and instruction.

Harjo, whose other talents include singing and playing the saxophone, also explored the connection between music and poetry. She said her love of sound was one of the factors that drew her to poetry.

University of Oregon History professor Jeffrey Ostler, who attended the event, wrote in an email that one of the “few good things” about the pandemic was that it allowed him to virtually attend an event with “one of America's greatest poets.”

“Medicine for the mind and soul in a troubled time of hope,” he wrote of the event.