‘The One’ Review: An Entertaining Show That Lacks A Special Something 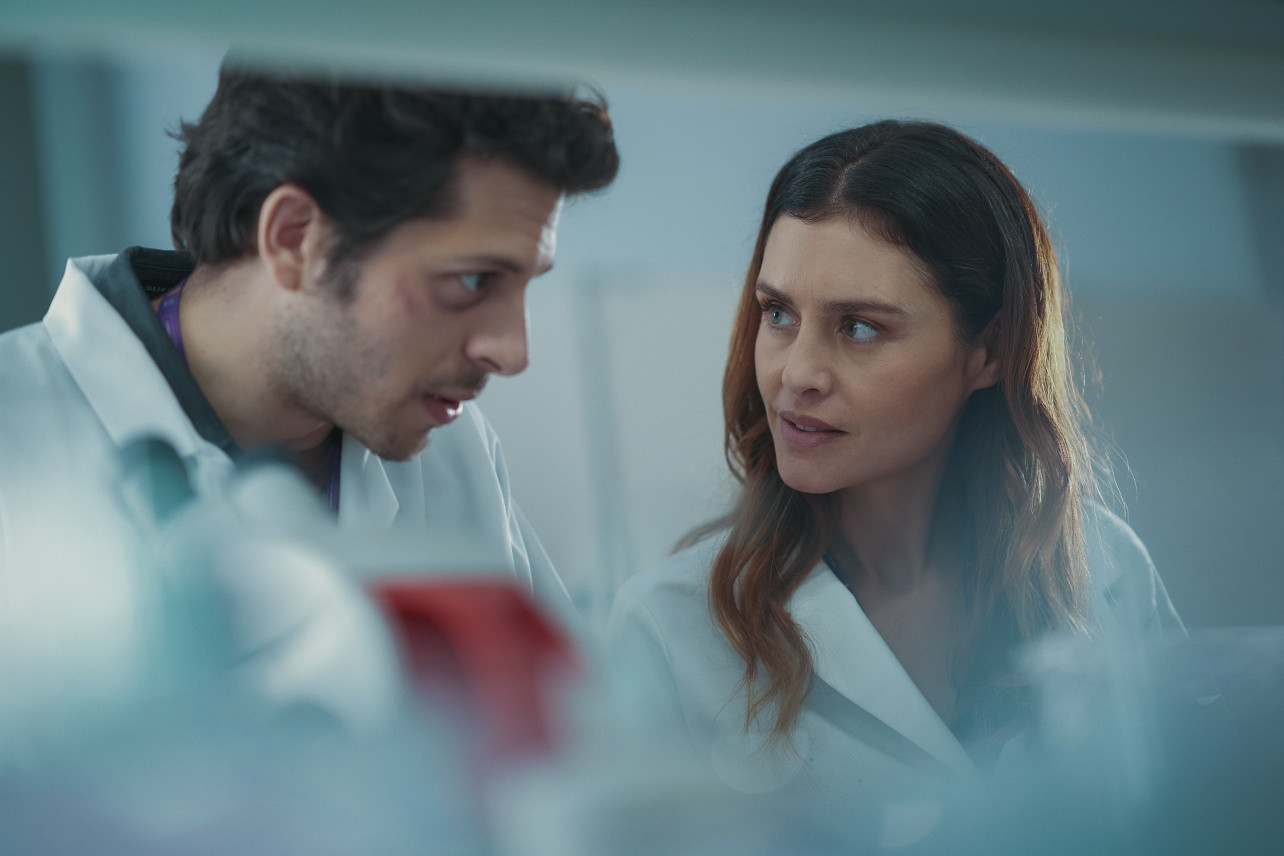 Netflix's "The One." By Courtesy of Netflix
By Mikel J. Davies, Crimson Staff Writer

With a release date in the middle of the pandemic’s second March, “The One” had the opportunity to thrive in a global market of streamers still stuck at home. With a striking cast of mostly unknown performers, the show dove into deep waters, trying to make a splash as one of Netflix’s freshest originals. Its eight episodes dropped simultaneously, basically begging for a good quarantine binge. But the show’s premise, following the emergence of a dating service so perfect that it guarantees love, sounds too good to be true — and it is.

The audience is introduced to three interwoven storylines about the people at the heart and the fringe of the new matchmaking service, aptly called “The One.” Hannah Ware stars as Rebecca Webb, the centerpiece of the show: a maniacal, scheming founder who gave up everything in the pursuit of her vision for helping people find love by pairing them based on their genetic makeup. Throughout the show, we see her flex her influence and power — never more so than in the first episode when Rebecca forces a politician, Elizabeth (Geraldine Alexander), to bend to her will by using her daughter’s match as leverage. These power plays continue throughout the season, but as she repeats the same approach each time, the impressiveness of her wealth and sway wear off. By the end, it’s almost unnoticeable.

The show contrasts Rebecca’s lifestyle against that of more down-to-earth characters through two other intersecting storylines. By weaving the three stories together, “The One” introduces starkly different, more relatable characters, adding depth to what would have otherwise been a very two-dimensional story. This multiplicity brings in a bit of normalcy compared to the elite corporate narrative of Rebecca. The two other threads follow married couple Hannah (Lois Chimimba) and Mark (Eric Kofi-Abrefa) and detective-inspector Kate Saunders (Zoë Tapper), and initially begin as starkly disjointed and seemingly unrelated but gradually intersect in moments that shape their lives and arcs. Weaving together people from dramatically different social classes, “The One” capitalizes on individual differences to bring out the humanity in its story.

These two background arcs serve to show the joys and downfalls of the service The One provides. Throughout their arc, Hannah and Mark are tested as Hannah searches for Mark’s match (the person The One deems your perfect genetic pair). As their story unfolds, it becomes a testament to the resiliency of true, authentic love — unadulterated by genetic testing and scientific tinkering. “The One” makes the case that we can’t always find the perfect love online — in fact, there is not an app for that.

Kate’s narrative on the other hand, is a beautiful and broken story about the trials The One can put people through. Kate matches with a Spanish woman from Barcelona named Sophia Rodriguez (Jana Pérez). After a freak accident thrusts Kate into the middle of Sophia’s fractured past, they discover whether they are truly the perfect match for one another. This dichotomy of one couple reaching romantic nirvana and another rejecting the push of technological love gives depth and realism to a story saturated with British futurism.

In the end, “The One” is a show that’s thoroughly entertaining, but nothing more. The acting leaves something to be desired, but the charismatic cast and intriguing story sets the stage for a good binge-worthy watch. There were opportunities to create larger commentary, but instead, the show came across as mediocre — enjoyable, but nothing special.