What Does Harvard’s Record-Low Admissions Rate Mean For the College — And For Higher Education?

A record-low admissions rate of 3.43 percent — the lowest in the College’s history — has raised questions among professors and educational consultants about the quality and accessibility of an education at Harvard and other increasingly selective institutions.
By Vivi E. Lu and Dekyi T. Tsotsong 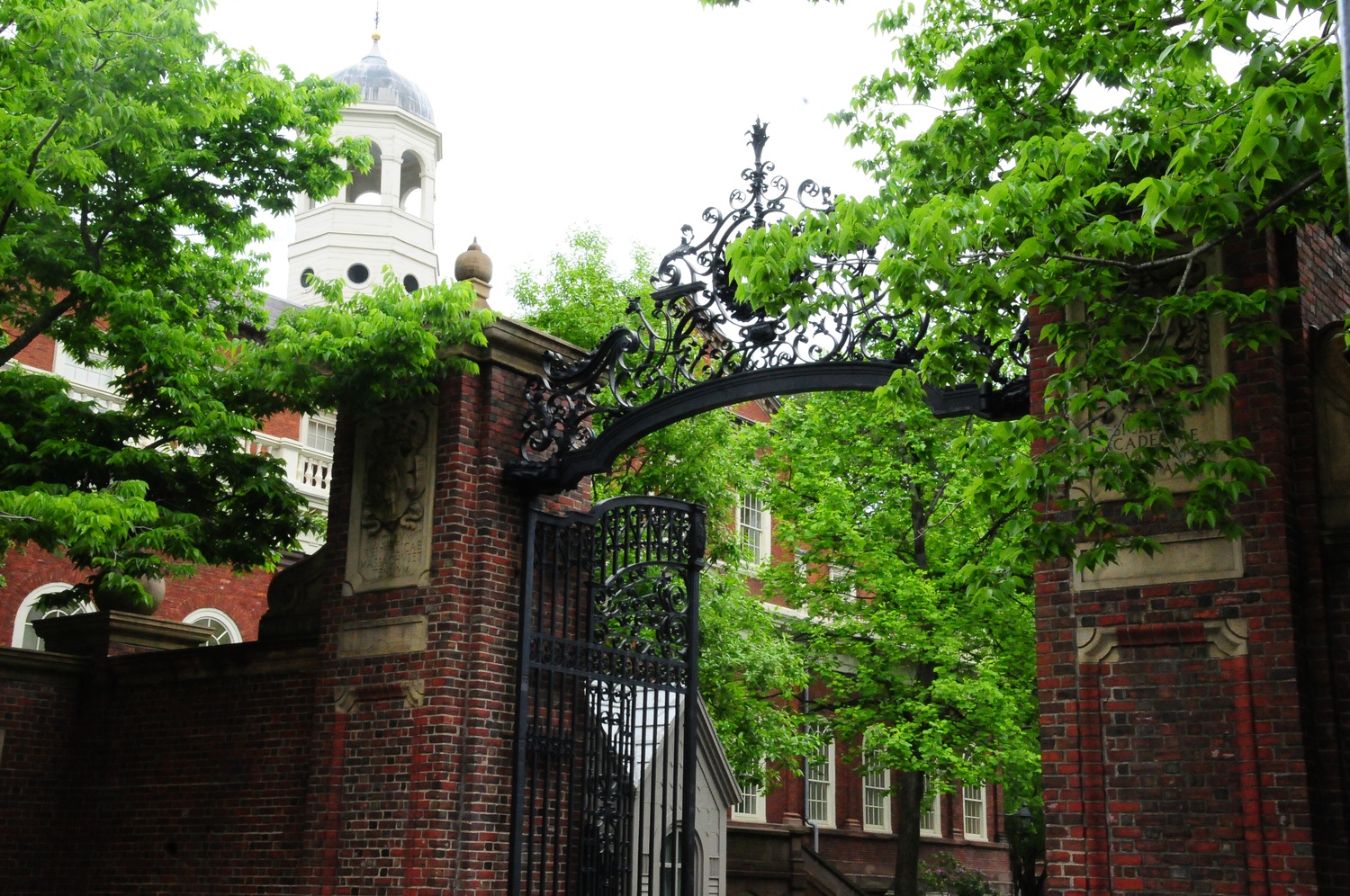 This year's admissions rate of 3.43 percent has raised questions among professors and educational consultants about the quality and accessibility of an education at Harvard and other increasingly selective institutions. By No Writer Attributed

The Harvard College acceptance rate fell to 3.43 percent this year, with just 1,968 out of the 57,435 applicants to the Class of 2025 receiving an acceptance letter.

For some in the college admissions field, this was an indicator of Harvard’s excellence and high quality academics; for others, it was a sign of the University’s elitism and unwillingness to extend its resources to educate more students.

David L. Kirp — a professor at the University of California at Berkeley, who recently wrote an op-ed titled “Why Stanford Should Clone Itself” — said the selectivity of elite institutions embodies the opposite of “what higher education is supposed to be about.”

“It is supposed to be providing the best education to the largest number of students and making sure that they learn a lot and get degrees,” he said.

This year’s admissions rate of 3.43 percent — the lowest in the College’s history — has raised questions among professors and educational consultants about the quality and accessibility of an education at Harvard and other increasingly selective institutions.

‘Just the Mathematics’ or a Deliberate Attempt to Inflate?

While Harvard and some experts argue that the declining admissions rate is driven by an uptick in applications, others said they believe other factors, such as legacy and athlete admissions, or a deliberate attempt to inflate the rate, may also be a factor.

Christine Chu, a former assistant director of admissions at Yale and Georgetown and current college counselor at IvyWise, attributed the record-low acceptance rates at Harvard and its peer institutions to the magnitude of applications they received.

“It was a little surprising to see the increase in the number of applications at some of the top schools, and also just the magnitude of that increase,” Chu said. “But it’s just the mathematics that drives down the acceptance rate.”

Another factor specific to this year’s admissions cycle that might have driven down the acceptance rate was the test-optional policy that numerous colleges, including Harvard, implemented due to the pandemic. The policy lowered the barriers to applying and likely boosted application rates as a result, per educational consultant Whitney Laughlin.

“There is a correlation between that and having test scores not be required,” said Laughlin, who ran a non-profit to help Native American students apply to college and graduate school. “I think that’s why Harvard got so many applicants this year, was that there were kids who were amazing kids, but maybe they didn’t have the best test scores, and they decided to give it a go.”

Jeffrey J. Selingo, a professor at Arizona State University who has authored multiple books about higher education, also said selective colleges intensely market themselves to encourage students to apply, which in turn inflates the rate at which they reject students.

“You’re now rejecting 96, 97 percent of students,” he added. “I don’t think that’s something that you should be proud of.”

However, Steven R. Goodman — an educational consultant and former admissions officer at the University of Pennsylvania — said Harvard’s recruitment efforts are vital to ensuring a diverse student body.

He said he believes Harvard’s Admissions Office and its director, William R. Fitzsimmons ’67, have done a “really good job” in recruiting students from different backgrounds who might not otherwise have applied.

“In fairness, Harvard broadly recruits way beyond what they need to,” Goodman said. “When you look at the efforts that Bill Fitzsimmons has been doing over the years, to go to every corner that his team could possibly go to … they’ve done a really good job of that, in fact, in some ways better than any other school.”

Experts and observers also differ on what a highly selective admissions rate implies about a school — including its standing and its mission.

In a recent survey by The Crimson, over 40 percent of respondents in the Faculty of Arts and Sciences said they believe the University’s standing in higher education has fallen in recent years.

“To some people, it’s the gold standard,” Goodman said of a low acceptance rate. “To other people, it means absolutely nothing.”

Goodman said he believes elite universities are “not at fault for staying elite.”

“If in the marketplace, the eliteness is a proxy for quality, then it is certainly in the university’s interest to do that,” he said. “The ethical question is whether or not that makes sense for other people besides the university.”

For Laughlin, increasing the number of students accepted at elite universities is less important than ensuring their admissions processes are equitable and produce a diverse class.

“You have some very small liberal arts colleges, that it would change their mission to get bigger,” she said. “But they have been able to become more and more diverse over the days. Amherst is a perfect example of that.”

Despite setting the record for its lowest acceptance rate, Harvard’s Class of 2025 is one of the most diverse classes in its history.

Still, Kirp argued that economic disparity exists within each class of students. He cited a 2017 study which found that, “at five of the Ivies, there are more students who come from the top 1 percent of the income curve, than come from the bottom 60 percent.”

Laughlin emphasized the importance of “non-quantitative indicators of success” in admissions processes. She said that in discussing how to make admissions more equitable, she was once asked, “‘Are we lowering the bar?’”

“I took a deep breath, because I’ve heard that so many times. And I said to him, ‘Well, first of all, whose bar is it?’” she said. “And second of all, how do you know that bar proves anything?”

Several higher education experts, including Selingo and Kirp, have argued universities should take steps to increase the number of students they are admitting.

To facilitate that, Kirp argued that elite universities — especially those with large endowments — should build new campuses in other locations.

“If Yale can open a campus in Singapore, why not in St. Louis?” he said. “Those cities would just die to have a Harvard on the grounds.”

Kirp added that this would open up many new jobs for faculty, as well.

“There are lots of faculty members out there in the universe who think they belong at Harvard, and not wherever they’re teaching now,” he said.

Selingo said he believes increasing the number of admitted students by 10 or 20 percent will balance the pressures to admit legacies and recruited athletes, citing recent decisions by Yale and Rice University to increase their enrollment as examples.

“Too often now we see admissions as a zero-sum game, when one person gets in, one person is denied,” Selingo said. “It becomes less of that game, although it’s still going to exist, if you increase the number of seats in the freshman class.”

Selingo also said the pandemic has offered new insights into remote teaching methods, which could facilitate a hybrid model with some students learning off-campus.

“We could actually serve more students, perhaps within even the current infrastructure by having more hybrid courses or offering some online courses to students, offering some time off campus to be pursuing work or internships or undergraduate research,” he said.

Though he acknowledged the cost of these kinds of measures, Selingo said colleges like Harvard are capable of taking such steps, given their wealth.

“These are institutions that are incredibly wealthy, you know, 40-plus billion dollar endowments, or billions and tens of billions in other cases. So it’s clear that they can do more,” Selingo said. “We’re not asking them to do a lot more.”

Despite plentiful suggestions for admissions reform, Selingo said he does not believe that Harvard or its peer institutions will actually implement any of them.

“After doing this for twenty plus years, I’m very skeptical that any president of Harvard or Yale or Princeton wants to take this on,” Selingo said. “And I think the longer they delay this, the longer they kick this question down the road, I think that it’s only going to come back to haunt them, in terms of lawsuits, in terms of government regulation.”

Goodman said he believes Harvard should accept more students, but regardless, believes the debate on who deserves to attend Harvard and other highly selective institutions should continue.

“It’s a variation of the old golden rule, you know, ‘Who holds the gold, rules.’ And since Harvard holds the gold — meaning the billions of dollars in endowment — Harvard gets to define that,” Goodman said. “But should it be an open-ended question for society to debate? Yes.”