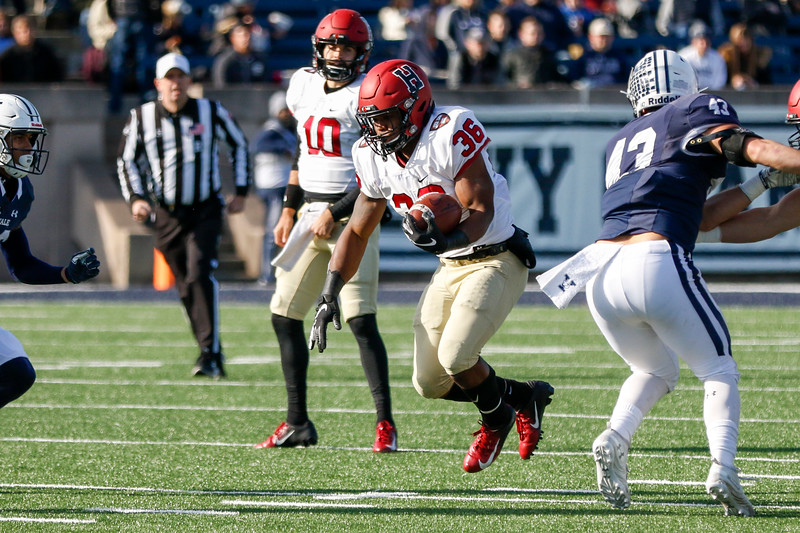 Senior running back Devin Darrington, pictured above in his final game in a Harvard uniform, announced his transfer to the University of Virginia. By Timothy R. O'Meara
By Charles W. McCormick, Crimson Staff Writer

If you can’t get behind a team’s jersey, can you really get behind the team? Jersey design and color scheme can be make-or-break factors when it comes to engendering fan support — Harvard football, beige on a uniform? Really? The Arts Board has selected the best jersey from each of the U.S.’s five major sports leagues in circulation right now so that you can pick a favorite. Your sporty friends will be impressed by your arts and design opinions, we promise. 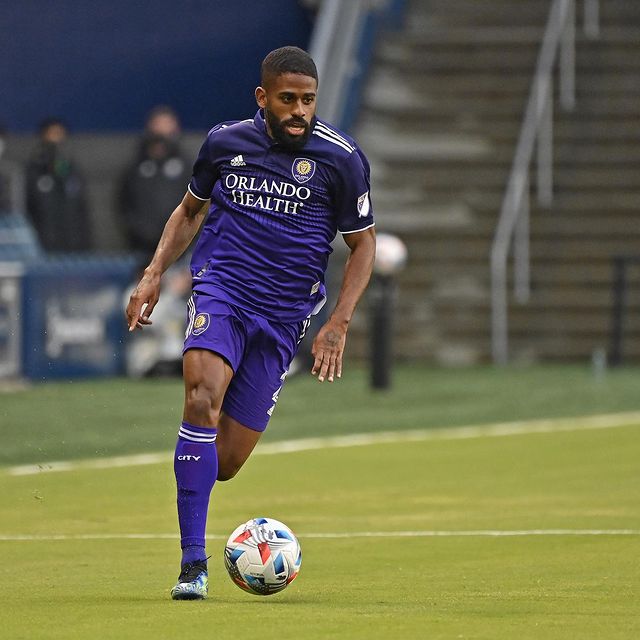 Kicking off our top five is America’s number one sport, Major League Soccer. I kid, I kid, soccer fans — there are plenty of exciting reasons to tune into MLS games, and Orlando’s purple threads might just top the list. Unlike in other sports leagues, MLS jersey designs are often obstructed by team sponsors’ logos. However, MLS is also unique in that teams’ primary jerseys are revamped every other year, and Orlando’s 2021 design proves that the right colors can carry a jersey. A rich and luxurious gradient of dark to light purple gives this kit a sleek look. Especially against a soccer field’s complementary shade of green turf, Orlando’s homage to its “unwavering and resilient fanbase” catches the eye with nonchalant elegance. I’m sure this is also what the players are thinking about every second of the games they play in. 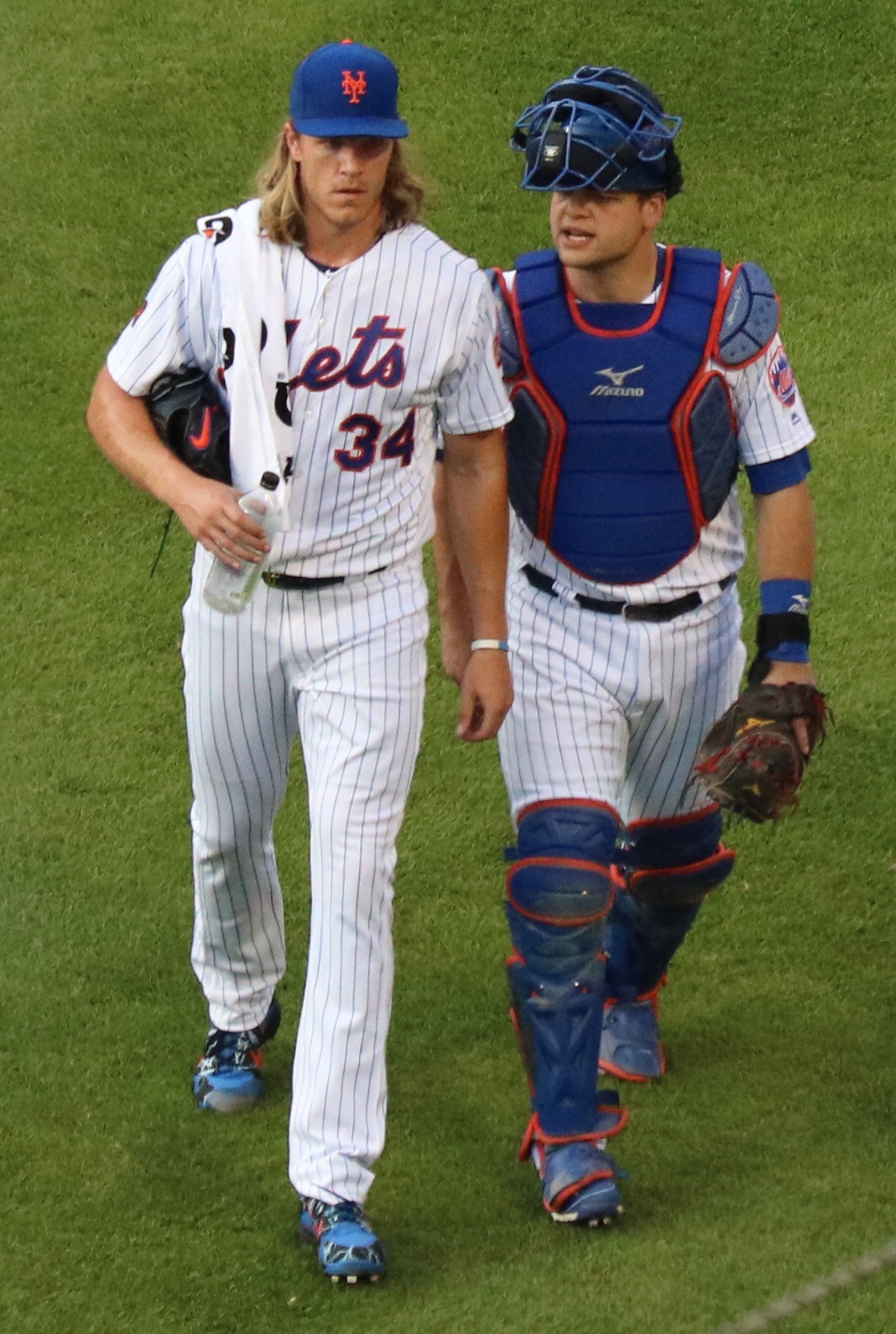 Major League Baseball uniforms also trend towards simplicity: Most teams embrace solid whites and grays with minimal highlights, while braver teams really put themselves out there and flirt with classic pinstripe designs. As much as I tease, I’d be lying if I said there wasn’t something kind of sexy about the Mets’ orange and blue pop. Effortless and flashy all at once, Mets jerseys simply feel fun — a rare descriptor in a sport bogged down by intrinsic sluggishness and centuries-old tradition. Do the Mets’ two World Series titles stack up to the crosstown Yankees’ twenty seven? Who cares. Orange and blue all the way. 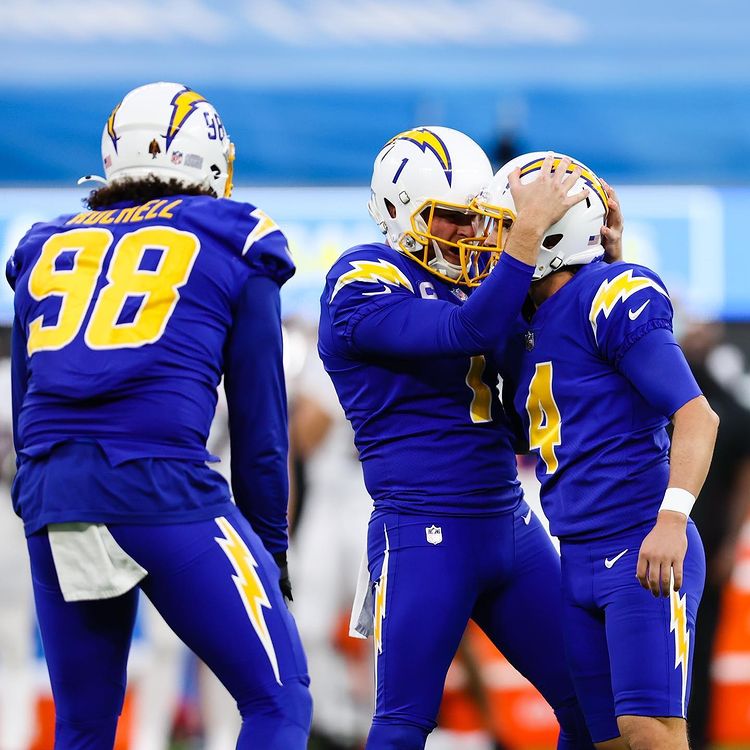 Now we’re starting to get a little funky. Between helmets with mascots and highlights on shoulder pads, National Football League jerseys have a touch more flare than those of the previous two sports leagues. Fully launched in 2016, the NFL’s campaign to pit colors against colors with the Color Rush uniform series has produced some gems, but none stand out quite like the Chargers’ royal blue paint jobs. The deep, suave background is paired with bright yellow accents in a marriage of primary colors that is simultaneously subtle and electric. And how could you ignore the addition of lightning bolts on the players’ leg pads? This jersey is a cheat code. 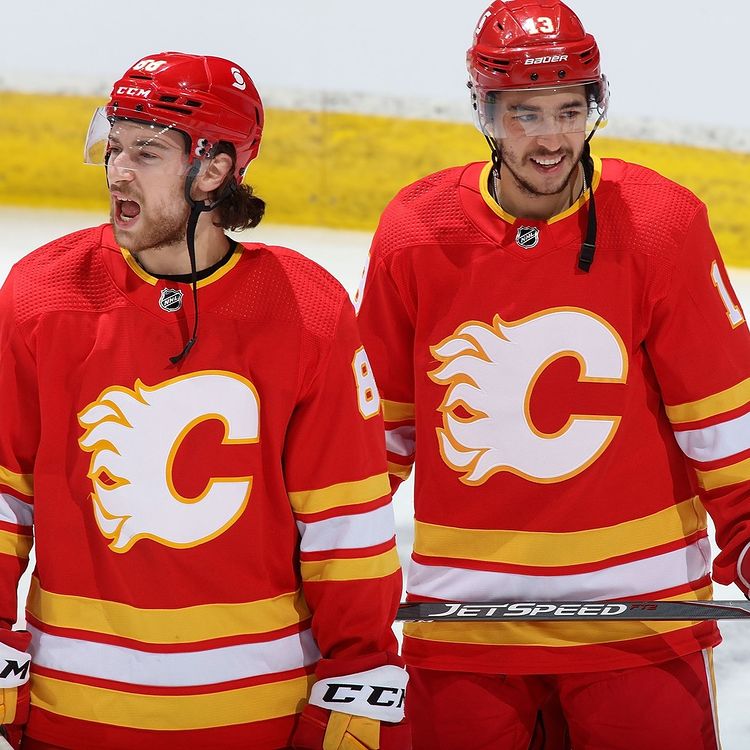 Is it just me, or is it getting kind of hot in here? Wait, that’s just the Calgary Flames’ former throwback alternates being promoted to their primary jerseys as of this past National Hockey League season. Hockey sweaters — jerseys are called sweaters in hockey because that’s what players used to actually wear during games — are canvases for some pretty creative designs, but the Flames take the top spot in this league. It’s hard to go wrong with a classic red, yellow, and white color scheme, and the team’s fiery logo — simple yet impactful — rounds out a jersey that’s brilliantly no-nonsense. The Canadians win this round. 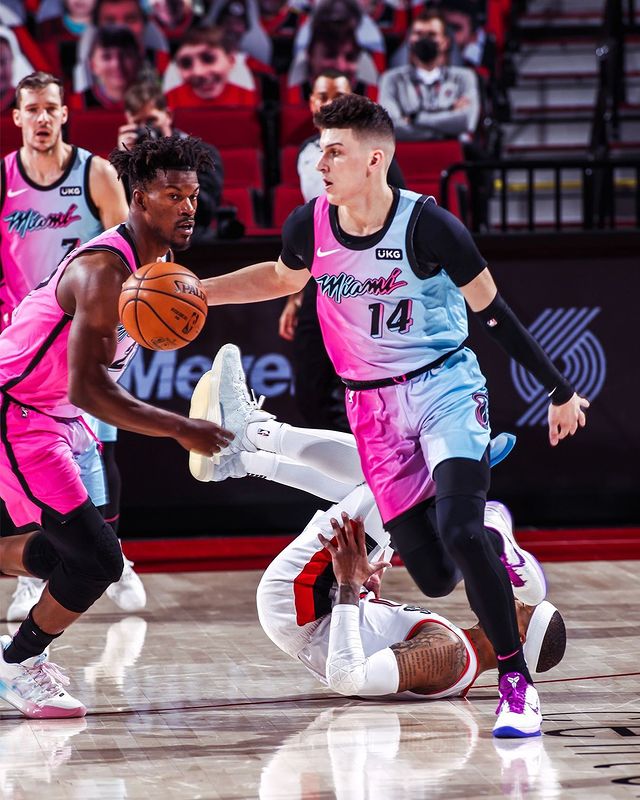 Pink and blue gradient? Check. Black highlights? Check. Overall drip? Double check. The Miami Heat’s City Edition jerseys, part of a joint National Basketball Association and Nike campaign to honor fans’ and cities’ unique cultural and emotional backgrounds, riffs off the aesthetic of the hit ‘80s television series “Miami Vice” to put forward what is without a doubt one of the grooviest jerseys the league has ever seen. The team’s 2021 spin is the final uniform in the City Edition series set to employ the Vice theme, and it’s quite possibly its best yet — smooth and playful, vibrant and commanding. These jerseys belong in a museum.

— Staff writer Charles W. McCormick can be reached at Charles.McCormick@thecrimson.com.